Today was a big release day at D-Streets and the parks. First, 9″ Park 7 Goofy River Country went on sale and a look at the back of the box showed us the four 9″ LE figures for Park 7. 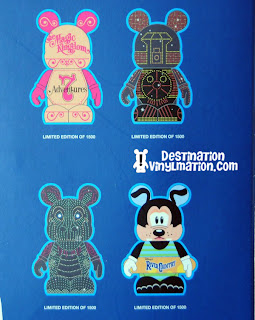 MK 7 Adventures, Goofy River Country and 2 Main Street Electrical Parade figures. All figures are LE 1500. Not surprising there are only four with Disney’s announcement of more types of LE sets besides 9″ and 9/3 combos. We had seen 3 of these at The Florida Project, but the new one was a second Main St. Electrical Parade design featuring the train. 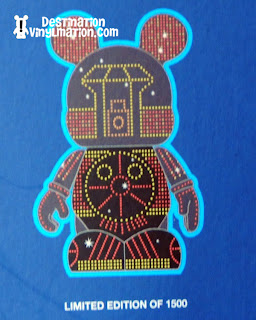 The train is one of the most recognizable floats in the parade because it carries the sign of the name of the parade. 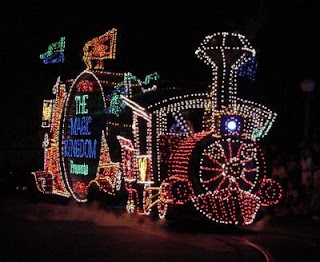 The back will be interesting. Do they take an artistic approach and paint the sign on? Or just more lights like its the rear of the train going by? As I said, we saw the other figures at The Florida Project. 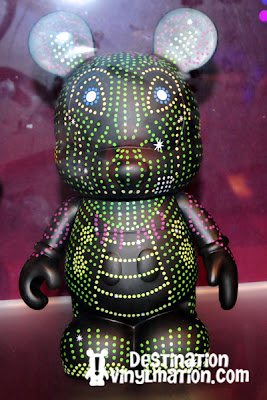 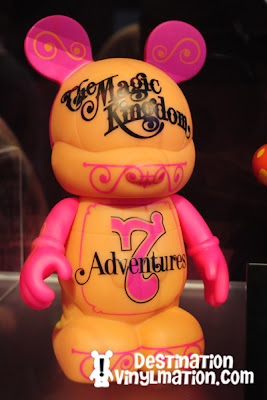 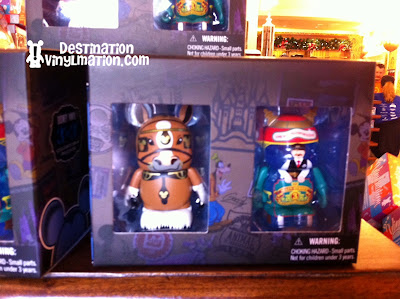 It is for sale behind the D-Street counter… and also at the Emporium inside MK where our friend Chris took the above picture. 9″ Urban 8 figures The Boxer, Fish Bites, 50’s Girl and Sabertooth also made their debut today. 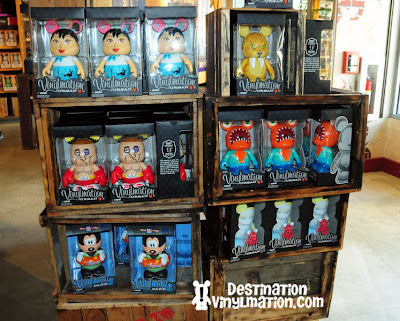 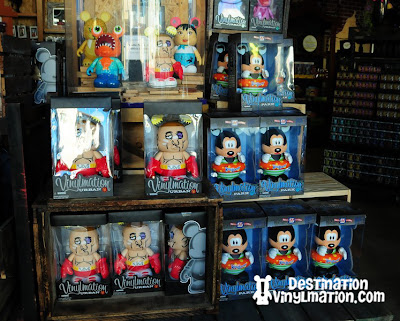 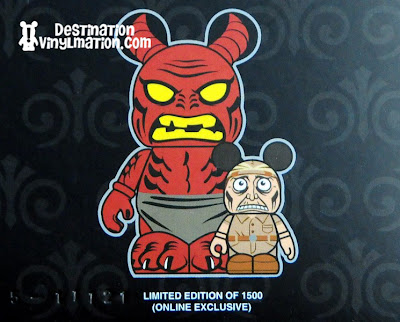 Upcoming 9/3 Urban 8 Archaeologist and Demon that will be sold Online
And in a semi-surprise the 4 open window New Years 2012 Vinylmation hit the shelves. We knew they would be released in early January, just not specifically today. They can be found at D-Street and throughout the parks. 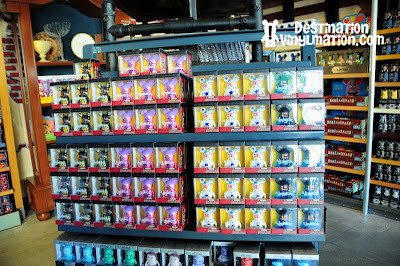 Here is a look at the individual figures. The hat looks like a hard plastic accessory. If you bought them, let us know if it comes off and whats underneath! 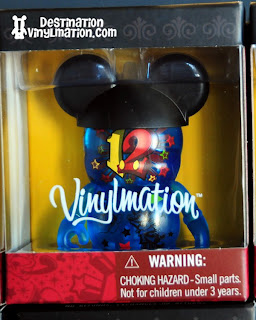 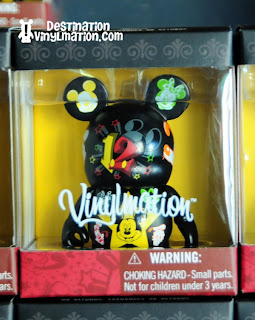 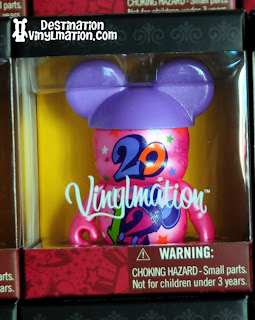 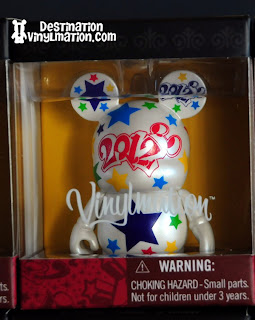 Did you/will you add any of today’s releases to your collection?

Glad we grabbed Trolly set. They are very well detailed figures. Now, how to set up a photo with both of them and the real horse/trolly in the picture.

I like the Electrical Parade vinyls — and I like how those 9″s have noses and buttons (sorry 3″ new mold)!