Update: 2/20/12 Steven Miller later responded in a comment that the Uncle Sam figure will be a separately sold open window box figure.

In honor of President’s Day, the Disney Parks Blog has shown us some great looking upcoming figures. The first is the 9″ Holiday 3 Patriot we saw on the poster at the Florida Project. 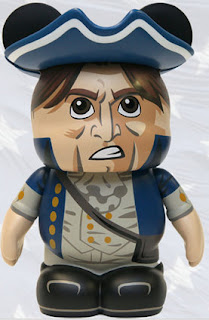 Its designed by Casey Jones and will be released later this year. I like the detailed look on his face and the patriot hat is amazing.

The second is Uncle Sam. Our best guess is this is the first we are seeing if Holiday 4. This figure will be a limited release open window box figure similar to what they release for Valentine’s Day or Halloween and should be released around the 4th of July. Very exciting.
Thanks to @velco_wallet for the heads up!