Have your collection featured by sending an email to: [email protected] 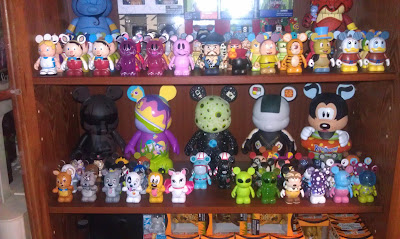 How long have you been collecting?
I have been collecting officially since November of 2010 but I did not really get into collecting until January of 2011. I first noticed Vinylmation when I made a trip to Disney in July of 2010. I could not understand I started to warm up to the idea a little bit. In November when I went back down to Florida with my girlfriend to visit her parents we went to a Disney store and I saw that they had the Toy story Figures. 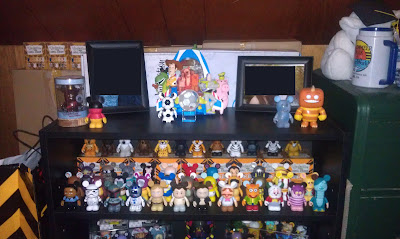 I bought a few bloxes and I was hooked. By the end of the year I had every Toy Story figure but Buzz, Woody, and the 9″ vinyls. When January came around I decided to buy my first case of Animation 1’s and I have never turned back. I have 243 total figures now not including any of my traders (close to 100). 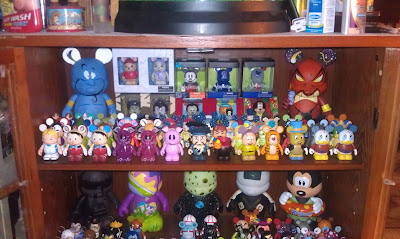 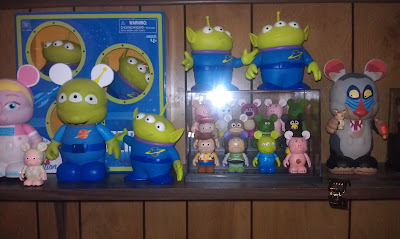 I have aliens all over my room I could not go without having him. I got him from Ebay for $60 and was very excited. (this was the most I have ever spent on a single vinyl before) 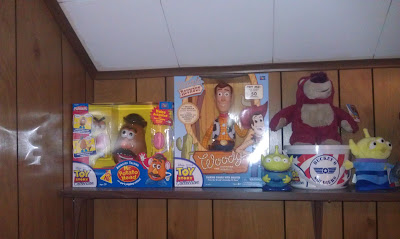 What is your favorite figure that you don’t own?
This is a tough one. There are so many that I really like that I don’t have because I started when they had already been out for 2 years. My favorite 9″ figure is a tie between Sully and Boo and Safari Mickey from Park 1. My favorite 3″ is the watermelon from urban 3. I think it is just a really cool design and have been trying to trade for it for a while now… (If anybody has one please let me know) 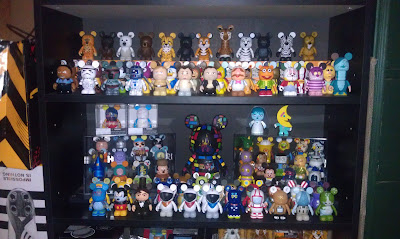 Which of these is the best feeling: Pulling a figure you want… from a blind box you just purchased, from a great trade with another collector, from a mystery trading box at the park or from a clear trading box?
I prefer blind boxing by far. While all of the others are great as well, Blind boxing just has that special rush when you go to open the box. On my last trip to Florida I purchased a few Cutesters 2 from my local Disney store (that was all they had and I couldn’t leave without getting anything), and wound up getting the purple bubbles variant. Less than a week later when I was at the Animation 2 release I blind boxed a Park 7 Figment variant at D-street. My collection seems to grow exponentially every trip I take down to Florida. Without any Disney stores closer than 3 hours from where I live my only options for most of the year are trading through Facebook groups/Forums or Disneystore.com, so when I get the chance to go down to the parks or even just downtown Disney I tend to splurge.