A tease of Pixar Series 1 Vinylmation 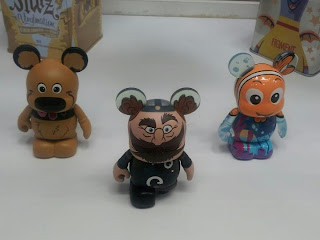 Over on the facebook page, Vinylmation Exchange, Daniel Jue posted this picture from comic con. It’s the first look at the Pixar Series 1. We speculated on this when we saw the Carl and Ellie two pack and it’s packaging made reference to it. It looks like MC was right and the series will be a normal 12 figure blind box series. (That’s speculation at the moment, but the display with 3 loose characters seems to point to it.) This would make the Carl and Ellie figures the first LE from that series. Here’s our breakdown.

Let the speculation begin. Who else would you like for this series?

Previous
Prep your Landing for Frankenweenie?
Next
Classic Collection Preview