History of: Art of Animation, Disneyland

The Art of Animation opened at Disneyland on May 28, 1960 and lasted until September 5, 1966. It sat in the building to the right of the entrance into the Circarama theater. Before the Art of Animation moved in, this building was home to the Satellite View of America. But by the end of the ’50s, the novelty of looking at Earth from space had worn off and audiences had all but disappeared. 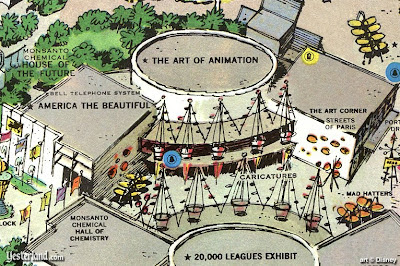 The Art of Animation, was a B-ticket exhibit promoting Disney’s own movies. Inside the room, the perimeter was lined with displays showing how animated movies were made. Adjacent to the exhibit were bins of cels… everything from “Alice In Wonderland” to “Peter Pan”, “Sleeping Beauty”, numerous TV programs and shorts, etc…. that guest could purchase for just a few dollars each. 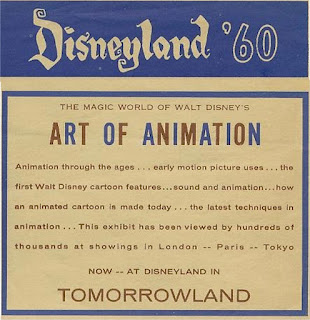 The 9″ Park 9 Vinylmation has a replica of the poster that promoted this exhibit. 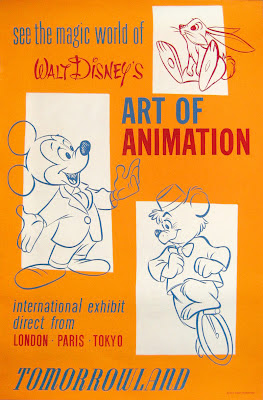 It’s a perfect representation with Mickey drawn on the center front, Thumper on the ear and Bongo on the back. 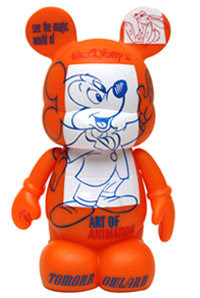 Overall it seems like a relatively simply (but spot on) nod to a seemingly forgetful Disneyland attraction. But maybe this place inspired future animators and designers? In that case we do owe it a bit of gratitude? Do you have a special memory of the this short lived attraction? 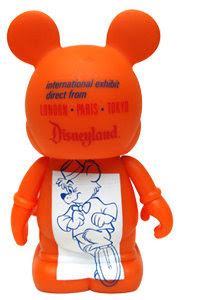