Thanks to @Vinylmati0n for the tweet about these new Halloween themed vinyls to be released in Japan. 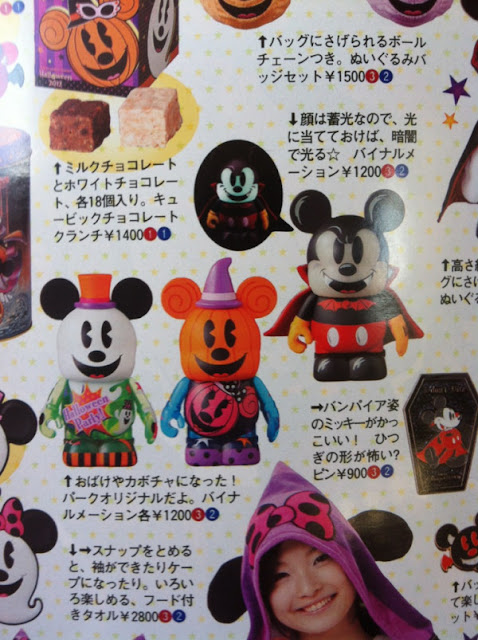 September 1 is the released date and 1200 Yen ($15) is the price. There is a glow in the dark Mickey Vampire. The cape looks similar to the Vampire Goofy released today at Disney Stores. The face looks great and I like the little bit of shading drawn into the ears and feet. There is also a Mickey Pumpkin with a witch hat. The body of that one has a Minnie Pumpkin floating through it and appears to have clear blue arms. I think I would rather have 2 different ones or the pumpkins stacked on top of each other. The third is a Ghost Mickey with a hat. The body says “Halloween Party” with another ghost floating through it. The bottom looks like the top of a trick or treat bag. Its a fun Halloween design.