The Disney Villains want to overtake Walt Disney World. Their only portal to our world is through a mirror in which they shatter into 13 pieces. Our only hope rests in the power of our favorite Disney character friends to fight the evil. BEWARE! The Disney Villains are coming… 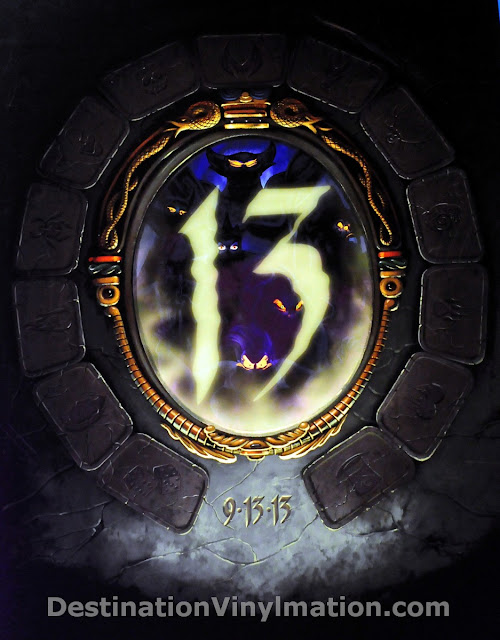 Next year, 2013, is the 13th anniversary of Disney’s pin trading event which is held in September. That very month will also contain a Friday the 13th. This makes the perfect opportunity for an event Disney is calling “Reflections of Evil 13.” The trading event will be held from September 13-15 with the first two days being dedicated to pins and Sunday the Vinylmation day. 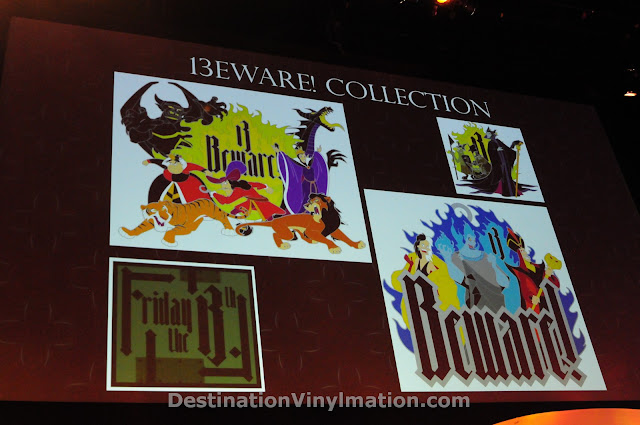 Little is known about the event at this time beyond the Disney Villains theme. Also take note the “B” in Beware is made up of a one and a three. The crowd reacted overwhelmingly positive to this announcement. I know I am excited. We do know there will be Villains themed Pins and Vinylmation as well as other Disney characters tossed in as (seemingly) both heroes and dressed up as Villains. The pin collection has already technically launched with a 13 pin series being released one per month leading up to the event. No specific Vinylmation have been announced, however while taking to the Disney Design Group at Mickey’s Circus, we do know the artwork has already been done. We are so very excited to see the results and the theming. How about you?

I’m really going to have to make it out to Florida for this.

I love that they are posting info about this a year in advance, gives us who live away from the parks a chance to plan things. Will definitley try to make it out to this event! :)