Vinylmation Exchange posted a photo of the yet to be officially announced Park Starz 2 Variant Set that is scheduled for a July release. 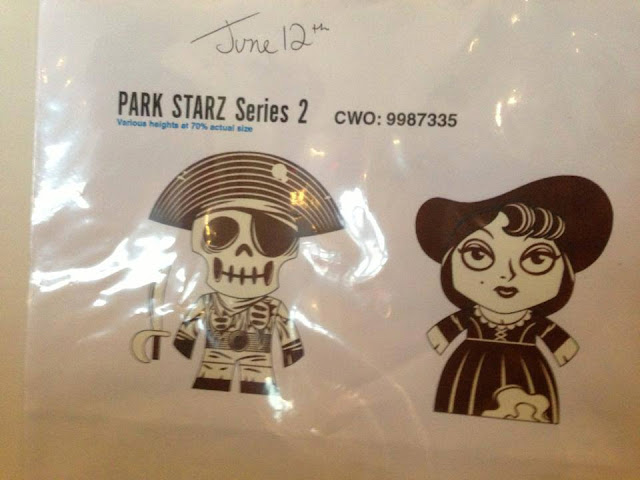 It looks like the Pirates of the Caribbean Red Head will be teamed up with the series one POTC Pirate Skeleton for a sepia toned combo pack. As someone who is already not a huge variant fan, I think this is a big miss. First of all… she is the RED HEAD. She is known for her red hair. The original version is perfect in every possible way. I understand the vintage idea of using sepia for the pirates attraction, but I think sepia could have worked better for a Mark Twain or Wally Boag. That being said, POTC is much more popular than those two figures and so this will be marketed and will sell very well. This pack should be LE 2000 and cost $49.95.