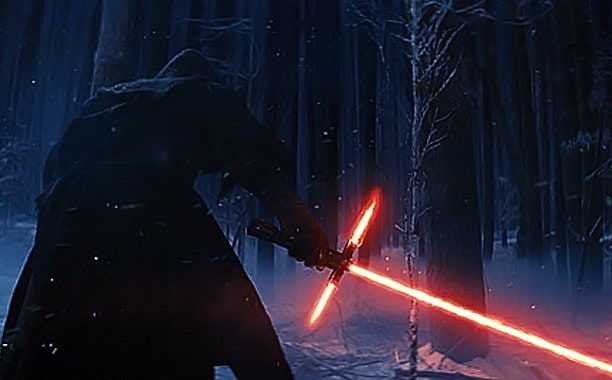 There were rumors this week that some of the cast and crew of “Star Wars: The Force Awakens” were heading to Ireland this month to film reshoots. Lucasfilm came out and let Entertainment Weekly and the world know that although they were heading to Ireland this month it was not for rehoots for “The Force Awakens” but it was to start filming “Star Wars: Episode VIII”.

The initial reports out of Ireland were that J.J. Abrams and company were returning to the island Skellig Michael off the southern coast of Ireland later this month for some additional photography.

Lucasfilm now tells EW that the confusion about what was shooting came from them trying to stay low-key and using the title ‘Star Wars’ without differentiating between the films.

Skellig Michael is a sharp cluster of rocks rising 715 feet out of the sea, wearing a coat of lush vegetation wherever the land is flat enough to take root. It’s also home to many sea birds, some of them threatened, which has led the Irish environmental group An Taisce to object to filming on the island, according to The Irish Times.

The island is home to the ruins of a small monastery that was occupied for between 400 and 600 years until the 12th century, which is most likely why the Star Wars team is interested in shooting there. The island is a UNESCO Heritage Site and tourism is severely restricted to prevent damage to the ruins, which include steep, crumbling stone steps that rise to the monastery at 600 feet above sea level.

How will it be used in the story? Only those national park inspectors and the birds they’re watching will know for sure.

Next
Osborne Lights Dancing for the Last Time