"Rivers of Light,"the majestic nighttime jewel, coming to Disney's Animal Kingdom creates an illuminating musical experience for guests. Currently in development with a premiere date to be announced soon, "Rivers of Light" will celebrate the magic of animals, humans and the natural world with a blend of performers, floating lanterns and theatrical animal imagery. (David Roark, photographer)
Home
Parks & Resorts

A second nightly Rivers of Light showing has been added at 8:30pm on Saturday, February 18th and Sunday, February 19th, 2017 due to guest demand. These are in addition to the already scheduled 7:15pm showings. 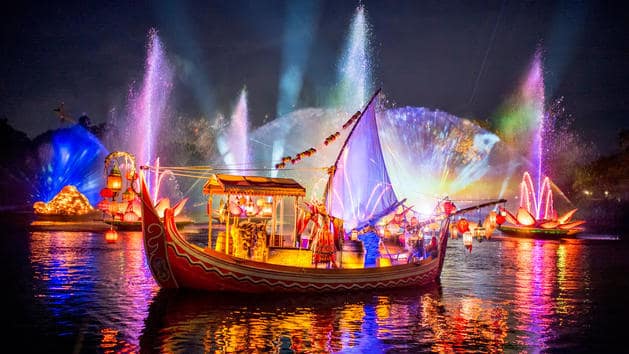 FastPass+ reservations are open for these additional shows now. No additional dining packages have been released at Tiffins or Tusker House, however.

Previous
Beauty and The Beast Fantasyland Layover Coming to Disneyland

Next
Kohls Launches Beauty and the Beast Collection