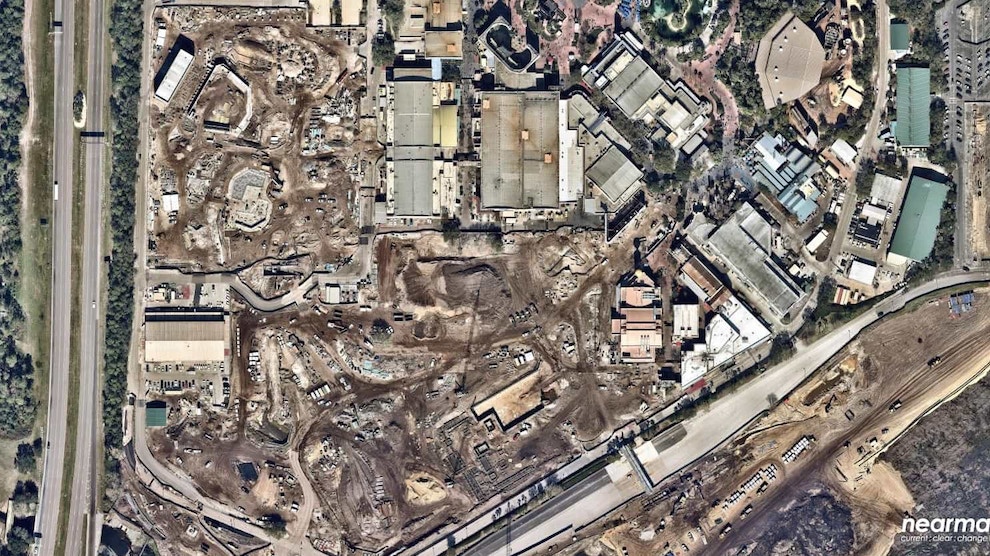 The following aerial satellite images of the Star Wars and Toy Story Land construction sitesat Disney’s Hollywood Studios comes to us courtesy of NearMap. The latest images were captured on January 24th, 2017.

The below overall shot gives you a good idea of the scale of the project. Despite the fact that the walls at the end of PIXAR Place show art for Toy Story Land, that site is actually part of Star Wars, with the Toy Story area contained behind Toy Story Midway Mania. 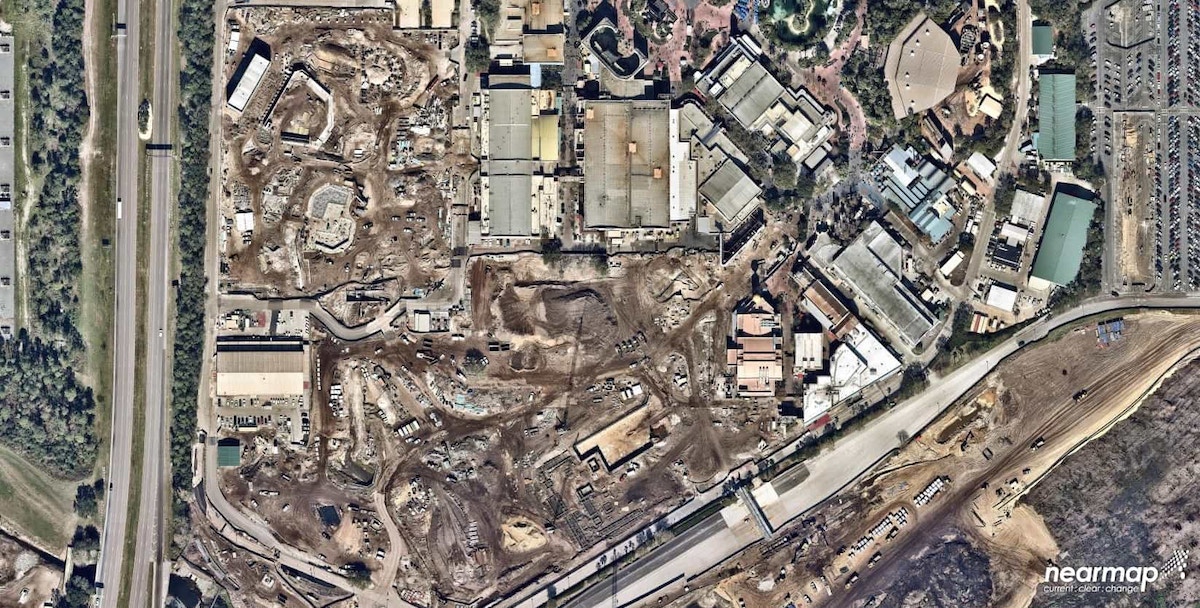 In the north-west corner is the large building that will contain all the “back-of-house” needs for the Slinky Dog Dash rollercoaster. What will be the load station is just to the right of it in the picture. To the south is the ride mechanism for Little Green Men Swirling Saucers. We can make out the interlocking tables that will take the saucers on a double figure eight pattern on one of two separate systems, just like Mater’s Junkyard Jamboree at Disney California Adventure. 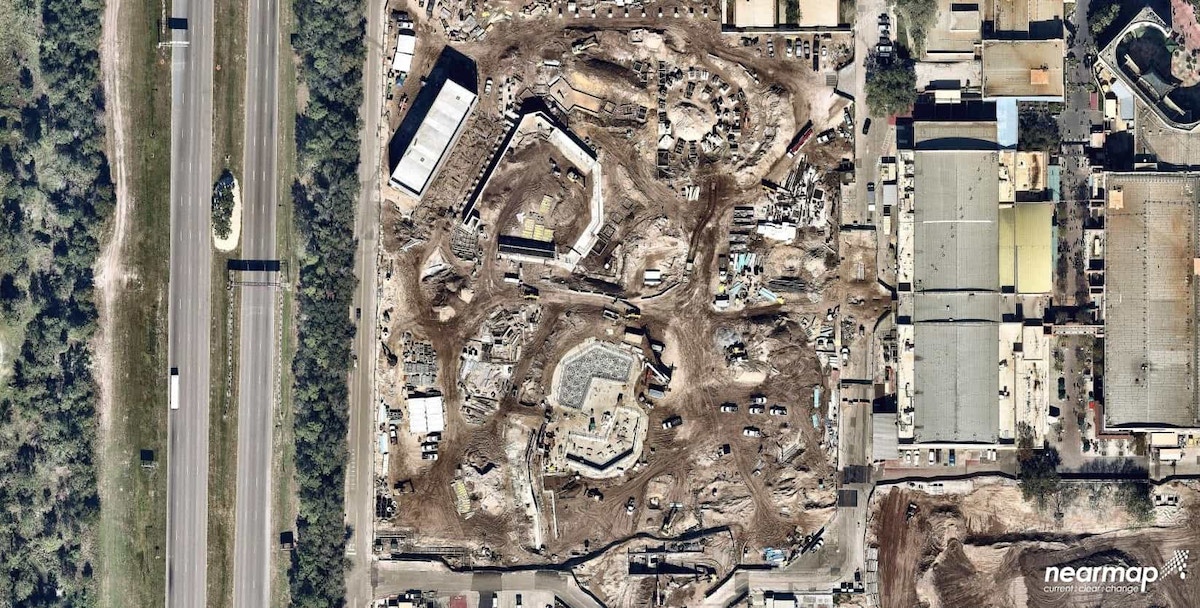 Not much has changed in Star Wars Land, just more land preparations for the two attractions. 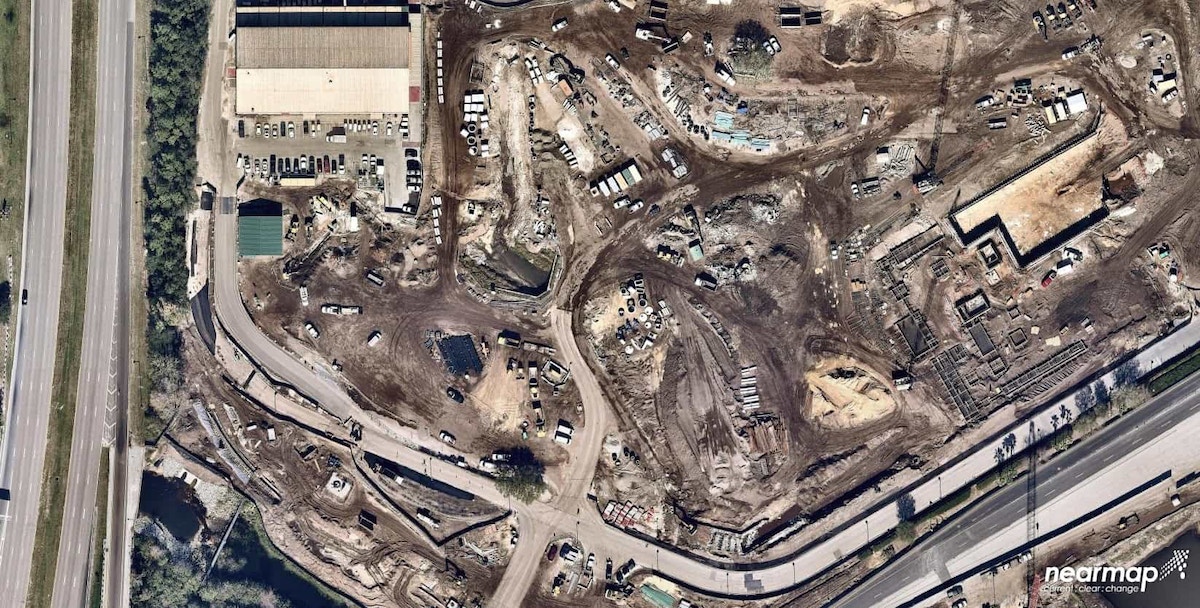 Below, a closeup of what should be the site for the “Battle with the First Order” attraction. 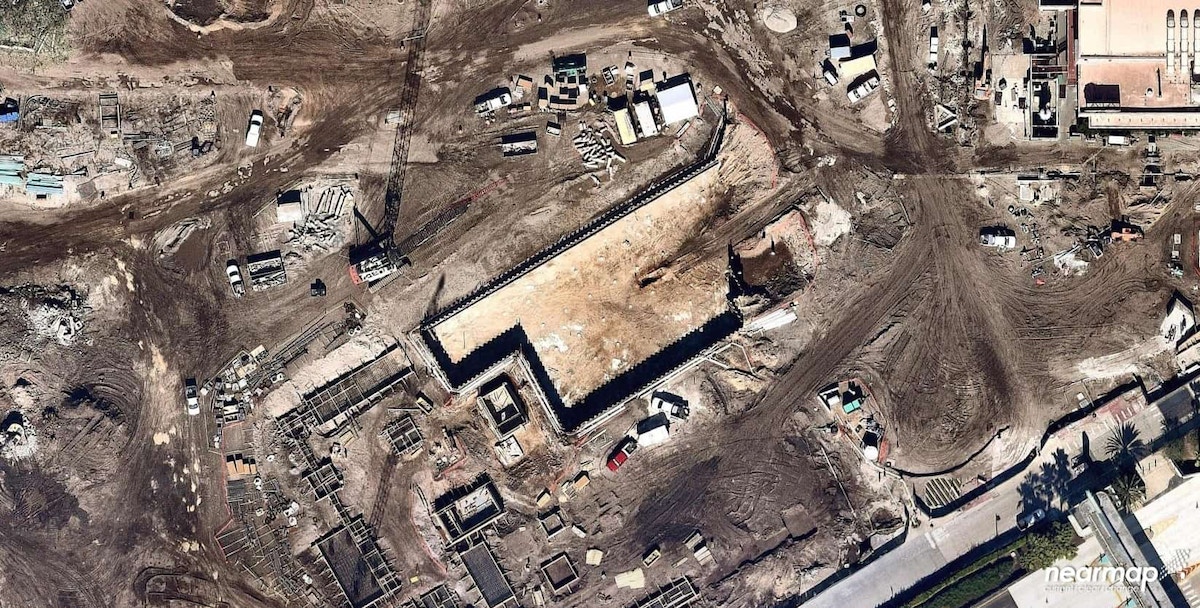 Below are some nifty sliders where you can see the progress made between September 19th, 2016 with January 24th, 2017:

Star Wars Land will open at Disney’s Hollywood Studios in 2019, while Toy Story Land is rumored to debut in 2018.

Thats a long time for Hollywood studios to be barely a half day park. Excited to see the finished products of course.

[…] every guest has a cell phone. Some of the more enterprising ones even have drones. Not to mention satellite imaging. So unless Disney wants to drape the entire building site under tarps, fans are going to have a […]

Nearmap has updated pics as of May 5th. Could you show them? Thank you!