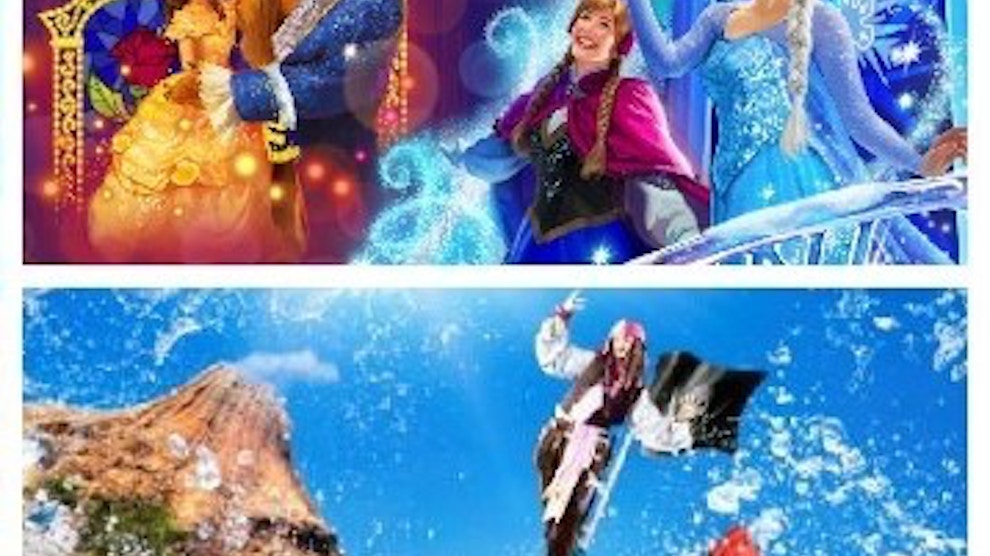 On February 1st, 2017, Oriental Land Co. released more information on the many events and entertainment coming to the Tokyo Disney Resort in the year of 2017. Many of the events announced are regular seasonal events.  “Disney’s Easter”, “Tanabata Days”, “Disney Natsu Matsuri”, “Disney’s Halloween” being a few.

Some exciting new additions have been made to the many things that go on in Tokyo Disney Resort. These include “Disney Pirates Summer” and a Pixar themed event, a new show,  and additions to the Electrical Parade will premiere this year.

Here is some additional information on the brand new fun coming to Tokyo Disney Resort in 2017!

During summer of 2017, this exciting new Pirates of the Caribean event will be making its debut at Tokyo DisneySea. Captain Jack Sparrow himself, along with many other pirates, will be in their very own show on Mediterranean Harbour. Following a recent trend in the Tokyo Disney Parks, and will have tons of water spraying and splashing, letting the guests get wet and cool off during the hot Japanese summer. There will also be a crew of pirates providing atmospheric entertainment. Along with this summertime event comes new merchandise, food, and decor that will revamp Tokyo DisneySea into the world of Pirates of the Caribean. This event will also be making their way into Tokyo Disneyland as well, where there will be extra decor and atmospheric performances close by the Pirates of the Caribean attraction. With the next movie, Pirates of the Carribean: Dead Men Tell No Tales, premiering on July 1st, 2017, this event is perfectly timed.

There hasn’t been much information released about this event yet, but we do know that it’ll be a brand new Pixar-themed event at Tokyo DisneySea starring oodles of the most popular Pixar characters we know and love. This event will consist of shows, meet and greets, along with lots of special merchandise and food!

A renewed version of the “Tokyo Disneyland Electrical Parade: Dreamlights” will be hitting the hub on July 11th, 2017. This renewed version is set to include 5 new floats. The first being Anna and Elsa’s Ice Castle, which will presumably be very similar, if not the same as the one in Paint the Night. Cinderella will also be getting a little more love with two new floats which will be Cinderella’s Pumpkin Coach as well as the grand ballroom with Prince Charming by her side. The much missed Beauty and the Beast float will be making a comeback after it’s departure after the 2011 renovation of the parade. The existing floats will be getting upgraded LED lights, so the whole parade will be getting a little bit of added oomph.

There will be a brand new show debuting on July 11th, 2017 starring the one and only Mickey Mouse and all his pals. The show will be taking place at the Dockside Stage in American Waterfront and will be replacing “A Table is Waiting” which is scheduled to take its final bow on March 17th, 2017.

Mia is the resident Tokyo Disney Resort writer who lives in the frosty land of Canada. She is known for loving the Haunted Mansion a little too much for her own good. She loves visiting the parks, and hopefully will someday become a local.