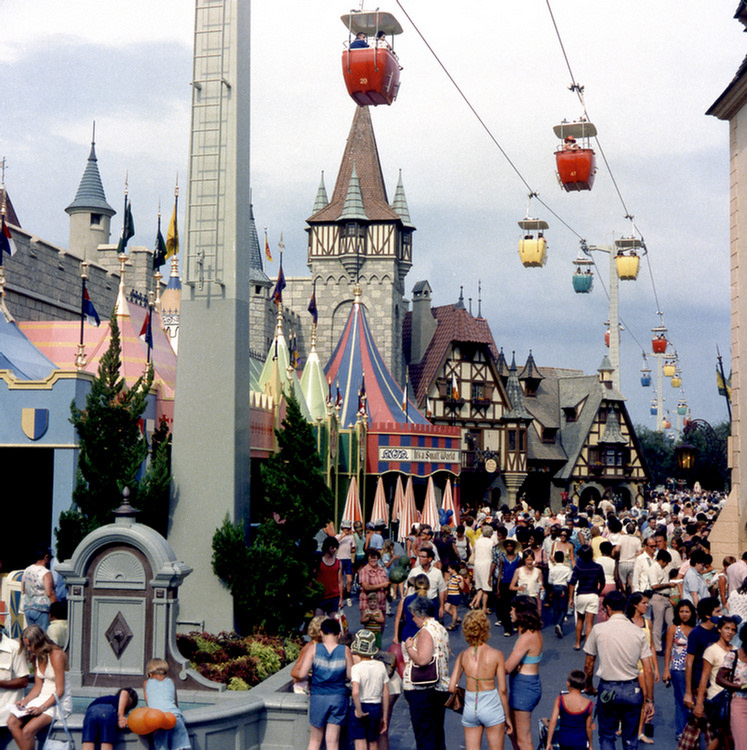 This one is a bit wacky, but according to recent permits filed by the Walt Disney World, it seems that a Skyway-type gondola transportation system may be installed to transport guests between Epcot and Disney’s Hollywood Studios (as well as a few resort hotels in between).

If the buildings on the permits are indeed for stations, the system would include stops at Epcot’s International Gateway, Disney’s Caribbean Beach Resort, a shared station at the Pop Century and Art of Animation Resorts, and Disney’s Hollywood Studios. See our illustration below:

It’s no secret that Disney will not build a monorail expansion for cost and efficiency reasons, so would they build this instead? The timing seems right with the massive expansion work at Disney’s Hollywood Studios and soon-to-commence at Disney’s Caribbean Beach Resort. The stations and turns are in spaces not currently used by any other structures or infrastructure.

The original Skyway attraction once operated at the Magic Kingdom park from 1971 until 1999. This new system would likely include much larger, enclosed gondolas, however (similar to the New York system pictured at the top of the article). It would be nice to have the Skyway back at Walt Disney World, in name at least. A modern homage to a classic Disney attraction that would now serve a real transportation purpose for many a guest.

We will keep you in the loop as more information on this rumored project becomes available.

Our thanks to the group of Disney World fans who pieced together this information!

Next
Harrison Ford Involved In Near Hit With Passenger Plane