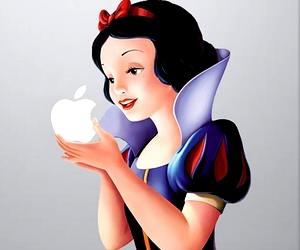 According to Yahoo Finance, many industry insiders are speculating that Apple could be looking to buy the Walt Disney Company…

Apple’s cash pile of more than $200 billion is a favorite topic of investors, bloggers, and traders. It might be the largest cash reserve for any private company in history. So what is Apple going to do with all that dough?

One theory is that Apple will use its stockpile to buy Disney, according to RBC analyst Steven Cahall:

“Bulls think it portends well for a swan song exit via a sale to a giant like AAPL,” Cahall wrote in a note sent out to clients on Friday.

After all, we are living in a world where “content is king.” Currently, there is a battle raging among content providers for your eyeballs. Content providers, want you hooked and ready to consume more of your favorite content and all of the other licensed products that go along with it.

When analysts and investors think of content, Disney is the first name that comes to mind.

RBC is not the only one speculating an Apple takeout of Disney is a possibility.

In her fourth-quarter investor letter for 2016, Samantha Greenberg, founder of hedge fund Margate Capital, raised the same possibility, describing the company as a “logical acquisition target” for Apple:

Apple has talked about the benefit Apple sees when it owns exclusive content, and owning Disney would reduce Apple’s exposure to product cycles, expanding AAPL’s valuation multiple…It would also be an accretive use of Apple’s cash and even more so if Apple’s $200Bn of offshore cash can be repatriated favorably.
Additionally, in November 2016, Liberty Media Chairman John Malone predicted that if Disney were to spin-off ESPN, Apple could buy it.

“Fundamentally, Tim Cook is a global player, and fundamentally, ESPN is a domestic service,” Malone said, that Apple and Disney would be a better fit without ESPN because then they would both be global players without domestic ESPN holding them back.

While the likelihood of such a deal might be a long shot, it is interesting to ponder what such a deal could mean for both companies.

Stay tuned for more information on this story as it becomes available.

D23 Offering Behind The Scenes Tour of Pandora: The World of AVATAR with Joe Rohde