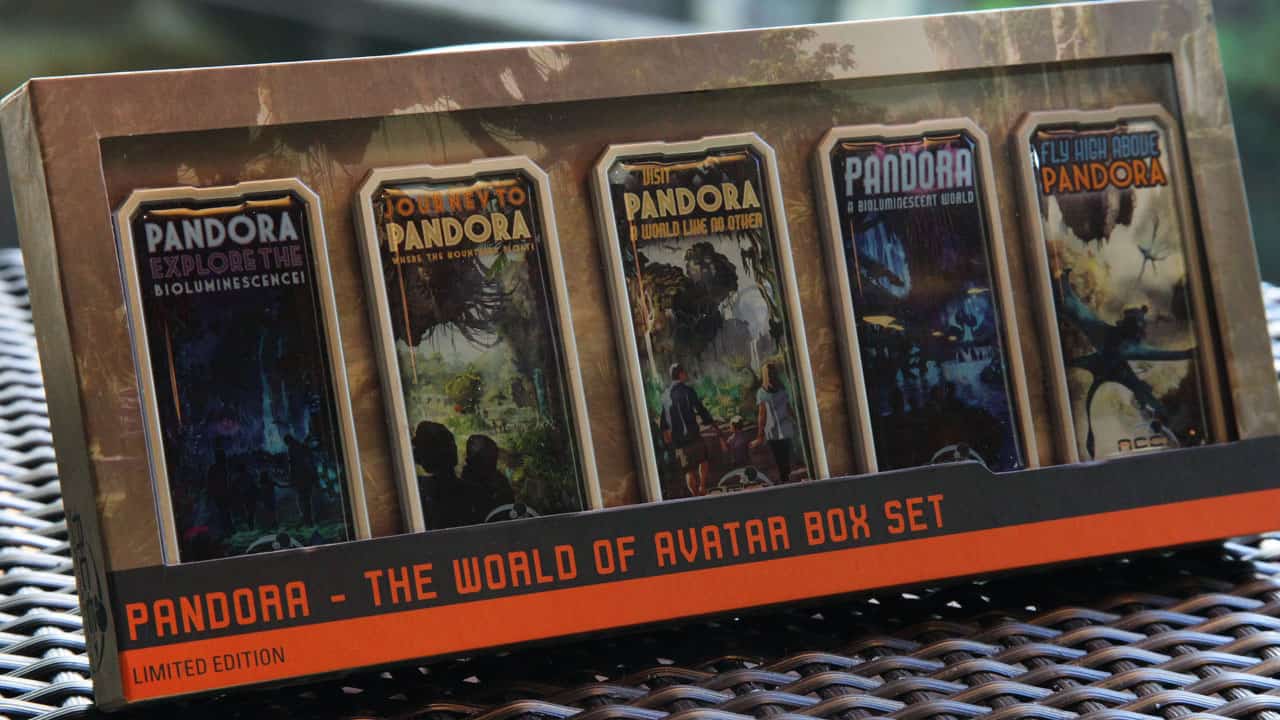 As we inch closer to the opening of Pandora – The World of Avatar in summer 2017, Disney has announced a new limited edition pin collection coming to Disney’s Animal Kingdom Park starting today, March 2. This item is the first AVATAR related item to be sold at Walt Disney World, marking a milestone for the project. 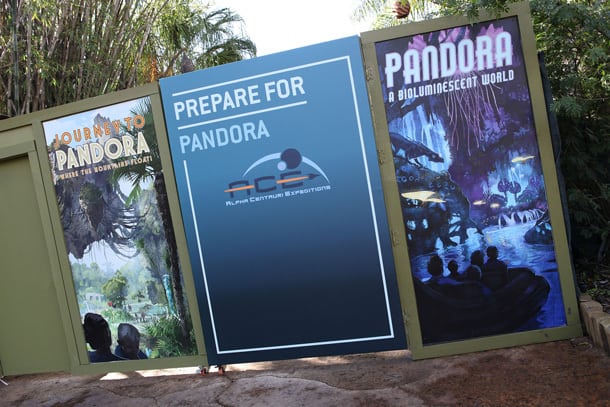 Artist Dylan Cole designed the travel posters which inspired this pin collection. Attendees may recall getting a first look at the travel posters during the D23 Expo in 2015. Dylan provided design work on Disney’s “Maleficent,” and is currently Co-Production Designer for the upcoming “Avatar” motion picture sequels. Today, guests may see these posters near Tiffins restaurant in Disney’s Animal Kingdom Park. 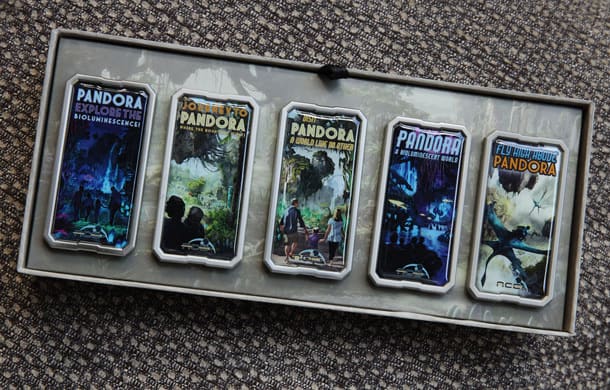 The final two pins in this collection, called “Completer pins,” will only be found in the five-pin boxed set containing all five travel posters. The boxed set will have an edition size of 250, and will be released during the opening of this new land on May 27.

There will be a purchase limit of two limited edition pins, per style, per guest, per release. These pins will not be available via Shop Disney Parks app or the Disney Parks online store.