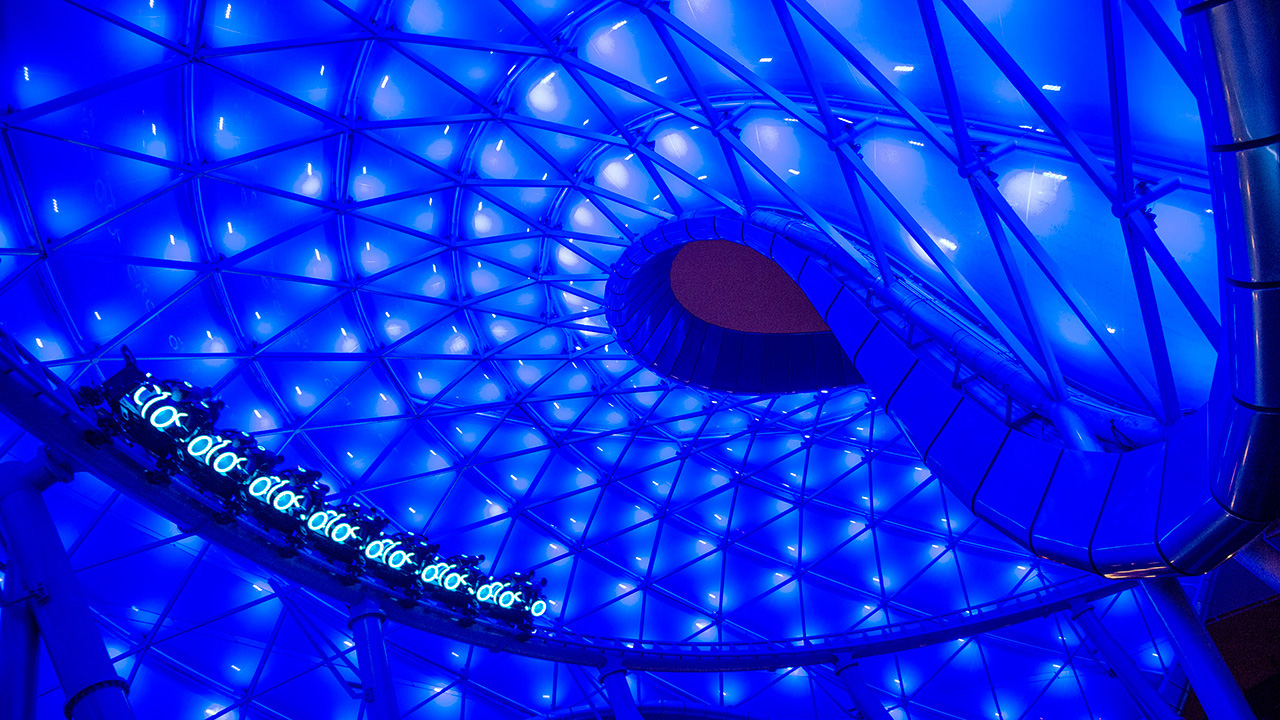 A few months ago, we told you that it was rumored that the popular TRON Lightcycle Power Run attraction from Shanghai Disneyland would be making its way to Walt Disney World sometime in the next 5 years. Well, it seems the project is close to approval, but it may also be heading to California…

According to sources, budget and preliminary design teams for Walt Disney World and Disneyland Resorts have been sent out to Shanghai to make the project into a reality here in the United States. The decision to move forward with a TRON reboot/sequel has likely heavily influenced the decision to go through with the attraction domestically.

Walt Disney World is planning to build the attraction in Tomorrowland ahead of October 1st, 2021, the start of the 50th anniversary celebration for the entire resort. This would ensure major new additions in each of the four parks leading up to what should be a milestone event lasting 18-24 months. The enhancements at Epcot should begin by that time, and Star Wars land, Toy Story Land, and Pandora: The World of AVATAR will all be open and operating, leaving Magic Kingdom needing something big and new. Currently, the attraction would sit on the site of the Tomorrowland Speedway, but the former Galaxy Palace Theater space (now cast member parking) is a possibility.

At Disneyland, rumors indicate that the former Innoventions building (now home to Star Wars Launch Bay) in Tomorrowland would be the site, allowing the outdoors portion of the coaster to soar beautifully over the Tomorrowland skyline. That being said, some believe the coaster will be repurposed for the MARVEL-themed land at Disney California Adventure, perhaps taking the place of the long-rumored Captain America launch roller coaster. Either way, expect this ride system to show up at the Disneyland Resort around the same time as Walt Disney World unveils theirs.

As always with rumors and attractions in the design phase, things can change, or even be cancelled entirely. Based on how much we are hearing about this already, I would be very surprised to not see this roller coaster “rez” in the U.S. sometime soon.

The Polite Pig Opens at Disney Springs on April 10th

VIDEO: Disney Animators Bring Classic Characters to Life for “Happily Ever After” at the Magic Kingdom