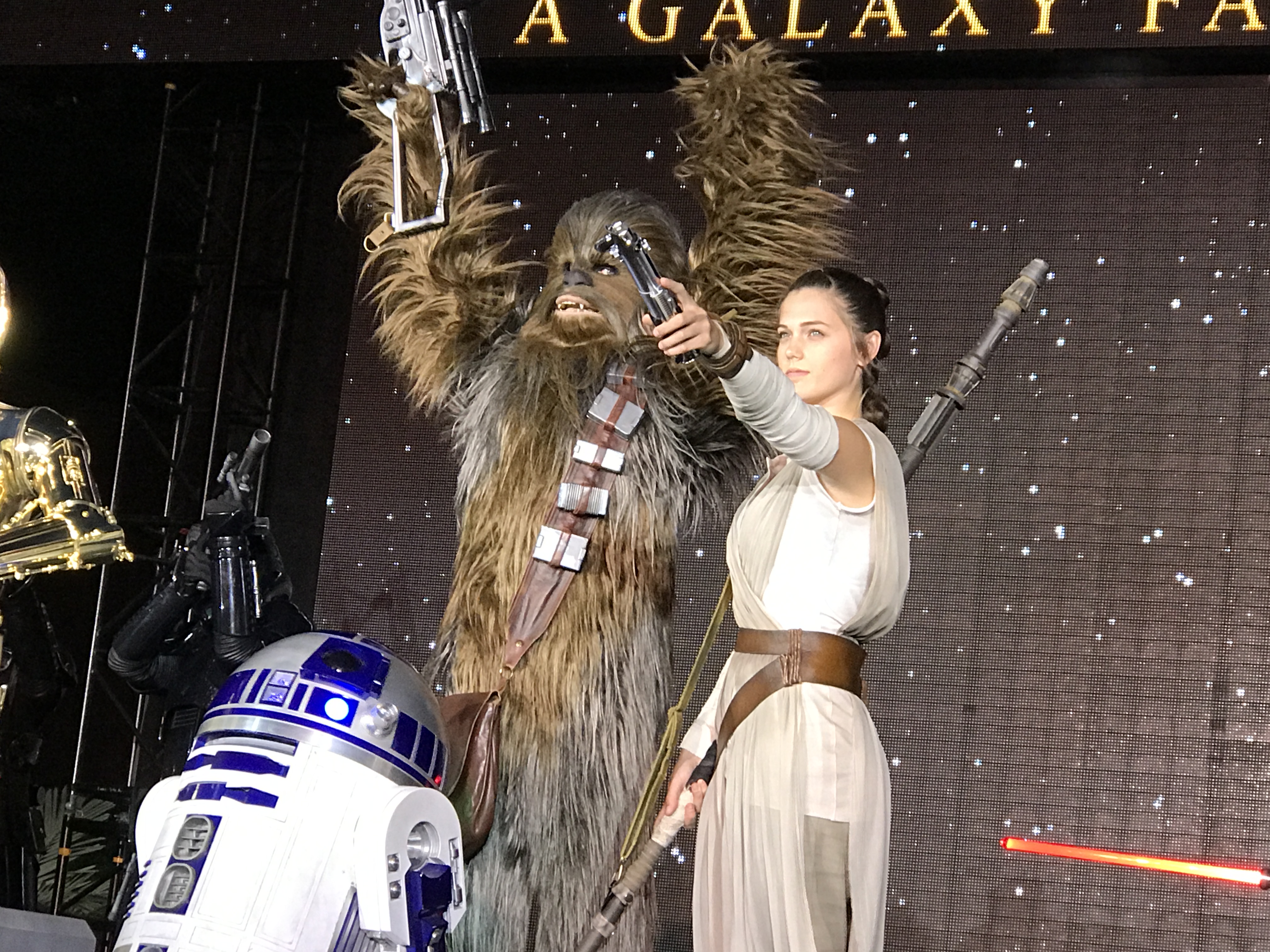 Star Wars – Galactic Nights took over Disney’s Hollywood Studios on Friday, April 14th, 2017 during Star Wars Celebration Orlando, turning the park into a fanboy’s dream. While we are still formulating a review (as it is expected the event will return), please enjoy our videos of the various festivities:

Rock ‘N’ Roller Coaster drops Aerosmith and adds the magical musical core of John Williams in this attraction overlay. The ride portion is mostly dark except for some projections of stars, a nice upgrade over the last time this overlay was installed in December 2015 for the premiere of The Force Awakens.

Rey from the new Star Wars trilogy joins the cast of this show for one night only.

Darth Vader and the stormtroopers march through Disney’s Hollywood Studios in this event exclusive offering.

Rogue One added to Star Wars: A Galactic Spectacular

A Rogue One sequence replaces Both in Star Wars: A Galactic Spectacular. You can see the Both version of the show below this one in case you are wondering what’s missing.

A celebrity motorcade welcomes the stars to Disney’s Hollywood Studios.

Right before the fireworks show, the event is recapped and the guest lanyards come to life with some Disney magic…

The Seventh Sister Reveals Her Face in Jedi Training

Just for this event, the Seventh Sister is turned into a face character in Jedi Training: Trials of the Temple.

The Chinese Theater is turned into a living canvas as tableaus of Star Wars planets come to life.

Alright, they can’t all be winners. Witness this strange and almost useless stage show/powerpoint presentation on the history of Star Wars.

6 unique photo-ops were offered to guests during this event.

Previous
VIDEO: A Look at the Projection Mapping for Happily Ever After, Magic Kingdom’s New Nighttime Spectacle