Not As Great As The Original…. But Still Has A Lot To Love

When the first Guardians Of The Galaxy came out, it surprised critics, fans and movie goers alike. The Guardians Of The Galaxy were a B-list, maybe even a C-list group of superheroes that no one had ever heard of. Well, most people hadn’t heard of them, but even those comic book fans that did wondered if Marvel was scraping the bottom of the barrel. Marvel was on a roll with their movies and I feared that bringing the Guardians Of The Galaxy to the movie-going public was going to really hurt their track record, because who would want to go see a movie where two of their major characters were a raccoon with a gun and a talking tree that said three words. Was I ever wrong!  Guardians Of the Galaxy ended up being my favorite Marvel movie, even beating such movies as “Iron Man” and “Avengers” in my eyes. And it still is my favorite till this day for me. 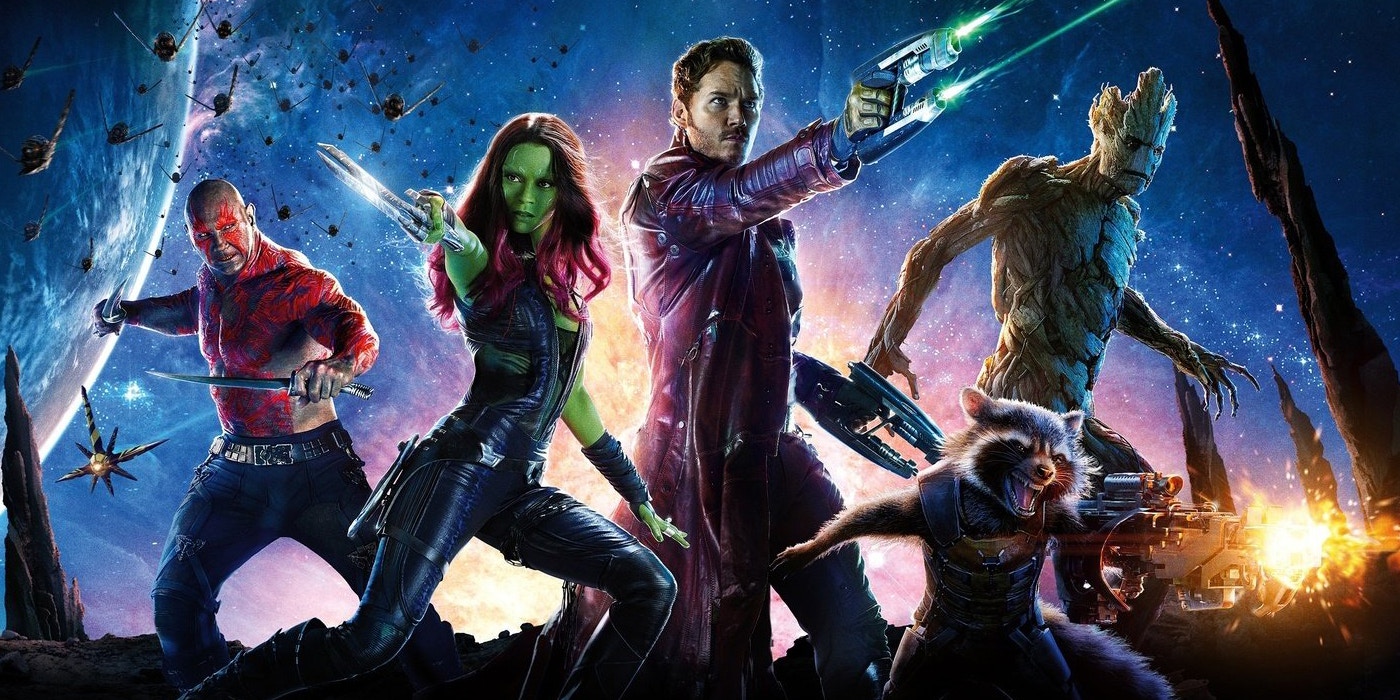 With both critical and financial success, the sequel to Guardians was given the green light and is now the 15th movie in the Marvel Cinematic Universe (MCU). So, is it better than the first one and is it a good or bad sequel?  As far as comparing it to the first one, Guardians 2 is not as good as the original but it is a good, sometimes even a great, sequel.

The film starts off where we see an absolutely amazing looking de-aged Kurt Russell romancing Peter Quill’s (Chris Pratt) mother back in the 70’s. Forget about anything you had seen before showcasing a de-aged actor because we now have an absolute winner here. It is flawless and perfect. We then fast forward to current day, somewhere in deep space, where The Guardians are now working as a team and hired by an alien race to destroy a giant tentacle creature. It doesn’t take long until The Guardians are being pursued by enemies, and along the way, they are aided by Star Lord’s dad. Star Lord and his father spend time together, bonding and making up for lost time. Then at some point, the Guardians have to come together with allies and enemies to overcome an ultimate evil entity that is hell bent on destroying the Universe and starting all over again in the name of perfection.

I really don’t want to go any further than that because I feel any more might ruin the movie. There are a ton of significant events that take place, and a lot of them are shocking to say the least. But if you are a fan of the first movie, you definitely need to see this one because so many things happen that affect the team as a whole and it is a worthy follow up. 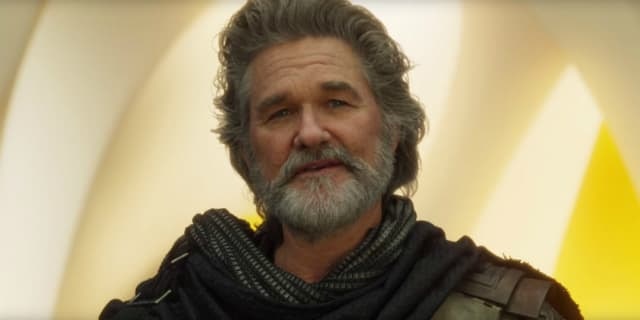 I was kind of worried with early reviews I had seen because it seemed as though the sequel was not getting the love that the first Guardians had received. After seeing the movie, I can understand why some critics had problems with it. Part of the problem is that the team is split up for most of the film. Star Lord (Chris Pratt) is with his dad, Ego (Kurt Russell). Gamora (Zoe Saldana) is with her sister Nebuala (Karen Gillan), Rocket (Voiced by Bradley Cooper) is with Baby Groot (voiced by Vin Diesel) and Yondu (Michael Rooker) and Drax (Dave Bautista) is with a new character, Mantis (Pom Klementeiff). What worked so well with the first movie is for the most part the Guardians were all together and they played off each other very well. But at times, it feels that in Guardians 2 that they are ping ponging form one story-line to another. Don’t get me wrong, those story-lines are still good, and each character still plays of very well with each other, but I think it would have worked better if there were less parings. It also does seem at times that the Star Lord and his dad story-line seems to drag and it can get a bit trippy at times. The movie also makes it way too obvious that the overall theme is “family”, to the point where you are thinking, “OK, I get it already.” The original was able to attract not only comic book fans, but also struck a chord with your average movie goer. I don’t know if that will happen this time. 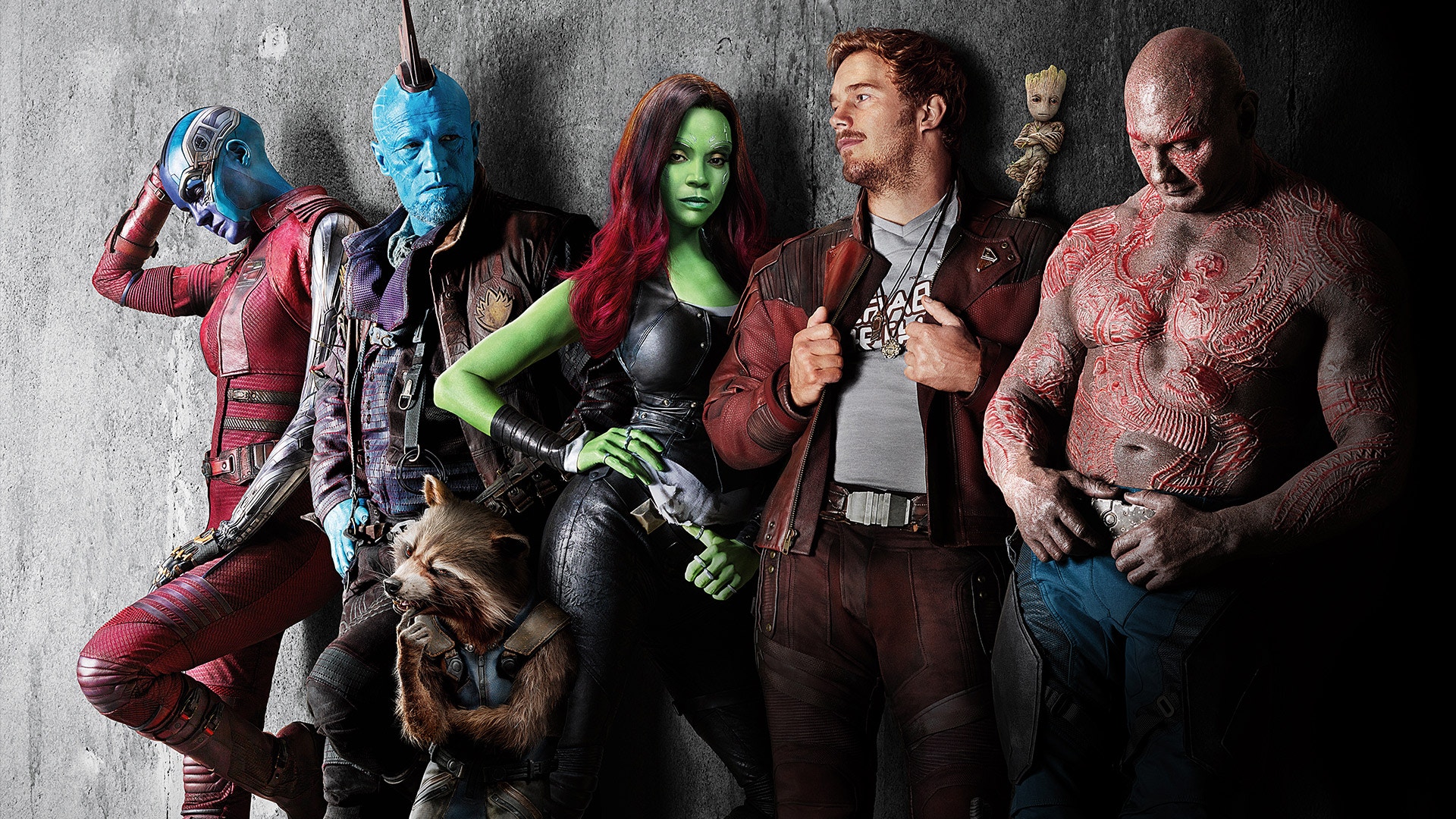 Now with the bad out of the way, I’m happy to say that the good so outweighs the bad in this movie. One thing that James Gunn and the cast were able to accomplish from the first movie is that they made us all genuinely care about each character. That is amazing considering that they are nowhere near as popular as the likes of Iron Man, Captain America and Spider-Man. We loved the Guardians as a team, but we also loved them as individual characters too. DC tried that with Suicide Squad and they failed miserably. That movie lacked chemistry between the group and Guardians is the complete opposite. Every single character has amazing chemistry with each other. And let’s face it, these actors make us believe they are not just actors up there on the big screen. To me, Chris Pratt was Chris Pratt in Jurassic World, but he is Star Lord in Guardians 2. You don’t see ex-wrestler, Dave Bautista, you just see Drax. And Rocket and Baby Groot aren’t CGI, they are real. Everyone does an excellent job convincing us they are who they are playing. 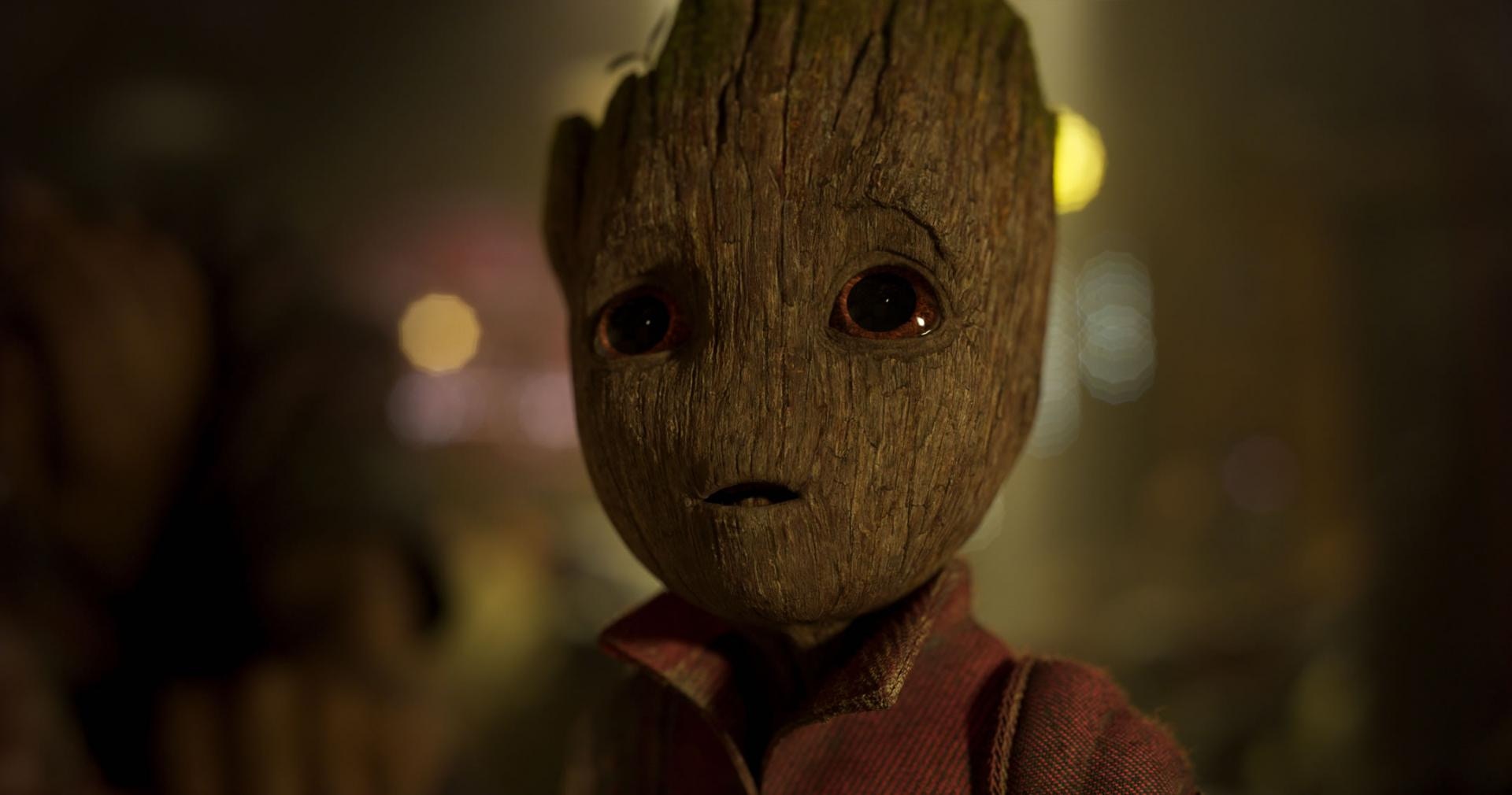 One thing I that I really appreciated about this movie is that it was not more of the same thing that many sequels are guilty of. It really does feel like a comic book more so than a movie. This is the next chapter in their adventure and this is issue number two. And if you are a comic book fan, you really are going to love it. The worlds that were imagined and created here are beautiful and it is really hard to distinguish anything being obvious CGI. I can tell that Rocket looks more realistic in this movie and it’s something they really didn’t have to work on but they did. And the whole world is going to fall in love with Baby Groot! And again, whatever team was responsible for creating the most realistic de-aging process I have ever seen for a young Kurt Russell really needs to be applauded for their accomplishments. The comedy in this movie is even better than the first movie and there will be many times in which you will find yourself laughing outside loud. I would have to say that Drax is the funniest, followed very closely by Rocket and Baby Groot. And all of the jokes hit, nothing is cringe worthy at all and the humor provides you with genuine laughs. Like I had mentioned before, there is a lot of shocking things that happen in this movie, where you did not see them coming. 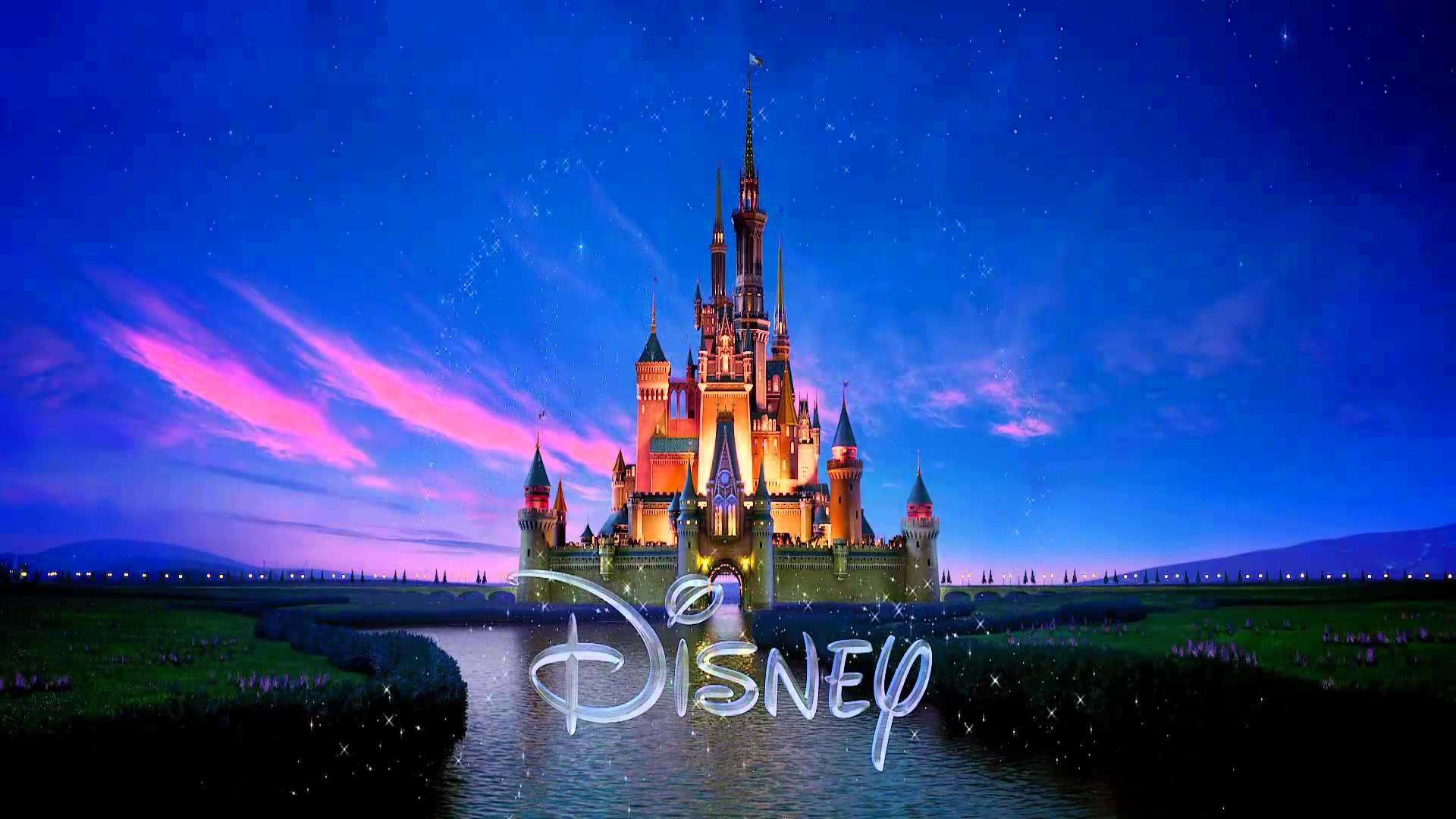 The soundtrack and use of songs in this movie is not as good as those found in the original Guardians movie. There are definitely some standouts like “Mr. Blue Sky” by ELO and “Brandy, You’re A Fine Girl” by Looking Glass. But some of the other songs I had never heard of, and that is rare for me. One of my favorite scenes from the first Guardians was during the opening credits in which Star Lord dances to Redbones’ “Come And Get Your Love”, and although hard to believe, I really feel they topped that this time. I won’t spoil it, but I look forward to seeing that scene over and over again and I am sure you will too!

Director James Gunn does another great job bringing incredible and beautiful worlds to life, providing us with another well done mix-tape for the movie, getting the best out of his actors and making us really feel for the characters we have come to love. But I feel he was a bit overambitious at times by throwing so many things at us and having so many characters and story-lines in the movie. There may be one or two characters that weren’t needed, like Sylvester Stallone’s character who seemed out of place. Sometimes less is more. Overall, Guardians Of The Galaxy Vol. 2 is a great follow up to one of the best Marvel movies ever made and it is a lot of fun. 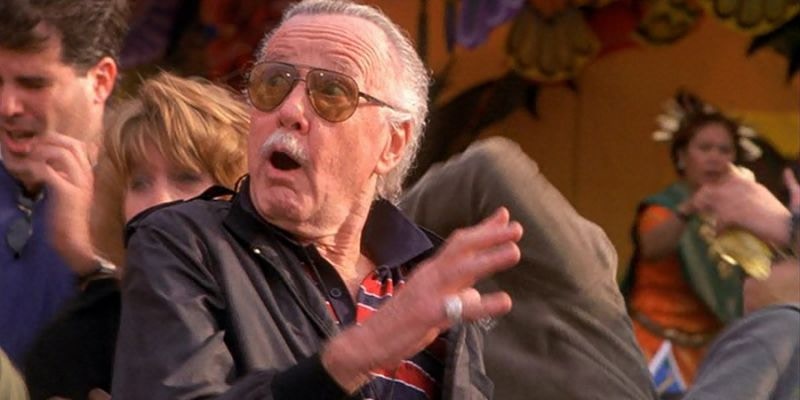 And before I forget, remember to stay for all 5 after credit scenes. Yes, there are 5 of them, but for the most part, they are all worth it and some are very revealing. I do wish that they would just show them in quick succession instead of spacing them out all throughout the end credits. So if you want to see the very last scene, you have to wait until the last credit roles. It was a good one, but also feel it was something we had kind of seen during the movie too.

TagsGuardians Of The Galaxy Vol. 2

“but even those comic book fans that did, wondered if Marvel was scraping the bottom of the barrel.”

The first film was great????whatever.