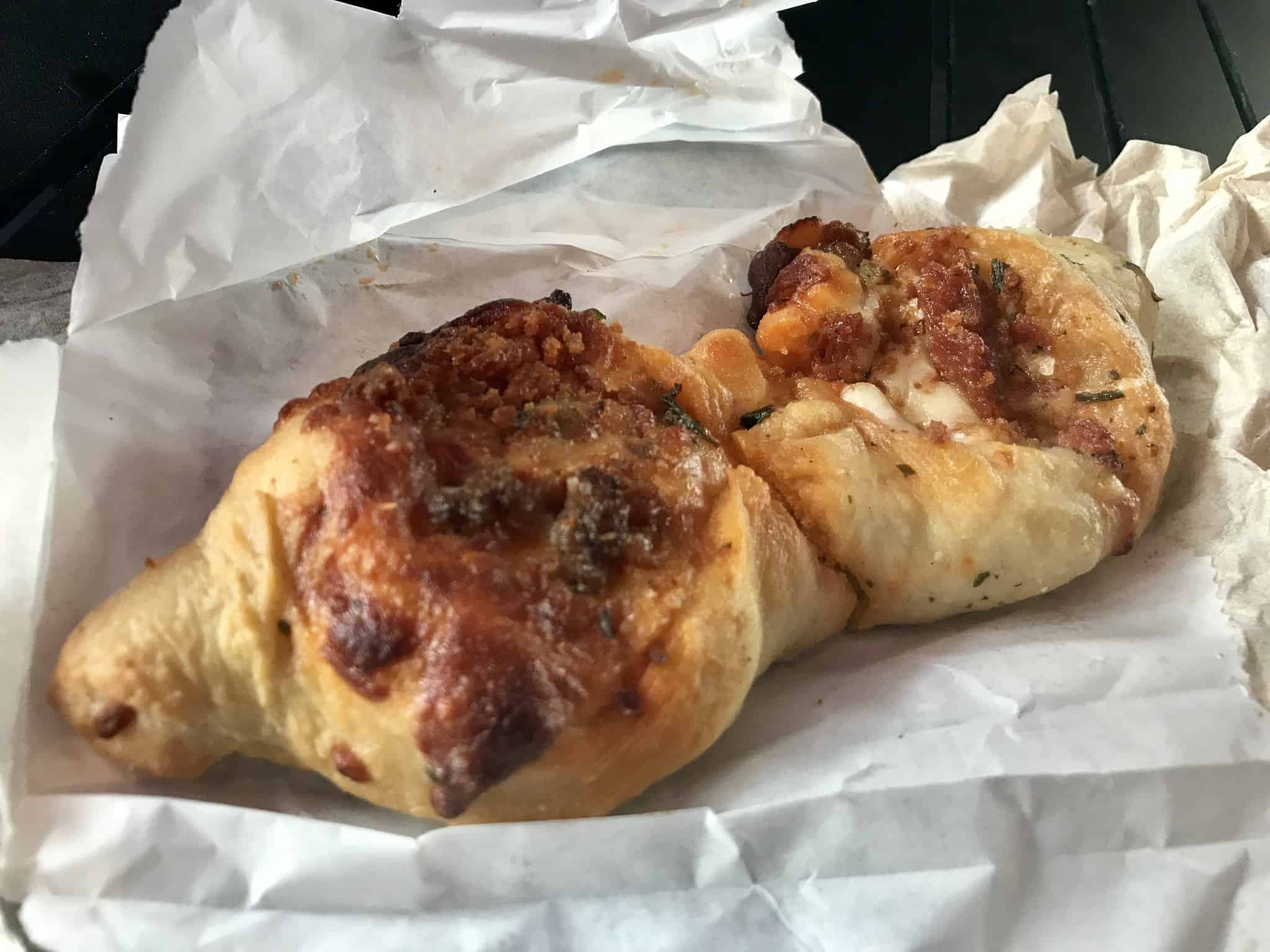 The Cool Ship in Tomorrowland at the Magic Kingdom is now selling Pizza Frusta, described as being “a folded pizza-like snack that is easy to eat on-the-go”.

Despite looking like Fast Food pizza that got into a massive car wreck, this wasn’t the most abominable item at Walt Disney World. That being said, they aren’t great either.

The crust is kind of like a rather large puff pastry, crispy on the exterior, but doughy almost to the point of being uncooked on the inside.

The cheese and meats are about the same as a Disney counter service pizza, not of the greatest quality, nor inedible. If you have ever had Digiorno frozen pizzas, then you know the flavor.

I prefer the pepperoni and sausage one as it is at least a little more interesting, but choosing between these is essentially like picking your poison.

I personally would skip the Pizza Frusta unless you have kids in your party craving pizza at the Magic Kingdom. In that case, it’s a fast and easy way to grab a counter service pizza at the park.

3 thoughts on “REVIEW: “Pizza Frusta” Mangled-Snacks Arrive in Tomorrowland at the Magic Kingdom”