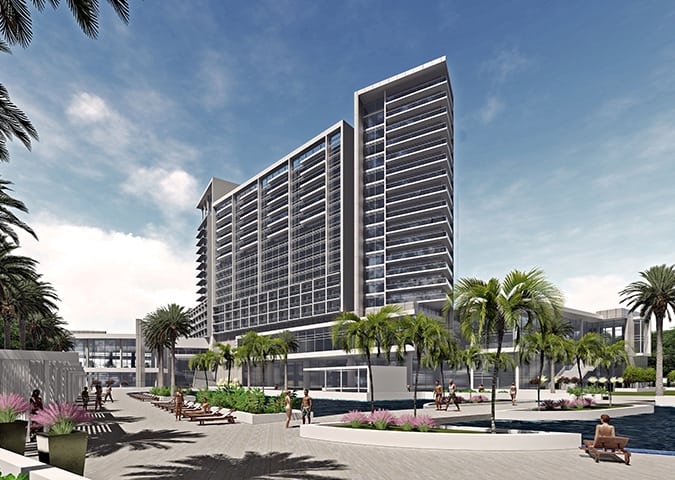 It looks like a second JW Marriott luxury hotel may be coming to the Orlando area in the near future.

Kimley Horn, a planning and engineering firm, submitted plans for the new hotel Monday on behalf of DCS Real Estate Investment, LLC. The property records show that DCS purchased the land in 2013 for $2.2 million.

The proposed plans for the land include a brand new luxurious JW Marriott hotel with 516-rooms, that span 16 stories, with 50,000 square feet of meeting space, a 1000-car garage, and a rooftop bar and signature restaurant. The submitted plan for the hotel refers to the building as the JW Marriott at Bonnet Creek. The location would be on Chelonia Parkway, just south Disney’s Typhoon Lagoon water park, and outlined in teal on the map below.

The architect for the project is Huitt-Zollars, whose website contains this concept art:

JW Marriott is a brand of luxury hotels owned by Marriott International and named after company founder, John Willard Marriott.

As of now, the project has yet to be officially announced.