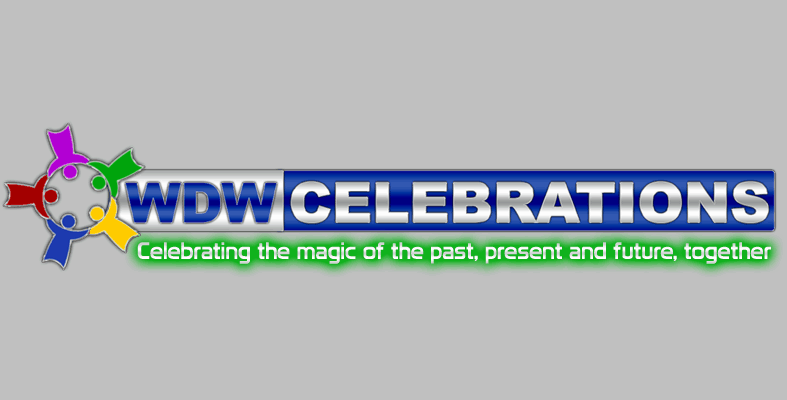 Commemorate 35 Years of Epcot With WDWCelebrations, Including a Spectacular IllumiNations Dessert Party, at “Celebration 35”

In just a few weeks, WDWCelebrations will gather like-minded fans at the Walt Disney World® Resort to celebrate the thirty-fifth anniversary of the opening of EPCOT Center®, the theme park that broke the mold upon its debut in 1982. Exactly ten years after the historic Celebration 25 event that gathered over twelve hundred guests to commemorate the 25th anniversary of Epcot® in October 2007, WDWCelebrations aims to celebrate the past, present and future of the world’s most unique theme park once again! The WDWCelebrations organization was born from the response to Celebration 25, and since that time has hosted an additional eleven unique events, each celebrating the magic of the Disney Parks while raising money for charity.

It has been the privilege of WDWCelebrations to host guests from around the world for the past nine years, and it is a special honor to celebrate the organization’s 10th anniversary this October with Celebration 35, a WDWCelebrations Commemorative Event. This new event at the Walt Disney World® Resort will encompass four days of fun, friends, and surprises. As with previous events, this celebration will include WDWCelebrations’ signature offerings to complement the official activities offered by The Walt Disney Company.

The four-day event, set for Thursday – Sunday, September 28 – October 1, 2017, will celebrate the anniversary in a grand way. Planned activities will complement the popular Epcot® International Food and Wine Festival and guests will be able to share in a visit to Pandora, the World of Avatar, the newest offering at Disney’s Animal Kingdom® Theme Park. Guests will enjoy their favorite WDWCelebrations signature offerings such as scavenger hunts, group rides, group meals, and, of course, a few very special surprises. Check out the WDWCelebrations web site for more details and a tentative schedule.

WDWCelebrations is pleased to announce the return of the Illuminations: Reflections of Earth Dessert Party, a significant piece of WDWCelebrations’ history and a fan favorite for many years. As was experienced during Celebration 25 and Celebration 30 five years later, guests will once again have the chance to enjoy delectable dessert options on the water’s edge of World Showcase Lagoon with a premium view of the classic nighttime spectacular as it lights up the night sky. On previous park anniversaries, Epcot has added a special anniversary tag to IllumiNations: Reflections of Earth that rivals, if not surpasses, the popular July 4th and New Years Eve tags.

How to Register for Celebration 35, Including the IllumiNations: Reflections of Earth Dessert Party

WDWCelebrations charges a nominal fee to event attendees which covers organizational costs. Additionally, a significant portion of the registration fees are donated to the Give Kids The World Village, the WDWCelebrations Charity Initiative charity of choice for Celebration 35 and many previous events. Registration for Celebration 35 costs $10 for adults and $5 for children ages 3-15.  Guests also have the option to donate additional funds to this event’s Charity Initiative when registering. The IllumiNations: Reflections of Earth Dessert Party is an additional cost of $69.99 per person, and tickets can be purchased during the event registration process. Registration closes on September 27, 2017.

As Epcot® prepared to celebrate its 25th anniversary in October 2007, the online Disney community was in an uproar over the apparent lack of official acknowledgement of this historic park’s milestone. In response to the Internet furor, a group of individuals decided to step up and create a fan-based event – dubbed Celebration 25 – to properly celebrate the silver anniversary. Over 1200 like-minded fans registered to attend the event. The Celebration 25 event was officially embraced by Disney management and was given the rare privilege of working closely with the management and staff of Epcot® to provide in-park event check-in, group history walks, a press conference, and a private dessert party. At the end of the day, the attendees knew they had been a part of something special – and something they didn’t want to end. Out of this demand, an idea was born: to celebrate the many anniversaries, milestones, and bonds between those who share a love for Walt Disney World. WDWCelebrations was born. And since that time, each of their unique events have offered guests the chance to celebrate the magic of the Disney Parks’ past, present and future, together.