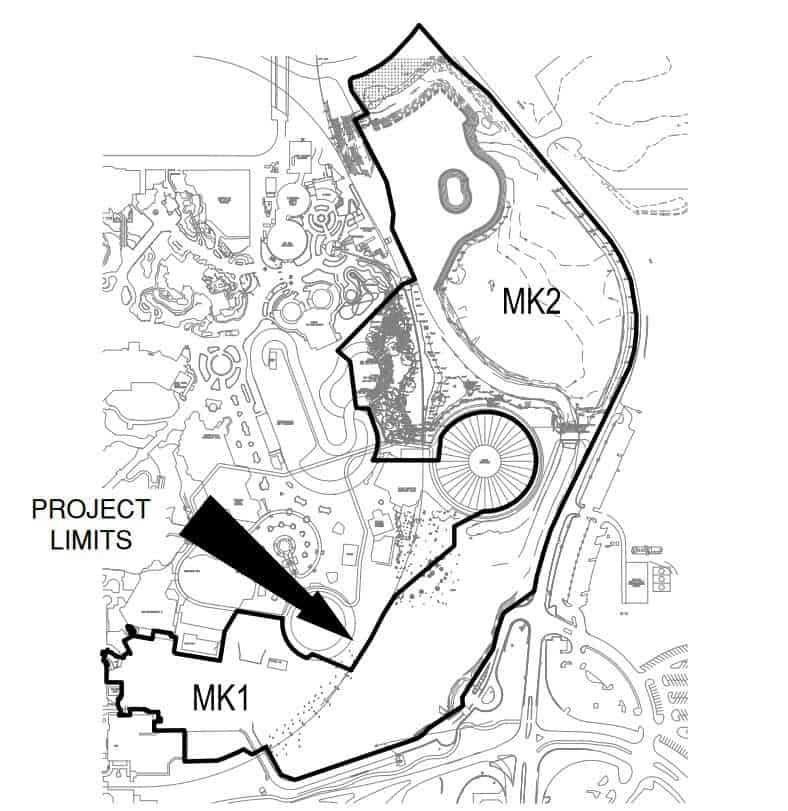 It’s been a busy week in the world of permitting for Walt Disney World construction projects. Today the permits for both the TRON Lightcycle Power Run coaster in Tomorrowland and the new Main Street Theater in the Magic Kingdom were filed.

The permits show the placement and size of the TRON Lightcycle Power Run show building (labeled “MK2”), almost due north of Space Mountain. The building will occupy a huge footprint, even larger than Space Mountain. It will be very visible (as Space Mountain is now) from the Top of the World Lounge at Bay Lake Tower and the California Grill at the Contemporary Resort. 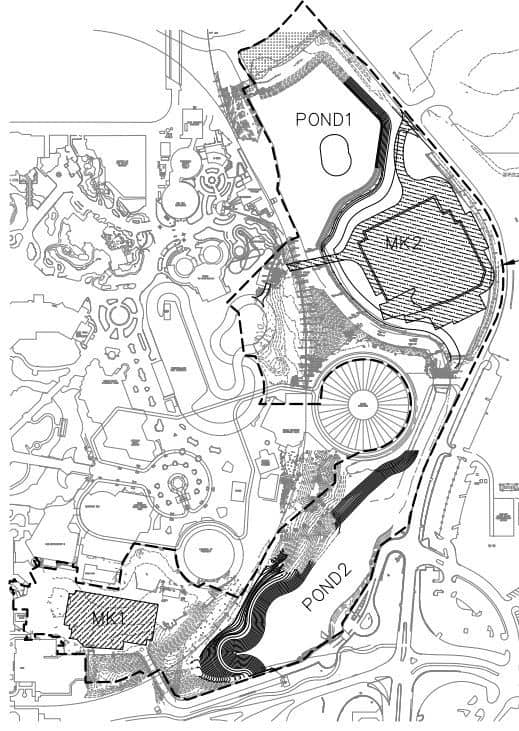 The Main Street Theater (labeled “MK1”) will occupy most of what is now a parking lot southwest of the Carousel of Progress and behind the now-shuttered Galaxy Palace Theater.