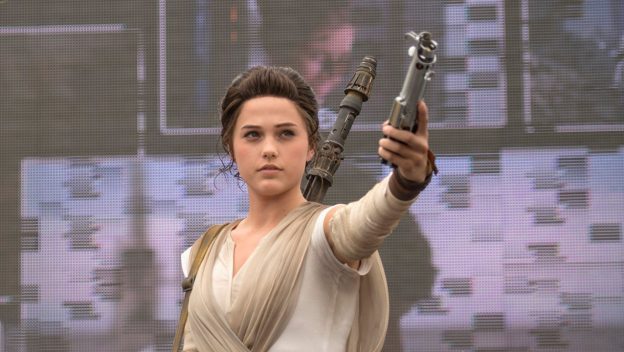 Rey has become an inspiration to the newest generation of Star Wars fans in the last two installments of the Star Wars saga (The Force Awakens & The Last Jedi). We first saw Rey at Hollywood Studios at Walt Disney World in 2017, joining the cast of Star Wars onstage for the stage show A Galaxy Far, Far Away.

I know I’m excited for the addition of Rey at Disneyland Resort, since she has become a beloved characters in the series! What do you think of Rey joining Star Wars Launch Bay at the Disneyland Resort?