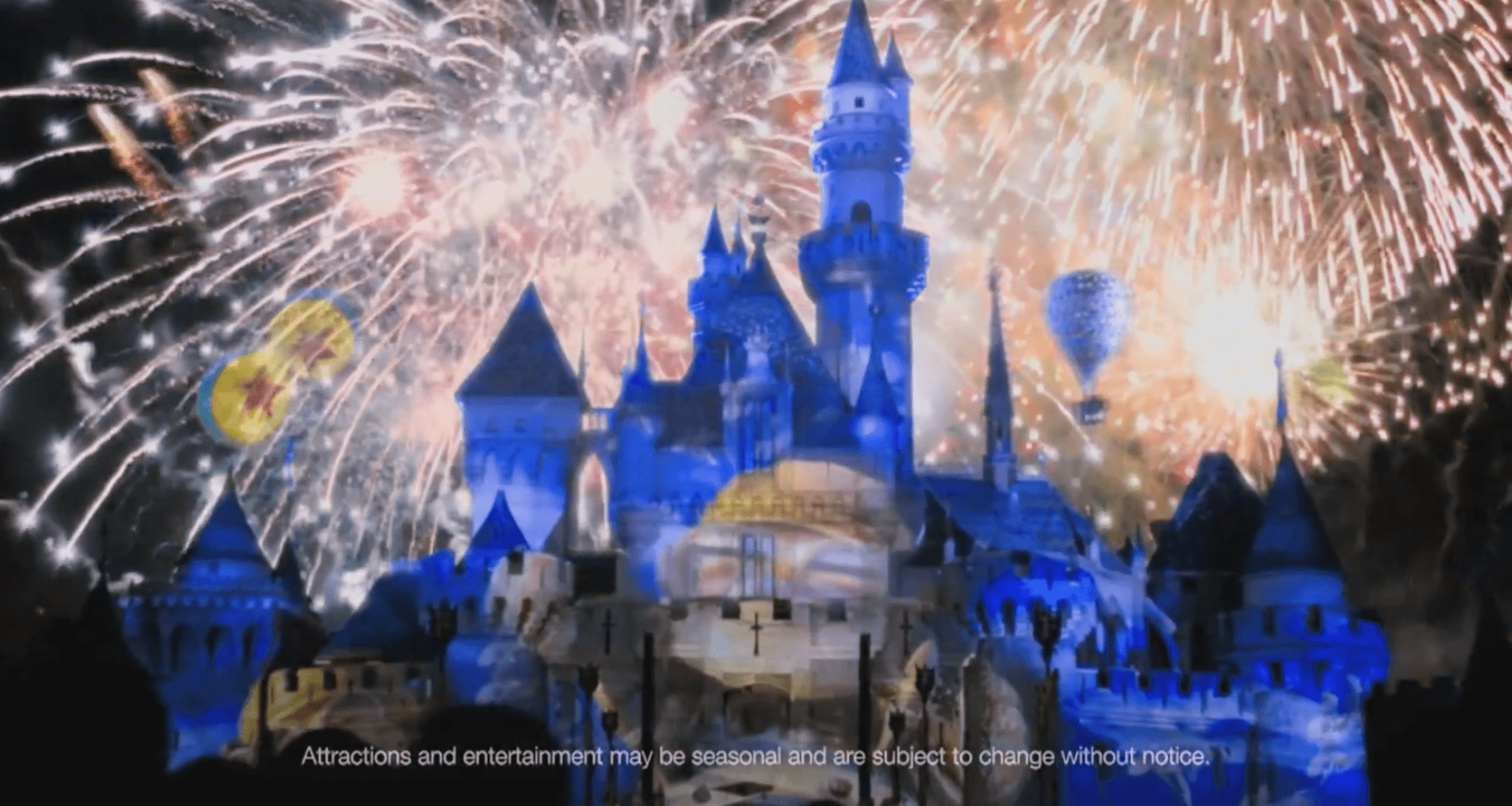 “Together Forever“, the new PIXAR themed fireworks show debuting at Disneyland Park as part of PIXAR Fest, is set begin April 13th, 2018. Here’s what we know so far:

“Together Forever – A Pixar Nighttime Spectacular” will light up Disneyland park beginning April 13. In addition to dazzling pyrotechnics and memorable music, the theme of friendship, ever-present in most Pixar films, is celebrated in this nighttime spectacular. Guests are invited to embark on an emotional journey that starts when unlikely Pixar characters first meet. As they set out on adventures and overcome obstacles together, “Together Forever” celebrates the everlasting friendships forged by beloved Pixar pals. The story comes to life through projections on iconic park locations: Sleeping Beauty Castle, the water screens of the Rivers of America, the facade of “it’s a small world” and the buildings of Main Street, U.S.A. This nighttime spectacular will even feature a special flyover by Buzz Lightyear at Sleeping Beauty Castle.

Well, it appears in addition to Buzz Lightyear, another familiar PIXAR icon will take flight over Sleeping Beauty Castle during the show, at least according to the commercial for the promotion:

As seen at the very end of the ad, Carl Fredrickson’s house from UP will likely fly over Sleeping Beauty Castle as part of the nightly show. Disney has yet to announce this addition, but the inclusion in the ad makes it more than likely.

What do you think? Are you excited to see “Together Forever”?

Next
REVIEW: Happily Ever After Fireworks Dessert Party at the Magic Kingdom – Is It Worth It?