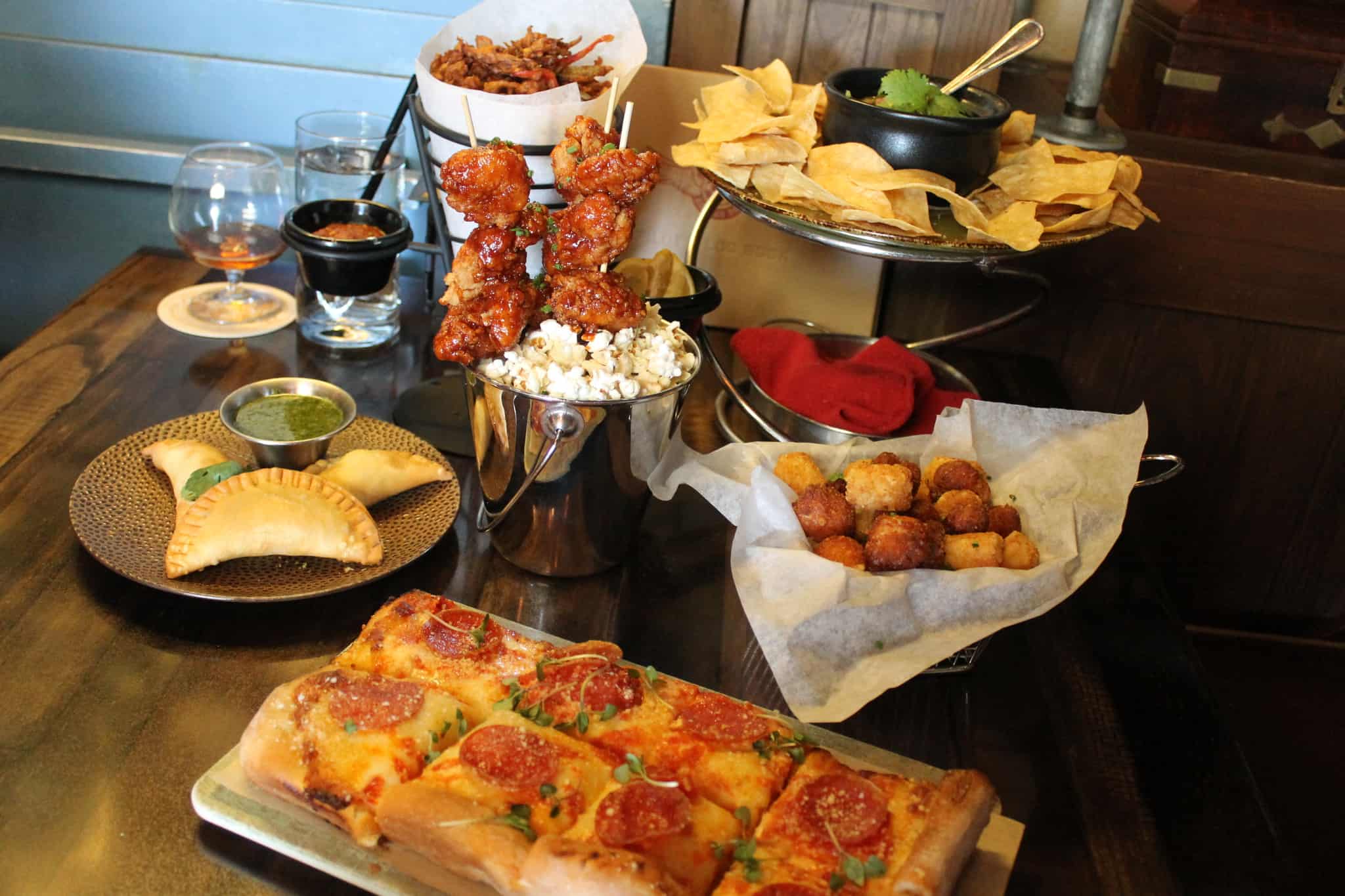 Jock Lindsey’s Hangar Bar opened in 2015 at Disney Springs.  The drinks, atmosphere, and service set this bar and lounge apart from the rest of Disney Springs immediately. The promise of unique drink coasters with Indiana Jones (and even Star Wars) references and multiple souvenir mugs would surely bring back customers. About six months after opening the original menu was severely altered. A Happy Hour was added about a year into the operation. This brought around different food options and relatively cheap drinks, but the bar was still struggling to find its footing among the springs. August 2017 debuted a new late night Happy Hour at the restaurant. It’s been interesting to see changes happen across the few shorts years that Hangar Bar has been open. Unfortunately it appears that original promises never came true for this themed bar. We were originally told by numerous servers that there would be dozens of different drink coasters, yet there’s only 8 in the collection with no news of additions coming anytime soon. Originally the bar opened without souvenir glasses, but they started to trickle in a few weeks later. There’s still no sign of the souvenir glass for the Anything Goes drink, even though it’s displayed proudly on the menu, and servers have said there are no plans to add it now. Specialty stirring sticks for the Reggie’s Revenge and Hovito Mojito drinks were cut shortly into the restaurant’s opening year. These hiccups are forgivable, but also didn’t make us want to actively return (nor did the mostly negative food menu changes).

March 2018 brings some new items: six dishes and eight seasonal drinks were added. We went over to check out the new menu and see how the bar is doing.

A straightforward old fashioned. With two different types of bitters involved the drink is definetly on the bitter side, but the bourbon balances things out very well. Take note that the Knob Creek Disney Select 120 Proof Bourbon is specifically picked by Disney to only be sold at Disney locations. Knob Creek calls it their Single Barrel Program. It’s pretty cool knowing the spirit you’re consuming it only available at Disney.

Yes, that is a piece of The Ganachery chocolate on top. We weren’t sure what to expert from this drink, other than knowing that The Ganachery’s chocolate mixes well with alcohol. The drink is tastes strong of coffee, masking the bourbon quite well. Kahlua and the vanilla syrup add an extra kick to balance out the cold brew, making for a balanced and refreshing cocktail. It’s a dessert drink you can have during dinner and not be overwhelmed with sugar. Absolutely recommended, don’t miss this.

Graham’s 20 Year Tawny Port retails for just over $50/bottle, making this an ideal choice for those seeking a value. It’s not a true Brooklyn cocktail, but it’s an alcohol-forward option for those seeking something besides an Old Fashioned.

A very fruity cocktail that feels more like a sangria than a mixed drink. That’s a good thing because it’s light and refreshing with just enough kick from the peach to make the ginger liqueur noticeable. Very balanced.

This is pure cucumber. Hendricks Gin is infused with cucumber and rose. There’s elderflower liqueur which helps bring out the cucumber water, and the lemon juice doesn’t help cut the flavor either. Fortunately we enjoy the flavor of cucumber so this drink was extremely refreshing and would be perfect for the poolside. Those who don’t enjoy the flavor, or gin, should steer clear.

Honestly, there’s a regular ‘Air Pilot’s Mule’ on the menu that’s virtually indistinguishable from this seasonal cocktail. If you’re in the market for a mule, check out The BOATHOUSE next door. This one isn’t too exciting, the flavors mixed well although there was a rather large ratio of ginger beer to vodka.

The dish arrived not only with chips but a healthy portion of tortillas below. Pico de Gallo came on top of the queso, making it difficult to get to the cheese. Nothing overly spicy or flavorful, unfortunately a rather forgettable item equivalent to what you might find at a TGI Friday’s. The best part of this dish was that the tortillas were branded with the Jock Lindsey’s logo.

A crispy exterior opened to a soft and well-cooked interior of beef and spices. The chimichurri sauce was almost flavorless, but luckily the empanadas themselves had enough flavor for these to still be enjoyable. Nothing you probably haven’t had before, but they’re a solid dish if you can get over paying $4 an empanada.

The showstopper of the day. We expected bite-size popcorn chicken, not literally popcorn AND chicken. The asian-style spicy sauce on the chicken is absolutely amazing and carries quite a bit of spice, but also a lot of flavor. It’s a sauce we would want to order on the side and dip pretty much everything else into. The popcorn wasn’t buttered, instead it was tossed in a seasoning. Overall the dish is fun and really tasty (even though those are just the ubiquitous Disney chicken breast nuggets). If these were at a counter service location, I would be visiting pretty regularly.

Potato barrels AKA tater tots are tossed with a bunch of crispy cheese curds. The crispy exterior holds in a gooey cheese. There’s a rather large portion in the basket, and these were served to us nice and hot. We’re always looking for something fried and easy to eat while drinking and this dish is just what Hangar Bar needed, even if it doesn’t necessarily fit the theme.

While not particularly photogenic, what arrived was a large cone of thinly sliced and fried vegetables. A generous portion of curry ketchup (just like D-Luxe Burger) came on the side which made the perfect dipping sauce. While we weren’t able to figure out any of the vegetables included, we did enjoy every last bit. Again, the perfect accompaniment to a few drinks and fits well in this establishment.

We were pleasantly surprised with the pizza. Not only did it come out piping-hot, but the crust was nicely baked. A single piece of pepperoni graced each slice along with a small dusting of mozzarella cheese. We wouldn’t send you to Hangar Bar to get a pizza, but if you really must, this is a big step over Disney counter service at least (but go to Blaze Pizza).

Hangar Bar will continue to update their seasonal menu, whether or not they care about their base themed drinks menu is another issue. These new food items should help bring in extra people, and they were generally much better than the previous menu, so I’m at least willing to return at this point. The big issue right now is that they are playing America Top 40 hits music inside, rather than the awesome themed music loop they had before. I understand the need to appease guests and drive in business, but abandoning the theme of the establishment should never be the price. The question now is was all of this too late? Can Jock Lindsey’s Hangar Bar ever regain the excitement that surrounded it when it opened?

Next
Book vs. Movie: A Wrinkle in Time Falls Away from Narrative