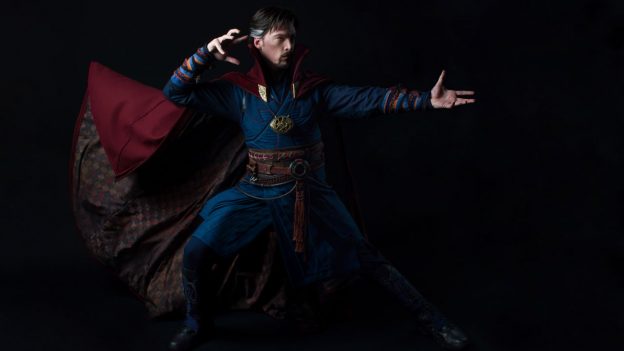 Guests will be given the opportunity to encounter Doctor Strange at Disney California Adventure Park soon! While no specific date is given for when he’ll start appearing, this is an exciting addition to the Marvel characters that can already be found at the park. This isn’t the first time Doctor Strange has been seen at a Disney Park; he was at Hollywood Studios in Walt Disney World. Watch our video of the first show back in November 2016:

Per the Disney Parks Blog, Strange acts as an intermediary between the real world and what lies beyond, utilizing a vast array of metaphysical abilities and relics to protect the universe. Guests will soon get a glimpse into his magical, mind-bending world when he appears for the time at Disneyland!

Being that Doctor Strange travels large distances in an instant by opening portals between dimensions, there’s no telling when he’s going to appear! Keep your eye out!