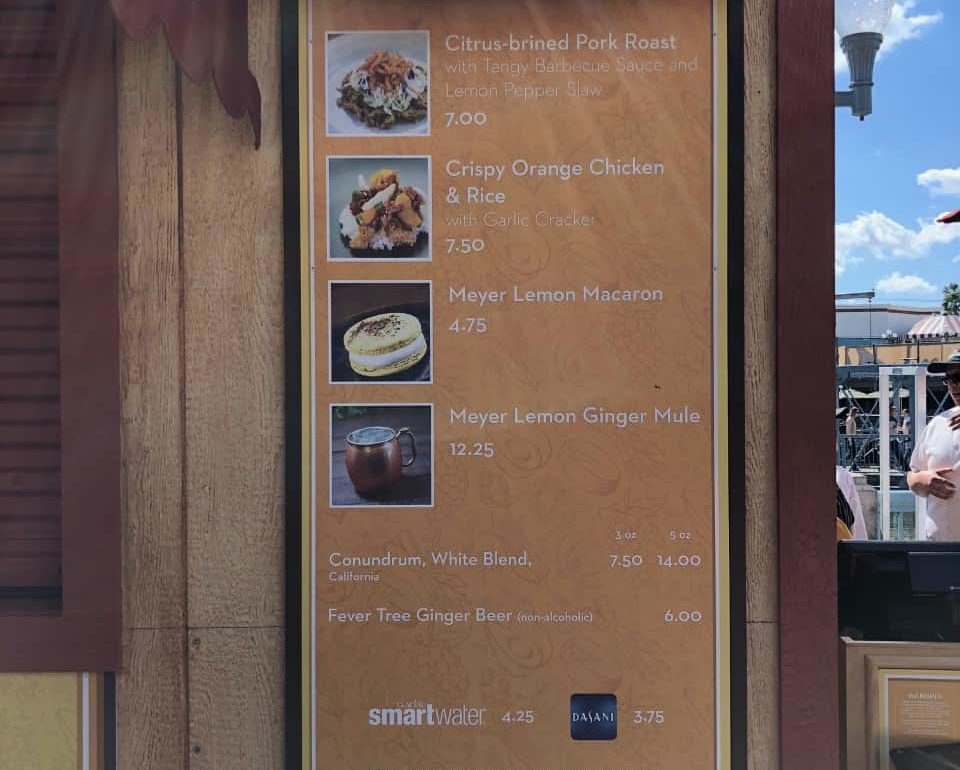 The Citrus Grove booth is technically new this year, but it’s clearly a replacement for last year’s Lemon Grove booth. I guess they had to rename it since they added an orange-based dish. 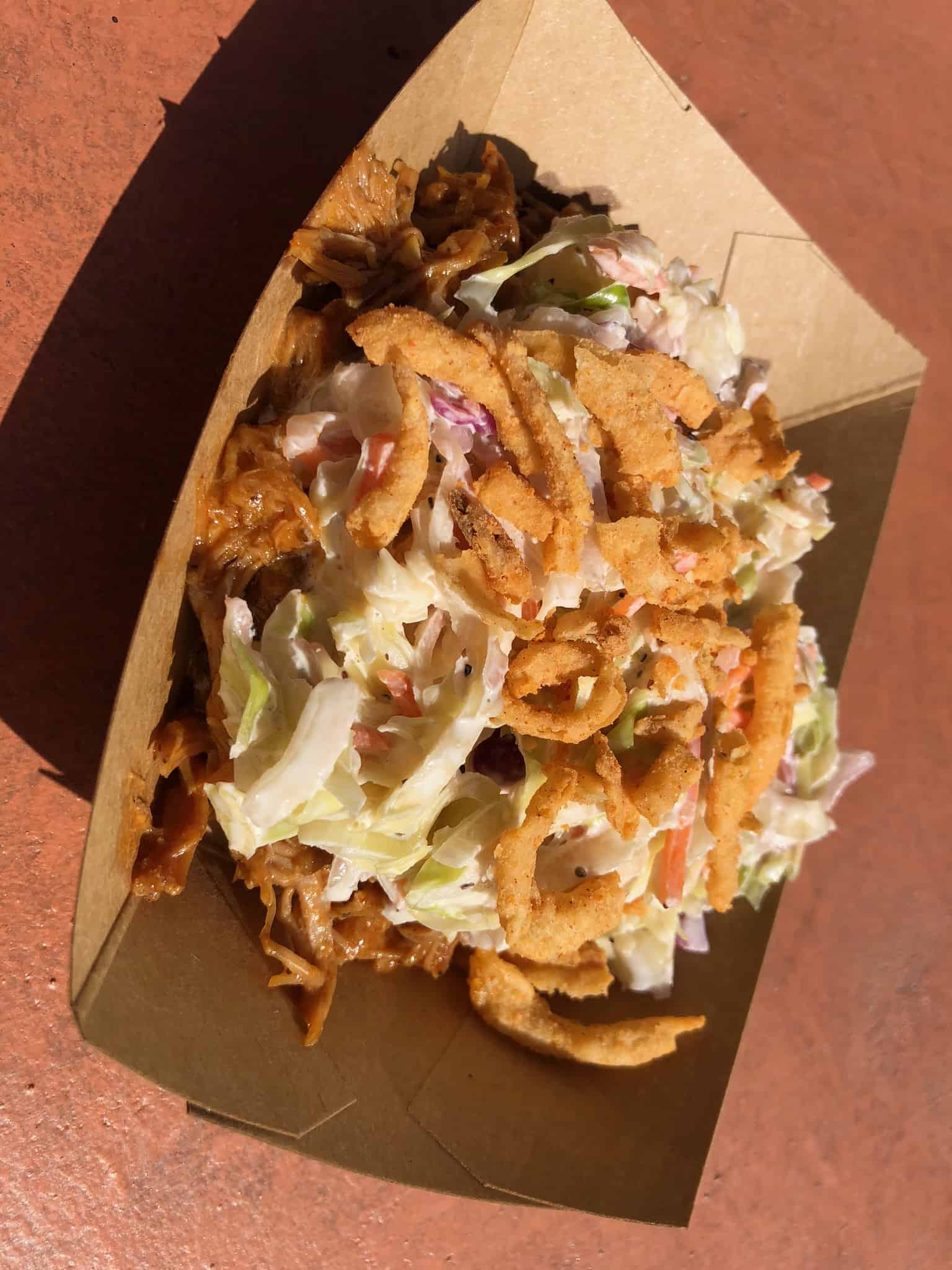 This is basically barbecue pulled pork topped with cole slaw. While it’s quite good for what it is, it is definitely not an adventurous dish by any means. We actually had this twice several days apart. The first time it was a nice portion of pork topped with the slaw. The second time around, they decided to put the pork on top of the slaw. Not only was it a smaller portion, but serving it upside down meant that the slaw was heated by the pork, and not chilled like it should be. When we asked why it was upside down, the cast member replied that sometimes they like to switch it up. I’m fairly certain that there are guidelines on how the dishes should be served (you can see a laminated sheet describing each dish and how to prepare it in each booth), so they clearly were taking things into their own hands. 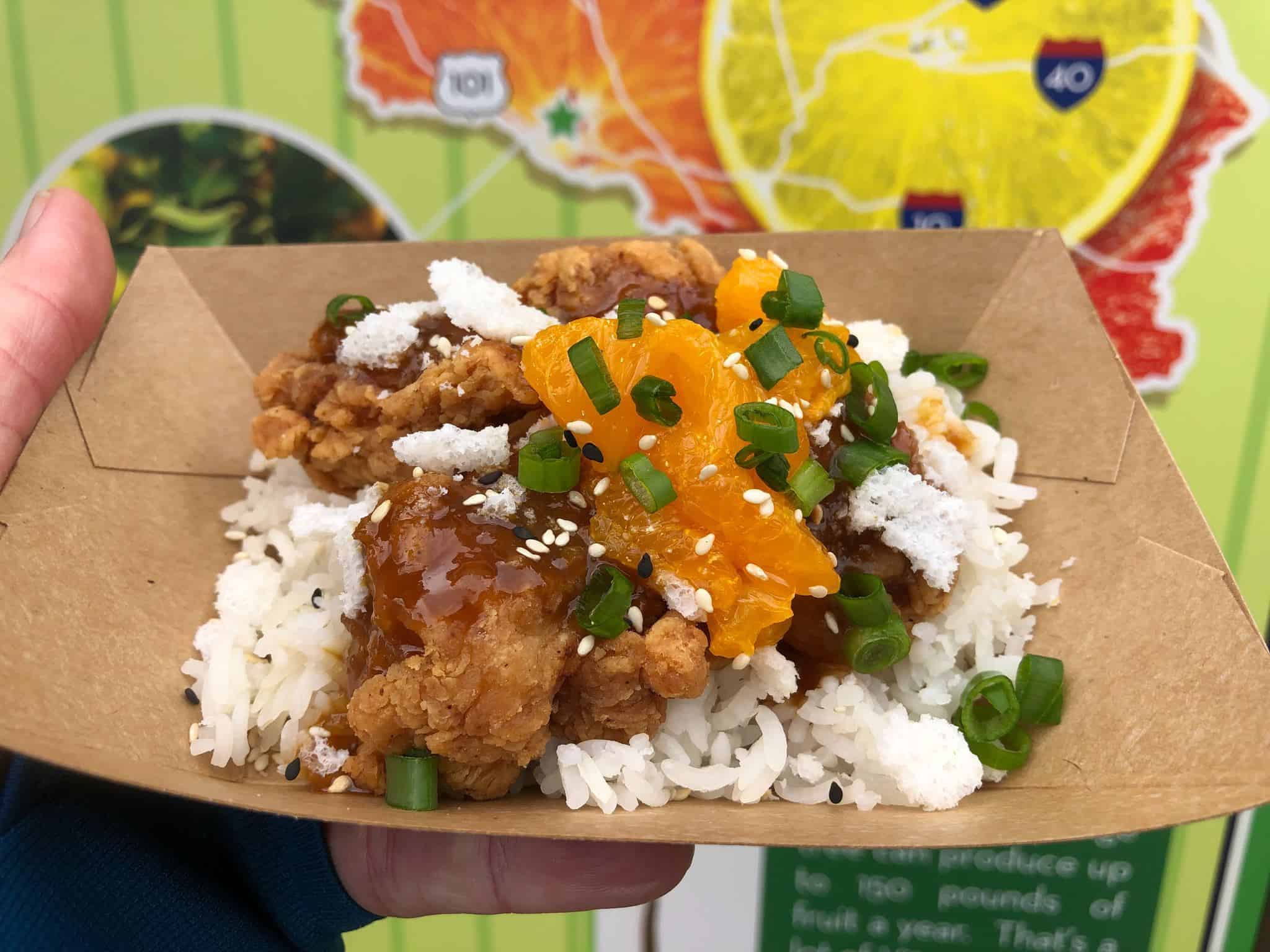 This dish was a rather mediocre version of orange chicken you could get at most Chinese restaurants, and you’d probably pay $7.50 for a full serving instead of the paltry serving size here. Although the chicken was white meat, which made us happy, the sauce was incredibly salty. We had this a second time as well, and it was no better. At the price point they are charging, spend your money on something else. 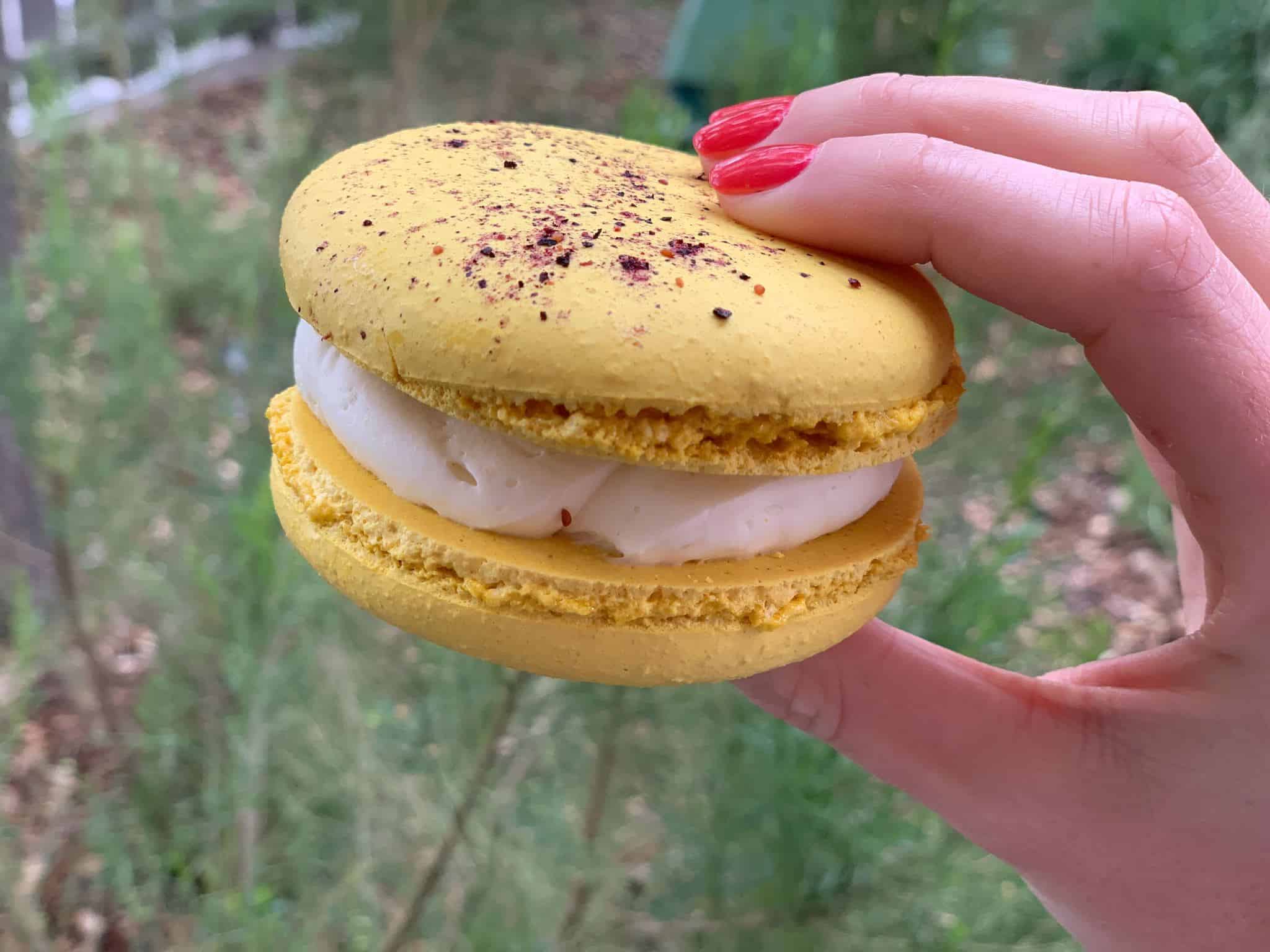 This is a holdover from last year’s Lemon Grove booth, when we said:

This was one of the best dessert selections at the festival (although we seem to say that a lot in this review, which shows just how strong the dessert game is at this event). A rather large macaron, and super tasty. The cashier was going on and on about how good this was, and we were skeptical, but she was right!

This year it was just as good, and quite a good value since it is so large. It was amusing that there was a third-party cart right next to this booth, selling standard-sized macarons for $3.00. 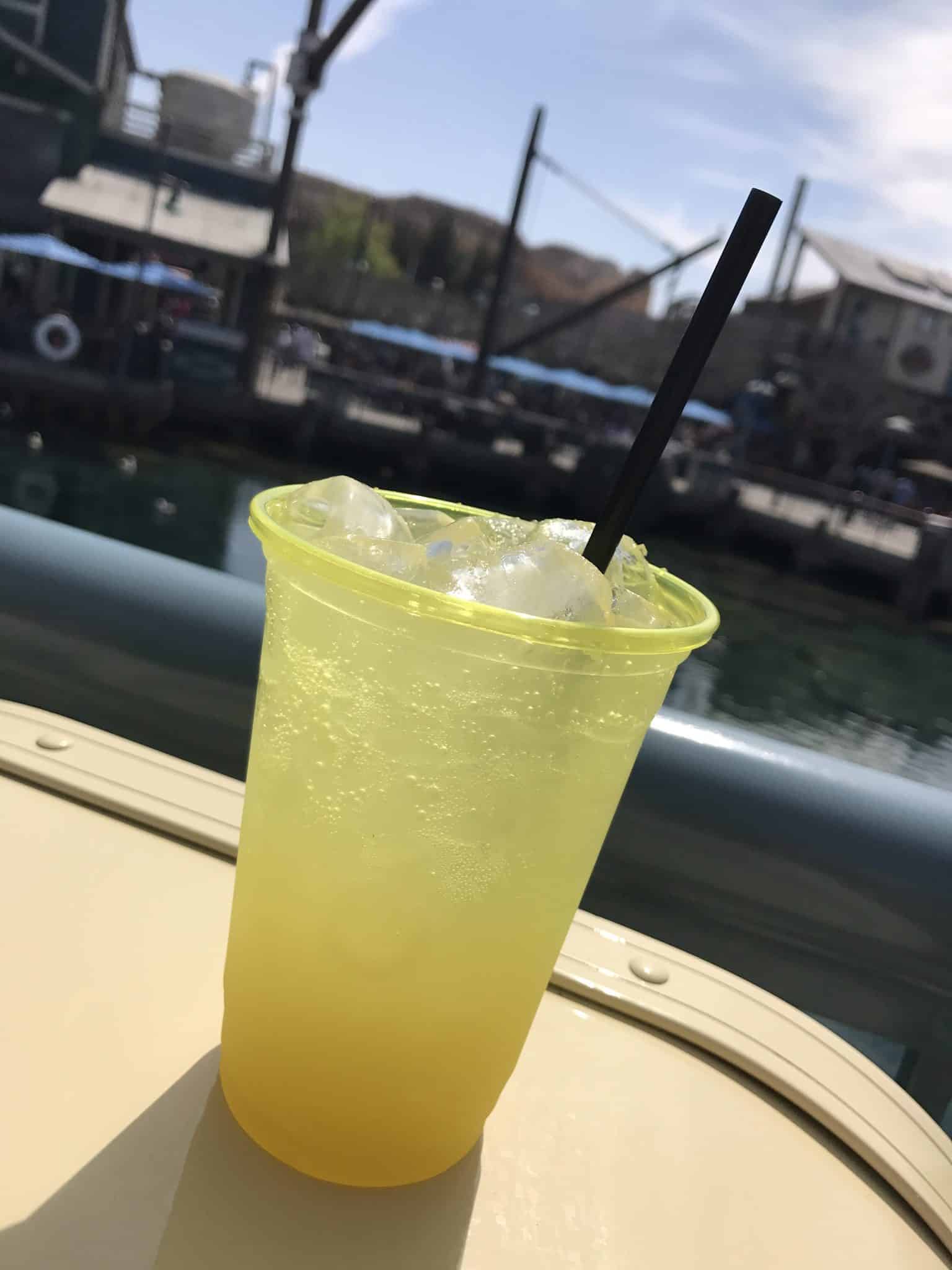 This drink was also a carryover from the Lemon Grove booth of 2017. Our take from then:

This was a great version of a mule.  The sweet lemon contrasted nicely with the ginger beer. This was basically a version of the Gold Rush from Paddlefish, albeit much cheaper.