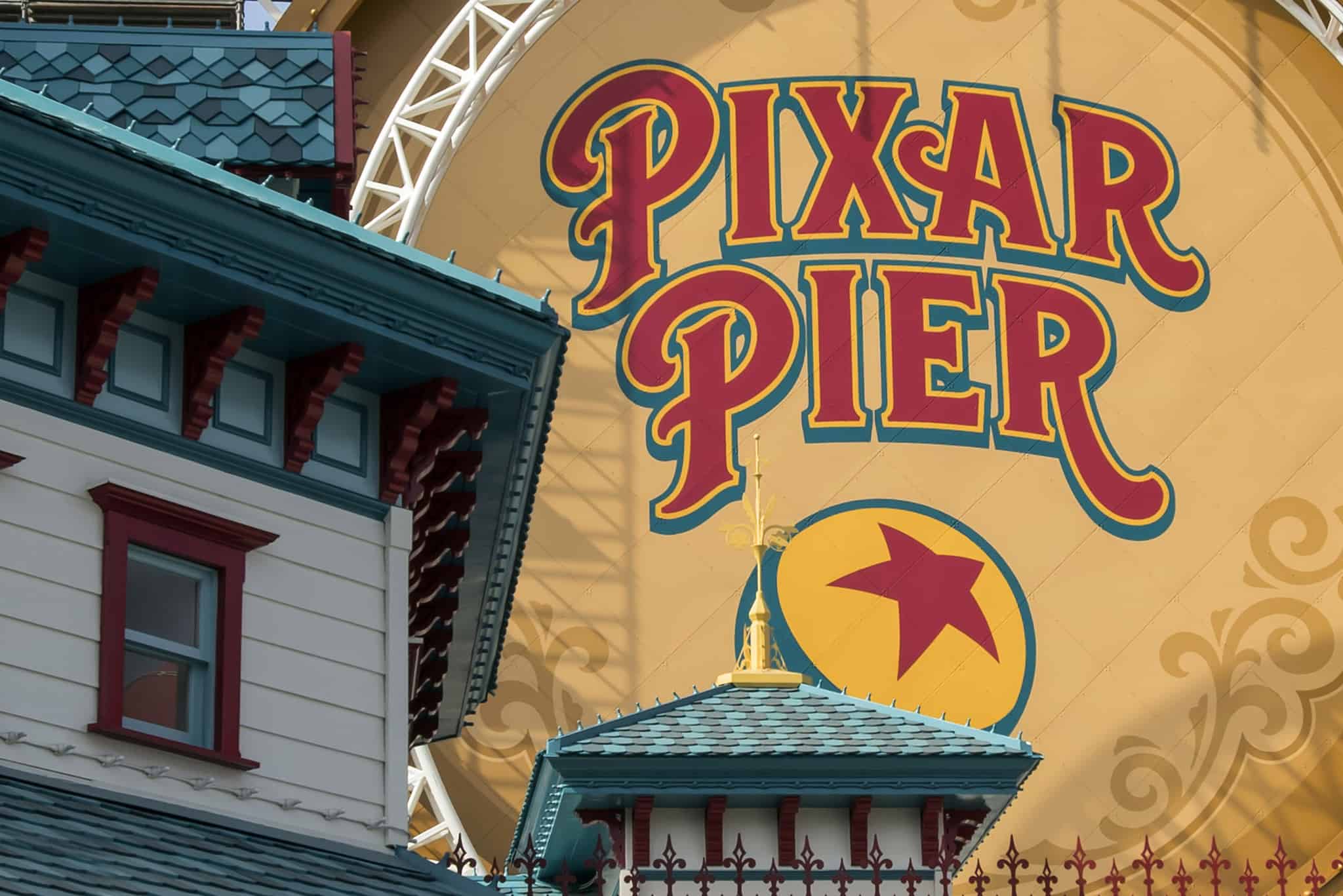 Pixar Pier officially opens this Saturday at Disney California Adventure bringing all the different Worlds of Pixar together in one place. Of course, WDWNT will be there to bring you full coverage of every aspect of Pixar Pier, so stay tuned to WDWNT.com for all the details.

At Pixar Pier, guests will enter the newly reimagined land at Disney California Adventure through the dazzling Pixar Pier marquee – topped with the iconic Pixar lamp coming later this year. Beloved Pixar stories are introduced in this land through four whimsical neighborhoods. 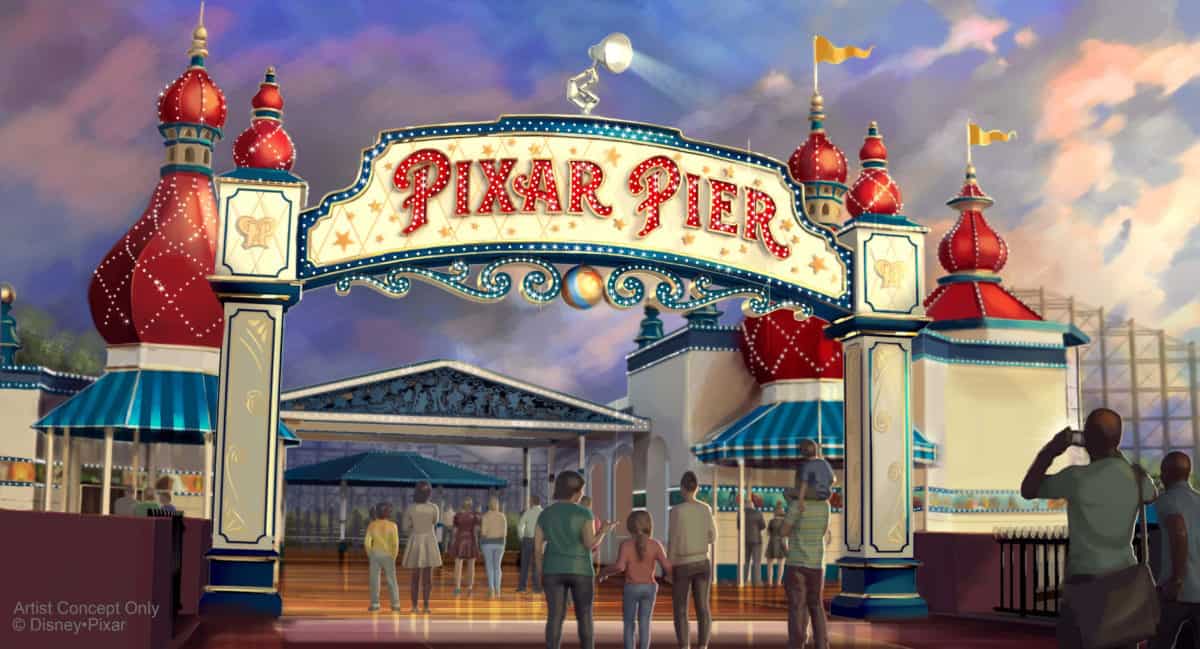 The first neighborhood is Incredibles Park, inspired by Disney•Pixar’s “The Incredibles,” and it opens with the Incredicoaster. Permanently transformed from the attraction that was California Screamin’, Incredicoaster invites guests into a mid-century-modern-style loading area where they will board vehicles with a distinctive, new look. New character moments, new scenes and special effects, and an exciting musical score connect the attraction’s story to Pixar’s “Incredibles 2″. 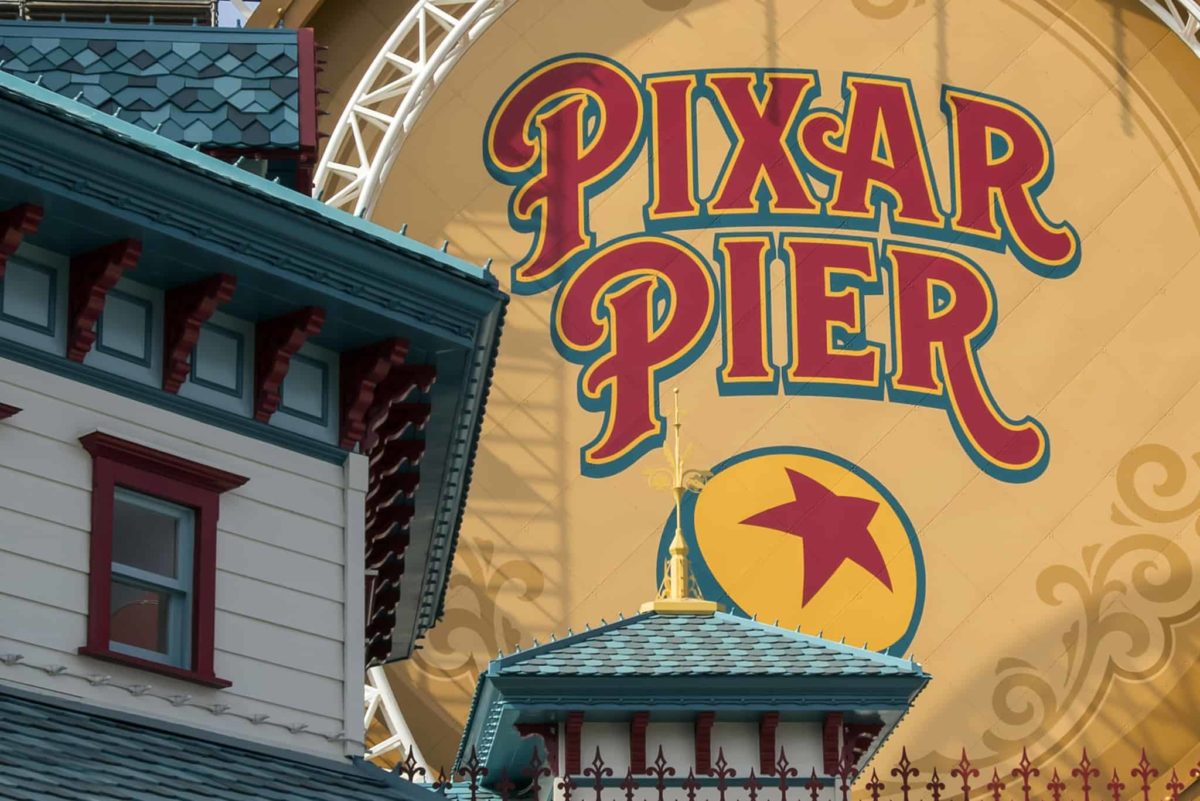 Another new neighborhood is Inside Out Headquarters, inspired by Pixar’s “Inside Out,” where another new family friendly attraction will open at a later date.

The fourth neighborhood, Pixar Promenade, celebrates a collection of guest-favorite Pixar stories. The iconic Fun Wheel transforms into the newly themed Pixar Pal-A-Round, allowing guests to enjoy the beautiful sights of Pixar Pier from 24 freshly-decorated gondolas – each one adorned with beloved Pixar pals.

Pixar Promenade also features the new Games of Pixar Pier, offering guests a chance to test their skills and win a prize. The gleaming superstructure of the Incredicoaster provides the backdrop for this nostalgic midway area, decorated with blinking lights and festive awning canopies. The four colorful and whimsical “pay for play” game booths include:

Another exciting location is the new Lamplight Lounge, an elegant yet fun gathering place for the entire family at the entrance of Pixar Pier. Lamplight Lounge will serve a new menu of California casual gastro-pub cuisine that is playfully presented, along with unique signature cocktails. The seaside lounge will contain a full bar with picturesque waterfront views of Paradise Bay from both upstairs and downstairs.

Lamplight Lounge celebrates the creativity, inspirations and personalities of the artists and storytellers who have brought Pixar stories to life. Guests will discover the artistic marks that Pixar “regulars” have left throughout the lounge, including concept art, a quick sketch on a coaster, memorabilia and collectible toys of beloved Pixar characters.

Just past Lamplight Lounge, guests will find even more fun and creative food and beverage locations inspired by Pixar films. The newly opened Adorable Snowman Frosted Treats, which is already a fan favorite, is inspired by the lovable and not-at-all-abominable monster from “Monsters, Inc.” and serves delicious soft-serve. Jack-Jack Cookie Num Nums in Incredibles Park features baby Jack-Jack’s favorite treat for guests to enjoy. At Toy Story Boardwalk, guests will visit Poultry Palace and Señor Buzz Churros. Poultry Palace, which looks like the oversized fun meal box and juice box featured in the Pixar short, “Toy Story Toon: Small Fry,” will offer delicious turkey legs. Señor Buzz Churros offers the quintessential Disneyland Resort treat at a food kiosk where Buzz has switched into Spanish mode, just like he does in “Toy Story 3”. Further down the path in Pixar Promenade, Angry Dogs will feature Anger from “Inside Out” and serve up hot dogs, where the more Anger burns with rage, the hotter the dogs get.