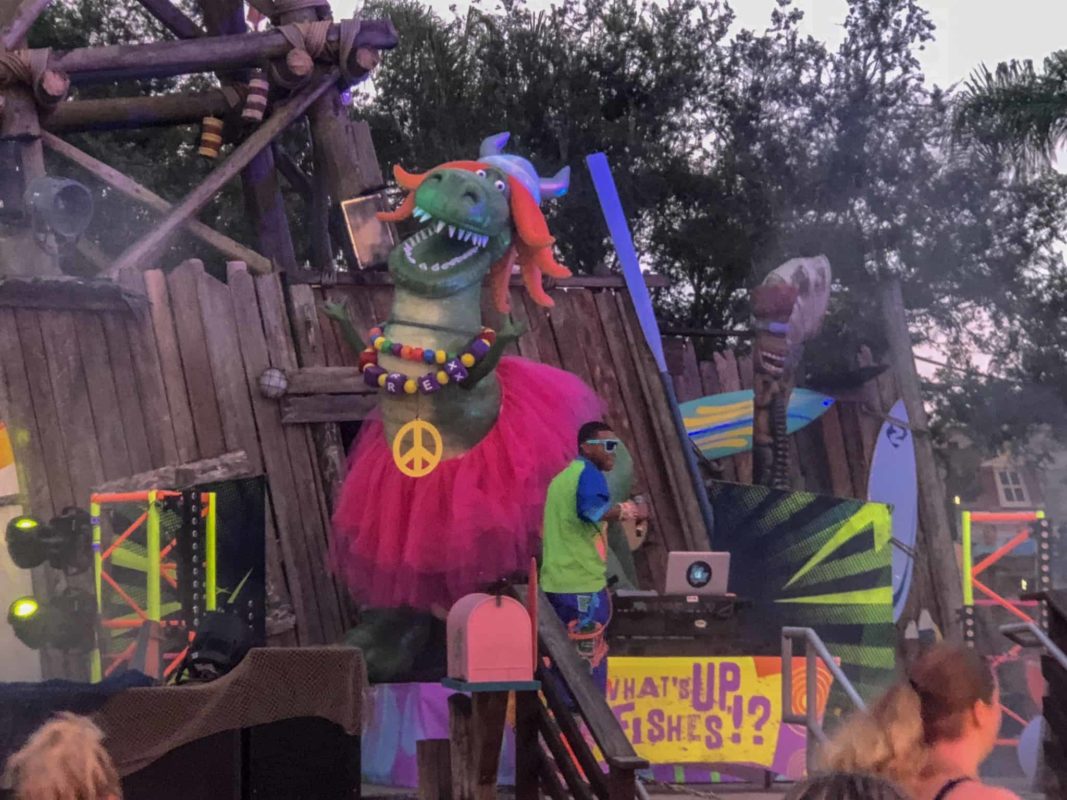 REVIEW: Disney H2O Glow Nights at Disney’s Typhoon Lagoon – Is It Worth Your Money?

Disney H2O Glow Nights is a brand new hard-ticket event this summer at Walt Disney World. The event takes place at Typhoon Lagoon after hours and is themed to the Toy Story Toons short Partysaurus Rex. If you’ve never seen the short you can watch it here. Here’s the jist of the story: BATHTIME RAVE. The idea seems cool on paper, but how on earth were they going to make the entire park glow? Carefully, and not much, as we found out. However even with minimal theme and event-exclusives, we found immense value in the price paid for tickets. $55/adult, $50/children for reference. 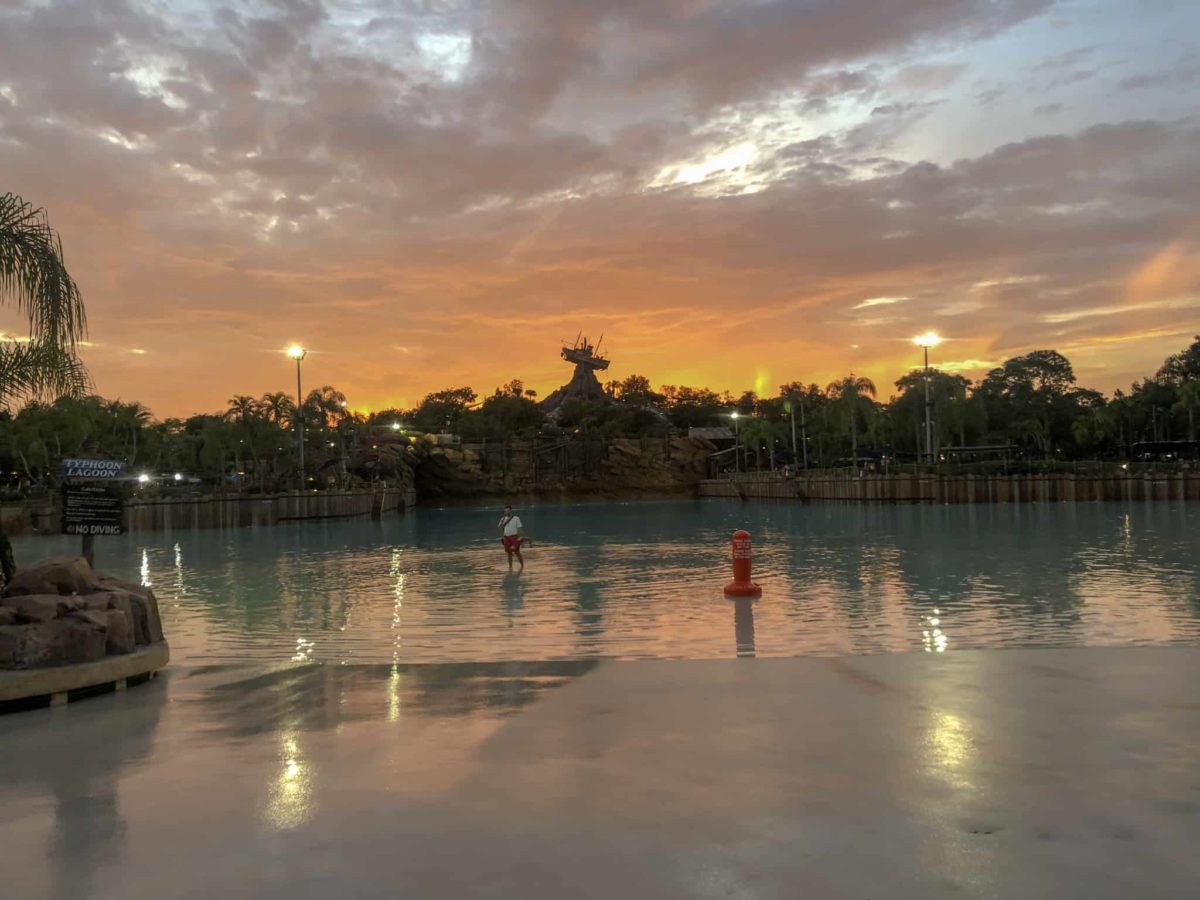 The event starts at 8pm sharp and lasts until 11pm. Typhoon Lagoon was built for nighttime use, so not much had to be installed to make this park ready for the nighttime crowds. All of the attractions were open during the event with little to no wait time, we didn’t wait over 5 minutes for anything including the Crush N Gusher. 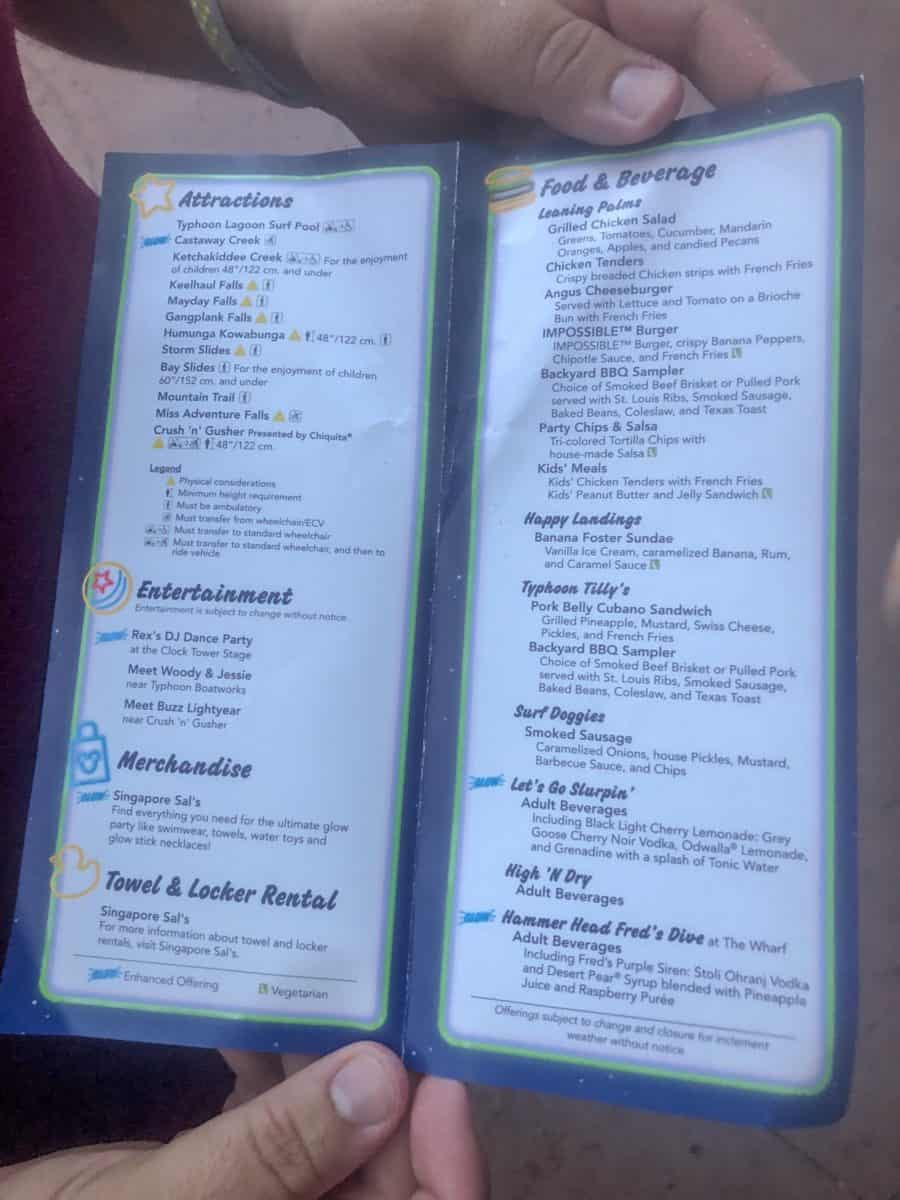 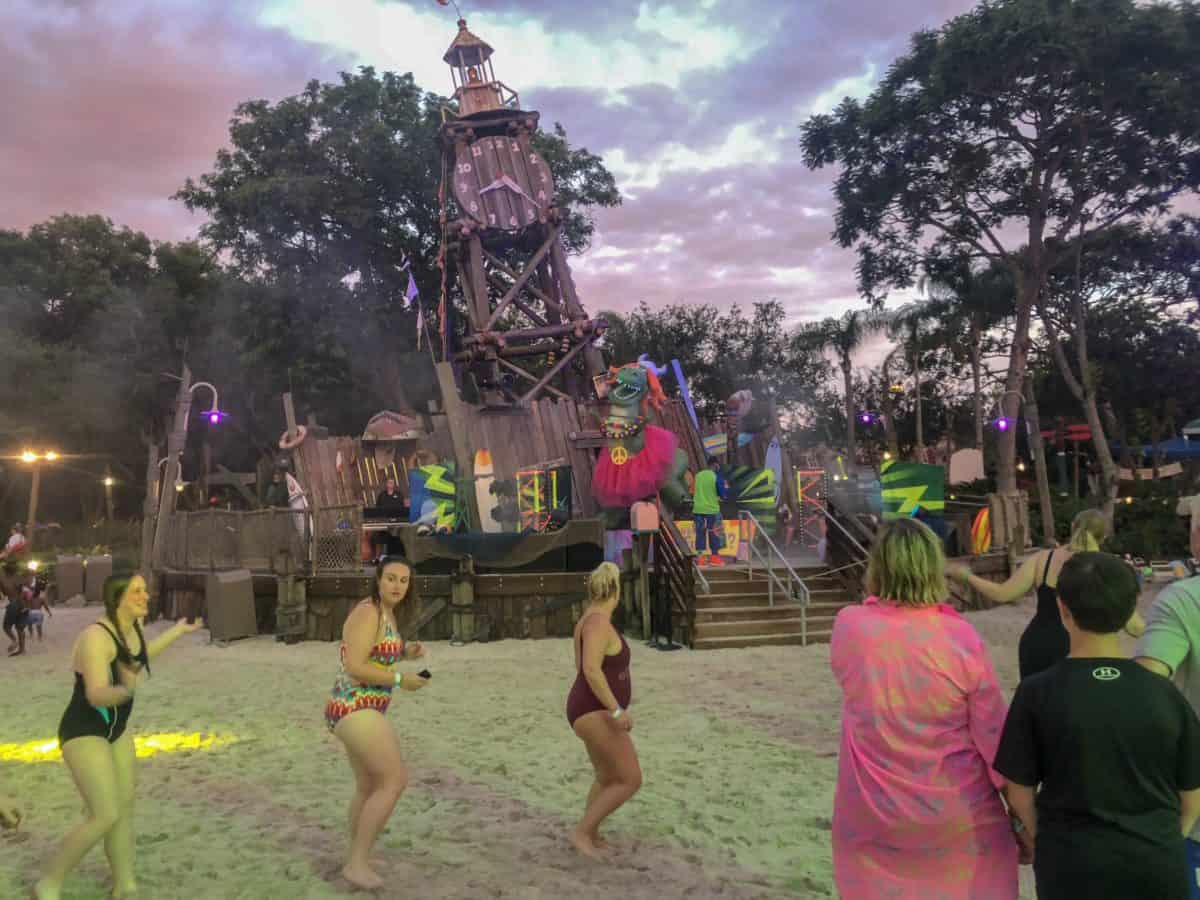 Near the entry of the park is the Clocktower Stage where a DJ dance party happened all night. There’s huge black lights on dancers dressed in neon and the DJ. Oh, and there’s a gigantic inflatable Partysaurus Rex. He’s pretty cool and overseeing the festivities. 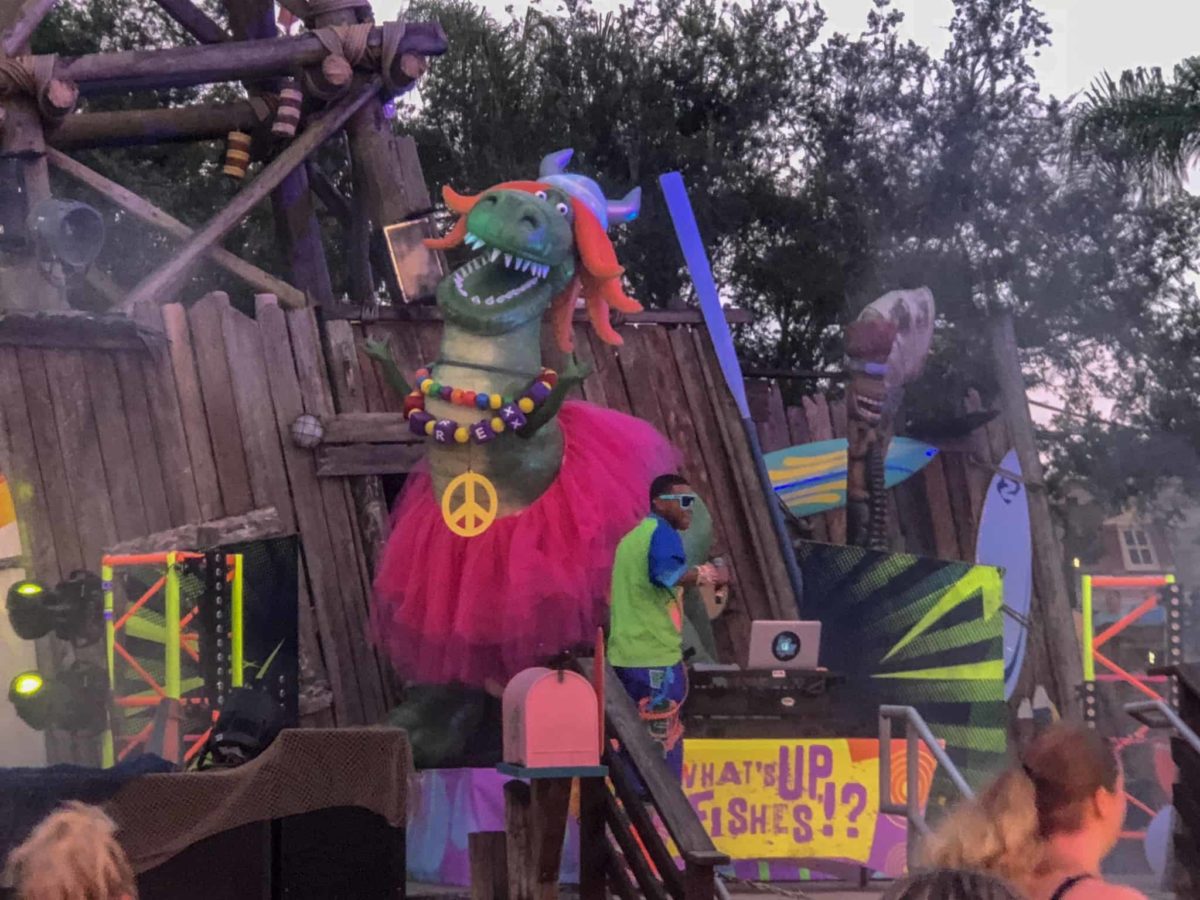 Besides the DJ, event-exclusive offerings included meeting with some of the Toy Story gang across the park (Buzz, Woody, Jessie), specialty rafts in the lazy river, and a few different drinks. Different here literally means topped with boba, these frozen drinks are available in the daytime as well. 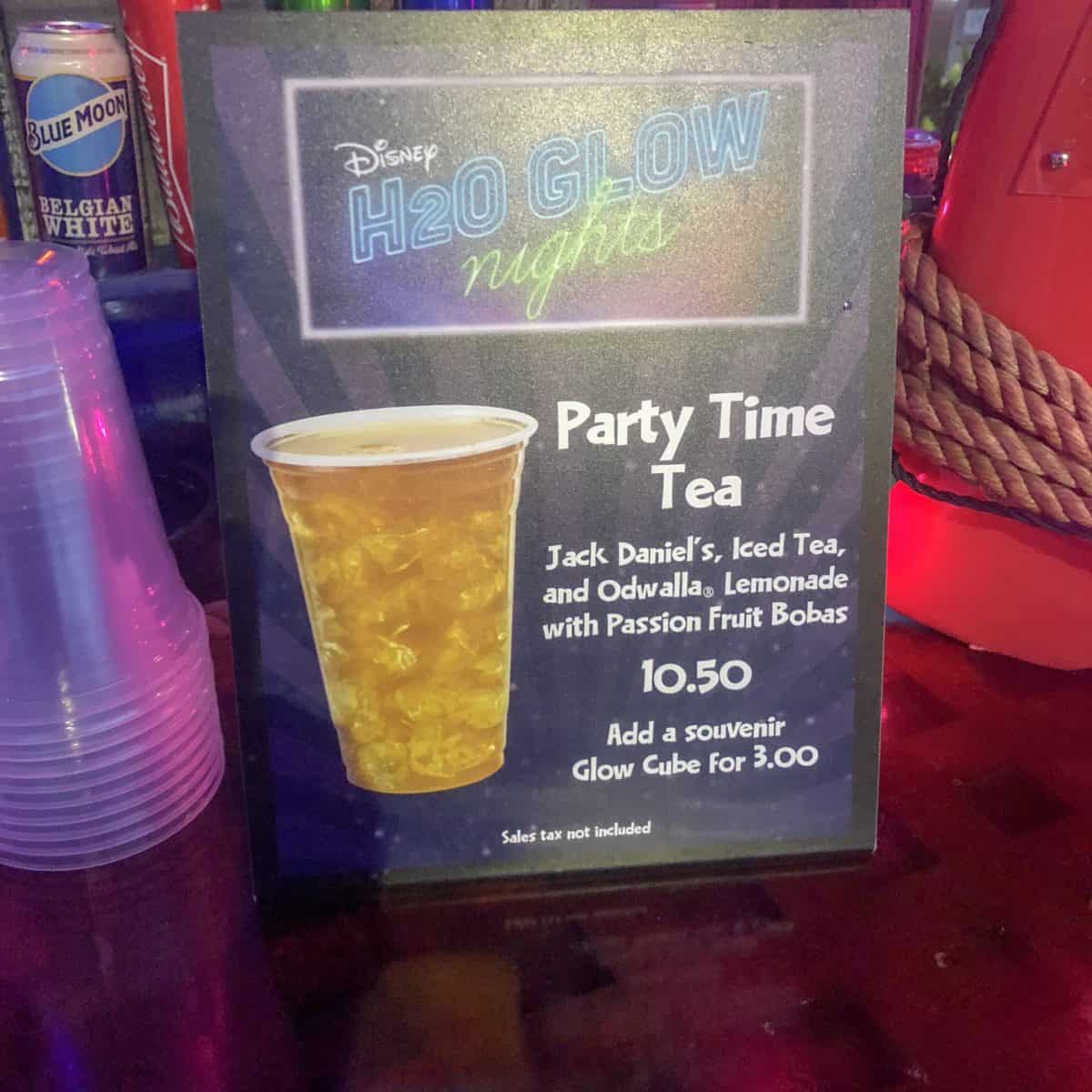 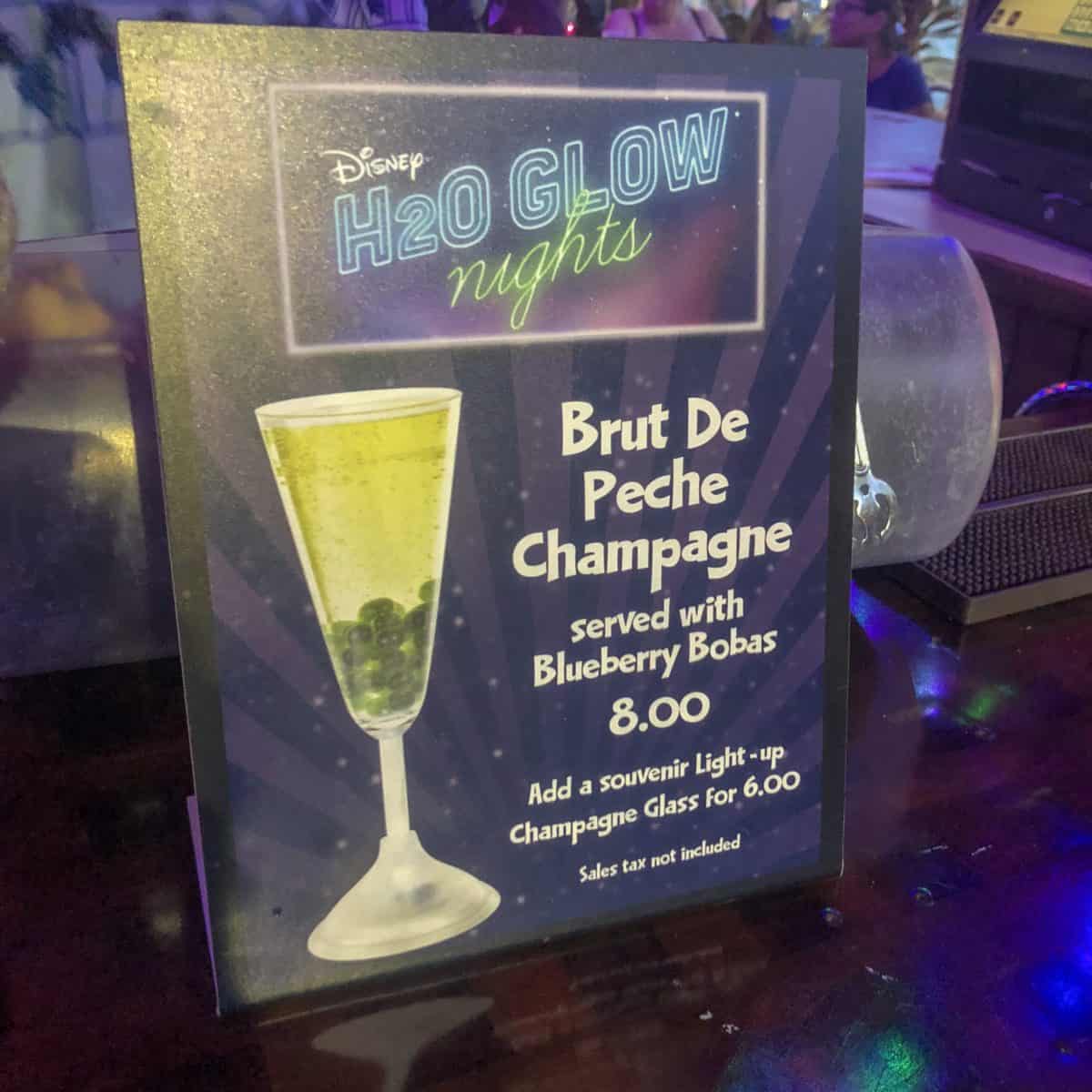 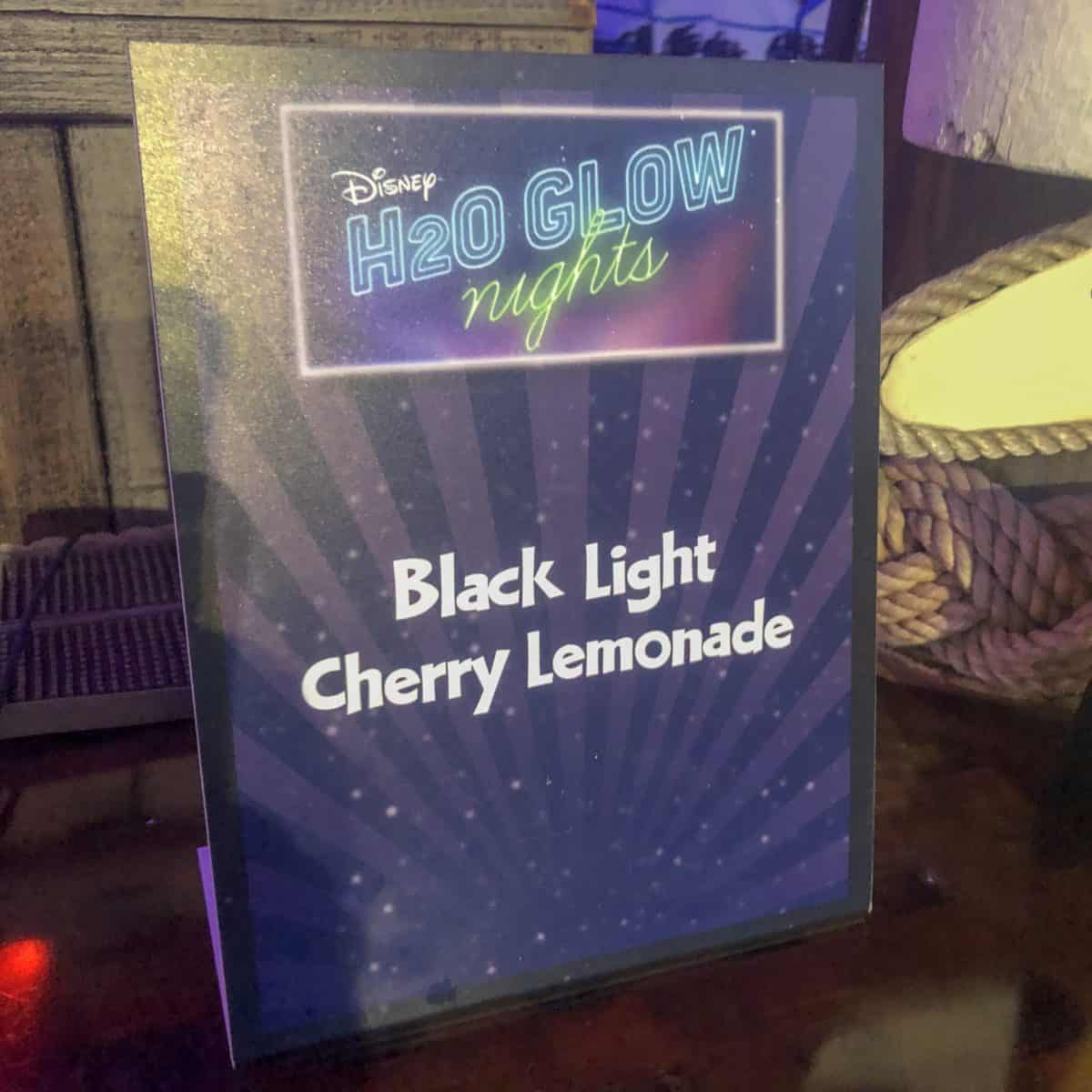 These three are available at Let’s Go Slurpin’, one of the bars located just off of the main wave pool. 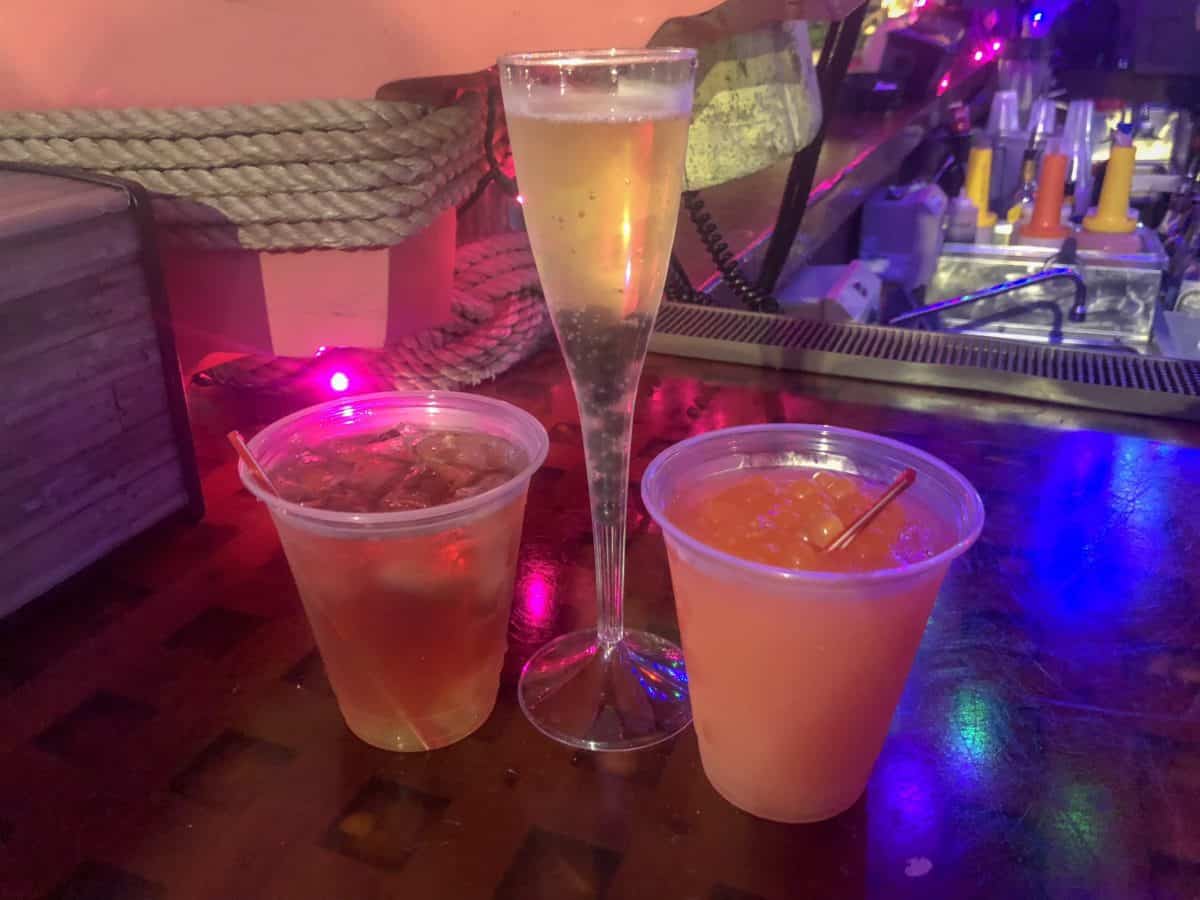 Don’t get the Party Time Tea, it’s horrendous. Obviously frozen drinks are refreshing and easy to drink while traversing the park. 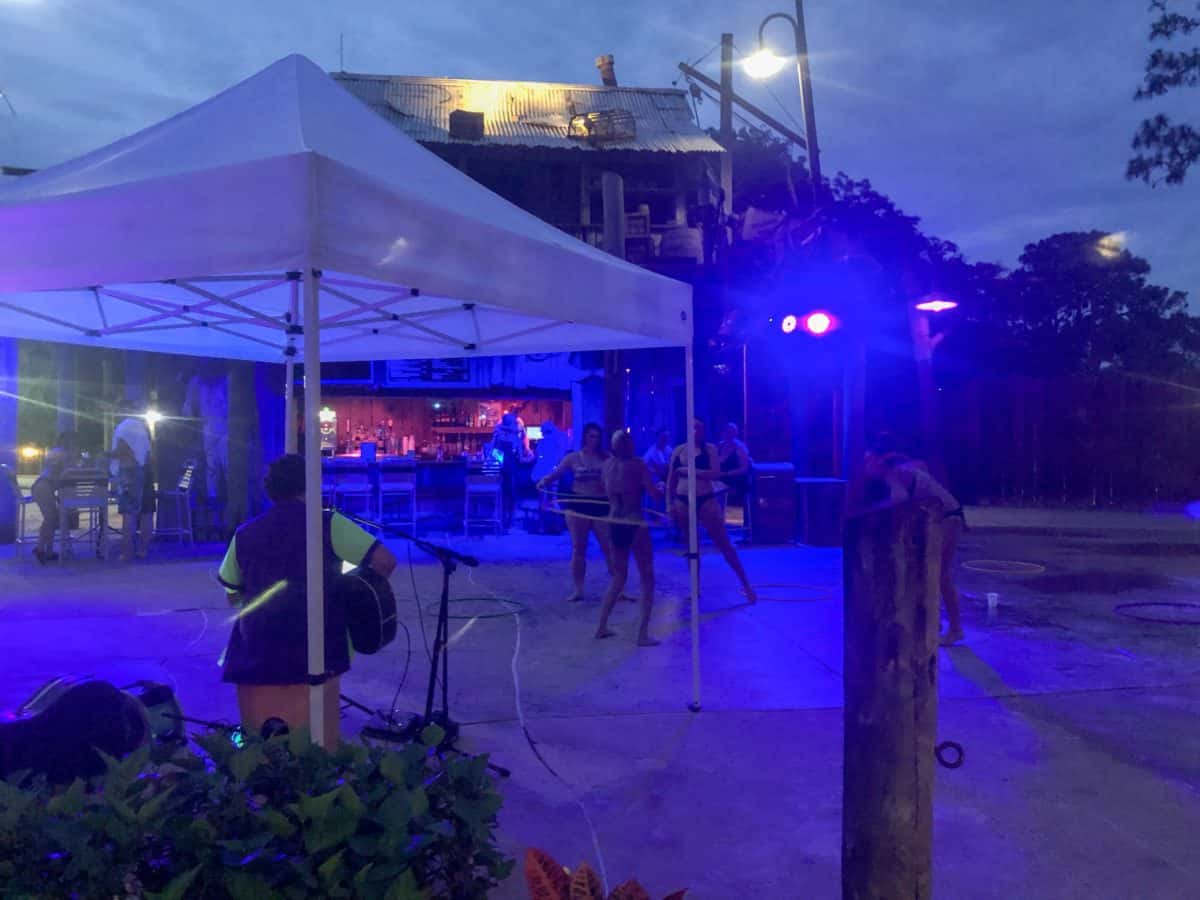 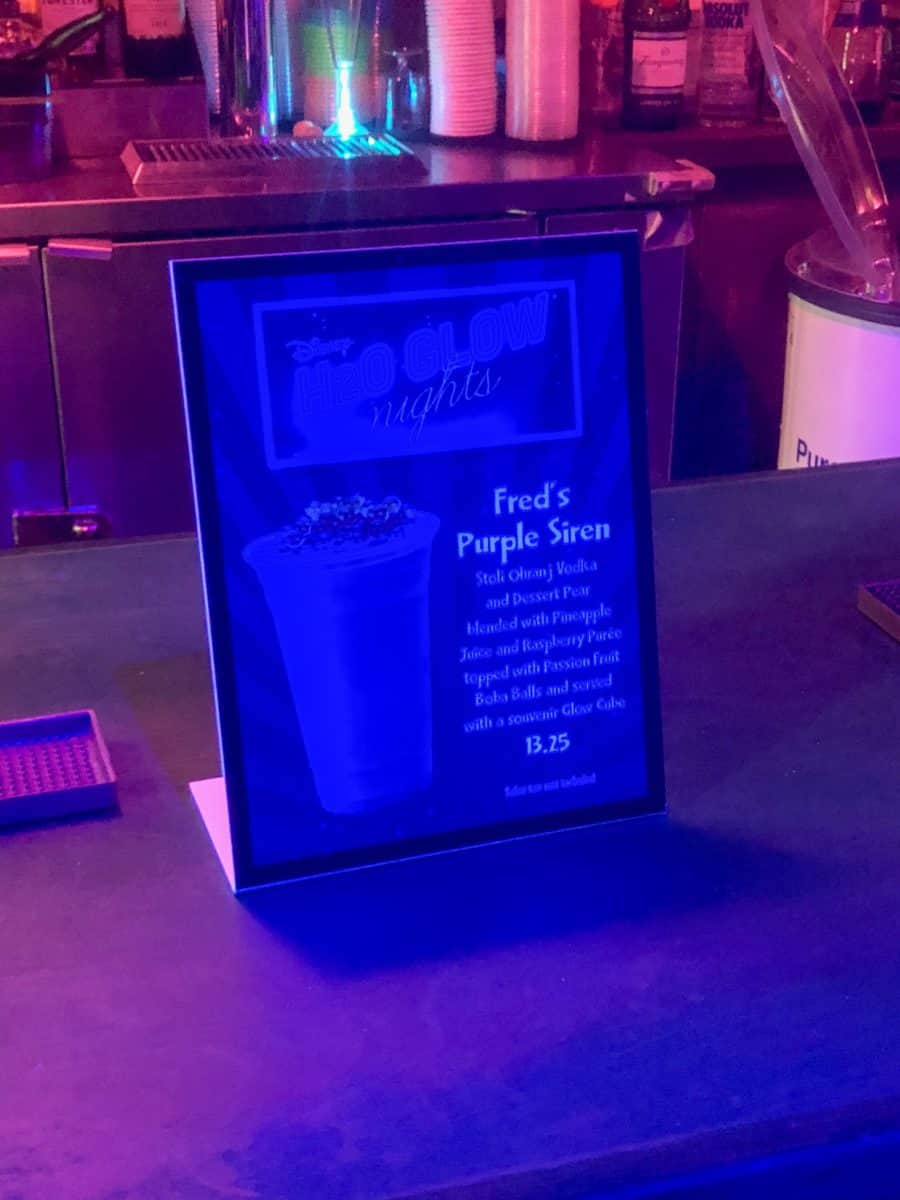 There’s another event drink at Hammerhead Fred’s Dive bar. We didn’t get a chance to try this one unfortunately, the line was longer than waits for slides. There was a live guitar player here though, which would have been nice to relax near had we had more time at the event. 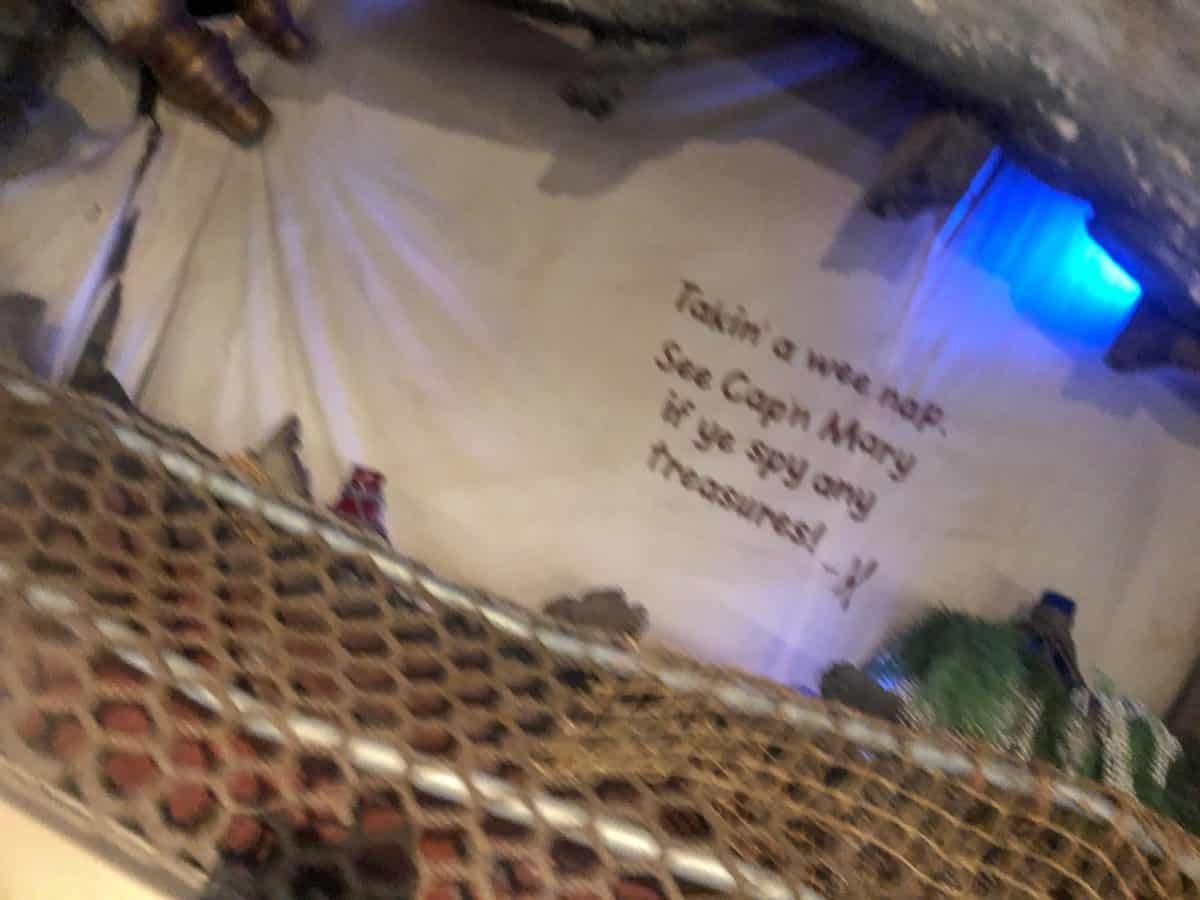 Speaking of slides, Miss Adventure Falls is equipped with LEDs and mood lighting across the entire track, it’s really nice. Her parrot isn’t around at night though, he’s taking a nap. 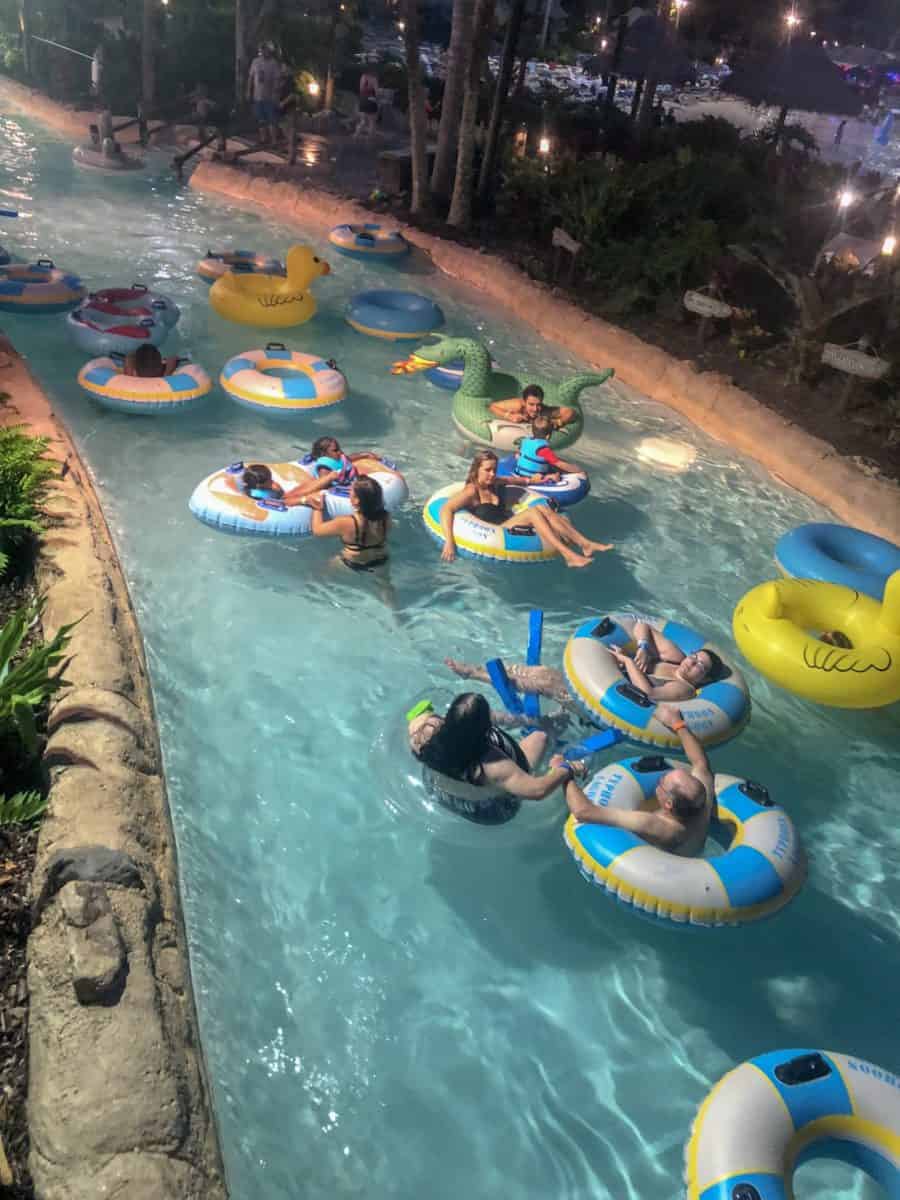 Here are some of the special floats in the lazy river. Some even have lights in them, not that it matters with the huge floodlights over the waterways. Still, it’s a cool and unique offering. We fought over dragons and penguins and the Cast Members said there’s a pig with wings floating around. 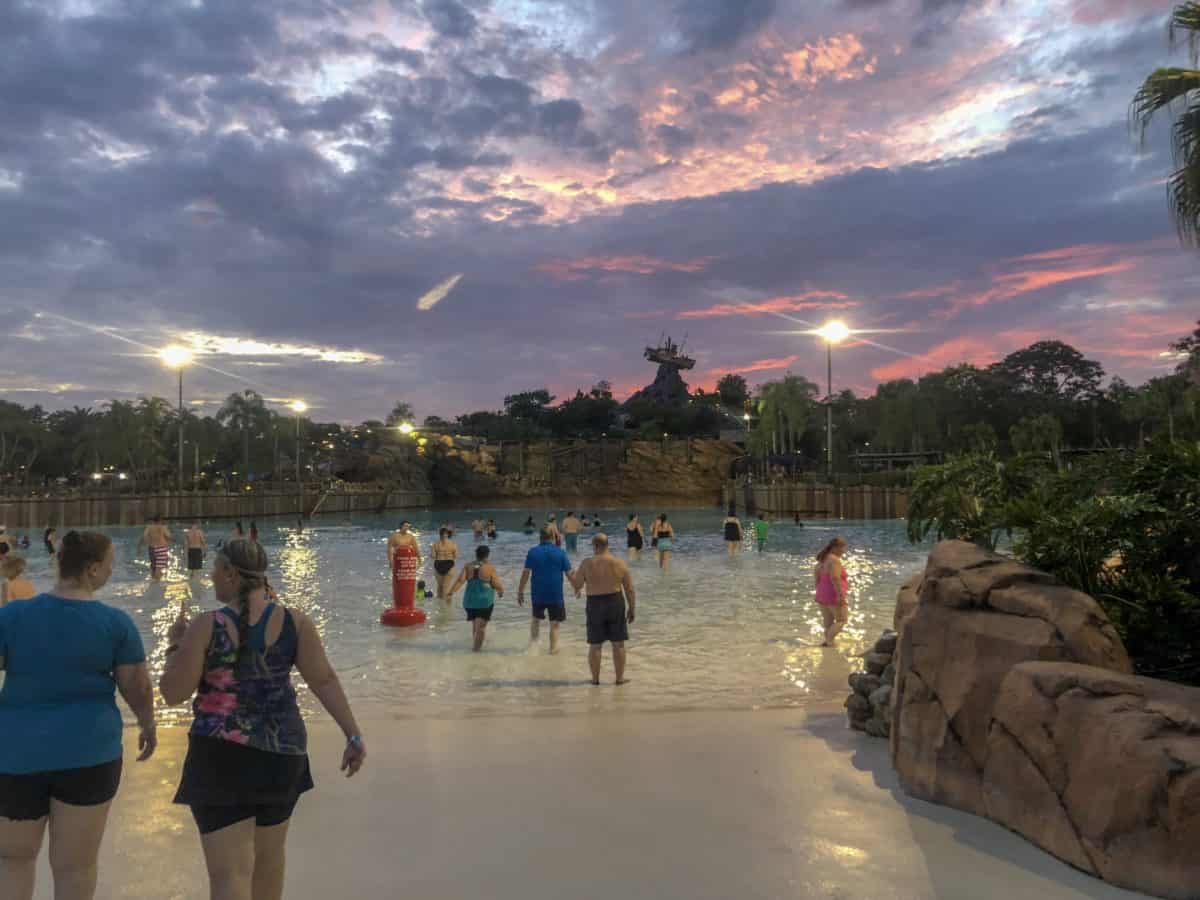 Overall, we really enjoyed the event. But the big question is if it’s worth the cost.

Lets break things down for a second. A regular one day water park ticket for either Blizzard Beach or Typhoon Lagoon is $65/adult. This event is $10 less, but is significantly less time in the park than a regular ticket. You make up that lost time by not having to wait in extended lines for every slide and attraction, even the lazy river wasn’t busy. The park honestly felt secluded without everyone fighting over chairs and queues. A very welcome experience. The theme is light and the entertainment not really interesting, unless you like learning how to Duggie or watching people whip and nae nae. The absolute highlight of the event is the wave pool in the final 30 minutes. Typically the wave pool here does a gigantic wave every 15 minutes and then cools down. The final 30 minutes of glow nights was a gigantic wave every 2-3 minutes. It’s an amazing end to a fantastic night and everyone in the pool was having an amazing time. 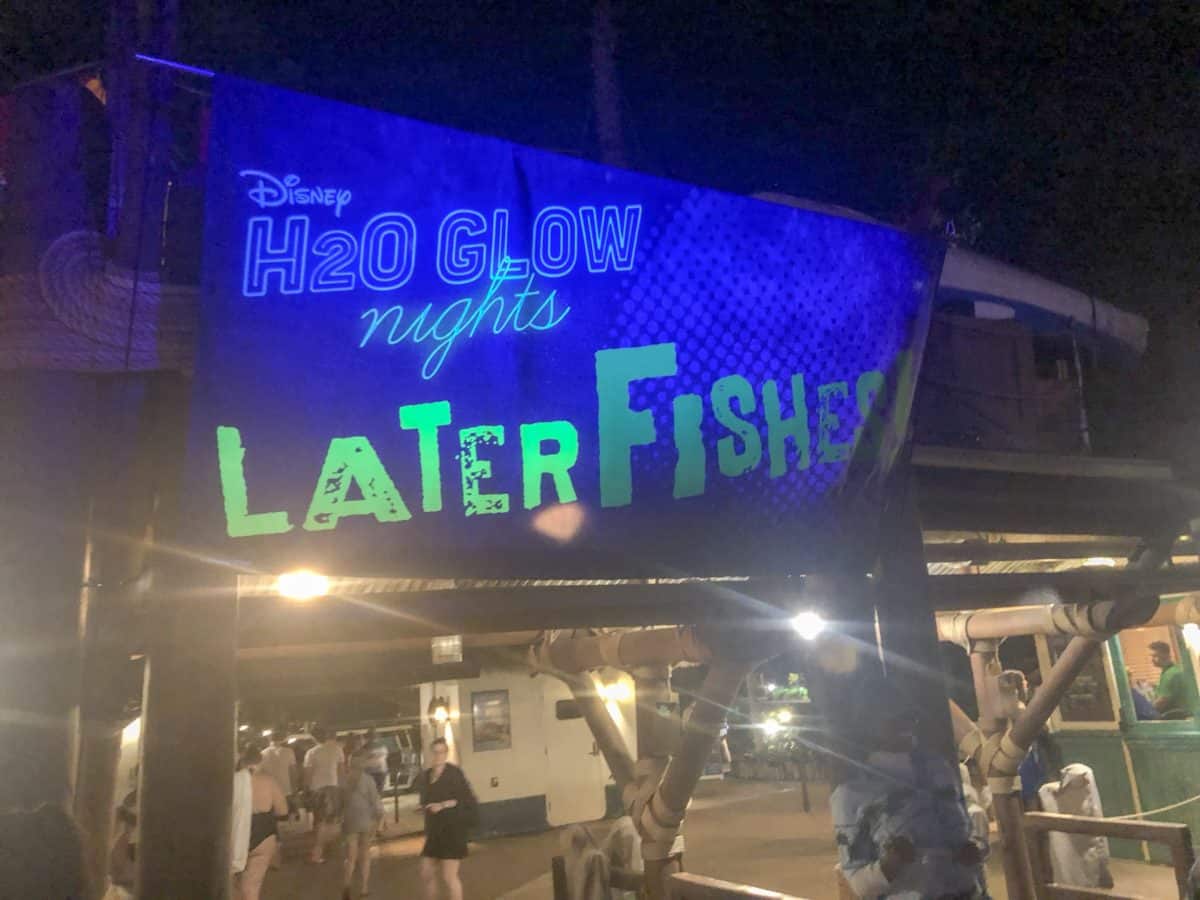 If you want to get a full day out of a water park in the sun, this event isn’t for you. If you’ve been to Typhoon Lagoon before and want minimal waits, nighttime in a gorgeously themed park, and the best wave pool experience ever: we can’t recommend it enough.