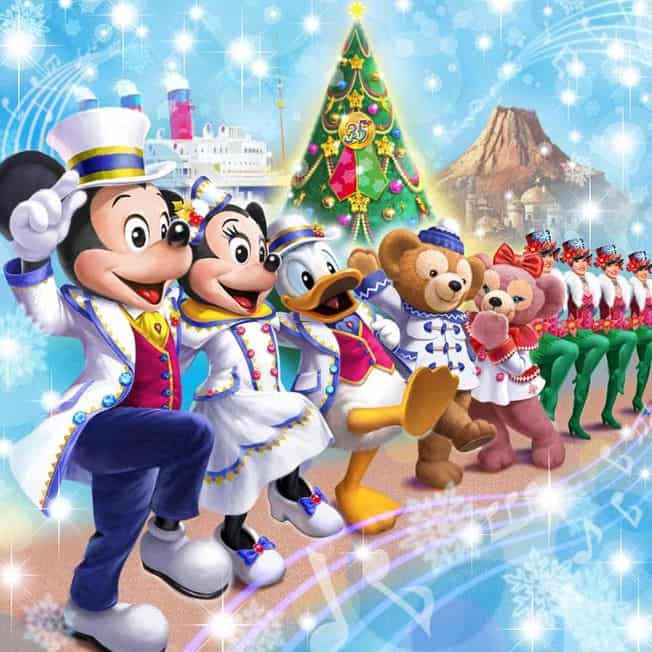 Christmas festivities this year at Tokyo Disney Resort will coincide with the 35th Anniversary celebrations of the resort. A whole host of new entertainment along with returning favourites will bring the Christmas magic to the two parks beginning November 8. 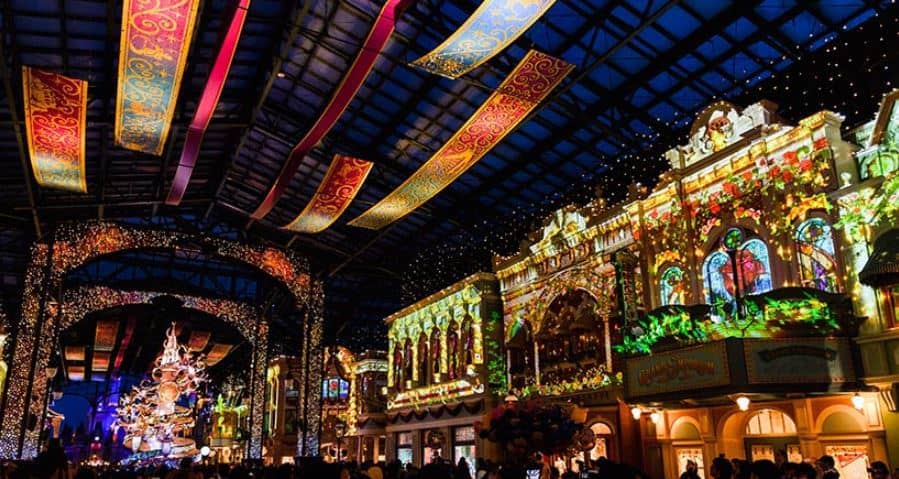 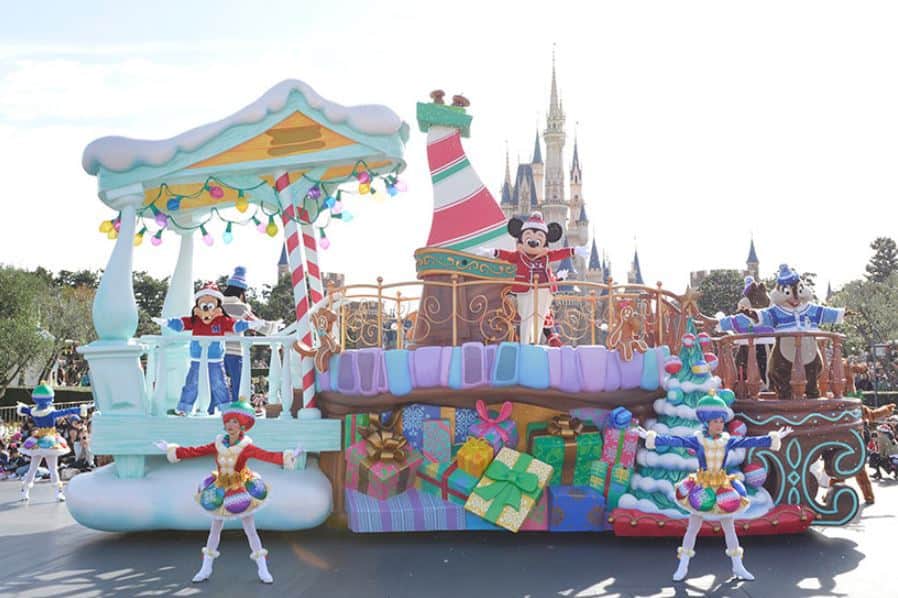 Disney Christmas Stories Parade showcases how Disney characters spend Christmas with their friends and family. The parade features two show stops, between Western Land and Fanatsyland and on Central Plaza. Guests will be invited to join the Christmas party with their favourite characters. The finale comes as snow falls along the parade route.

Performed in Mediterranean Harbour, this new show combines live singing and dancing with Christmas music and Disney characters. Santa Claus will join Disney friends including Mickey, Duffy, Max, Clarice and Scrooge. At the end of the show the cast will come together into a line dance as fireworks are set off around the harbour. 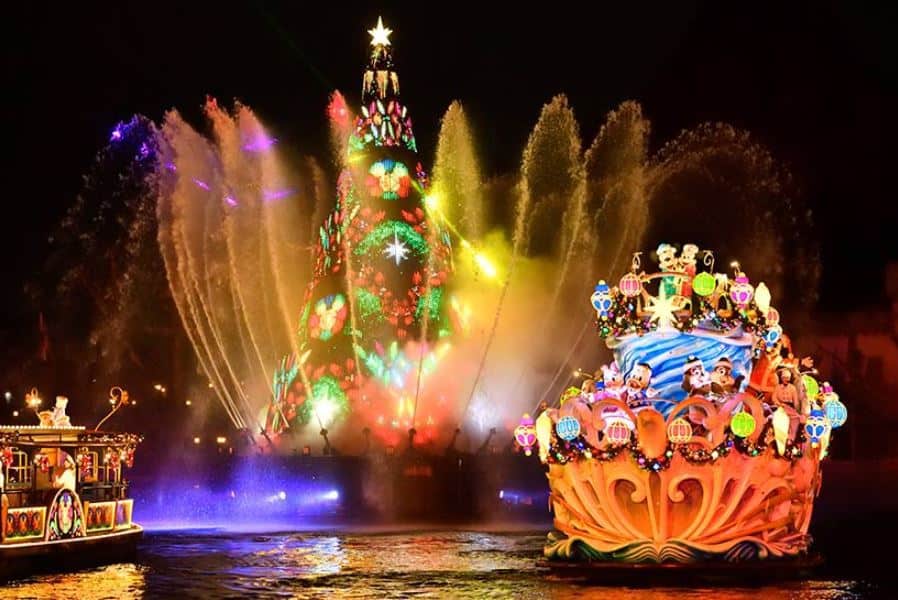 To conclude the day at Disney Sea, a 15 meter LED Christmas tree on the water will shine brightly. Accompanied by fountains, lasers and a boat full of Disney characters wishing you a Merry Christmas. After the show the Christmas tree continues glittering with Christmas music playing. Snow will fall after Brand New Dream fireworks conclude. 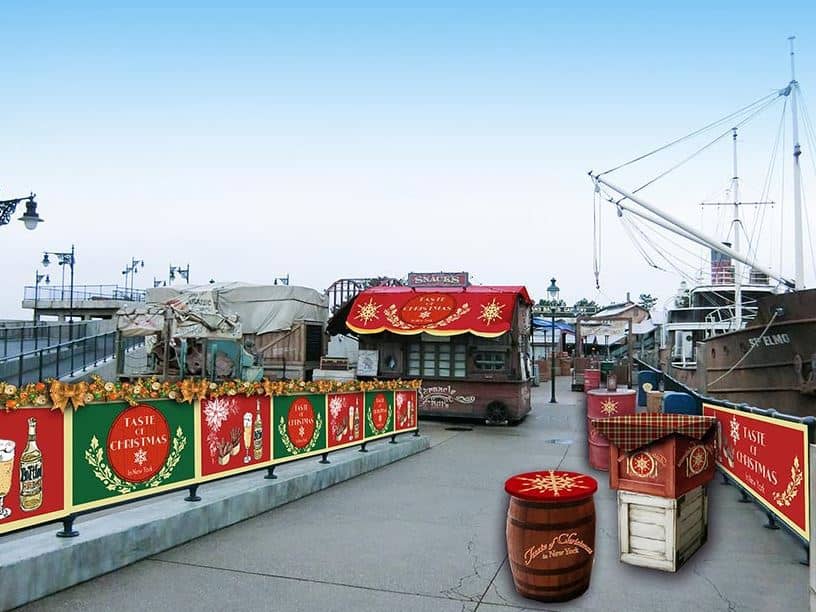 For the first time Tokyo Disney Resort will hold a food festival entitled Taste of Christmas in the New York area of American Waterfront. Alcohol and snacks will be served in the shops of New York. In addition to a speciality hot alcoholic drink created especially for the Christmas season. 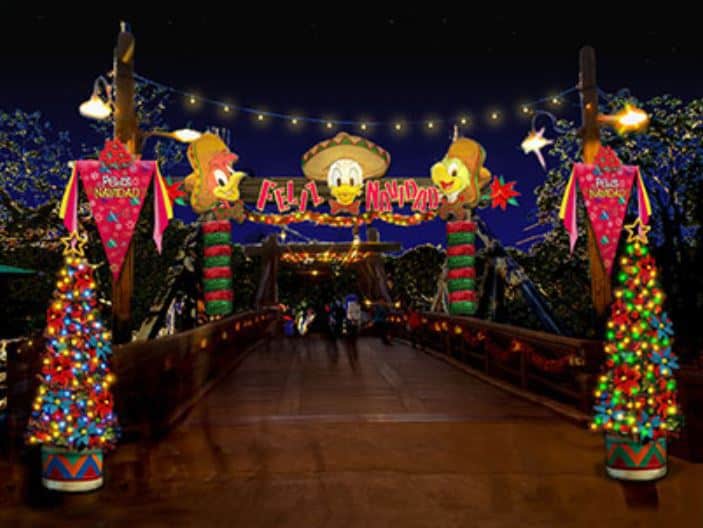 A towering Christmas tree complete with the 35th Anniversary logo will be placed in each park, behind Cinderella Castle in Disneyland and in front of the SS Columbia in Disney Sea. Lost River Delta in Disney Sea has been decorated by The Three Caballeros. So expect a colourful and lively Navidad! Guests will find unique photo locations in each land of Tokyo Disneyland. Haunted Mansion and Country Bear Jamboree will receive holiday overlays.

Christmas at Tokyo Disney Resort runs from November 8th until Christmas Day. With a new stage show, a magical parade and all of the festive decorations as well as all of the 35th Anniversary offerings, will you be making a trip to Tokyo to celebrate Christmas?