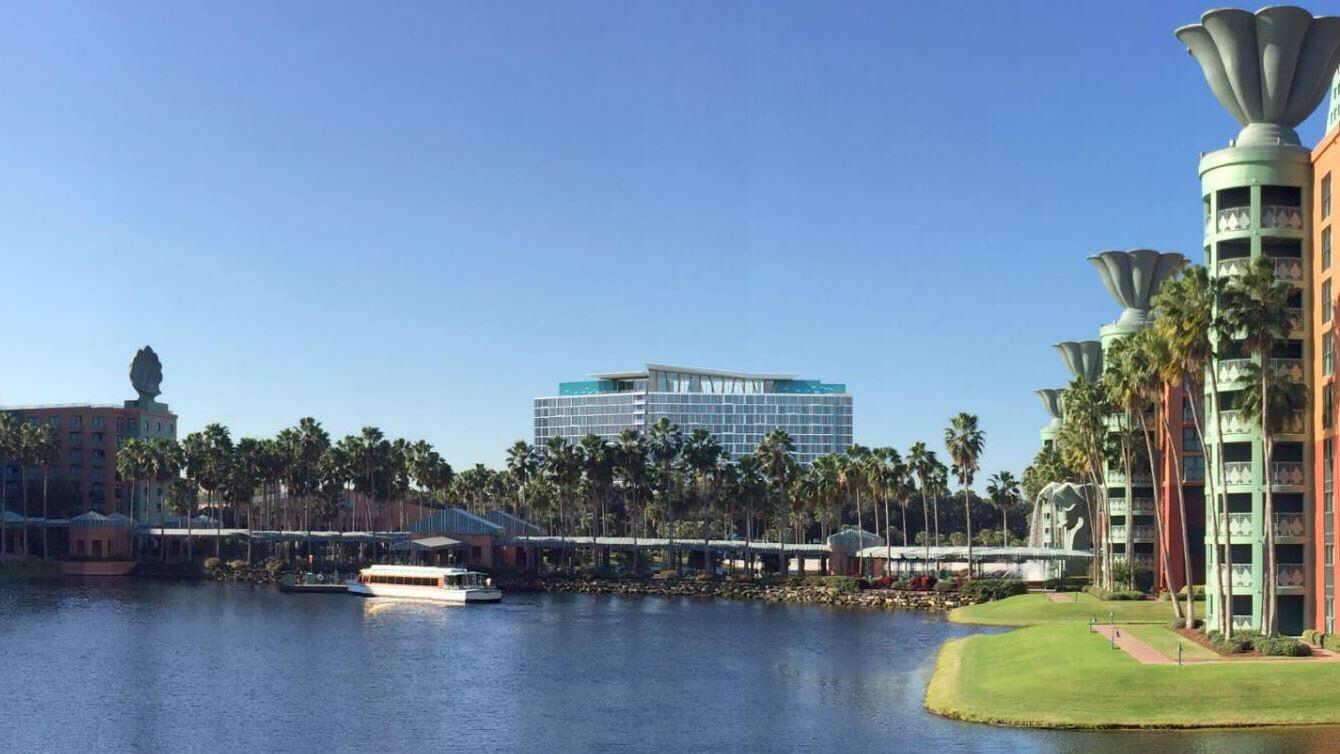 A recent article from GrowthSpotter has revealed details about a third tower coming to Walt Disney World Swan & Dolphin Resort, scheduled to be completed by 2020.

The fourteen-story tower, set to be built on the current site of the Swan’s tennis courts, will be home to 349 guest rooms and 21,000 square feet of meeting space. 151 of the guest rooms will include private executive meeting spaces. The tower will also have a covered rooftop terrace, meeting space on the top floor, a 90-foot long pool and fitness center, as well as a 75-seat restaurant and a 50-seat bar and lounge. The building’s façade will mostly be glass with an angular design, giving it a unique appearance from the Swan & Dolphin.

The news comes as part of the transformation of the Swan & Dolphin Resorts, including a multi-million dollar renovation of both resorts’ lobbies. Tishman Principal and Vice Chairman Daniel R. Tishman said that the new tower is designed to provide the same “best-in-class experience” that the renovated resorts currently provide.

Like both the Swan and Dolphin, the tower will be owned by Tishman and MetLife Investment Management. There’s no word yet on whether the new tower will be part of the Swan or Dolphin, or will be given a new identity altogether.

We will provide more information as it becomes available.