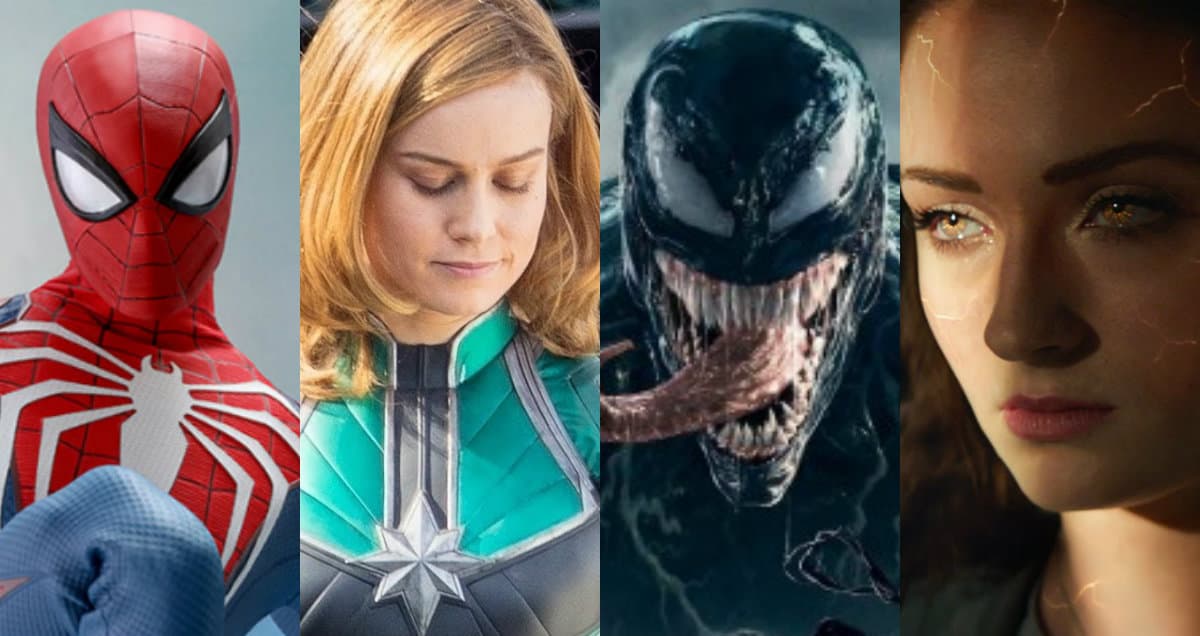 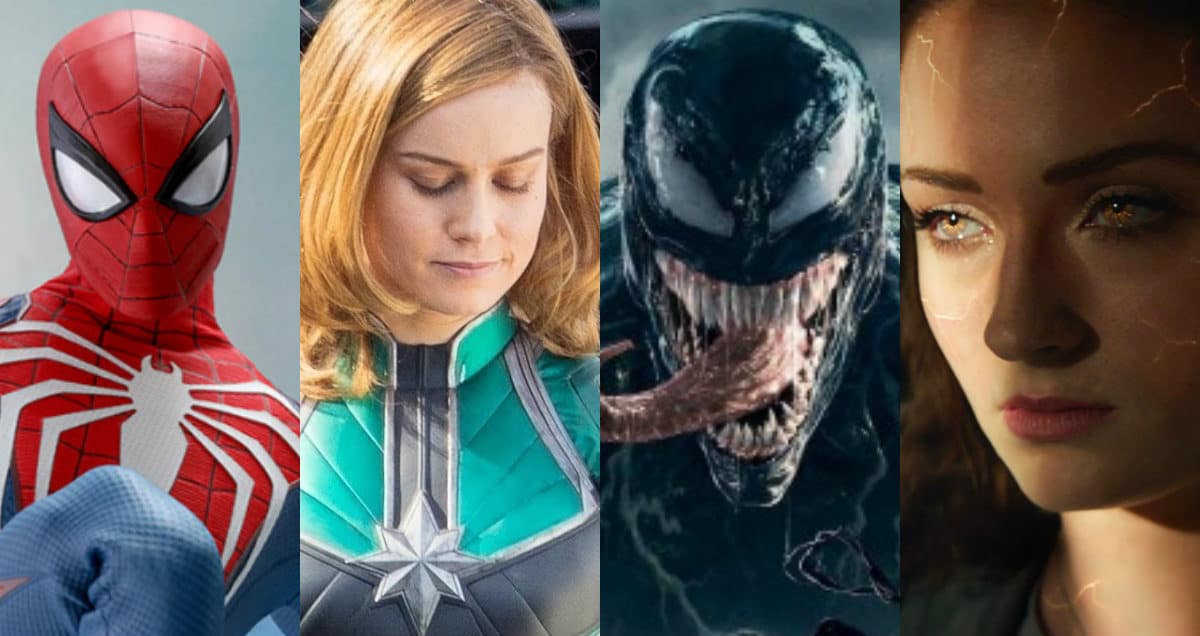 The Captain Marvel Teaser: It’s Not Easy Being Green 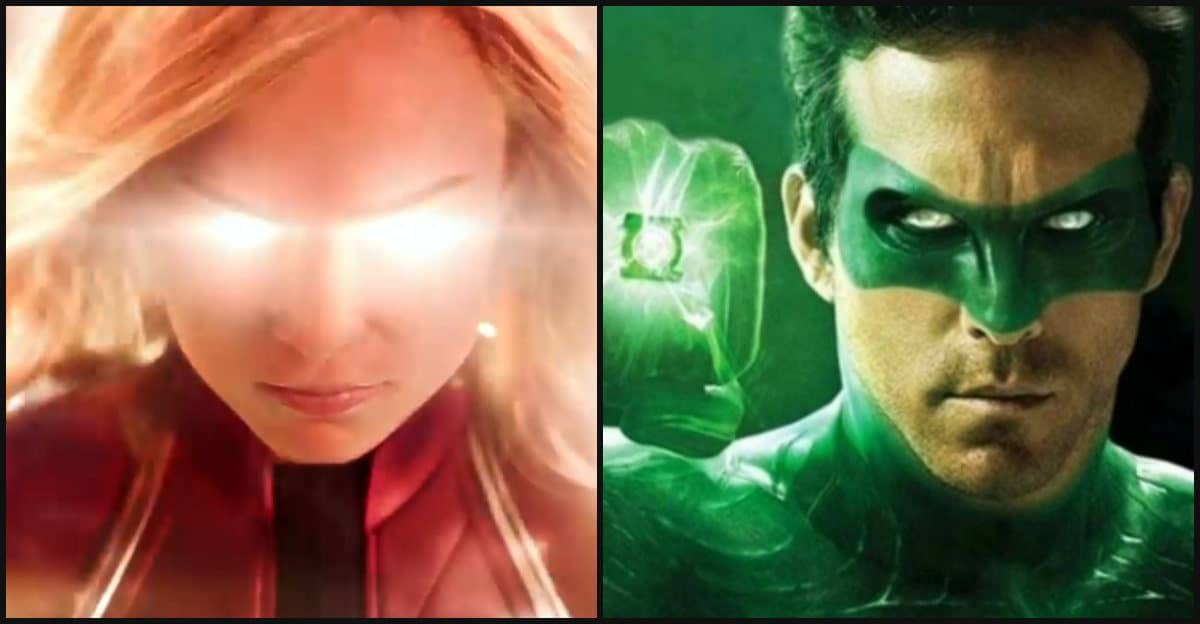 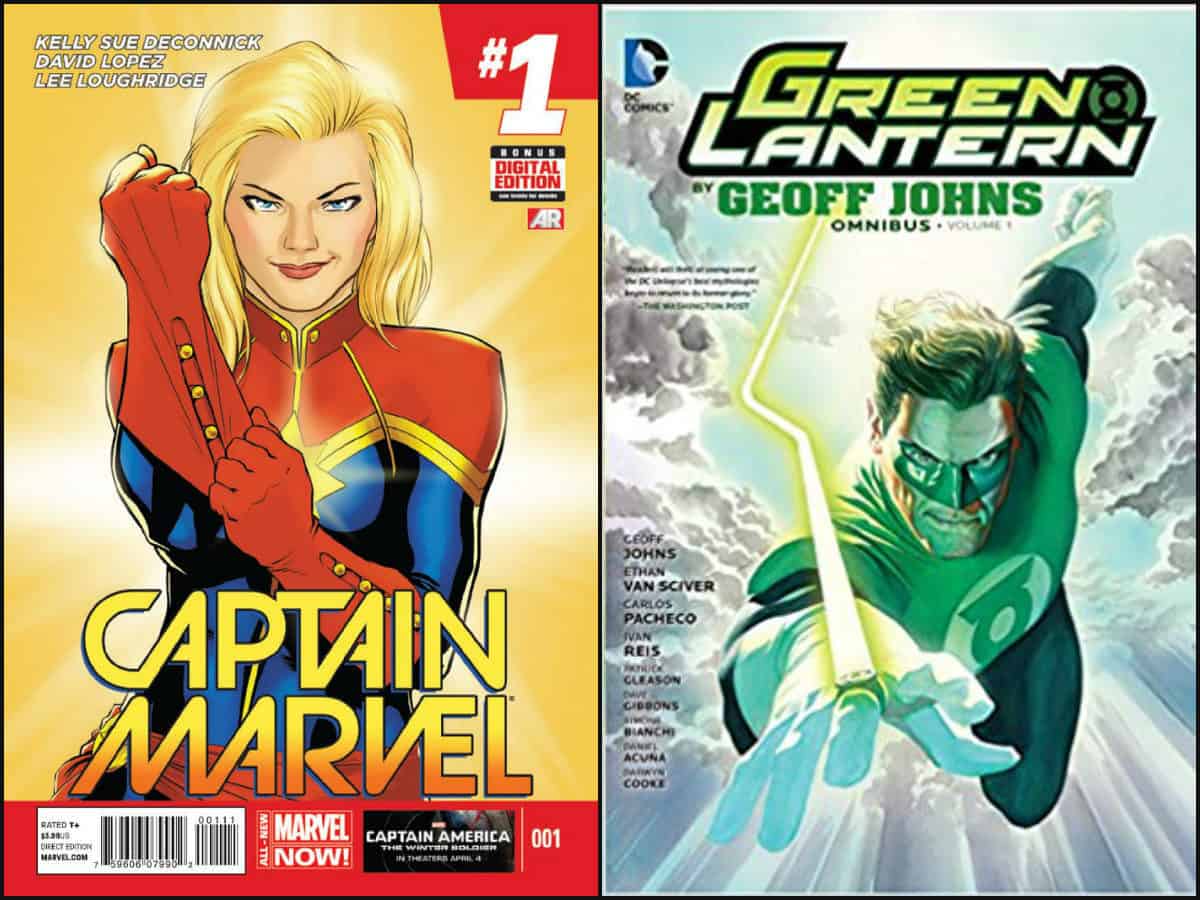 In the comics, Hal Jordan, an Air Force pilot, receives a ring from a dying alien and becomes Green Lantern, who becomes a protector of Earth with almost unlimited power. As for Captain Marvel in the comics, an alien hero transfers his powers to Carol Danvers, an Air Force pilot, who becomes Captain Marvel and protects the Earth with almost unlimited power.

So does the new trailer for Captain Marvel help to alleviate the comparisons? Nope. If not, it just makes the similarities more noticeable. 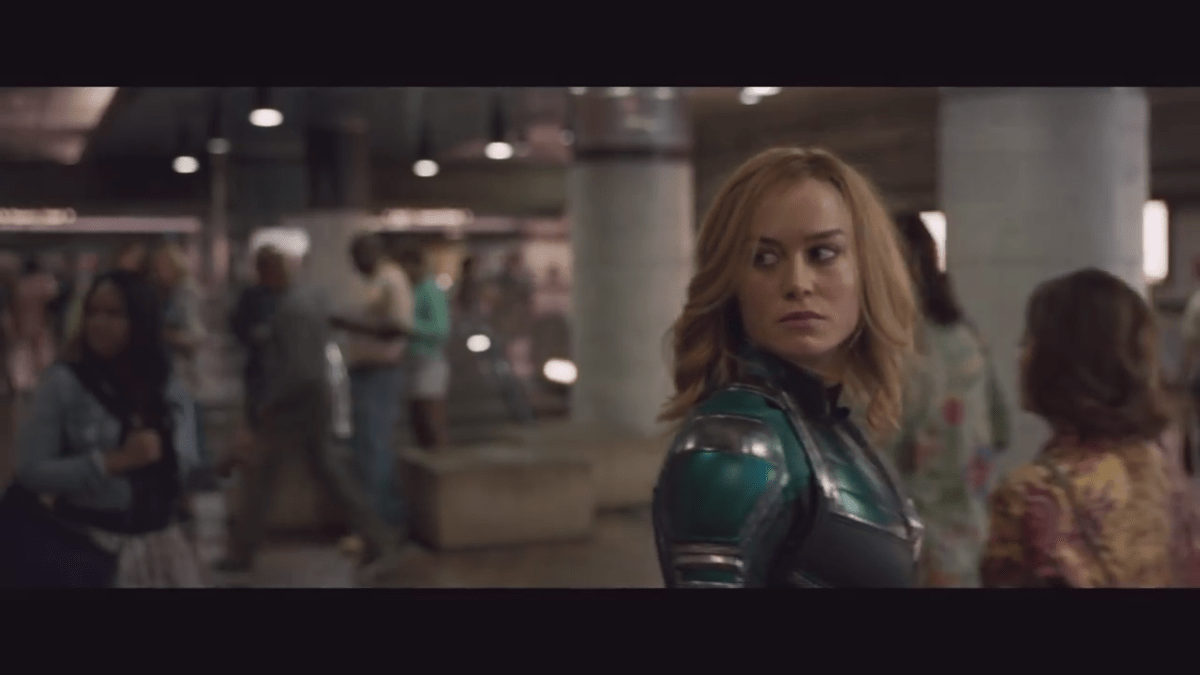 The one thing that has bothered me since seeing the first leaked images of Brie Larson as Captain Marvel is that why on Earth would they ever decide to go with green for the color of her first suit? You cant help but think about Green Lantern’s suit. 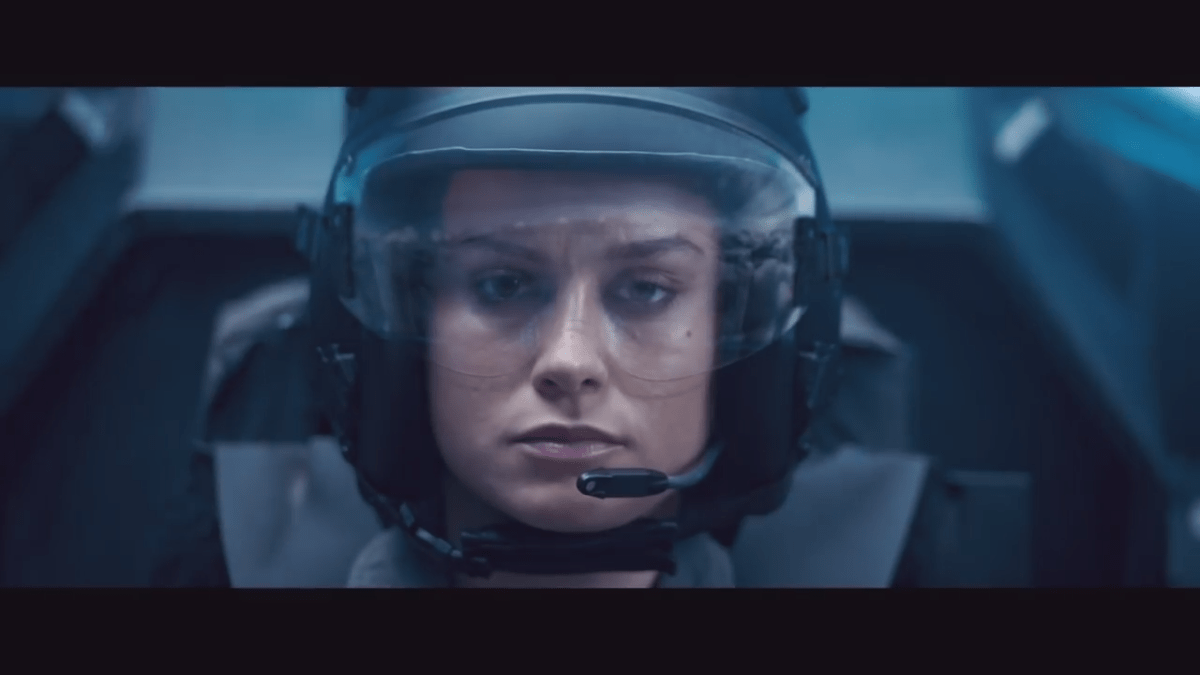 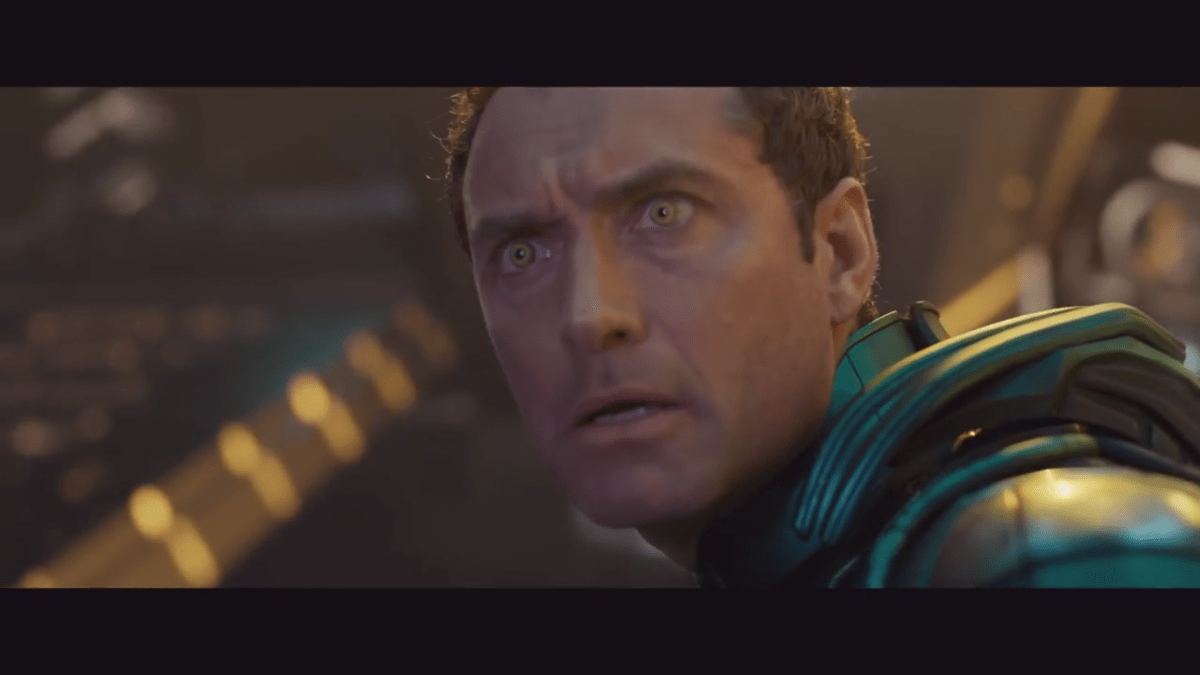 With Marvel Studios track record, I am still confident that Captain Marvel will be far superior to the disastrous Green Lantern movie. And even though there seems to be some similarities with the two movies, I am pretty sure that Marvel will make people forget about those similarities. 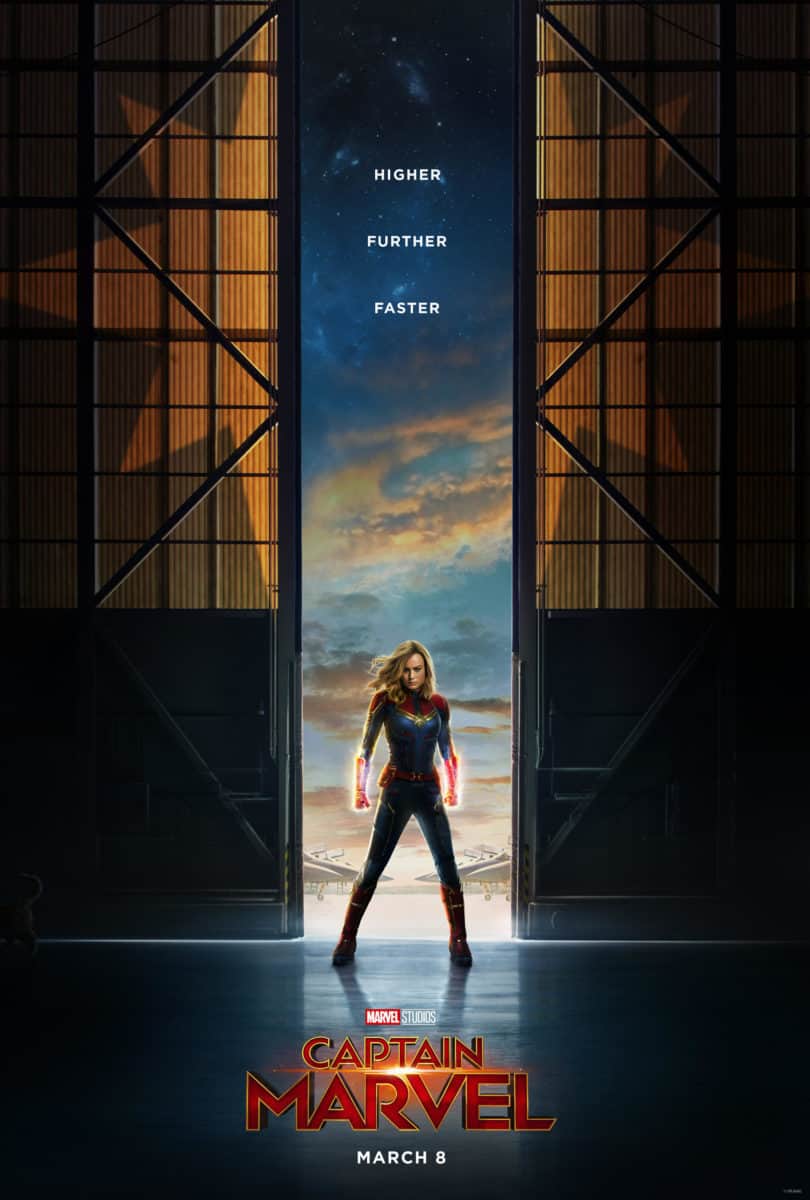 It is definitely very early in the marketing stage for Marvel’s “Captain Marvel”. I guess what I am trying to say is that expect better things in the future because this teaser poster really doesn’t do much. It’s nice to see Brie Larson suited up as Captain Marvel in her costume, but is she Captain Marvel or Ant-Man? Kind of small and it just seems kind of dull. Why focus on an airplane hangar and not the hero herself? 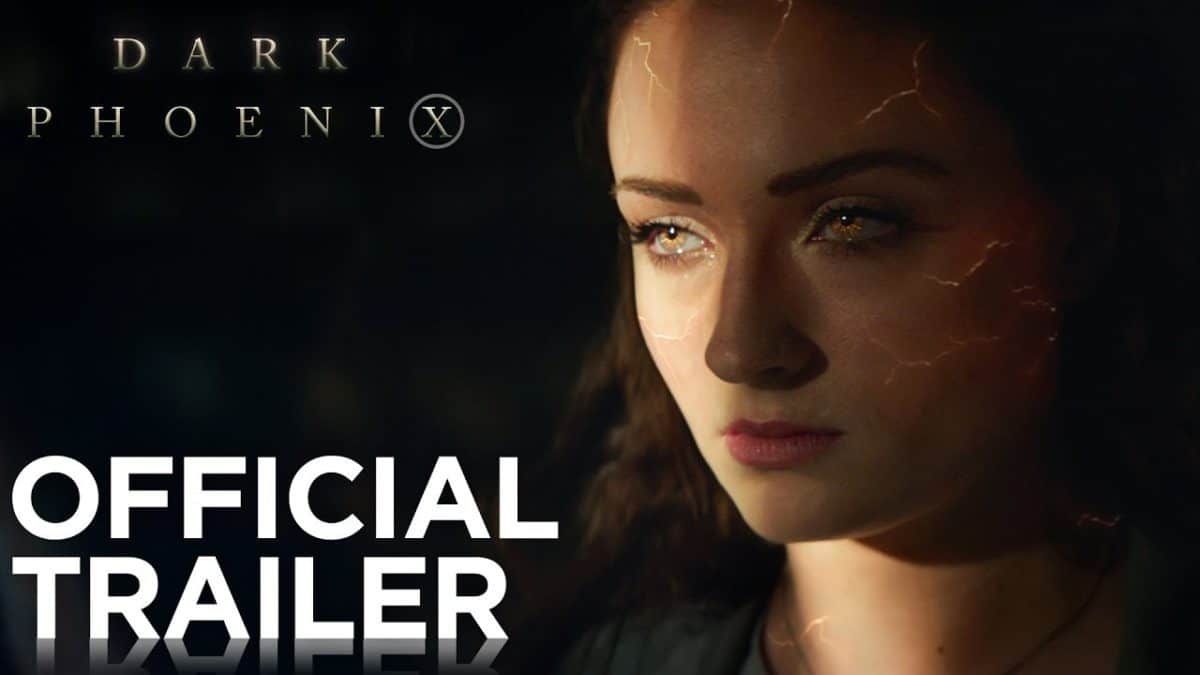 This may be our last look at Fox’s X-Men before Disney officially obtains the movie rights to the franchise, hopefully, in 2020 at the earliest. This time around, we are getting a more interesting storytelling of The Dark Phoenix Saga, as opposed to X-Men 3: Last Stand, which butchered that story. I’ve got to say, I love the X-Men’s costumes in this trailer! Take that Bryan Singer!

And check out this teaser poster for “X-Men: Dark Phoenix”! 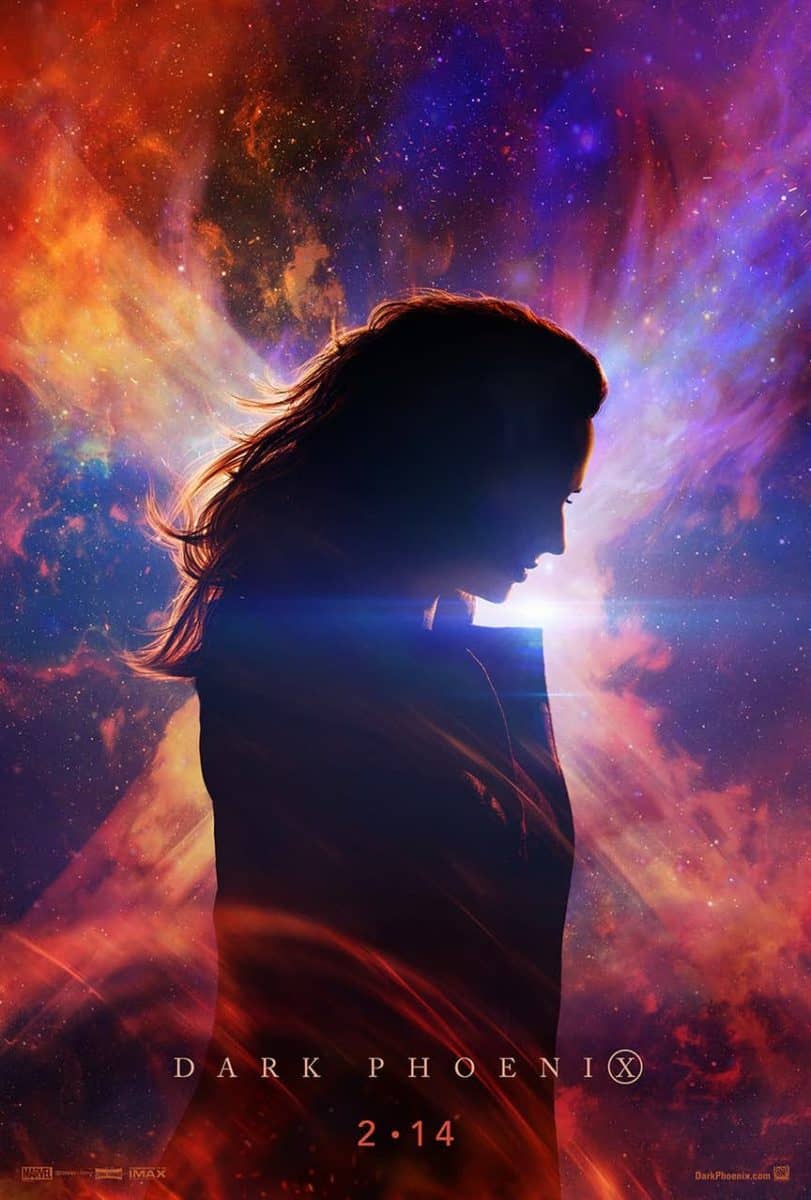 In DARK PHOENIX, the X-MEN face their most formidable and powerful foe: one of their own, Jean Grey. During a rescue mission in space, Jean is nearly killed when she is hit by a mysterious cosmic force. Once she returns home, this force not only makes her infinitely more powerful, but far more unstable. Wrestling with this entity inside her, Jean unleashes her powers in ways she can neither comprehend nor contain. With Jean spiraling out of control, and hurting the ones she loves most, she begins to unravel the very fabric that holds the X-Men together. Now, with this family falling apart, they must find a way to unite — not only to save Jean’s soul, but to save our very planet from aliens who wish to weaponize this force and rule the galaxy. 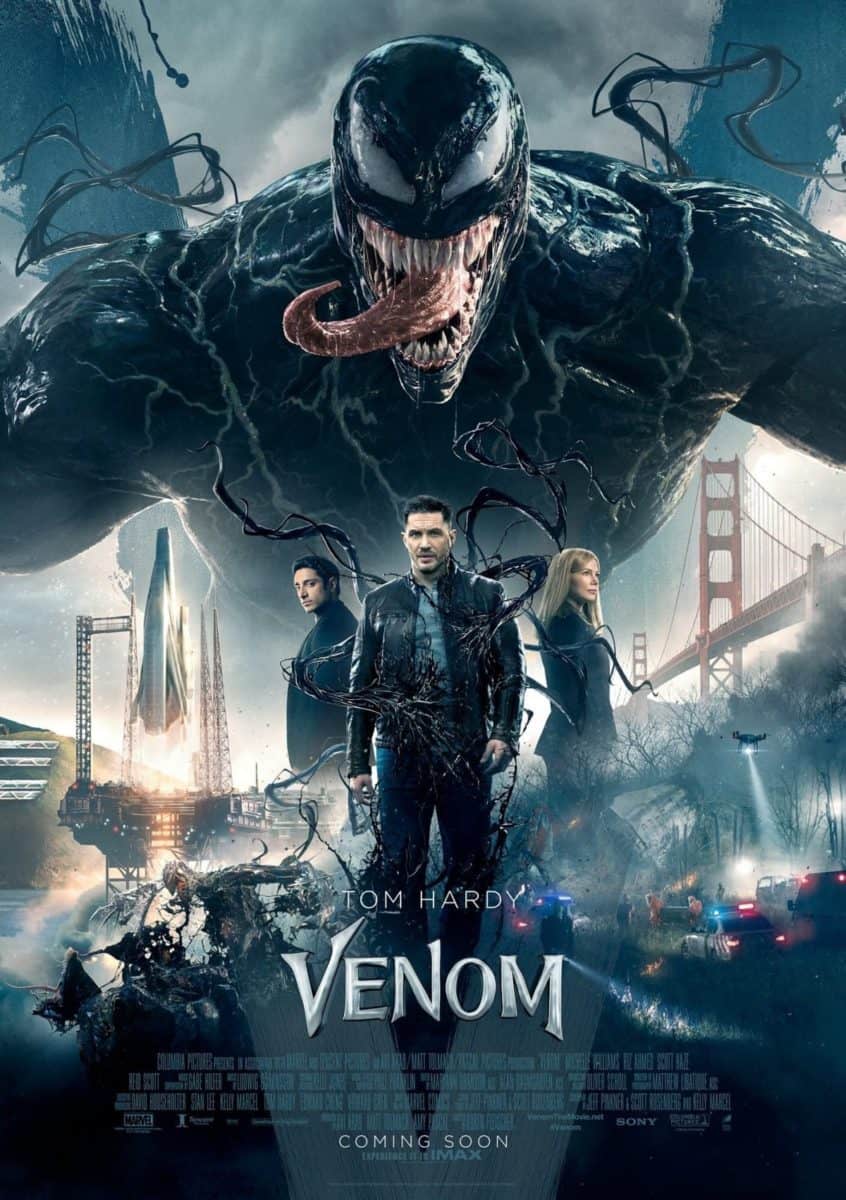 One thing I will say about Sony is they are really marketing the hell out of the Venom movie. I don’t know how anyone could be interested in a Venom movie without Spider-Man being in it, but the buzz is that this movie has got a lot of fans excited.

One of Marvel’s greatest and most complex characters takes center stage as Eddie Brock (Tom Hardy) becomes the host for the alien symbiote Venom. As a journalist, Eddie has been trying to take down the notorious founder of the Life Foundation, genius Carlton Drake (Riz Ahmed) – and that obsession ruined his career and his relationship with his girlfriend, Anne Weying (Michelle Williams). Upon investigating one of Drake’s experiments, the alien Venom merges with Eddie’s body, and he suddenly has incredible new superpowers, as well as the chance to do just about whatever he wants. Twisted, dark, unpredictable, and fueled by rage, Venom leaves Eddie wrestling to control dangerous abilities that he also finds empowering and intoxicating. As Eddie and Venom need each other to get what they’re looking for, they become more and more intertwined — where does Eddie end and Venom begin? 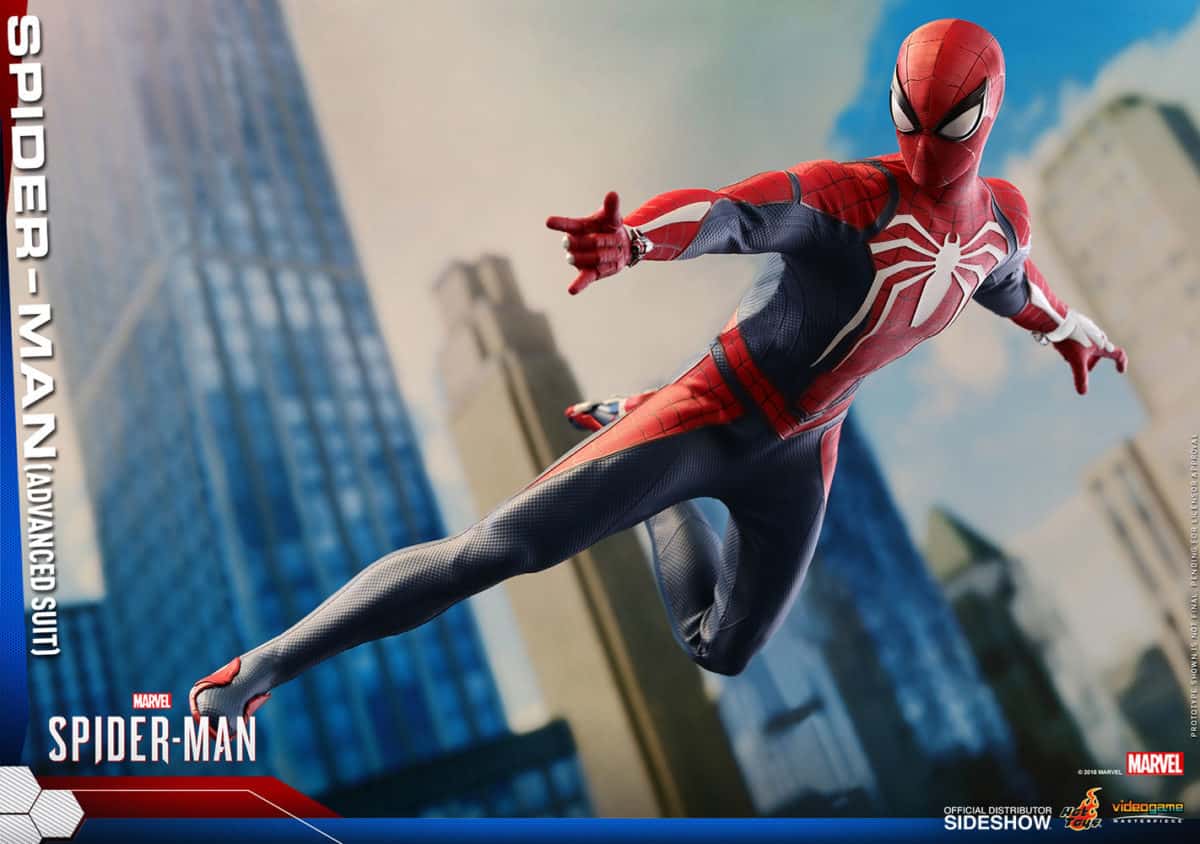 Hot of the heels from the super successful Spider-Man PS4 video game is Spidey’s newest suit created exclusively for the game! 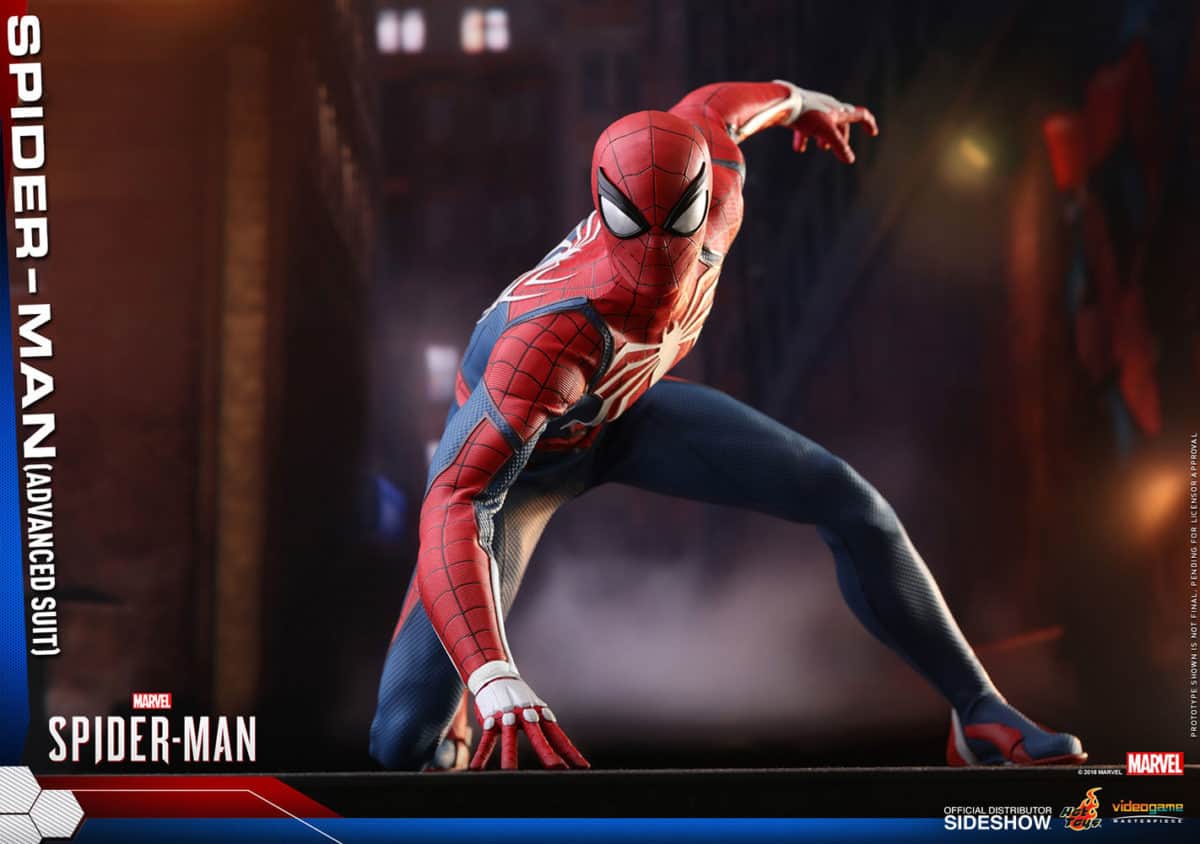 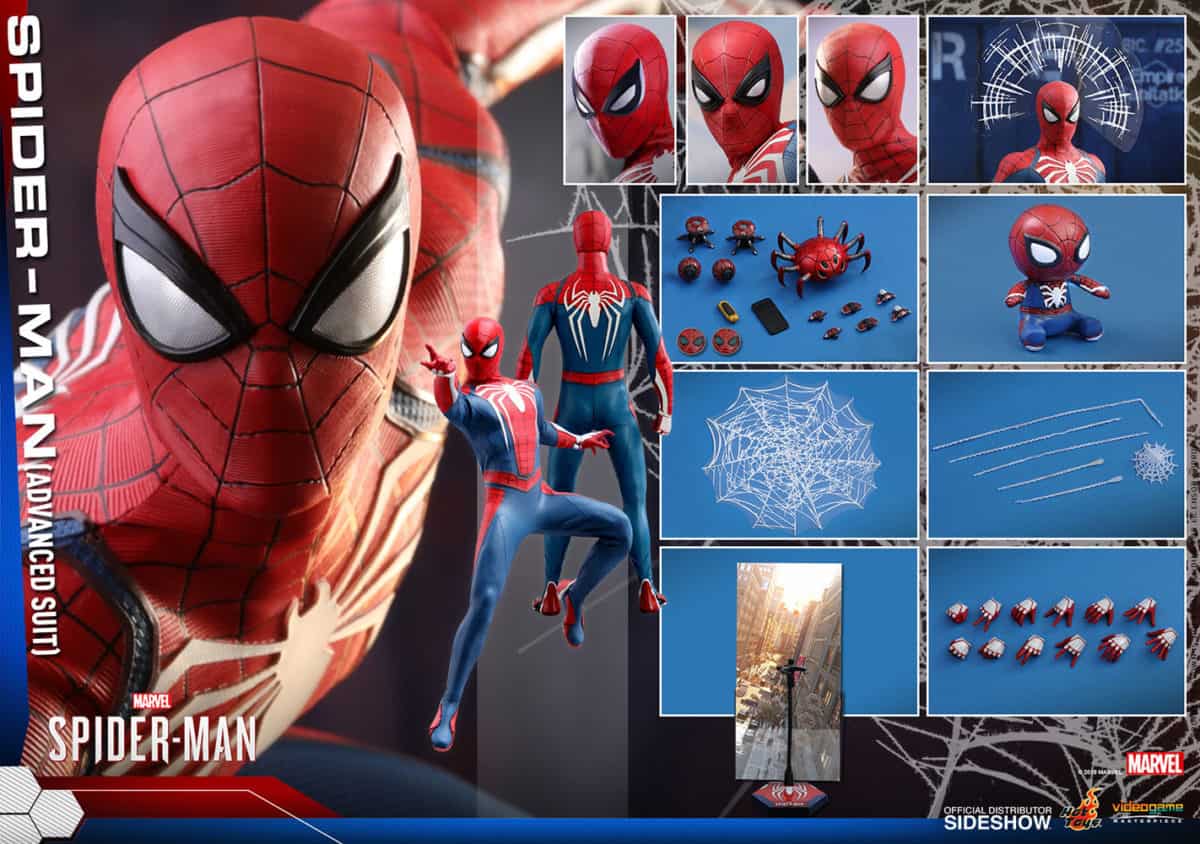 Impressively crafted based on Spider-Man’s appearance in the video game, the collectible figure features a newly develop masked head sculpt with three pairs of interchangeable eye pieces that can create numerous combinations of Spider-Man’s expressions. The figure also features a newly developed body, a highly detailed and meticulously tailored Spider-Man suit with a white spider emblem on chest, multiple interchangeable hands for different gestures, a vast array of accessories including a Spider-Drone, a trip mine, web bombs, Spidey plushy, Vulture Jammer, various expression shooters with several spider web accessories, as well as a specially designed dynamic figure stand and a backdrop of city view. 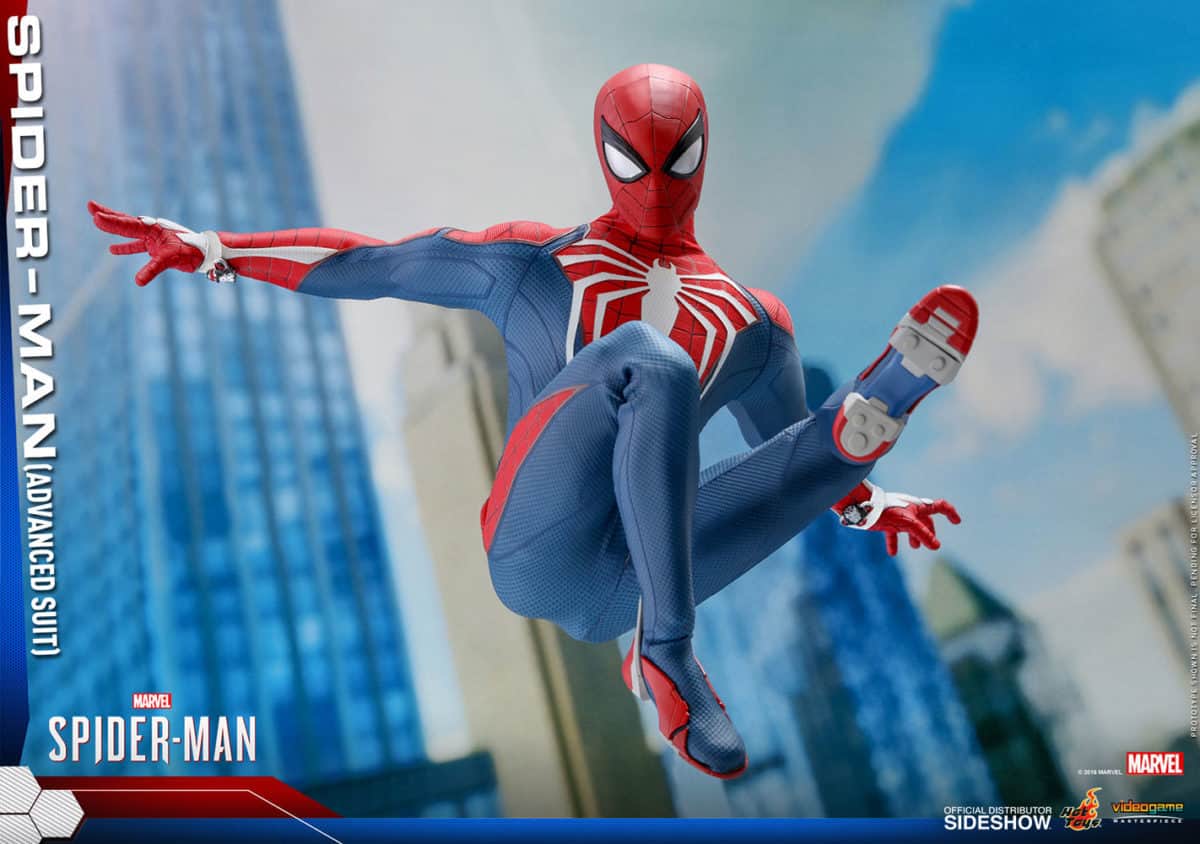 This isn’t the Spider-Man you’ve ever seen before. Our friendly neighborhood Spidey inspired by the videogame will surely be a figure that fans will want to add to their collection!