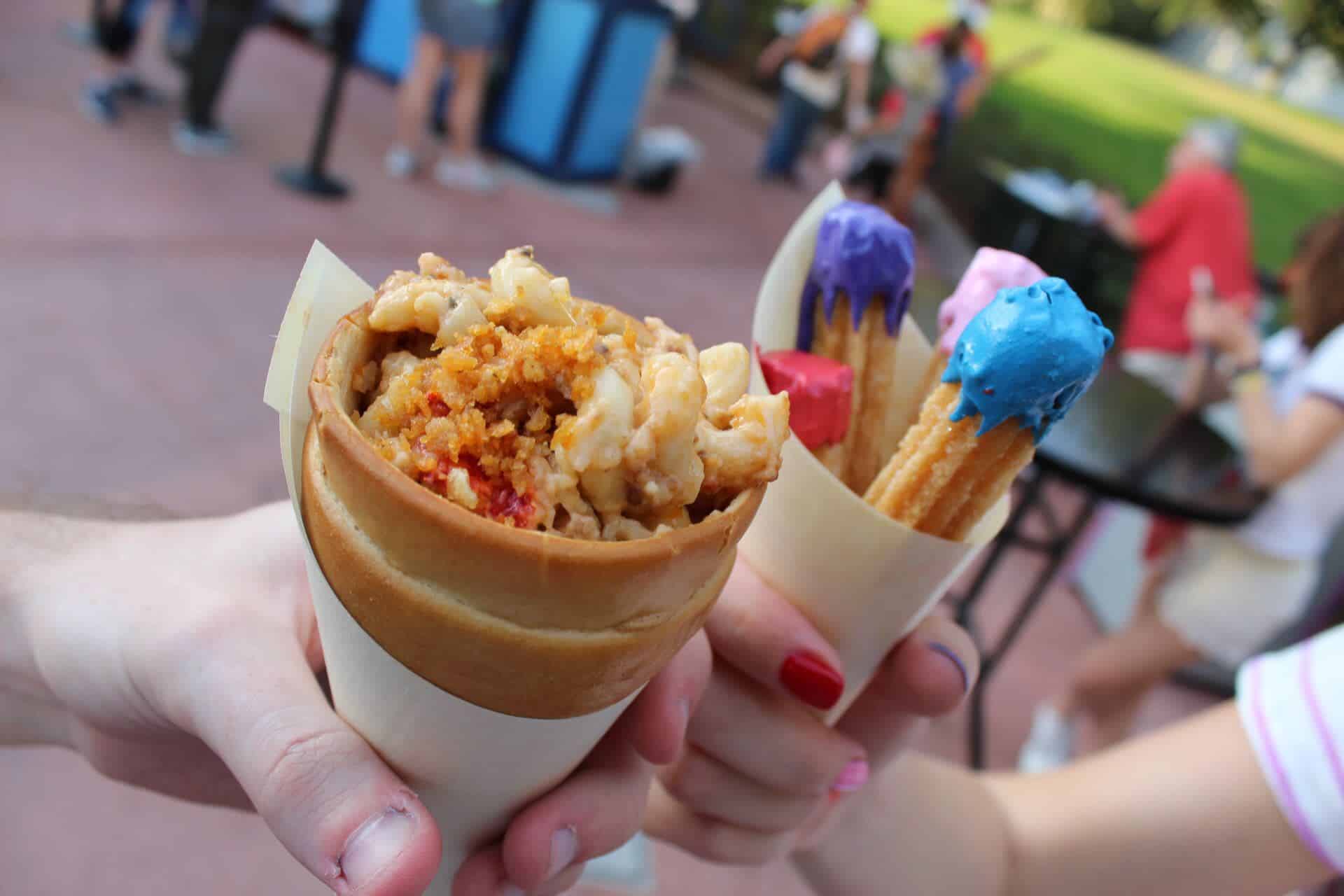 Taste Track Kiosk at the Epcot International Festival of the Arts

While Taste Track makes its Festival of the Arts debut, the Pancake Milkshake is a holdover from the 2018 Epcot International Food & Wine Festival.

Whst it lacks in lobster it makes up for in cheesy goodness. The little lobster there was tasted fresh, but the mac and cheese is a good comfort food on its own. Ther bread cone is what you’d expect if you’ve had a cone-shaped snack at Walt Disney World, a bit flavorless. I still enjoyed this though.

Banfi Wines describes their Rosa Regale Sparkling Red as having a “festive cranberry” color, with an “aromatic [bouquet] with hints of raspberries, strawberries and rose petals.” The taste includes “fresh raspberries, with crisp acidity, enticing the palate with an initial softness, graduating to a clean and dry finish.”

Remember the first Ralph Breaks the Internet trailer that premiered last year? If you don’t you can watch it here. There’s a bit at the end where Ralph and Vanellope get into a mobile game where ‘”the bunny gets the pancake, the kitty gets the milkshake.” Epcot decided rather than give you pancakes and milkshakes, that they would combine them into this amazing creation. It sounds almost too good to be true and often these treats we look forward to for weeks end up being a disappointment in some way.  However, this one wasn’t. There’s a profound taste of cake batter in the milkshake which makes it really enjoyable. It’s almost like a birthday cake shake, but the taste is just different enough that you might think you were drinking a freshly-made pancake.