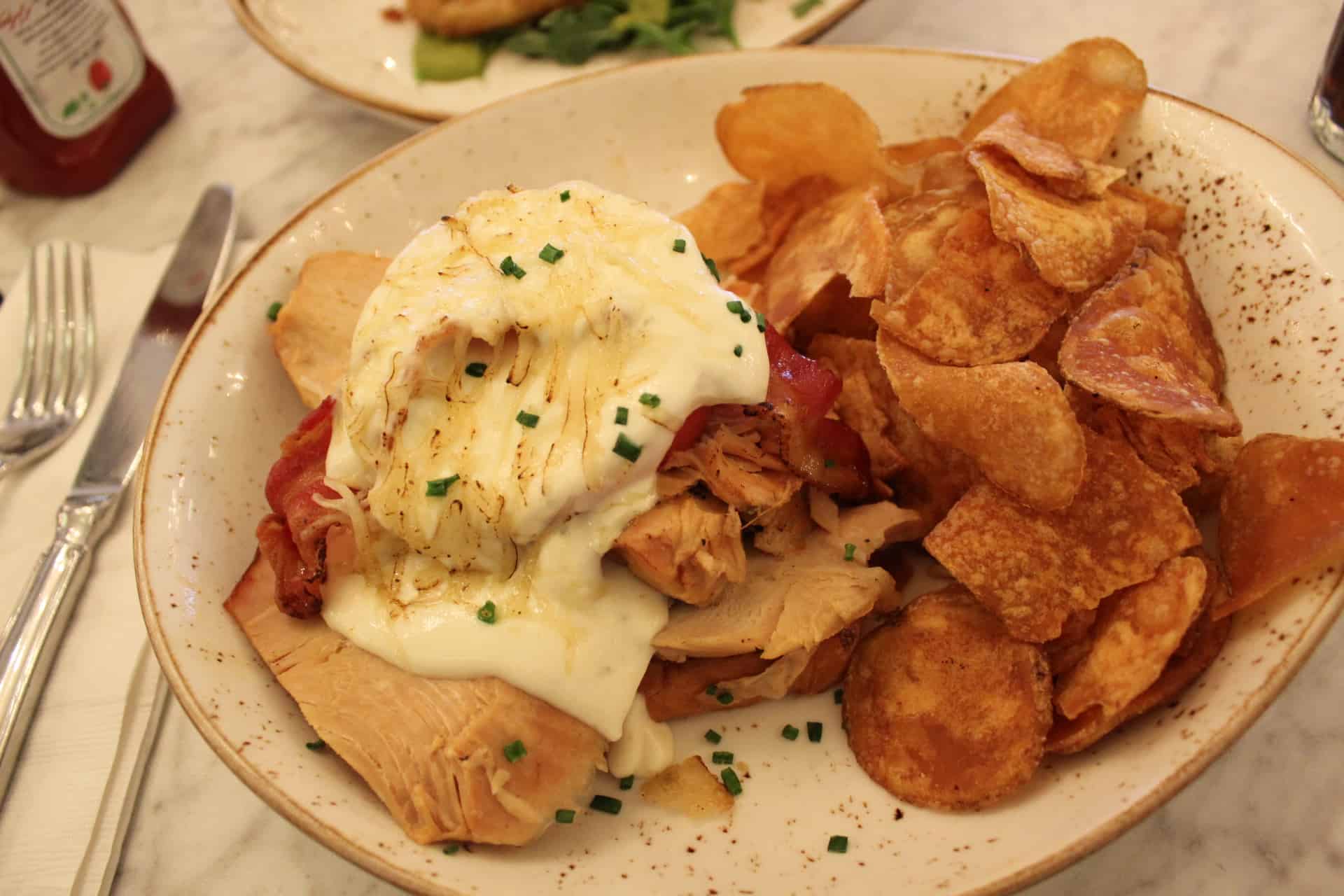 The Plaza Restaurant is a table service restaurant located at the end of Main Street, U.S.A. in Magic Kingdom. This location is well-known for its classic 1970’s charm, bottomless milkshakes, and most recently, for its luxurious breakfast spread. We stopped in one of these chilly evenings for a bite, so read on to find out we thought about their new-ish dinner offerings which debuted in December. Dinner is offered from 3pm to 9pm daily. 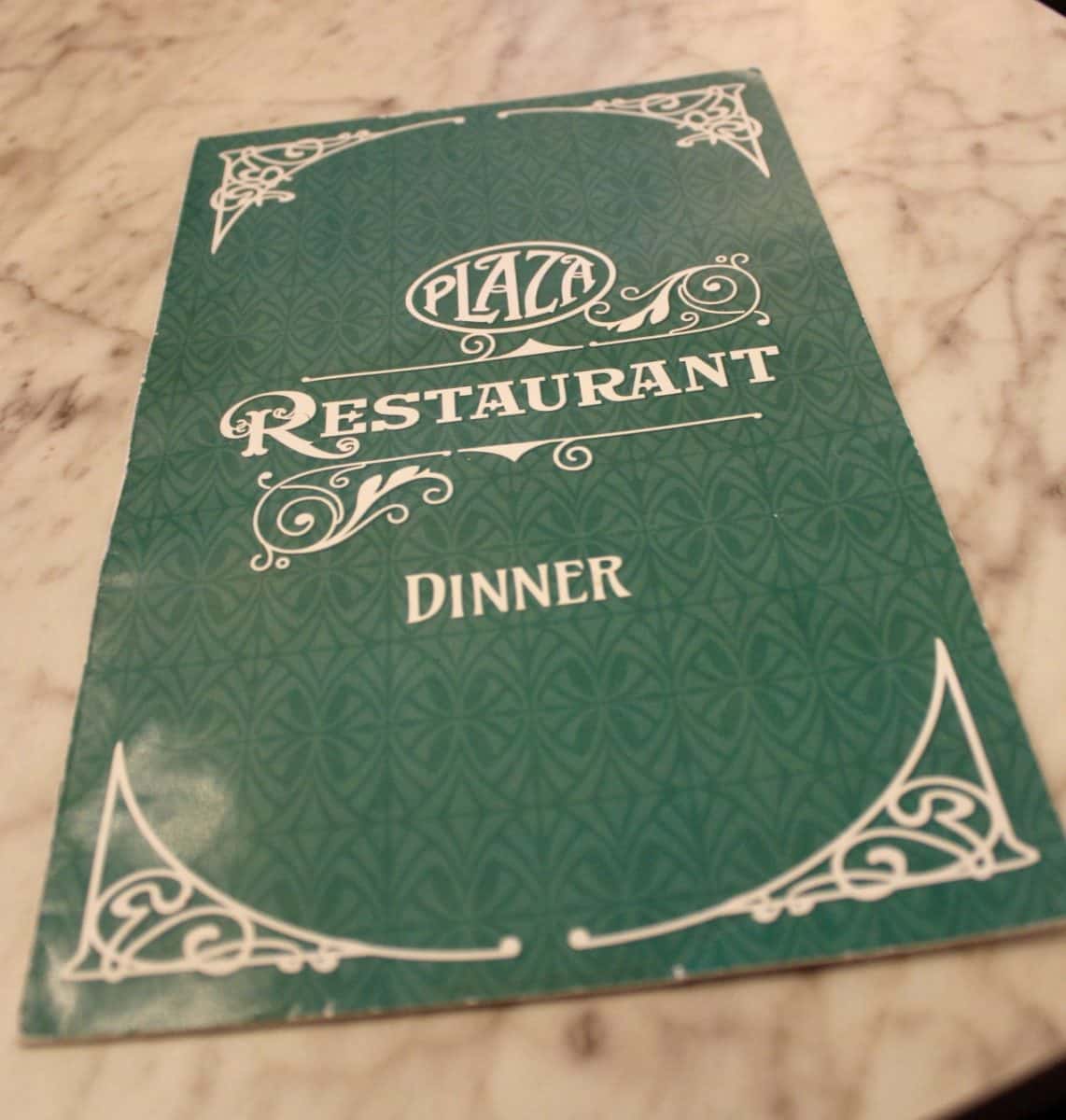 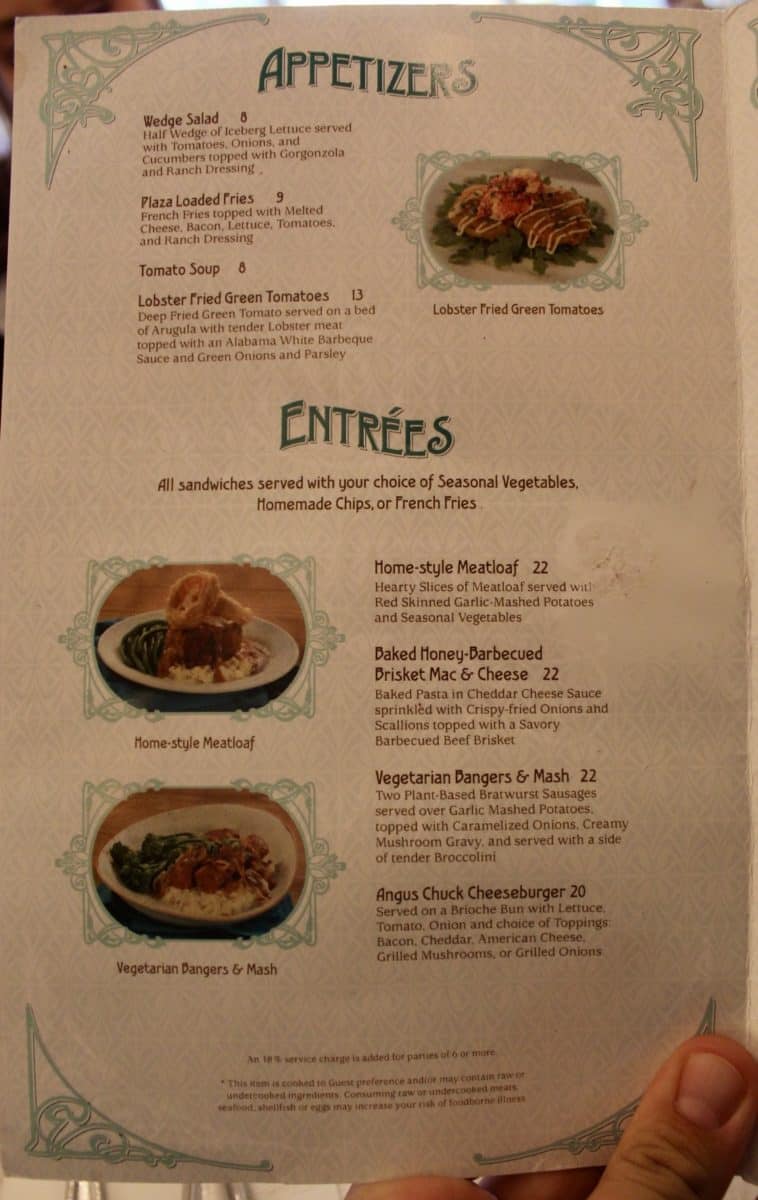 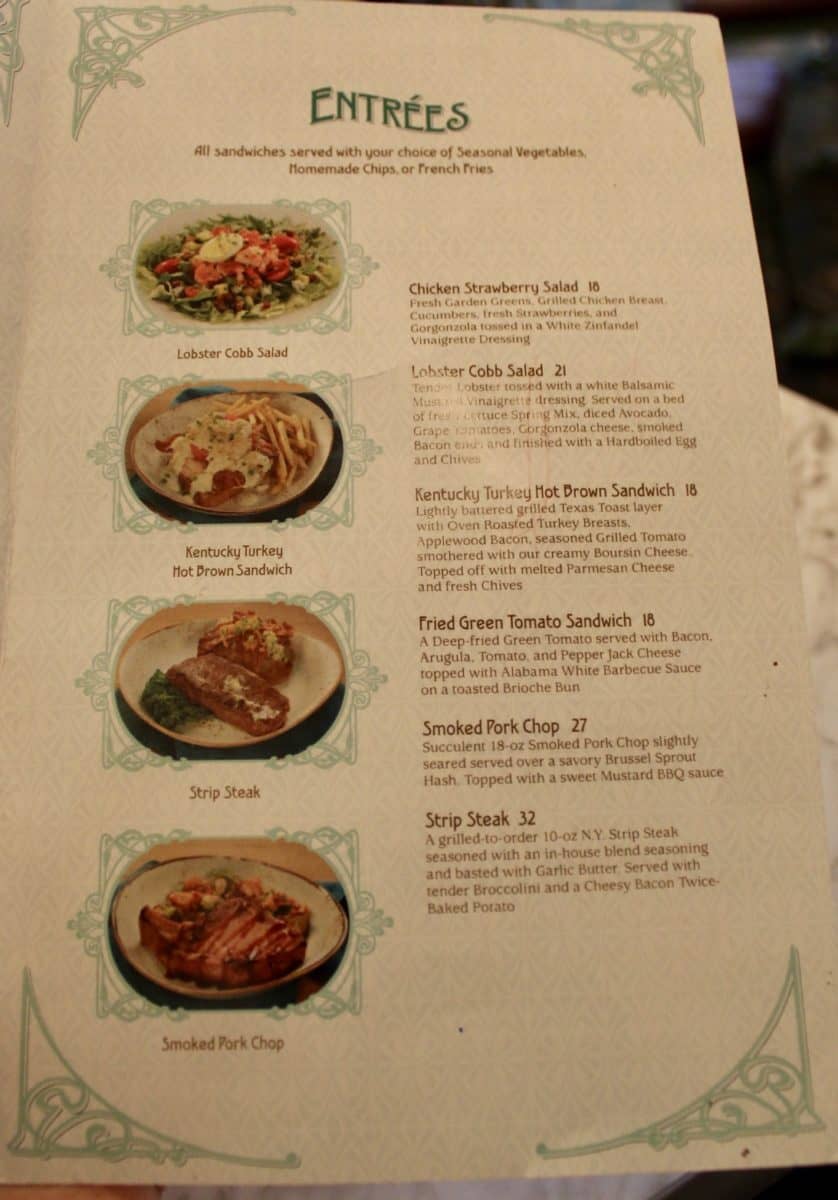 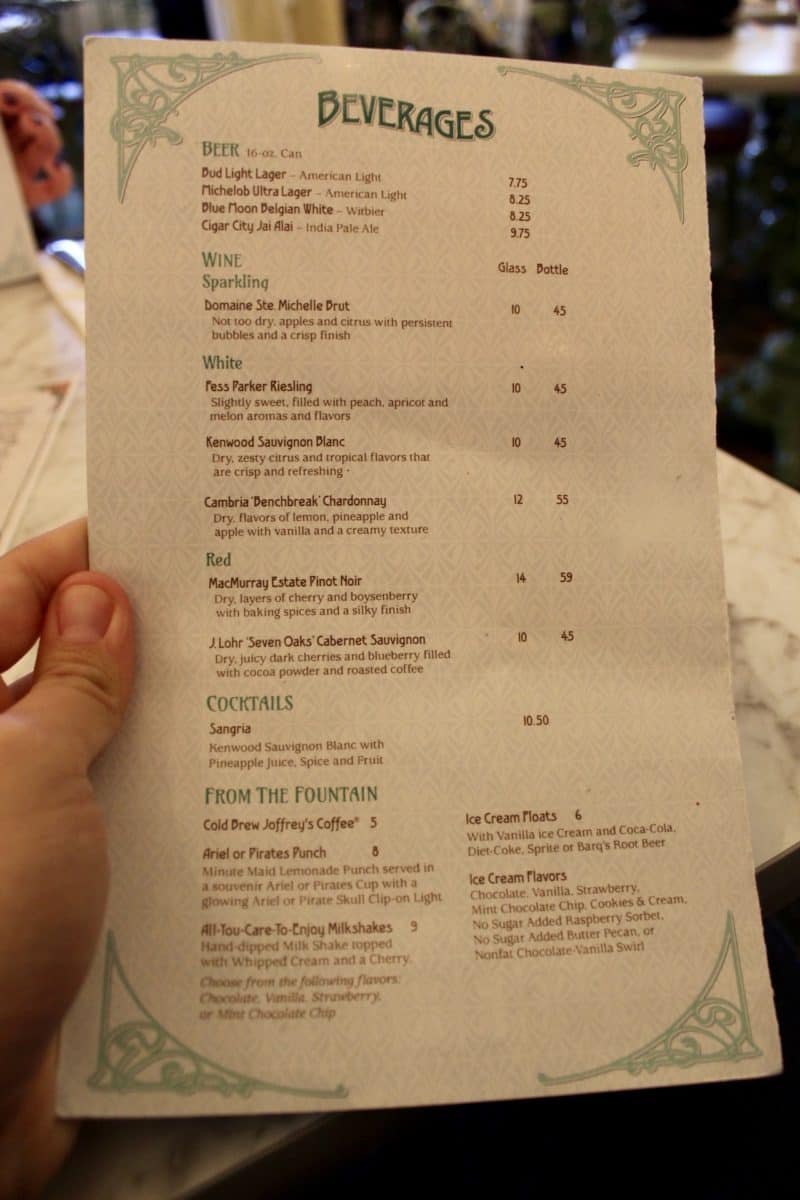 We started with these based on how good the Lobster Eggs Benedict is at breakfast. They offer a nice bit of lobster and the fried green tomatoes were much more enjoyable than the first time we had them a few years back. Everything tasted fresh and the white barbecue sauce pulled it all together nicely. 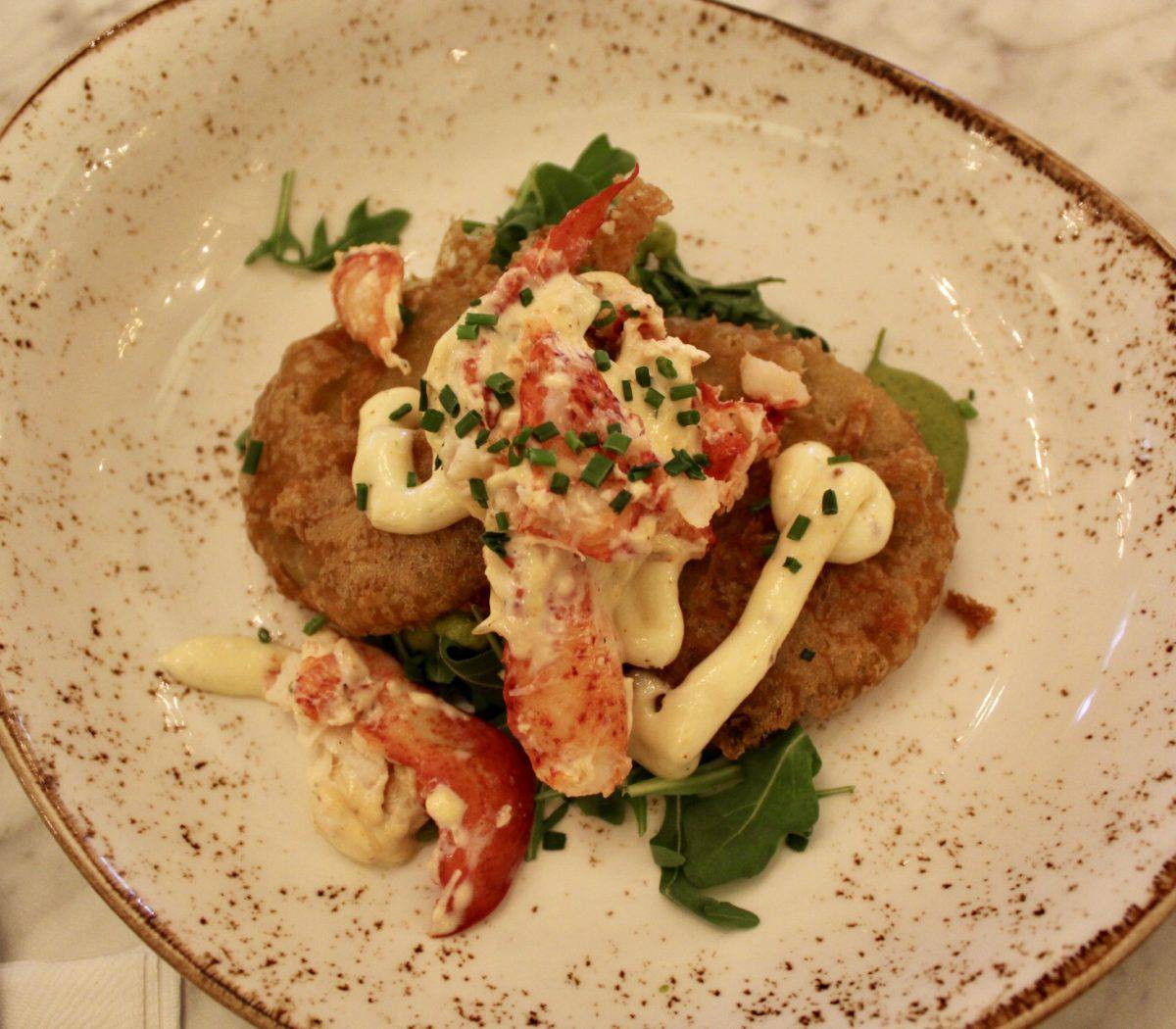 With the $18 Chicken and Waffles gone from Ale and Compass, this is now the best table service dinner value at Walt Disney World, in my opinion. The juicy, grilled tomato is covered in Boursin cheese, bacon, and parmesan, laid over the nicely roasted turkey, which is on top of a grilled Texas Toast that is simply to die for. The flavor combination is really amazing if you like such things and the portion size is monstrous. Highly recommended. 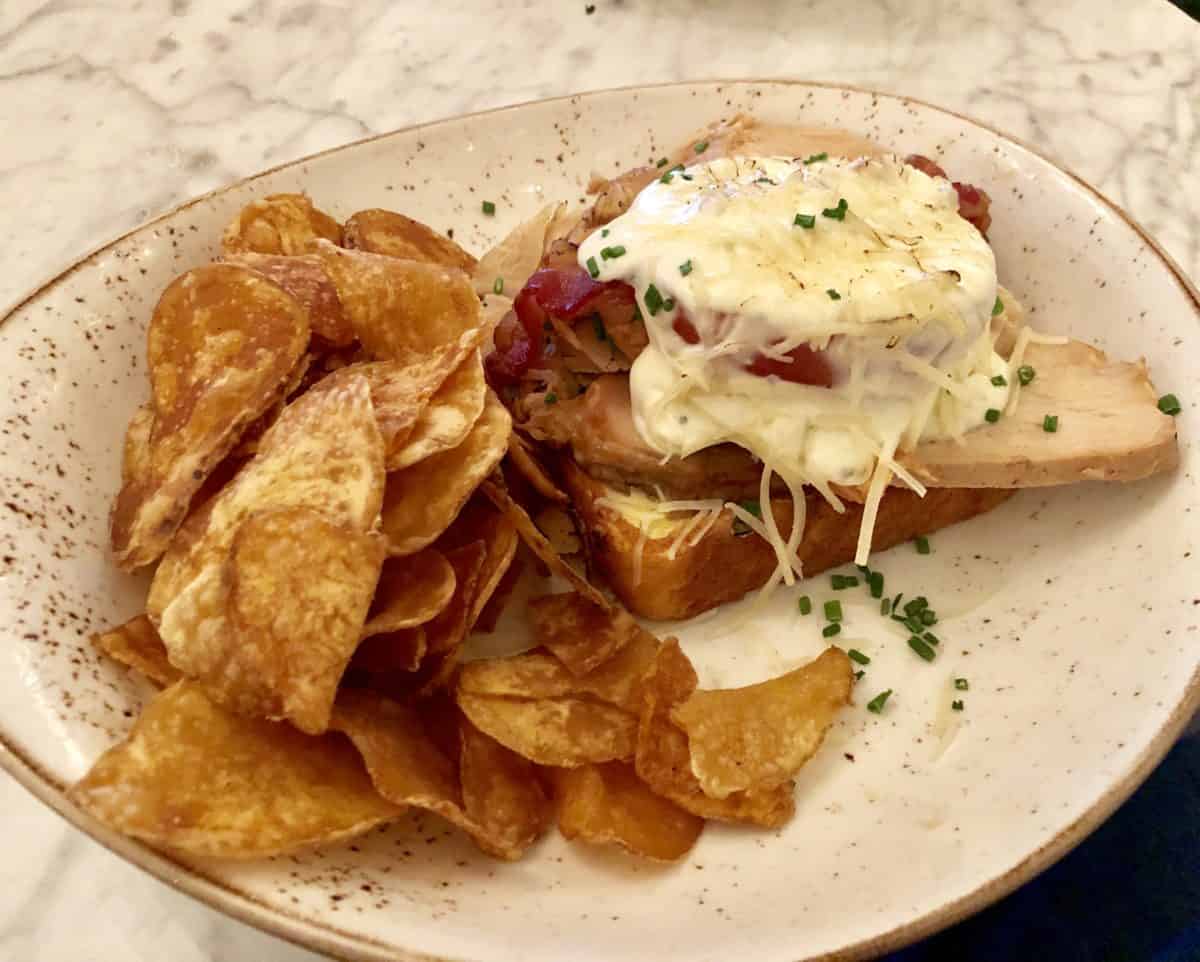 Well, it’s a Magic Kingdom strip steak. It’s not great, but it isn’t bad either. If you’re ordering a steak here, you’re better off going elsewhere. I know people like to get their money’s worth out of the Dining Plan, but you should also eat something good. The star of the plate was the cheesy twice-baked potato which trumps most similar sides we’ve had anywhere else at Walt Disney World. 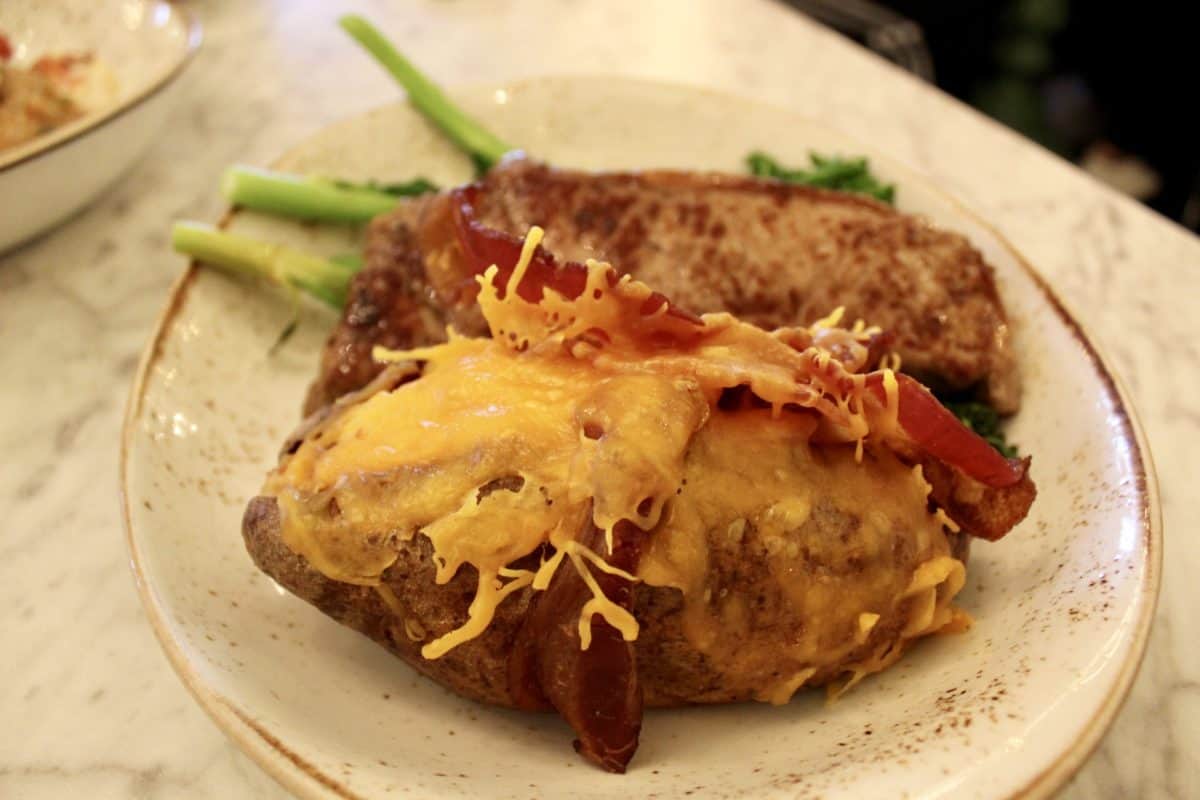 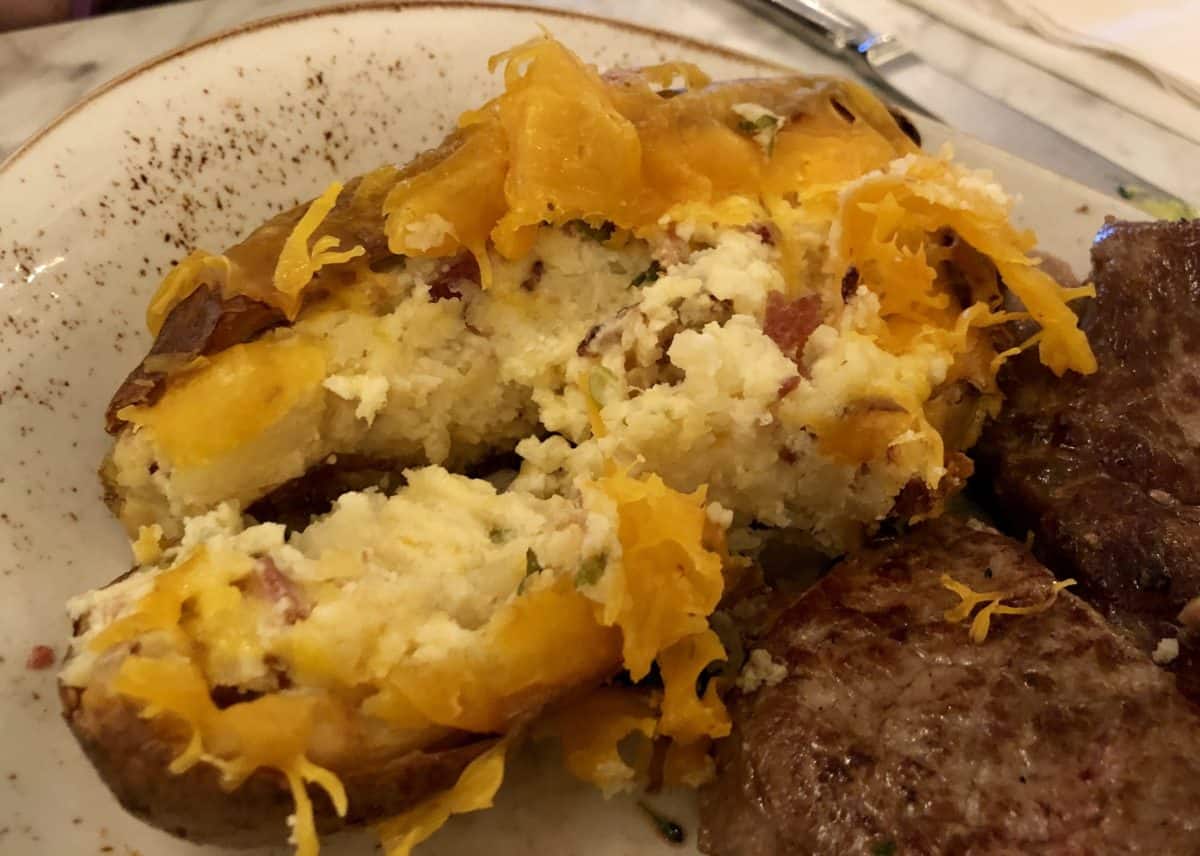 There are some hits and some misses, but the menu isn’t a total quality shift from what you might expect from the Plaza. That being said, I think the expectation at Plaza Restaurant is a menu with more traditional burgers and sandwiches, so I wouldn’t be surprised if some guests are upset with the change. Either way, I’ll be back for the above turkey sandwich.