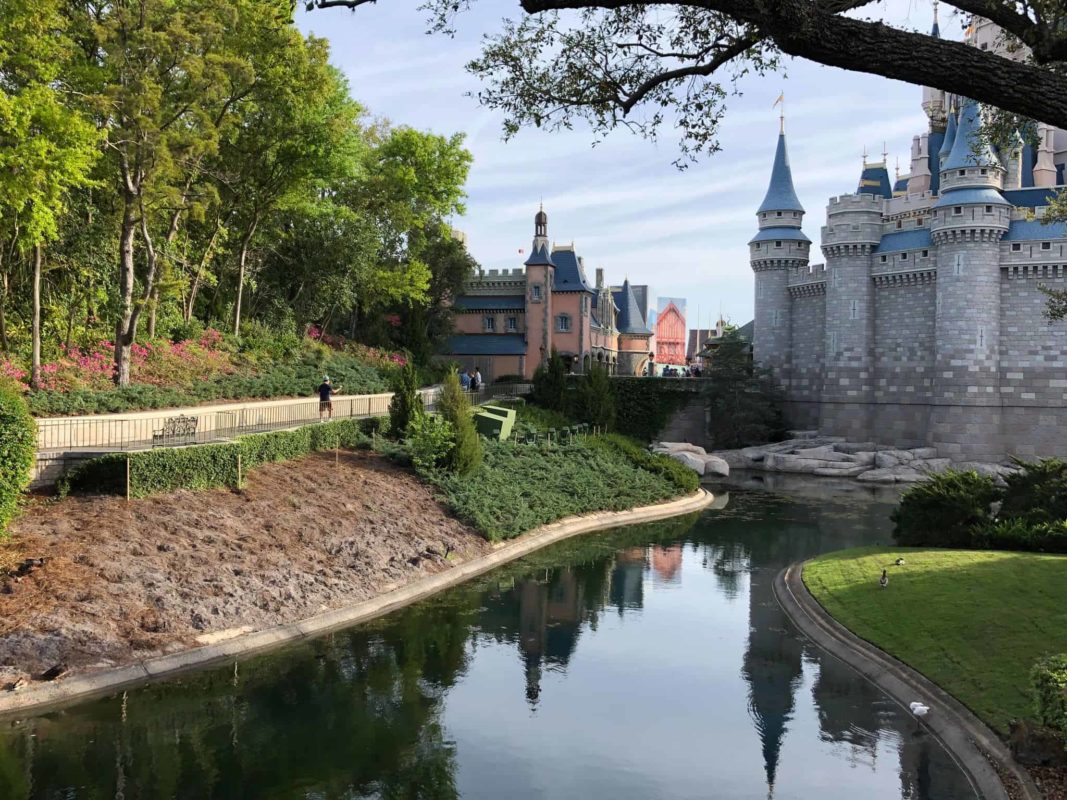 We reported earlier this month that the narrow pathway behind Cinderella Castle that goes from Fantasyland to Liberty Square would be widened for better traffic flow in the area. Well, since the walkway borders the nearby Cinderella Castle moat, that area must also be drained. During a morning tour of Magic Kingdom today, we noticed that the Tomorrowland Terrace side of the moat was where drainage devices were staged. 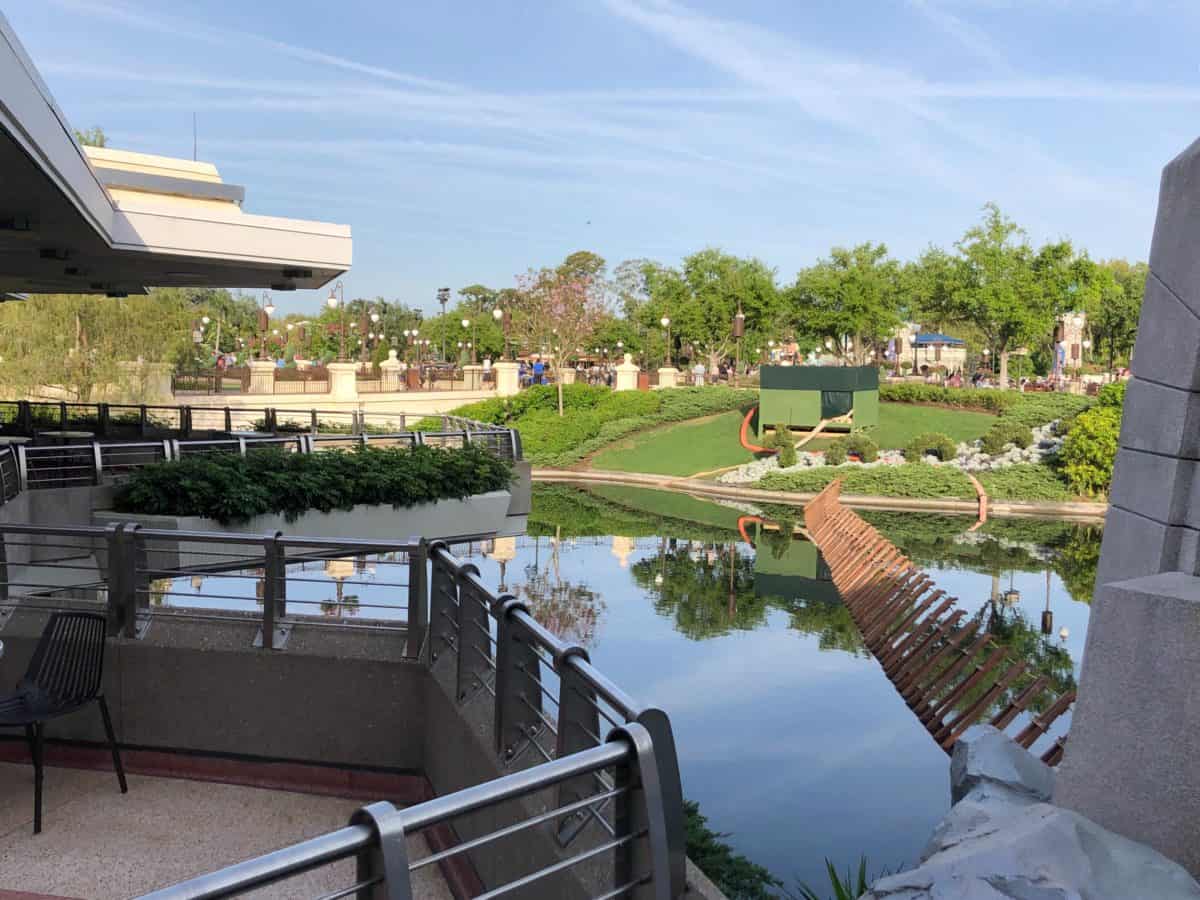 A rather large draining system is somewhat disguised by way of green tarps and a painted wooden exterior. 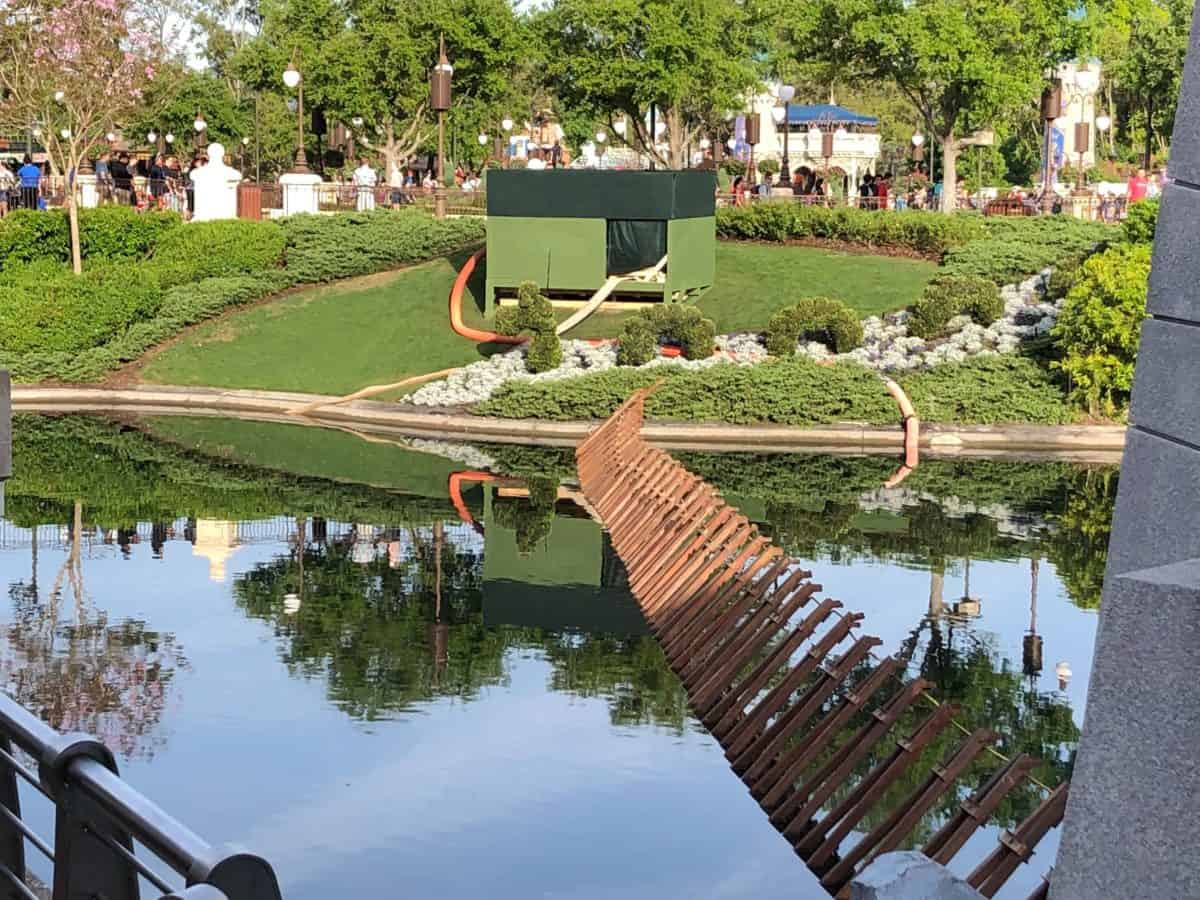 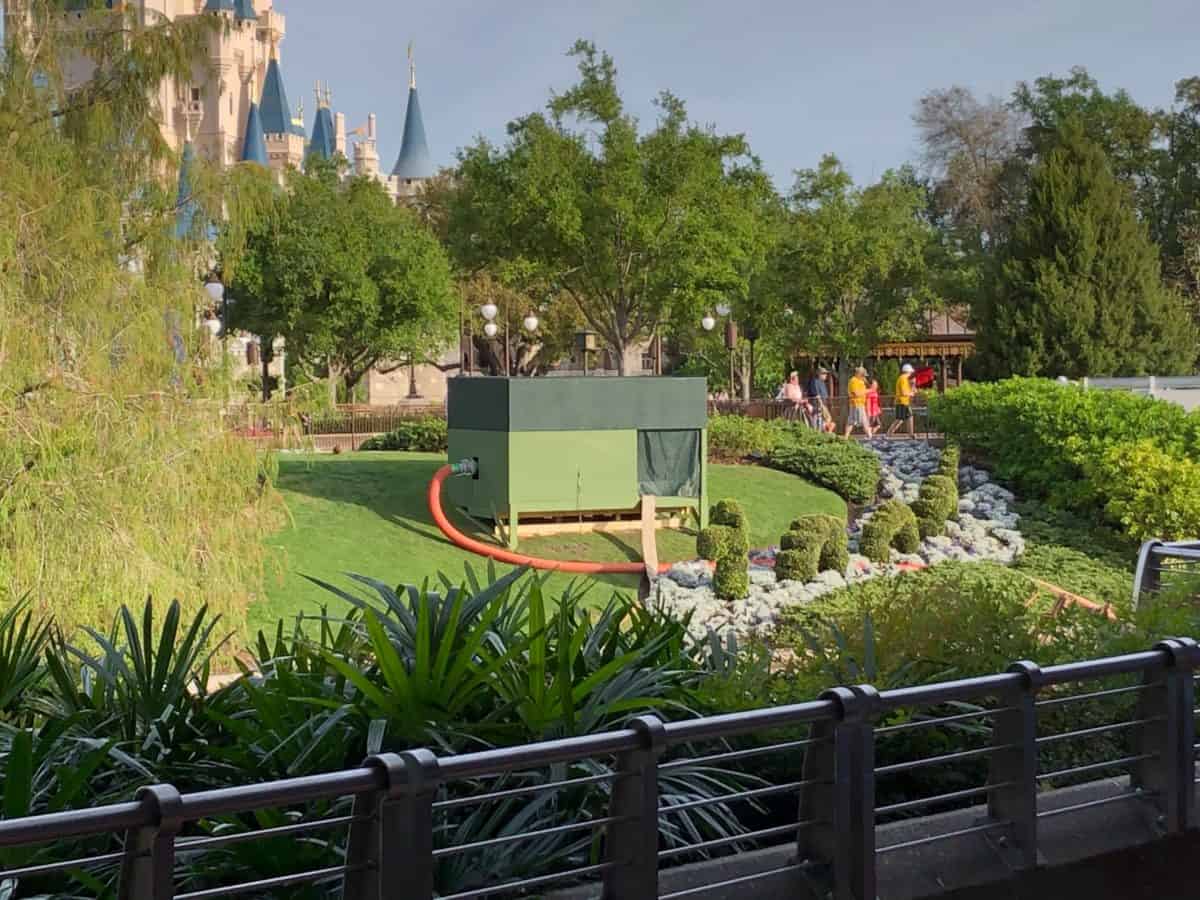 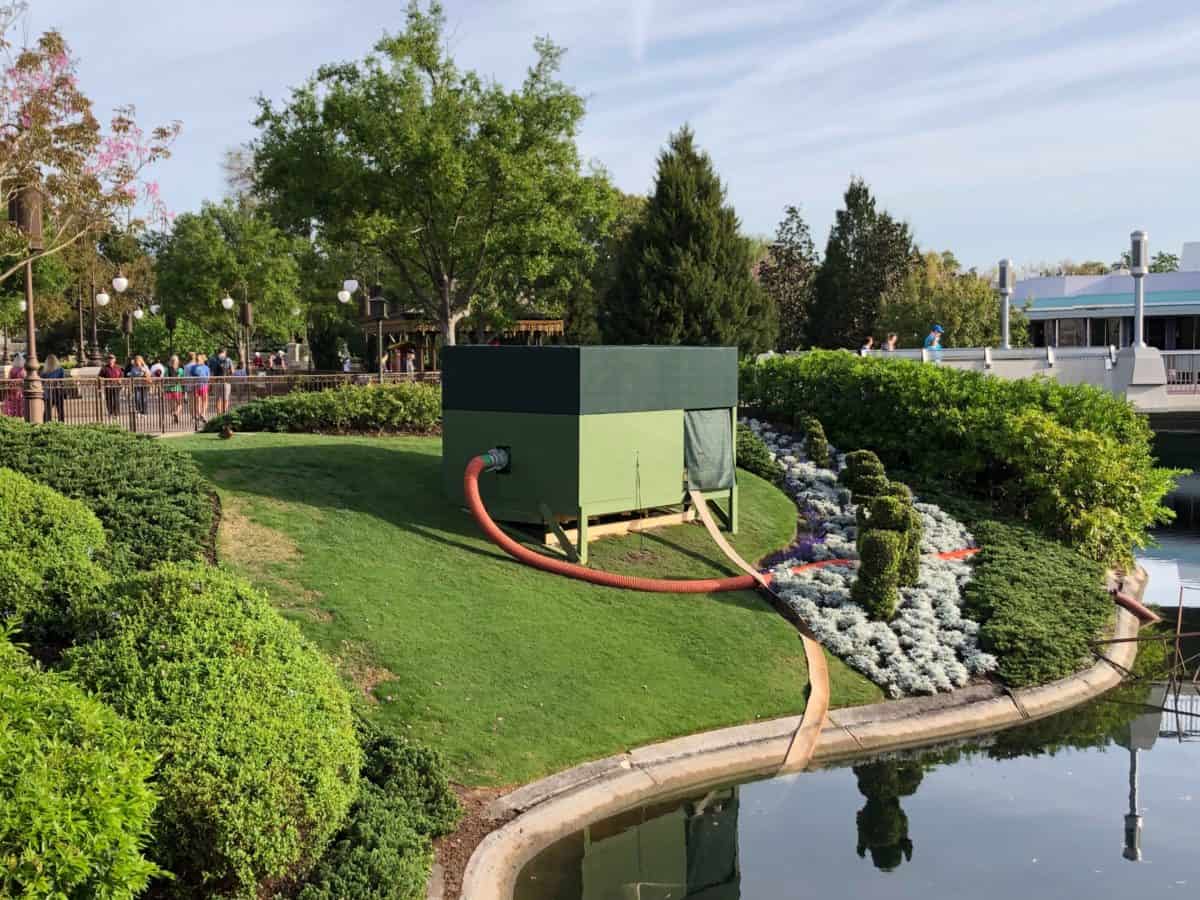 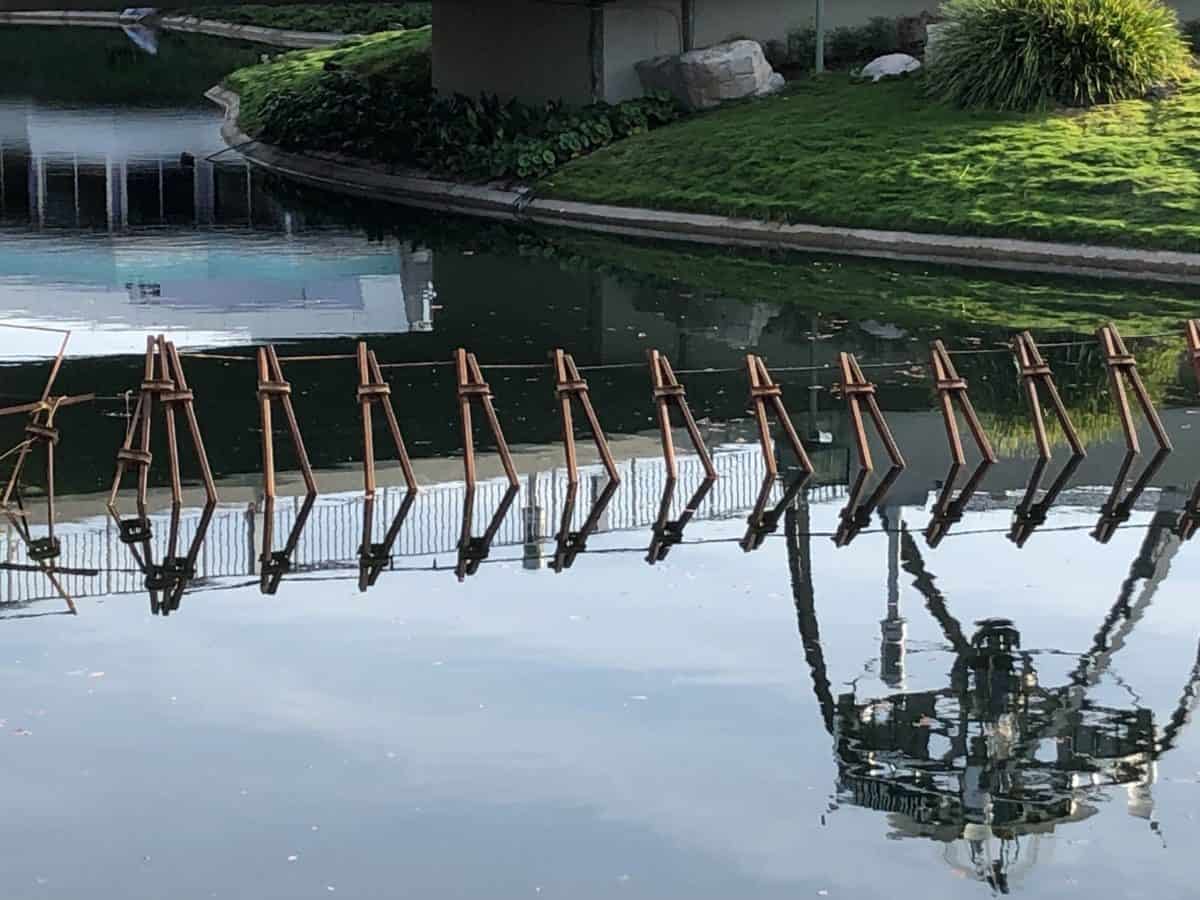 While it might not make much sense at first––given that this is the opposite side of where work is to take place––it appears they have to drain at least half of the moat to get this work done. A barrier will stand where these pieces have been erected in the water. A dam if you will. 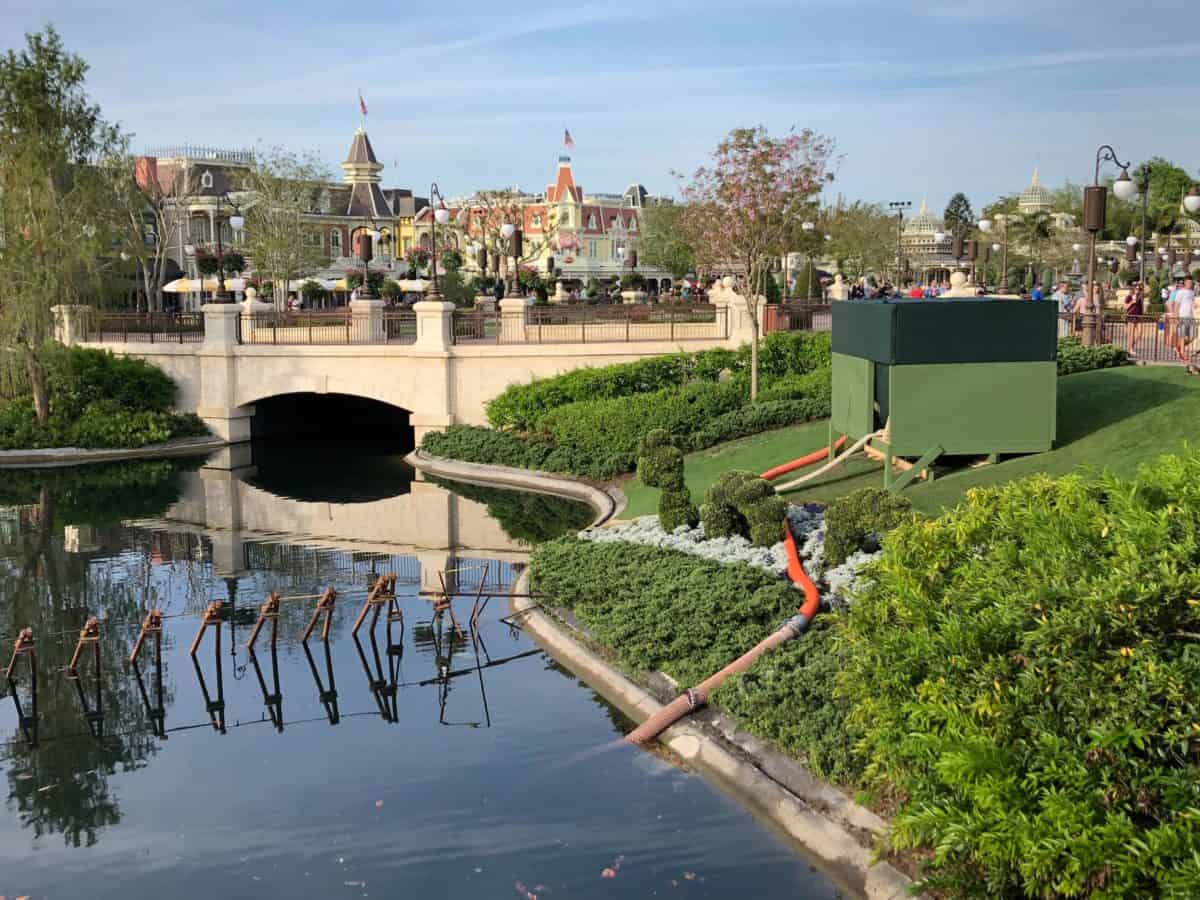 Over by the side of the narrow walkway, entire sections of grass have been removed. 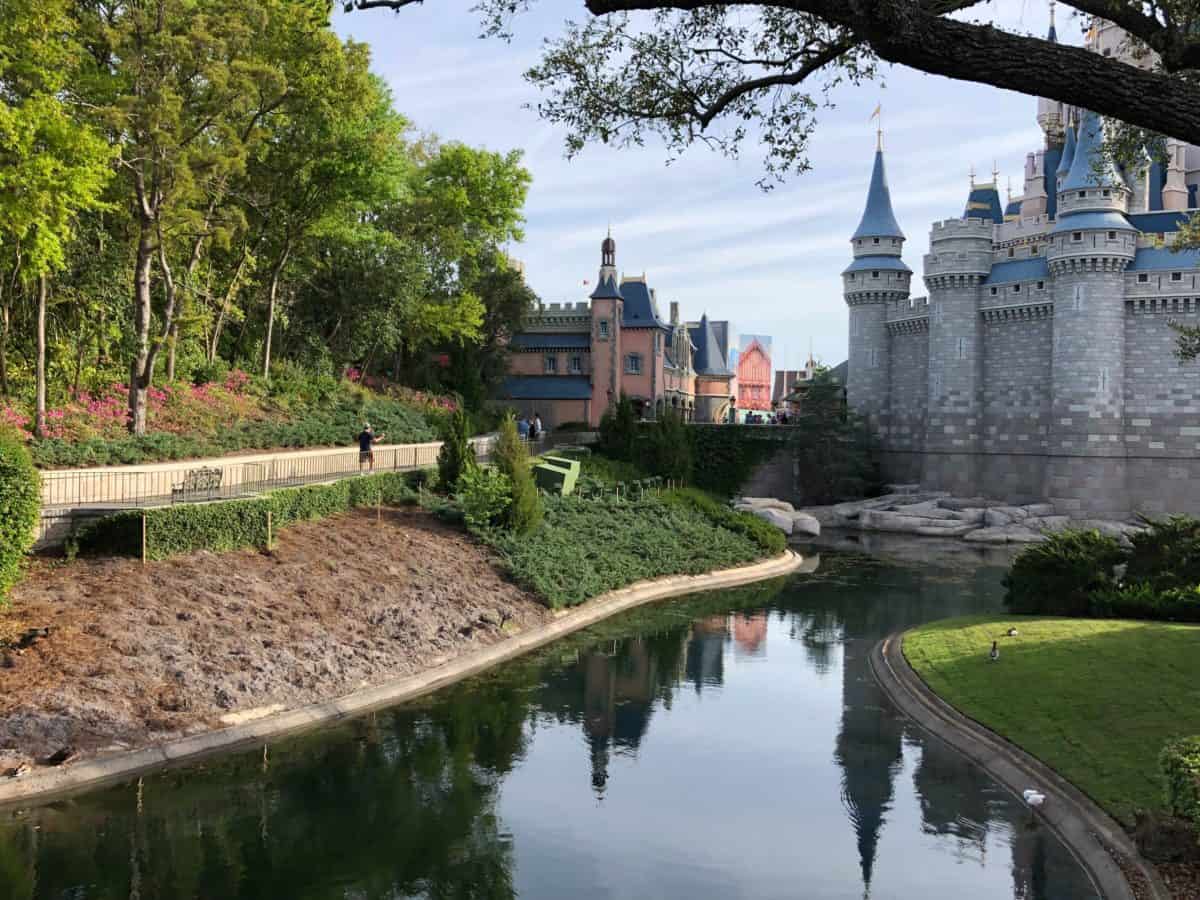 Wooden stakes now jut out from the ground. 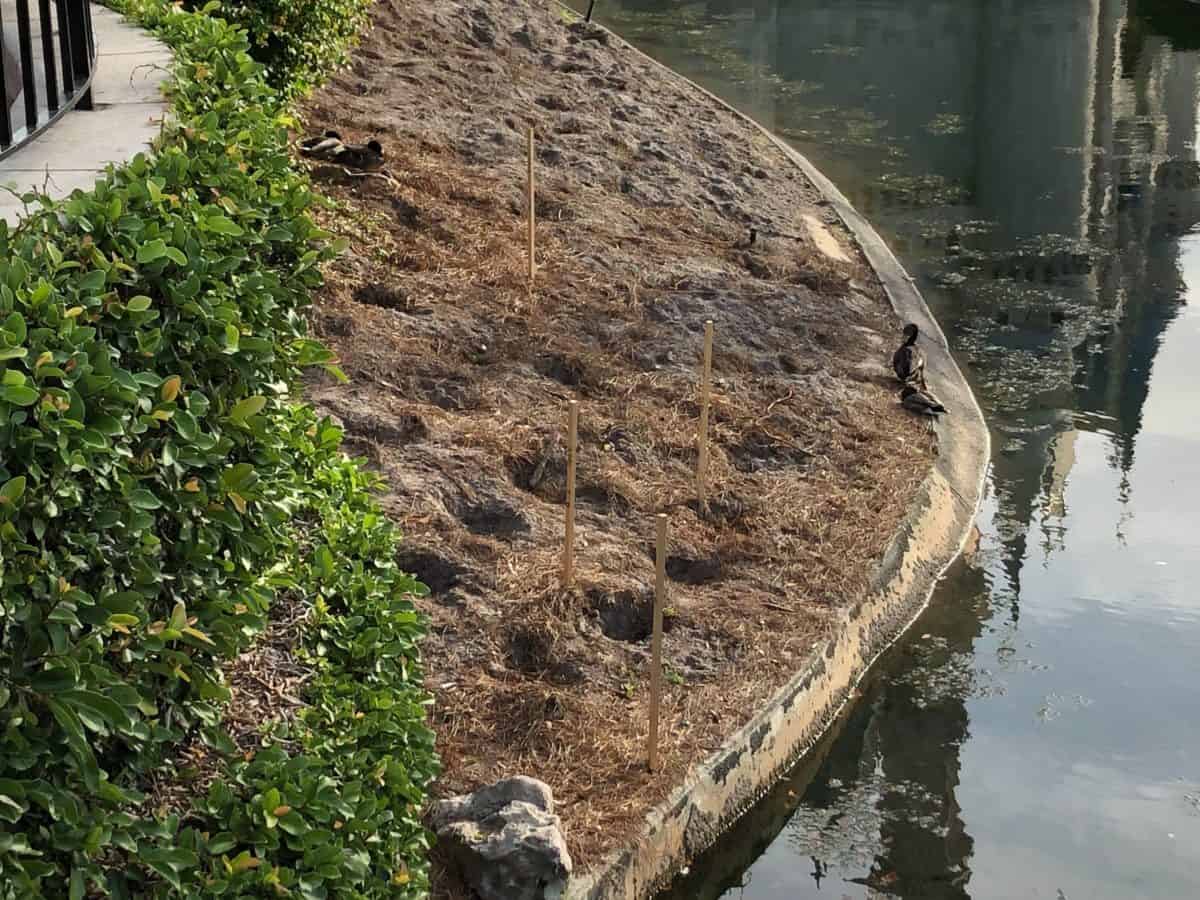 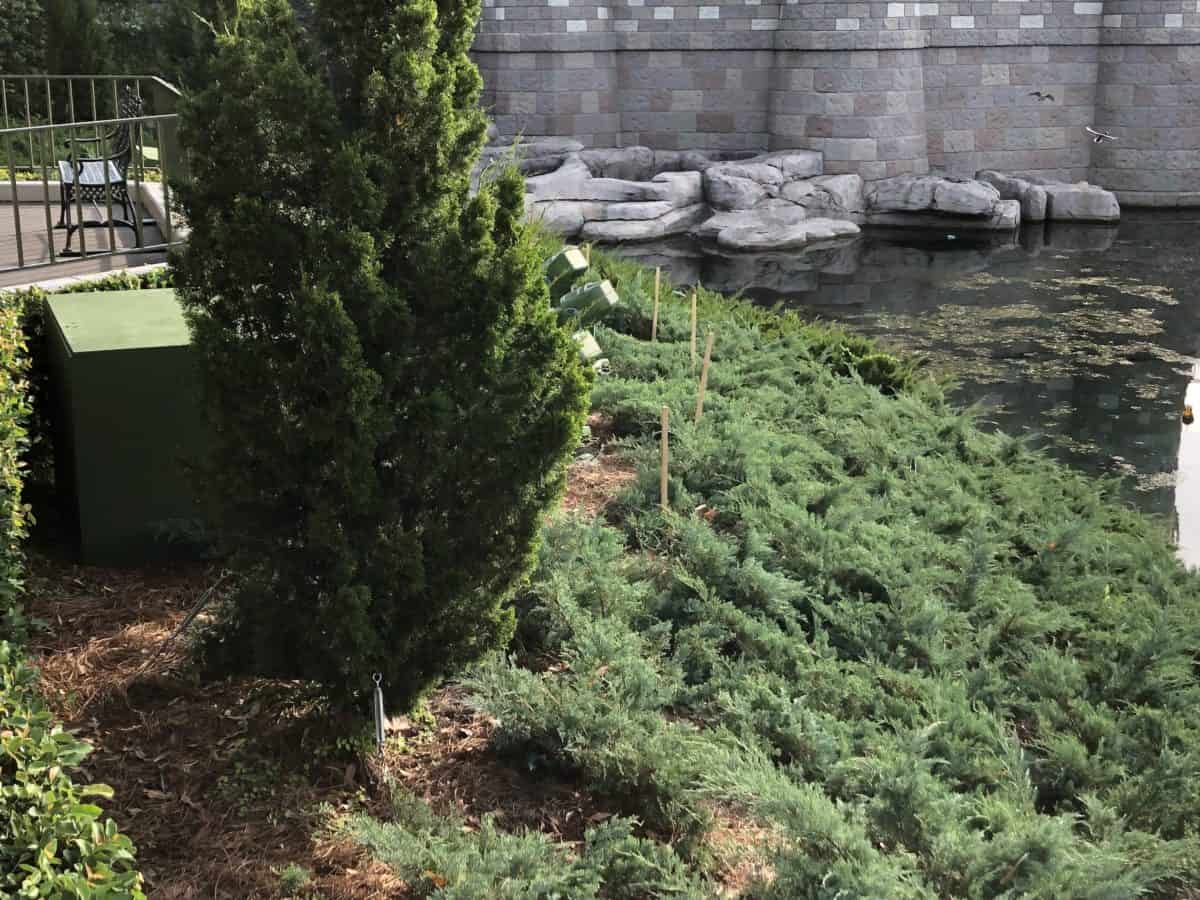 We saw some Cast Members using tape measures to outline how wide the new walkway should be. 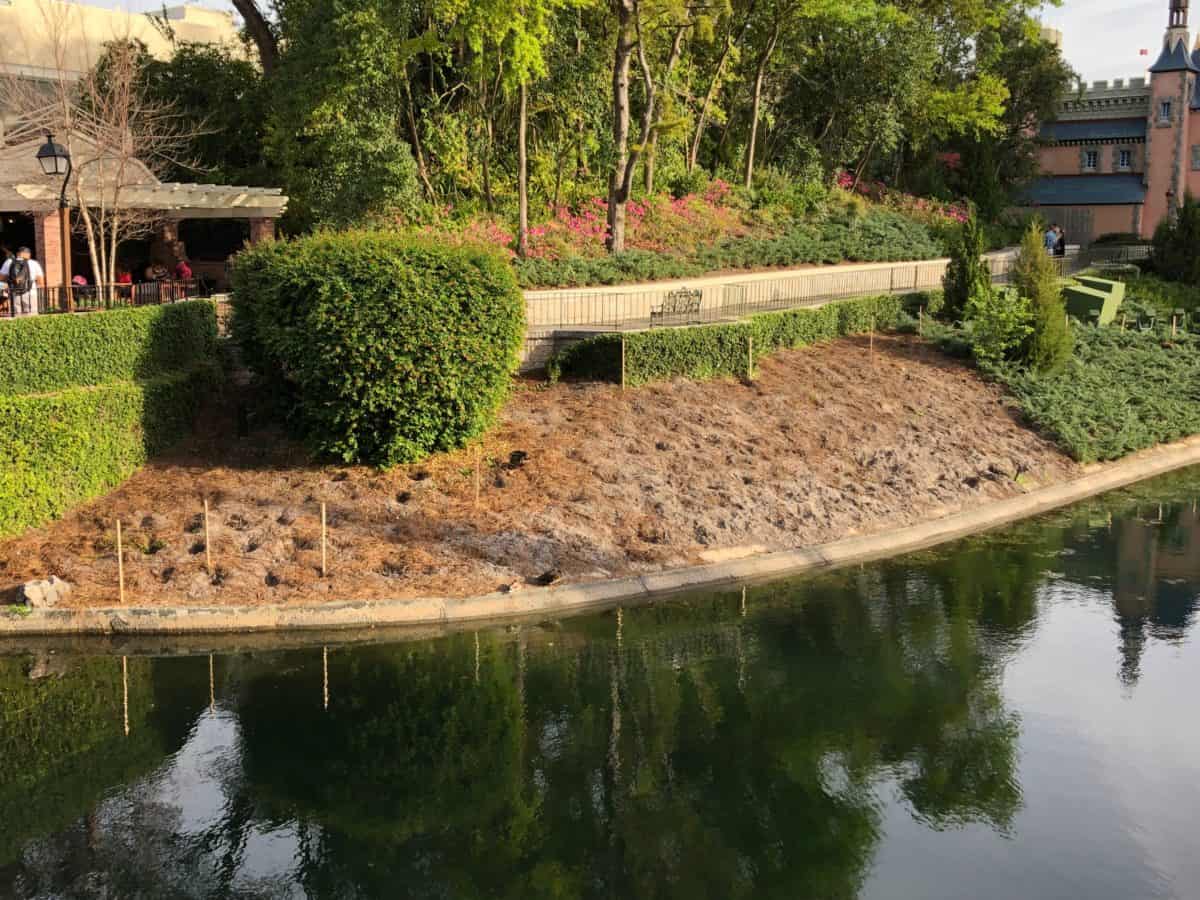 Management was also seen assessing the area on the ground. 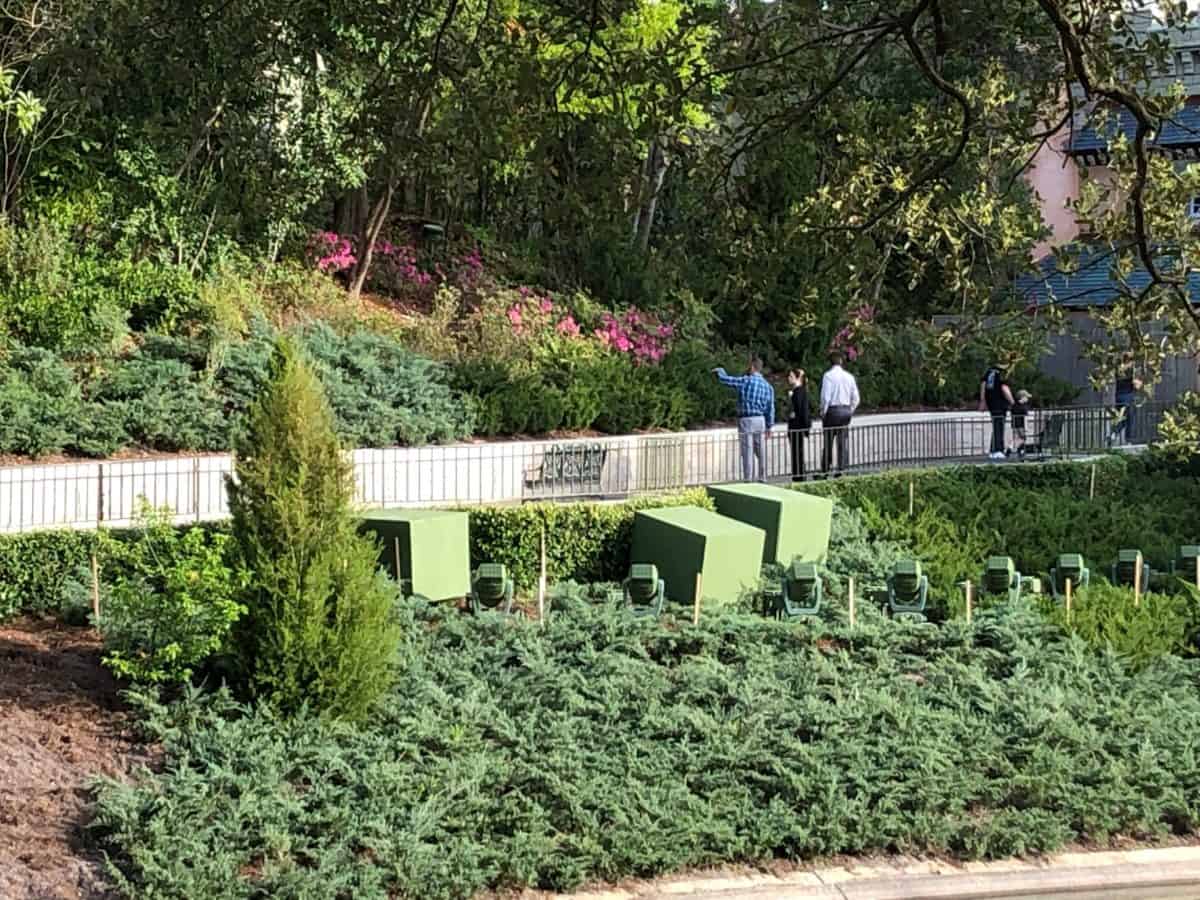 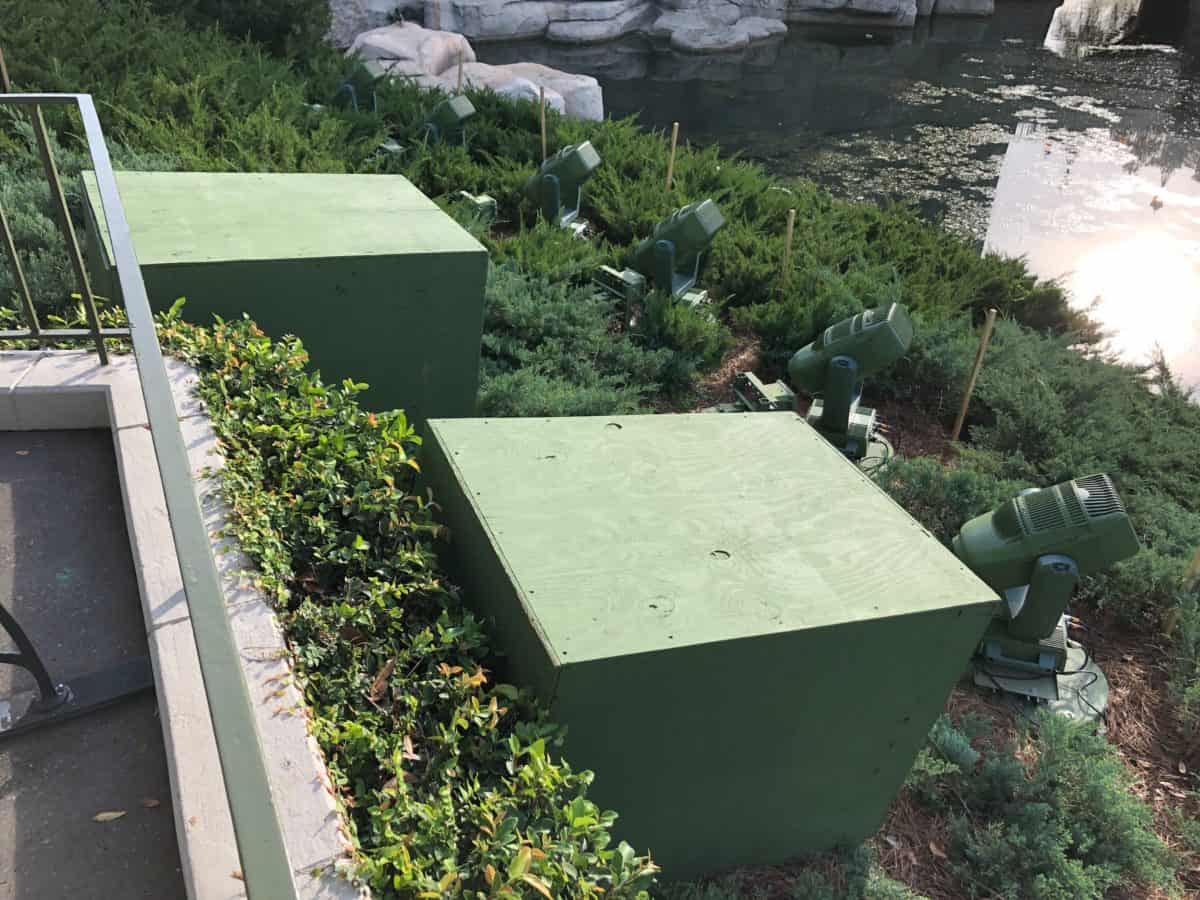 While the path remains open, it is only a matter of time before work in that area really cranks up, so get your duck watching sessions in before it’s too late. The moat will not only be drained, but also refurbished during this time as well.

Stay tuned to WDWNT for all the latest updates on this project and more!

Next
SHOP: Oh My Disney Swim Collection Arrives at shopDisney Just in Time for Spring