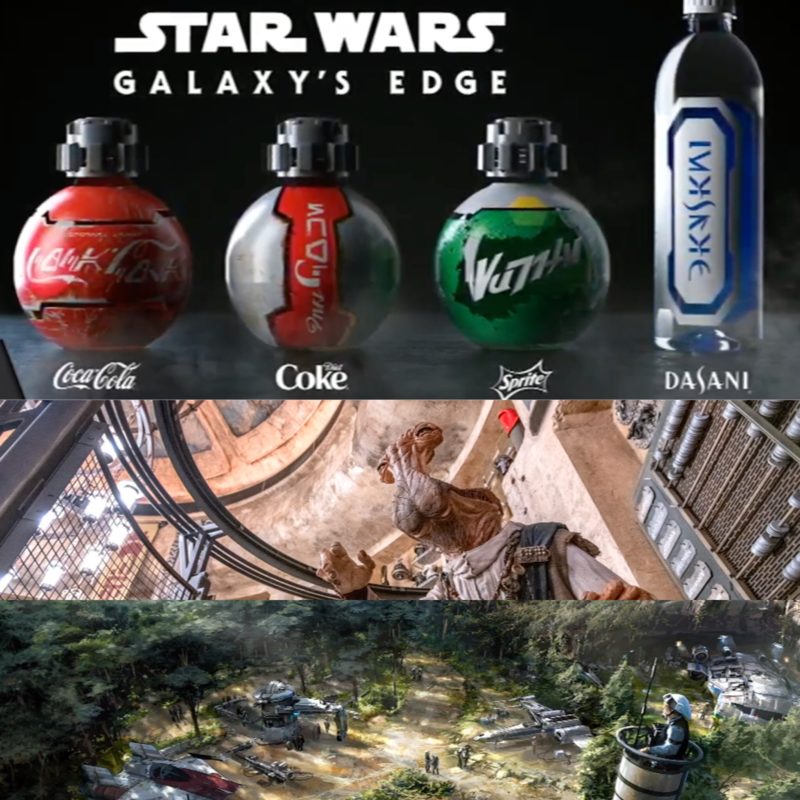 Today at Star Wars Celebration Chicago, a special panel was hosted by individuals from Disney and LucasFilm previewing the upcoming Star Wars: Galaxy’s Edge at Disneyland and Walt Disney World. Here’s what was revealed:

Some new concept art of the exterior of Star Wars: Rise of the Resistance was released early-on in the event, seen below.

Inside Dok-Ondar’s Den of Antiquities, visitors will find a selection of mysterious and rare items for sale representing different eras of the Star Wars galaxy, including ancient Jedi and Sith artifacts, holocrons, lightsabers, and more. As they explore the shop’s nooks and crannies, they will find Dok at his desk, checking his inventory, taking calls, and barking orders at his assistants. Dok Ondar, who’s briefly mentioned in Solo: A Star Wars Story, is a shop proprietor specializing in the obscure and one-of-a-kind. He appears in audio-animatronic form in his shop on Batuu as pictured.

Revealed at the panel, guests will be able to buy specially themed packaged Coke products inside Star Wars: Galaxy’s Edge. 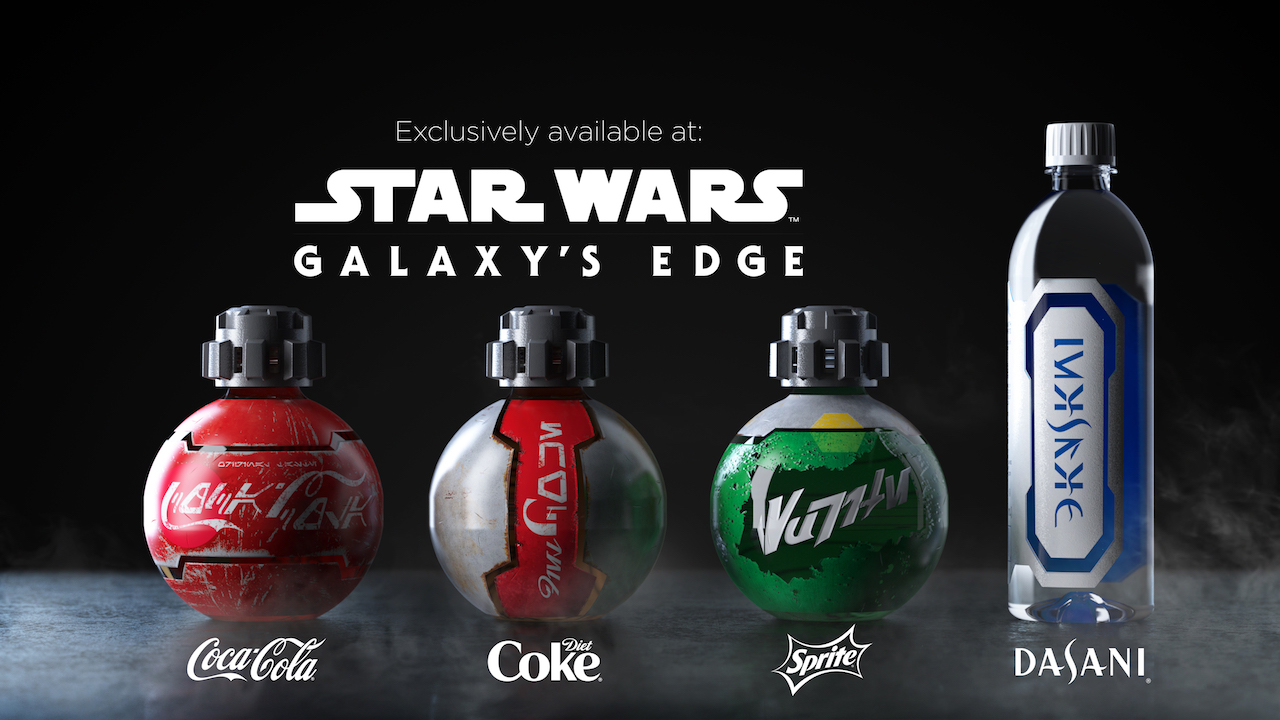 Four bottled Coca-Cola products will be available in exclusive packaging featuring the Aurebesh language on the wrapping.

You’ve probably seen a Coke ad like this before, but never one filmed on Batuu.

Some new details were released for Oga’s Cantina as well. Rescued by local droidsmith after he crashed on Batuu, Captain RX-24 (or Rex), from Star Tours was rebuilt and made into a DJ for the watering hole. He will once again be voiced by Paul Ruebens, better known as Pee-Wee Herman. New music from Figrin D’an and the Modal Nodes and an all-droid band will fill the air while guests ingest themed-beverages from the edge of wild space.

More imagery from the Play Disney Parks app was released as well. 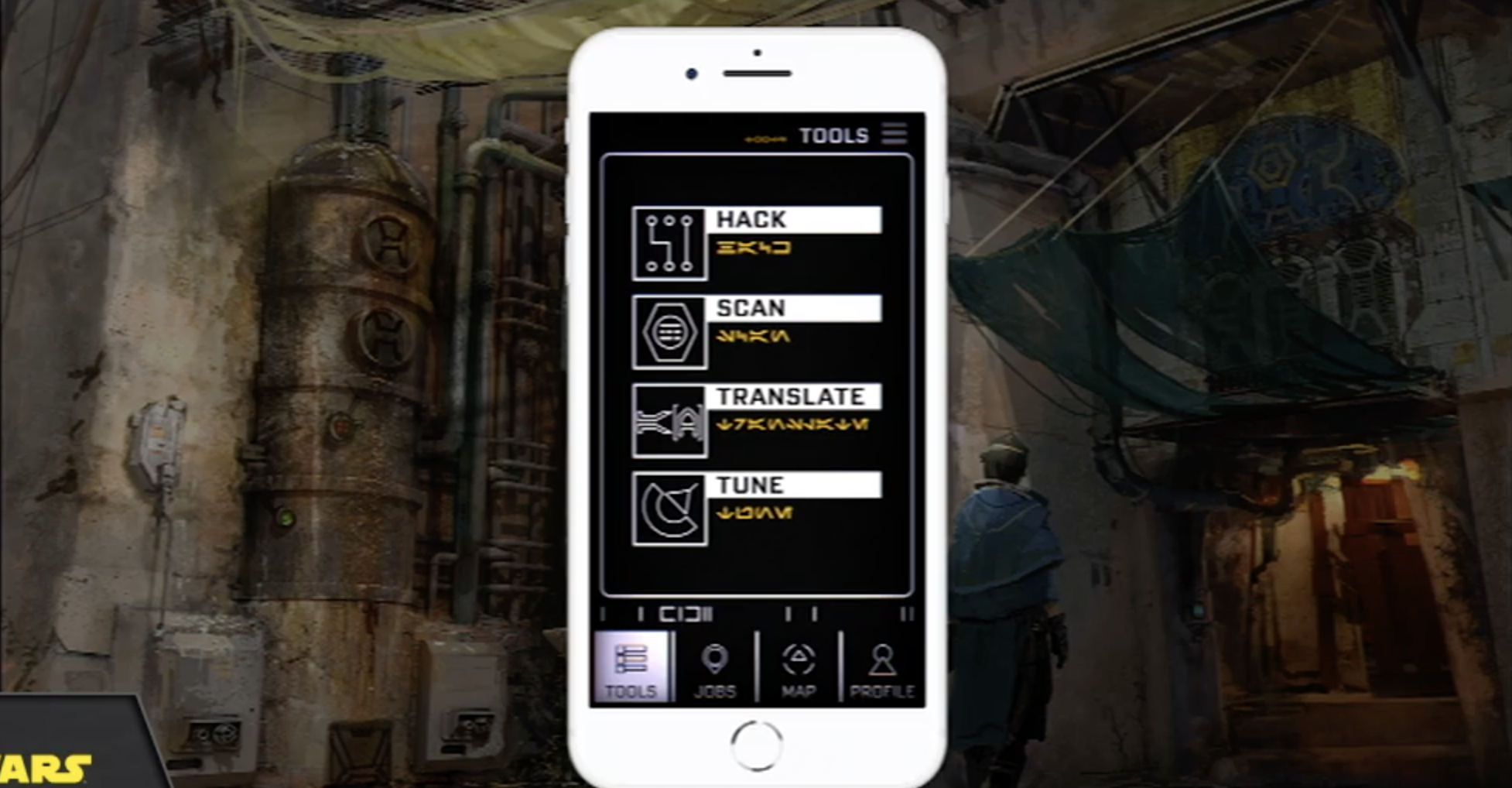 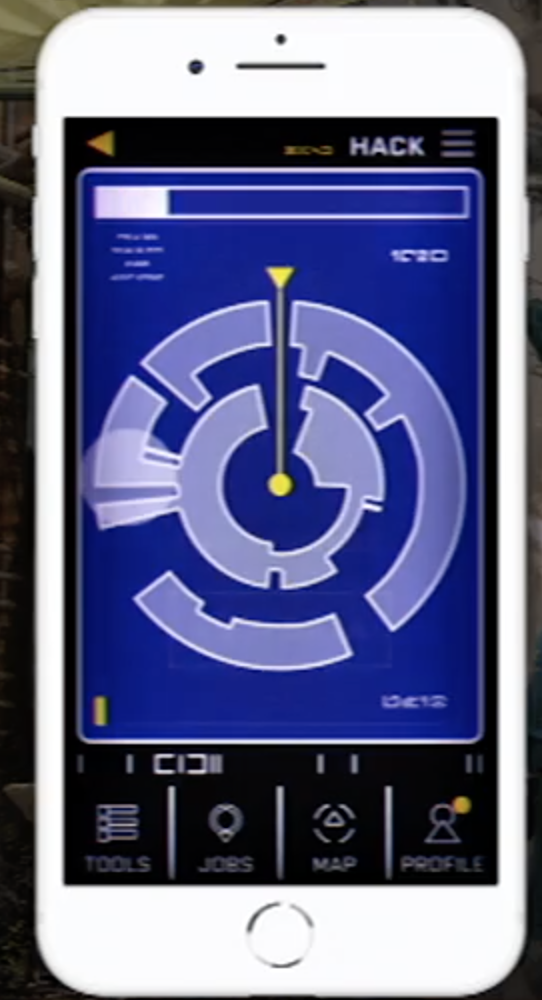 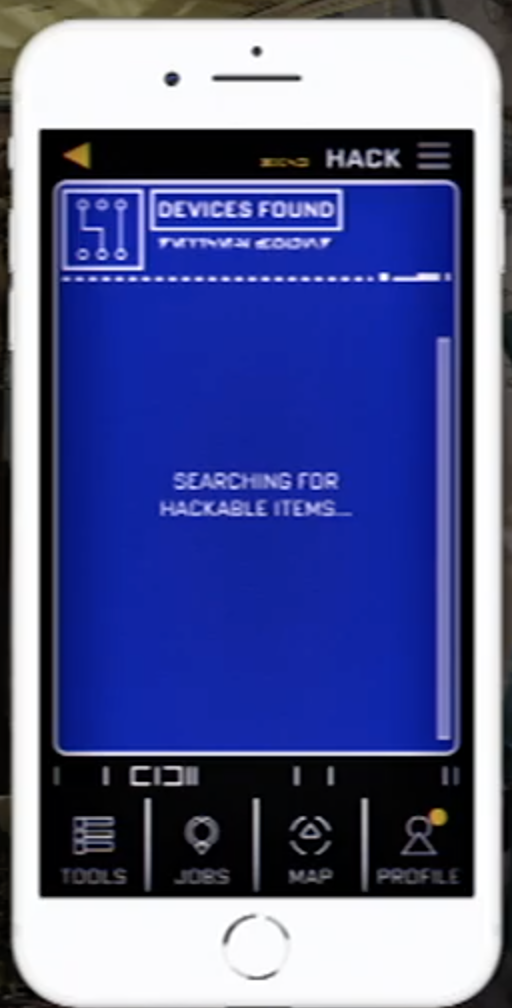 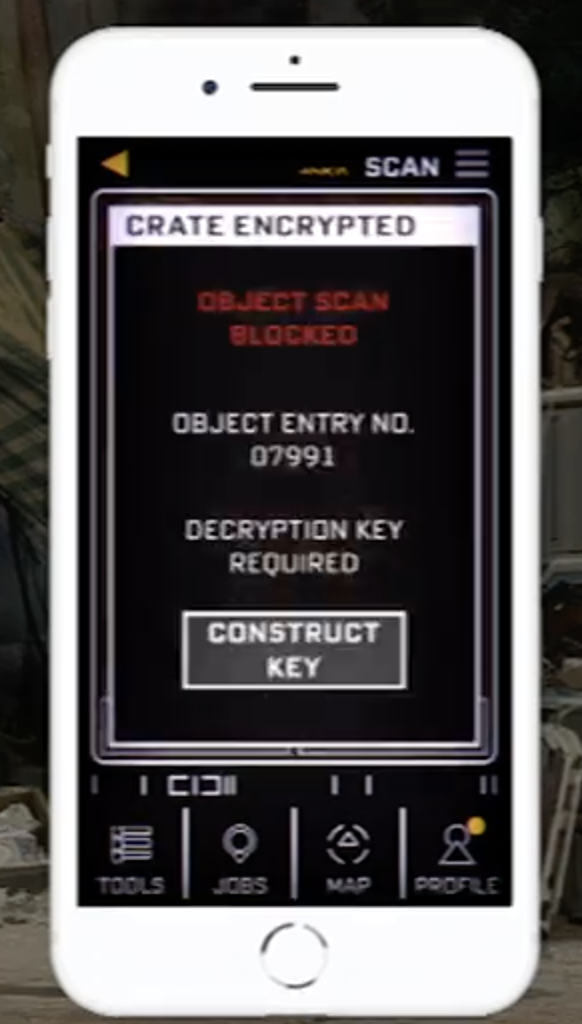 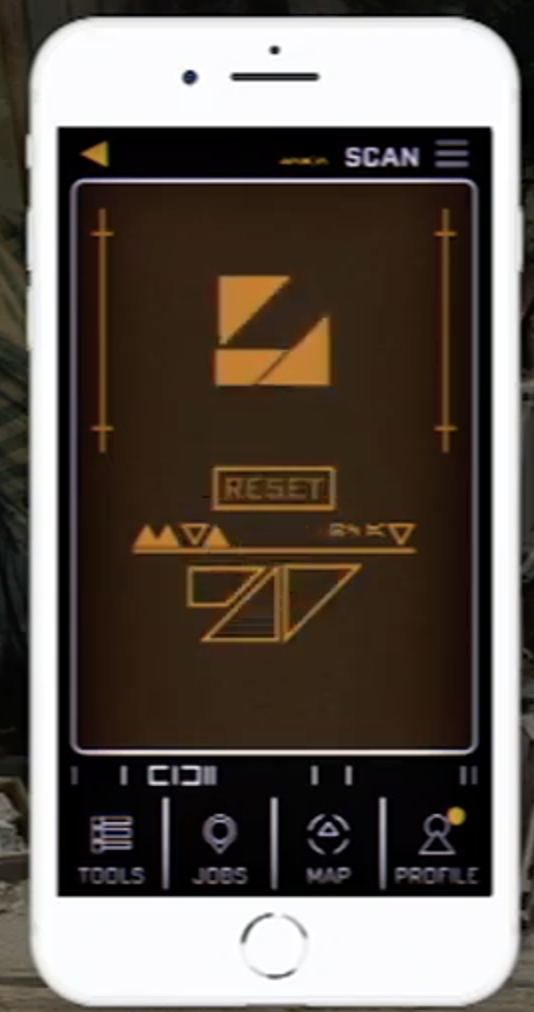 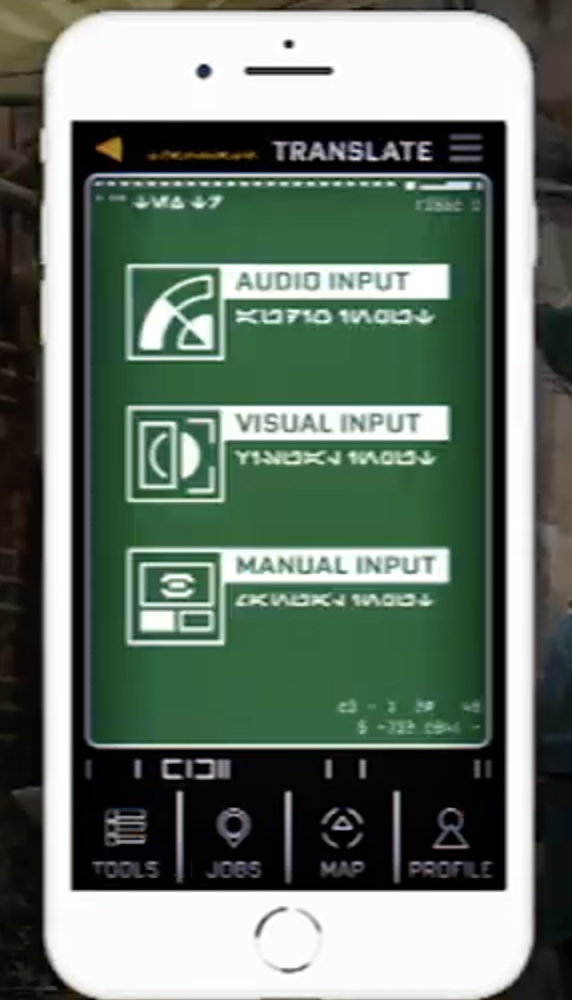 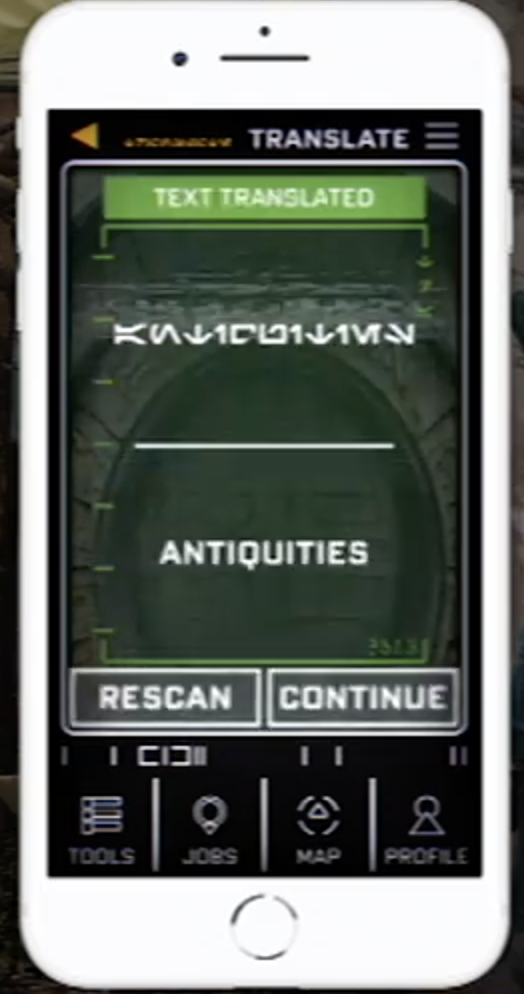 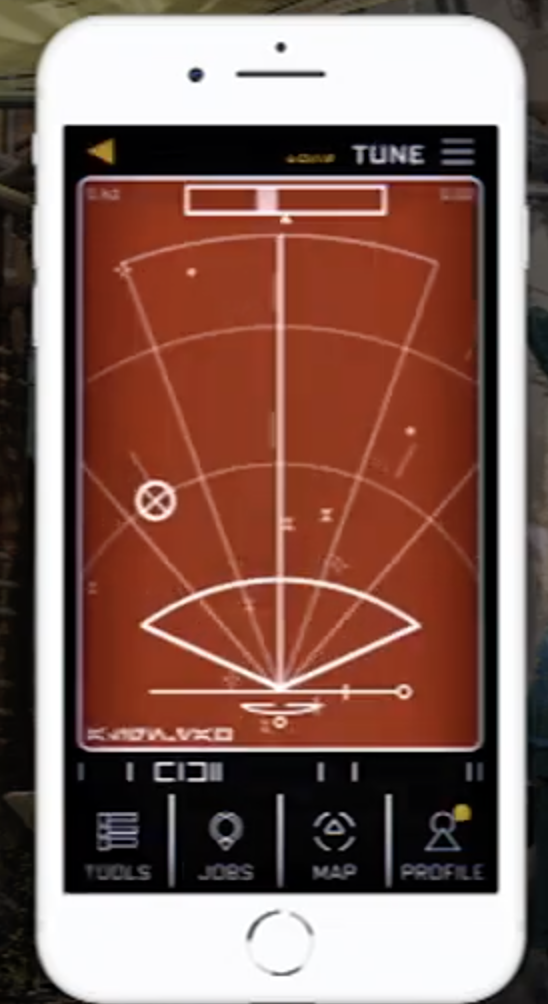 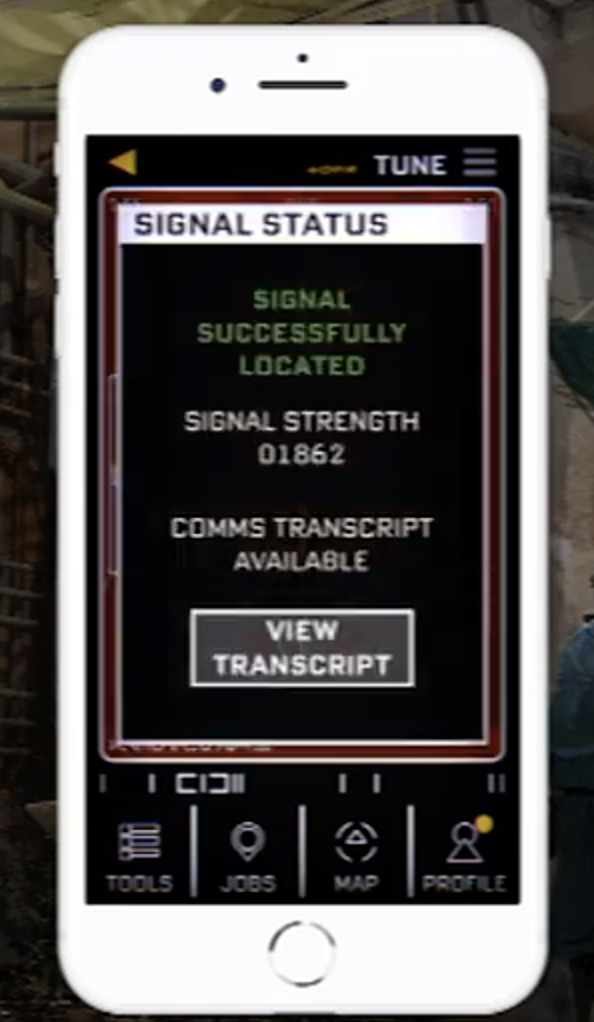 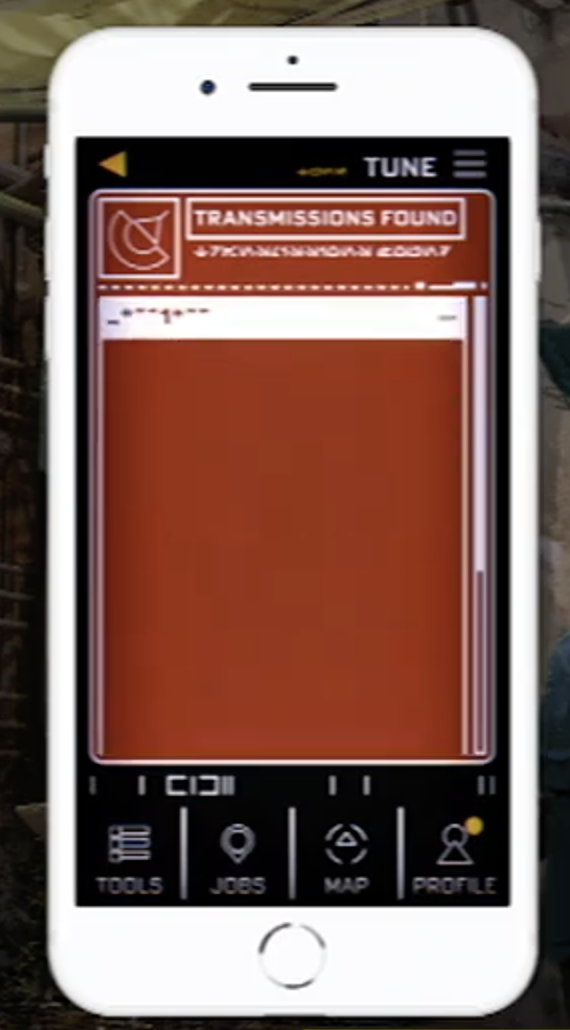 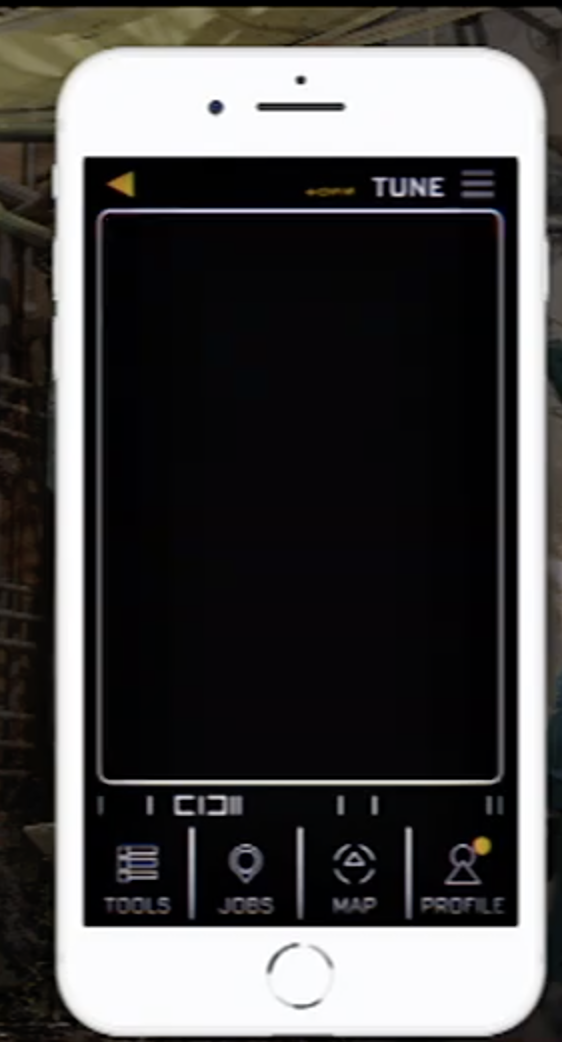 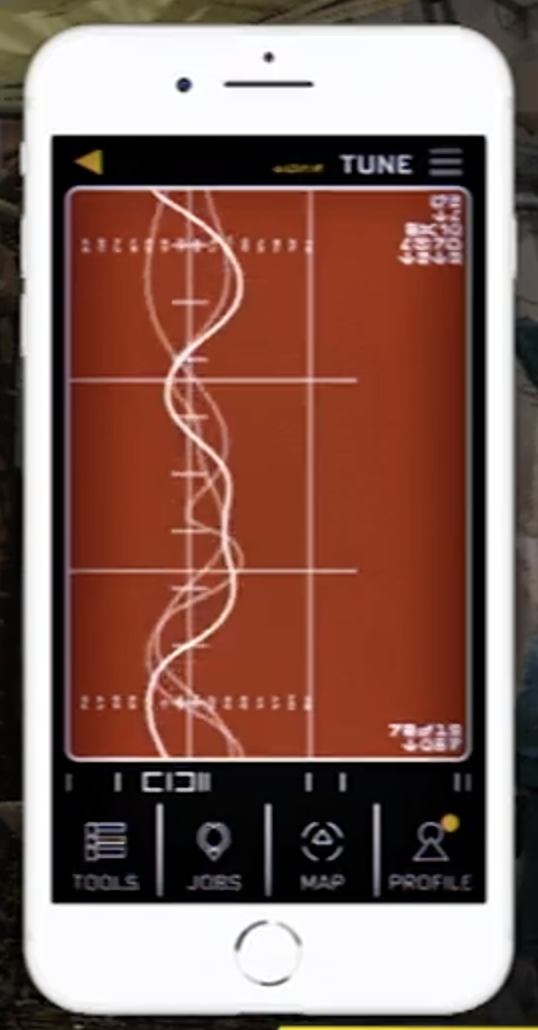 In addition to actions guests can do on their own, there is a team game called Outpost Control, where panels throughout the land installed by The First Order are being fought over. Pick a side (Resistance or First Order), and battle for supremacy until one faction controls most of the blips. 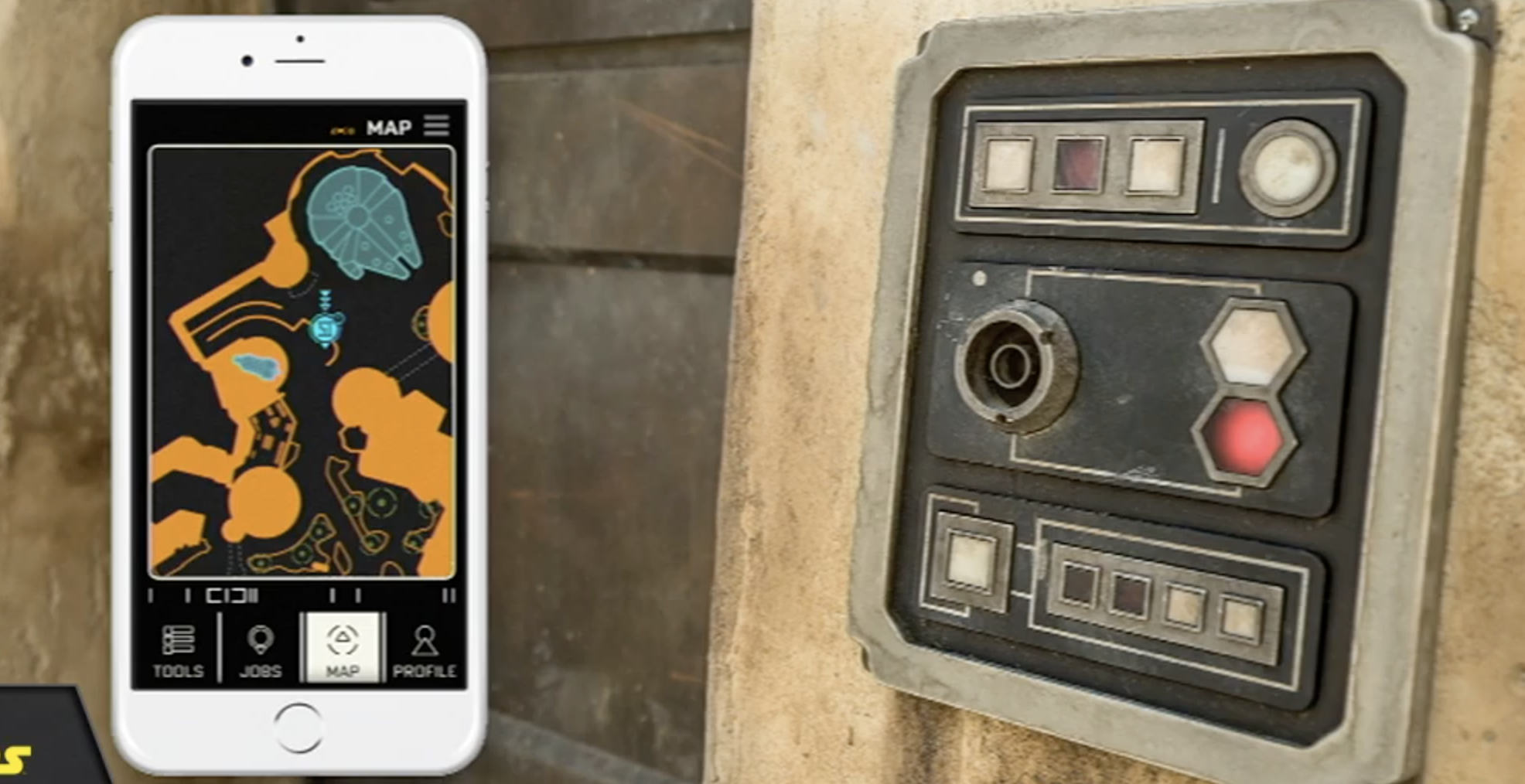 Last but not least, here are some new images released from around the land: