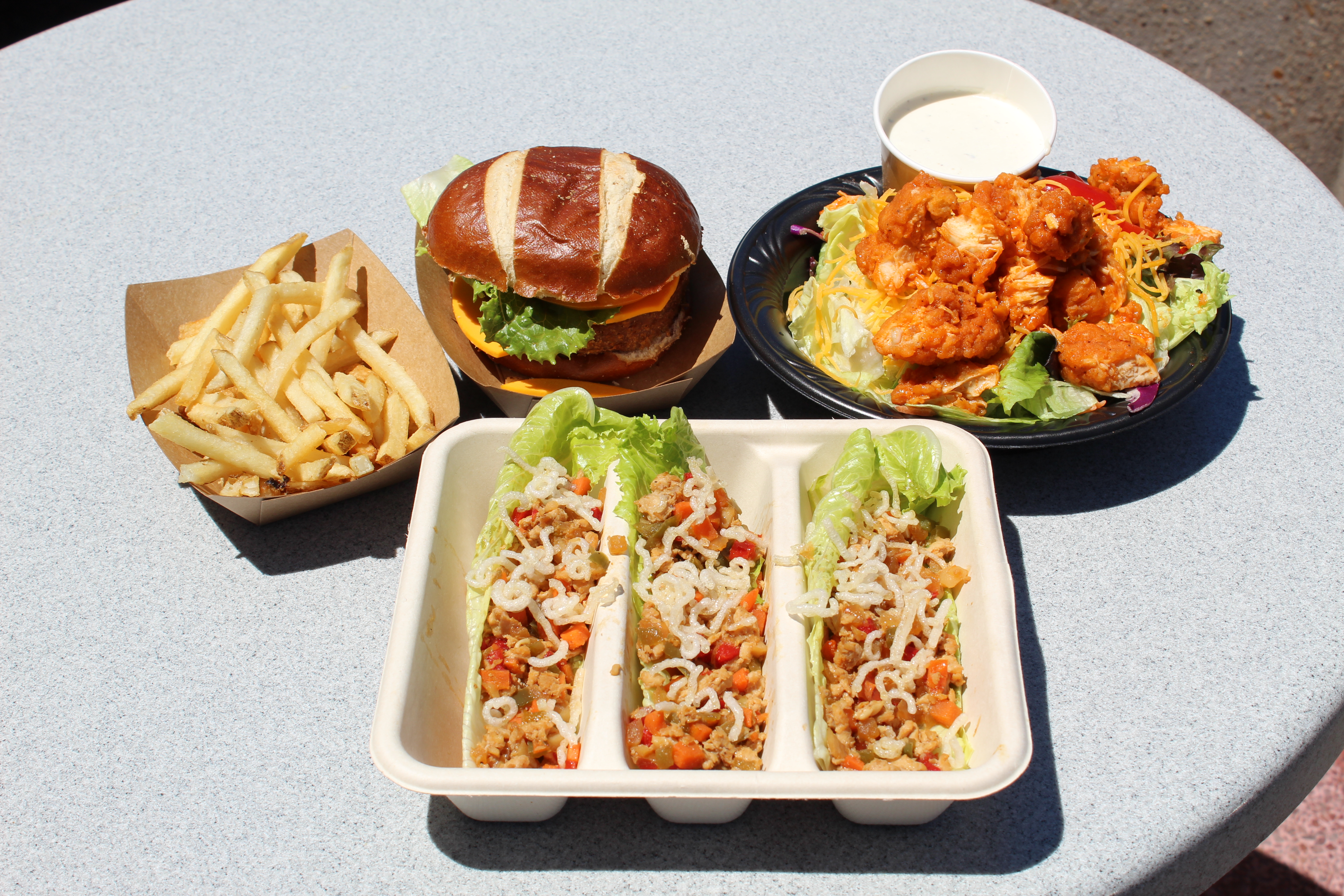 Welcome, people of tomorrow! Tomorrowland Terrace is rarely open these days, but when it does open during peak season times, it often changes its menu up a bit. Recently, we caught a couple of new menu items that we wanted to give a try. However, be warned: If you’re looking for a positive review with recommendations for your next trip, this is quite the opposite. 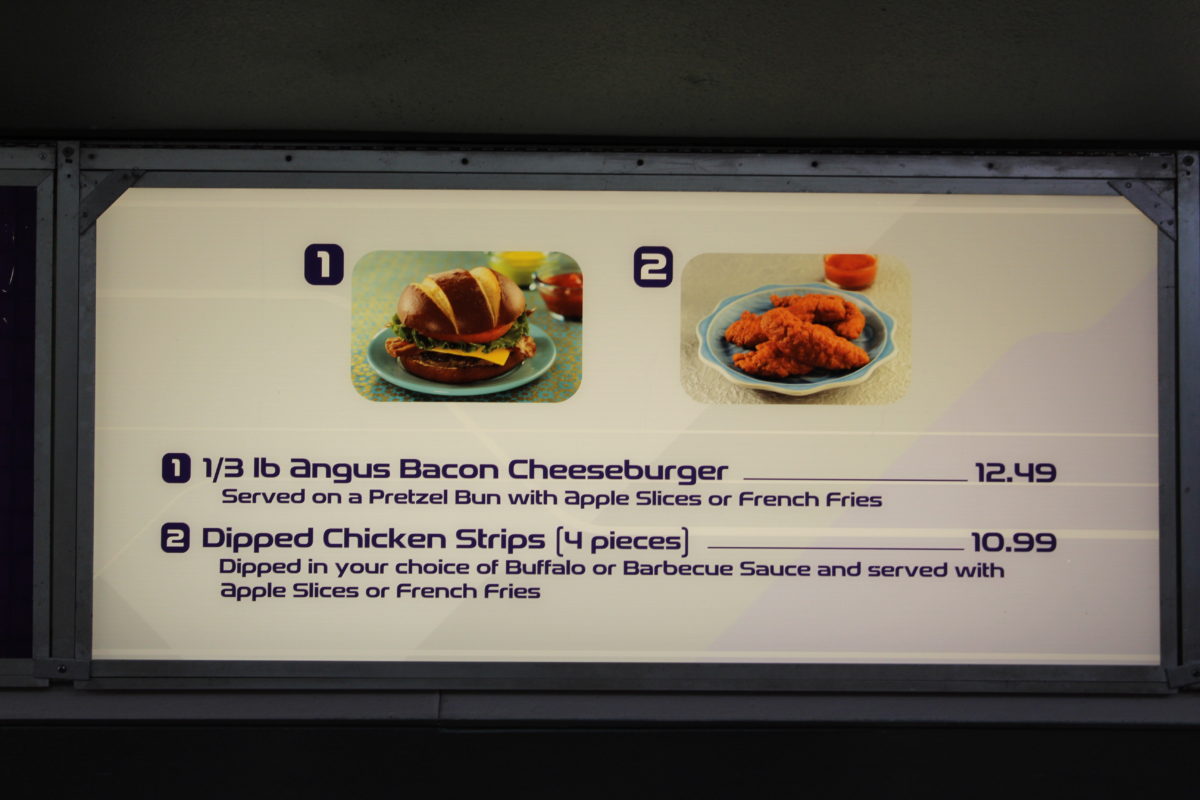 We begin with a look at the current menu. The Angus Bacon Cheeseburger and Dipped Chicken Strips are both returning items to the menu. 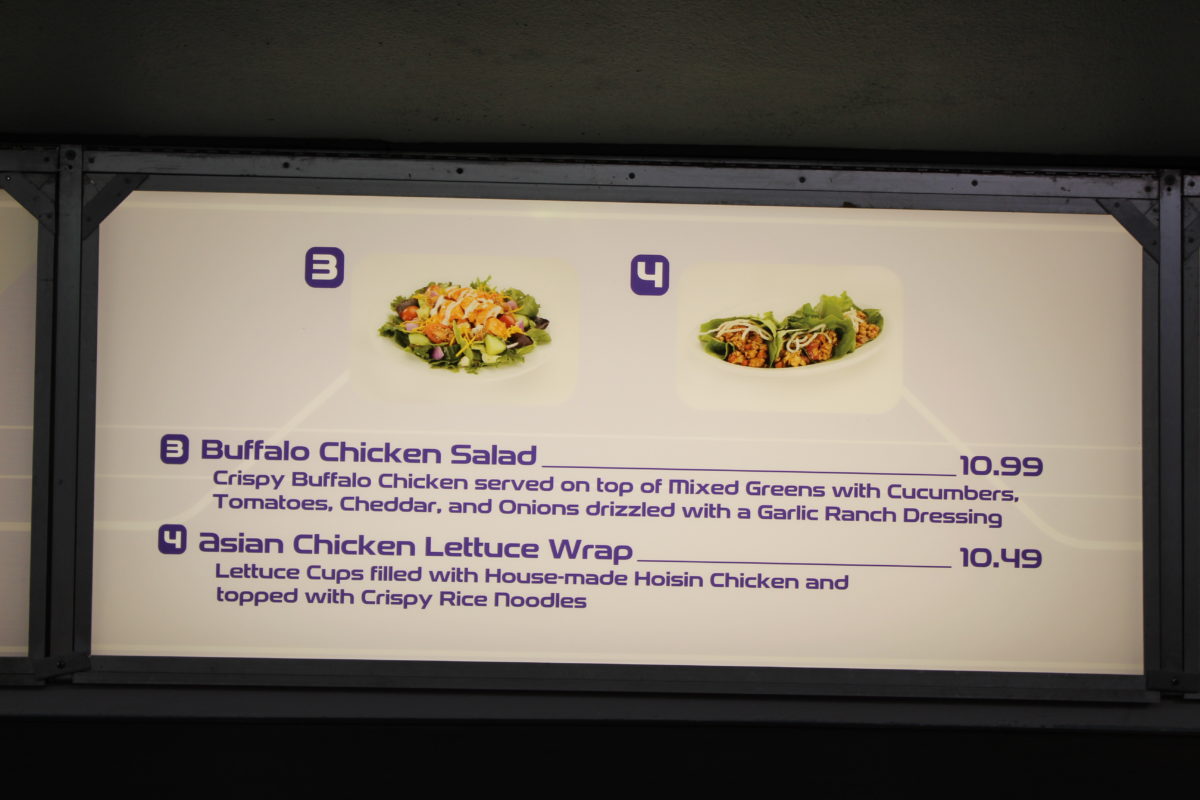 New to the menu is both the Buffalo Chicken Salad and the Asian Chicken Lettuce Wrap. 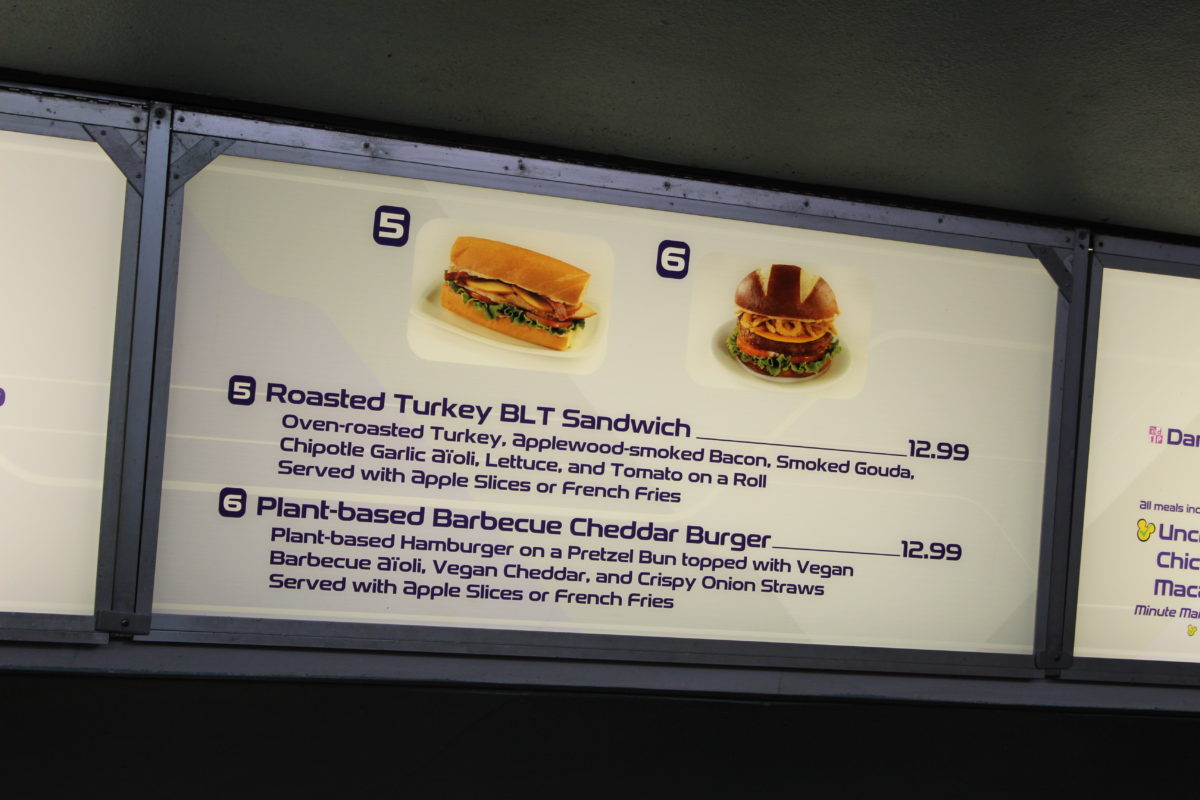 The final new addition to the menu is the Plant-based Barbecue Cheddar Burger. 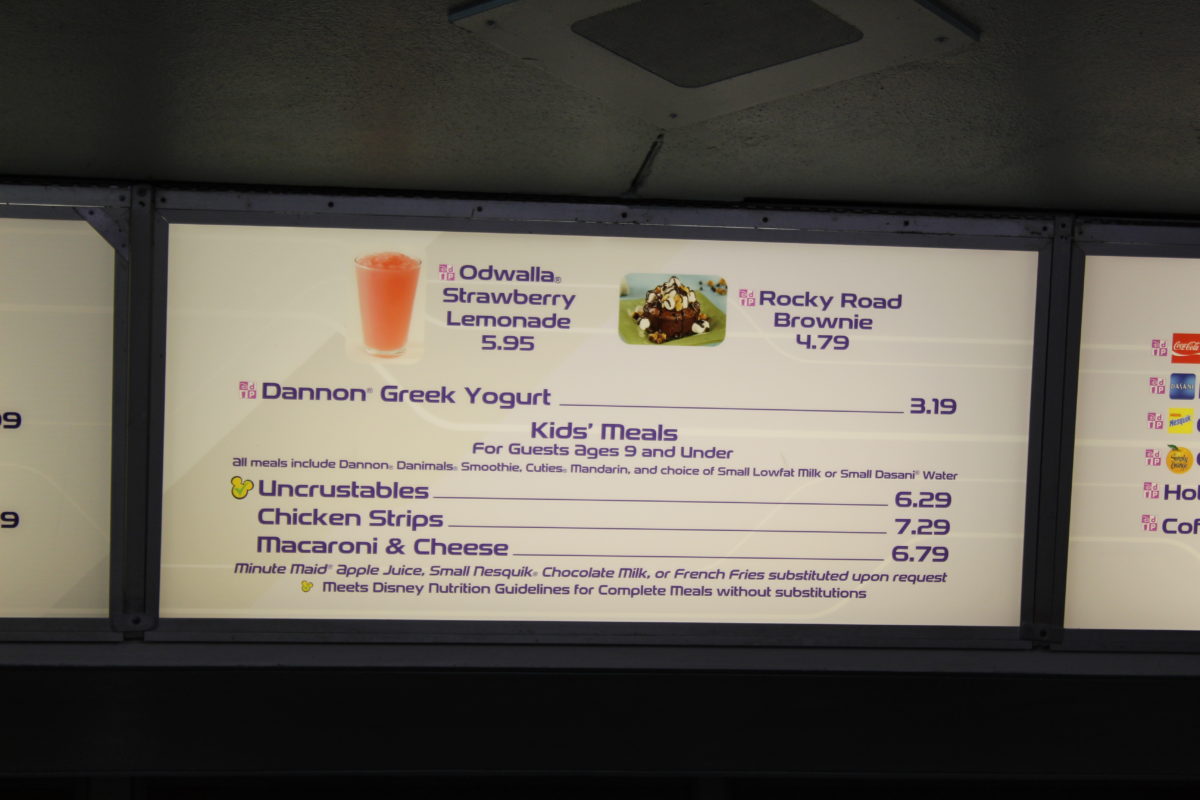 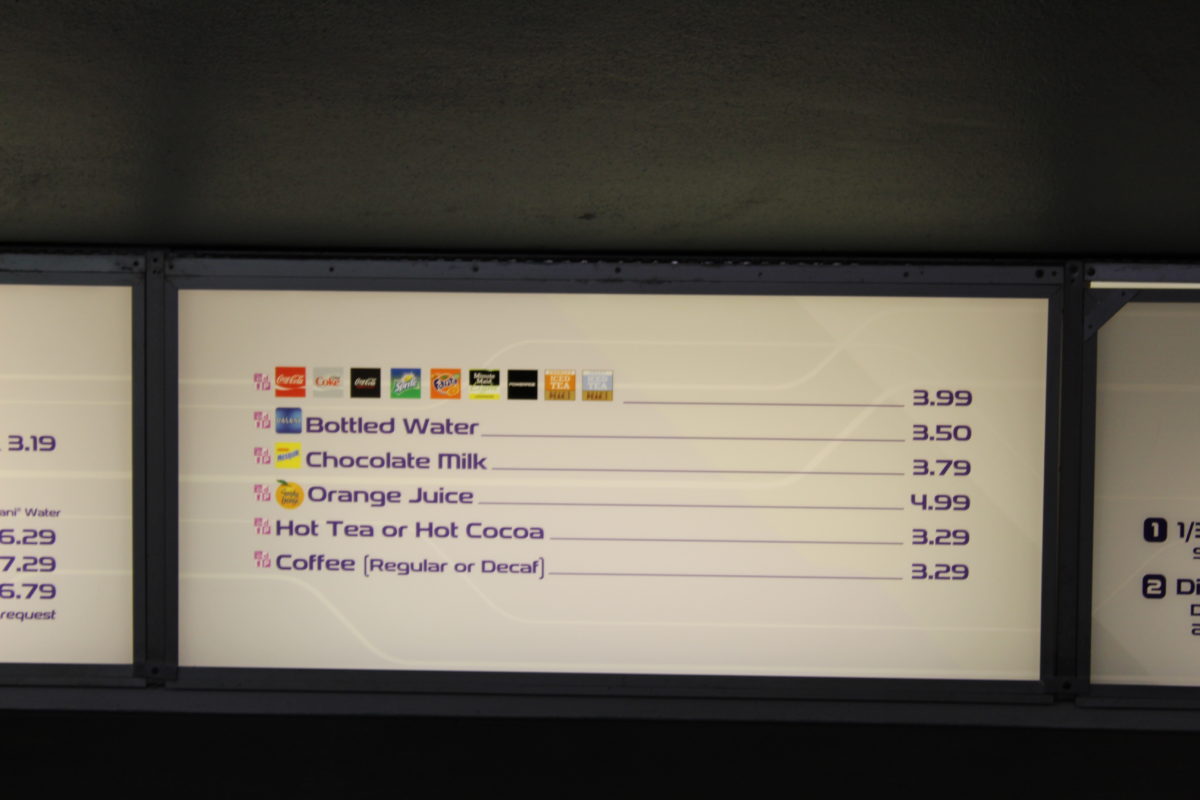 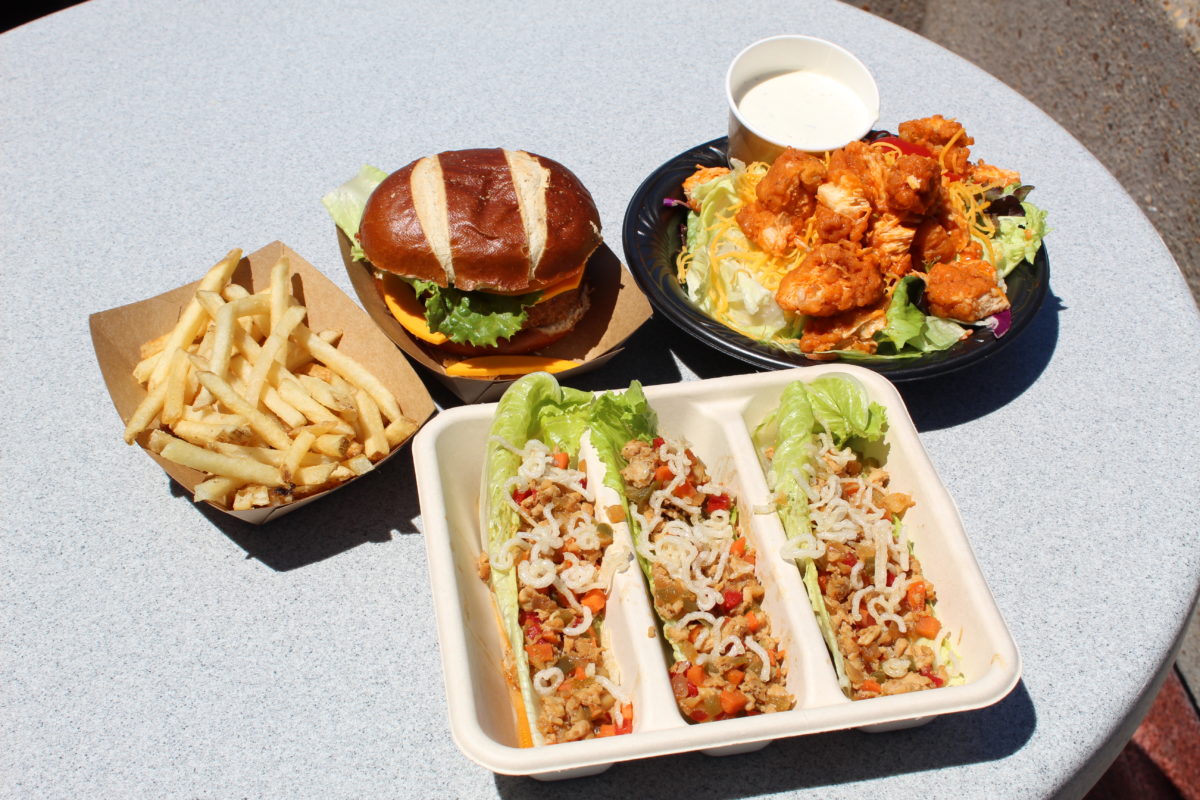 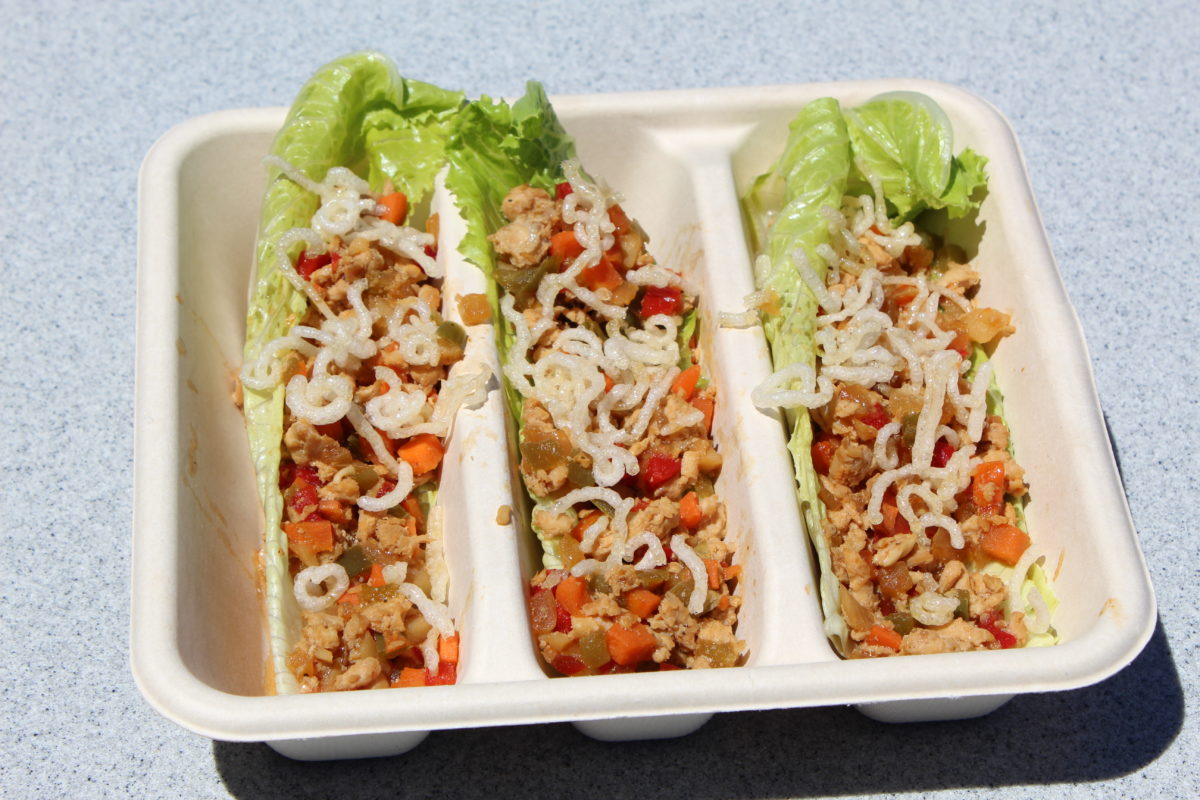 The Asian Chicken Lettuce Wrap was the first bad entree we tried. Consisting of Hoisin Chicken and Crispy Rice Noodles, this was a massive letdown. First of all, the portion is more snack size than entree size. It’s basically just three small Romaine lettuce leaves with some chicken and crunchy noodles. No other sides or sauces, just the three strips of lettuce. 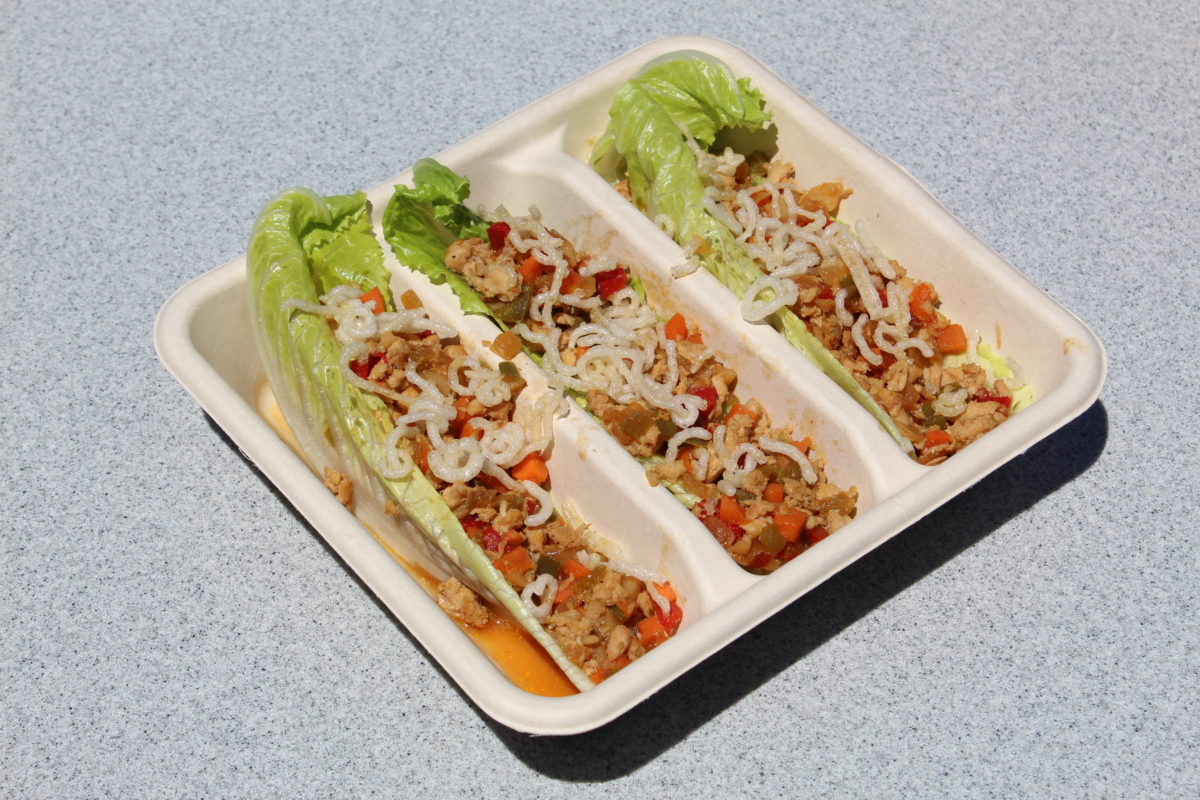 The chicken was comparable to the worst Panda Express you’ve ever been to. The only taste I picked up at all in this meal was the Hoisin sauce, and a rather bad version of it at that. 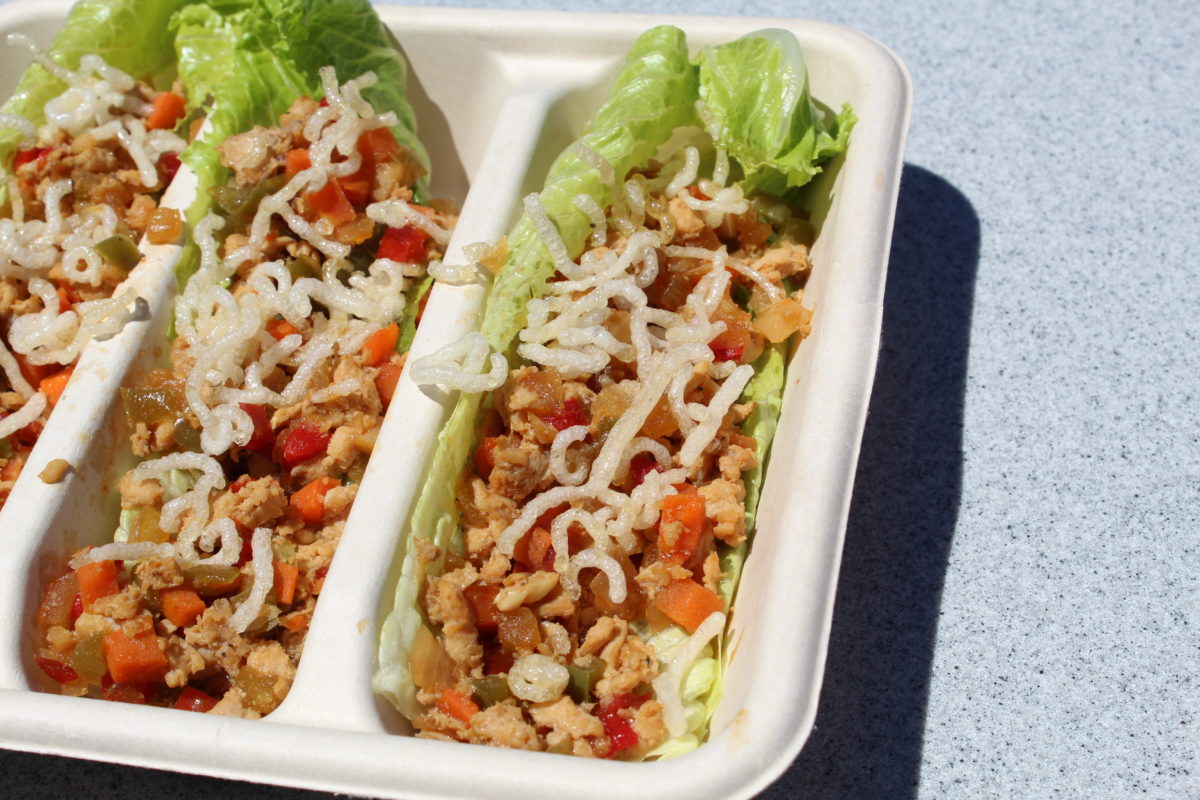 It was agreed upon that this was one of the most forgettable dishes at Walt Disney World. 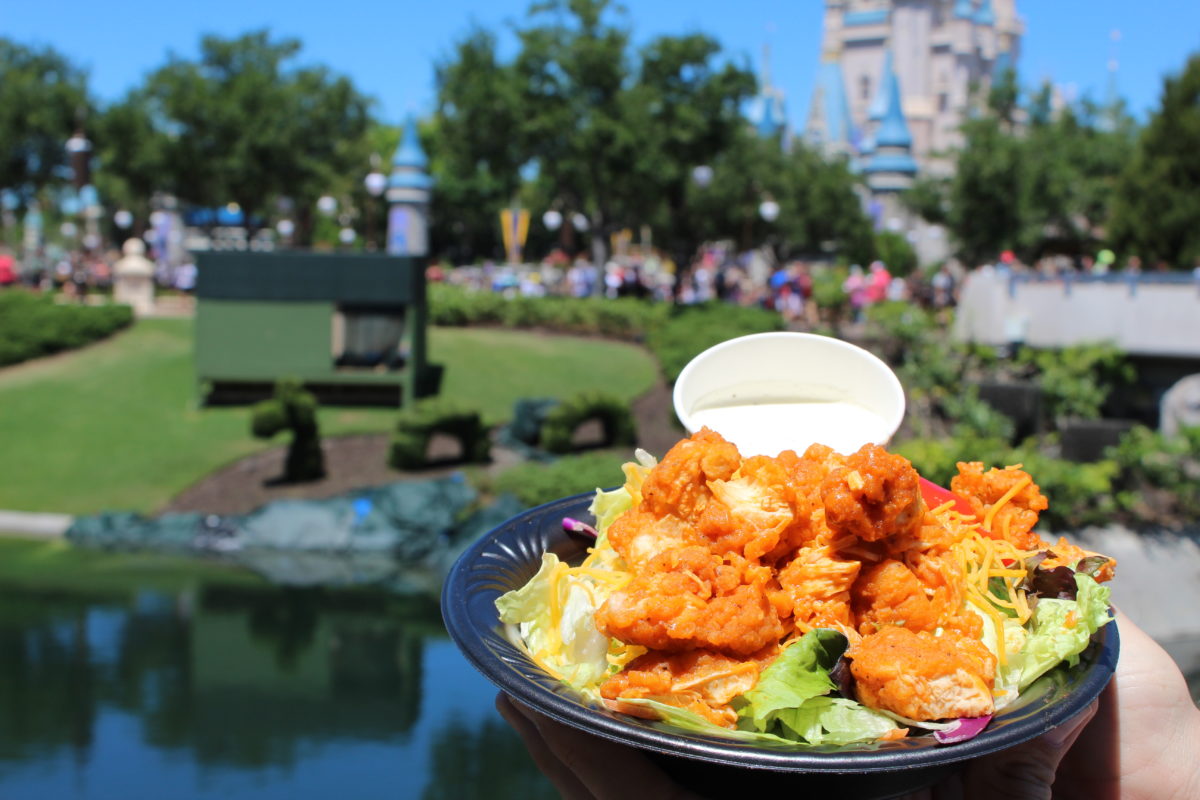 Next up was the Buffalo Chicken Salad. While this was probably the best dish we had at Tomorrowland Terrace, I still wouldn’t label it as a winner. It’s hard to fail with a giant serving of ranch dressing. 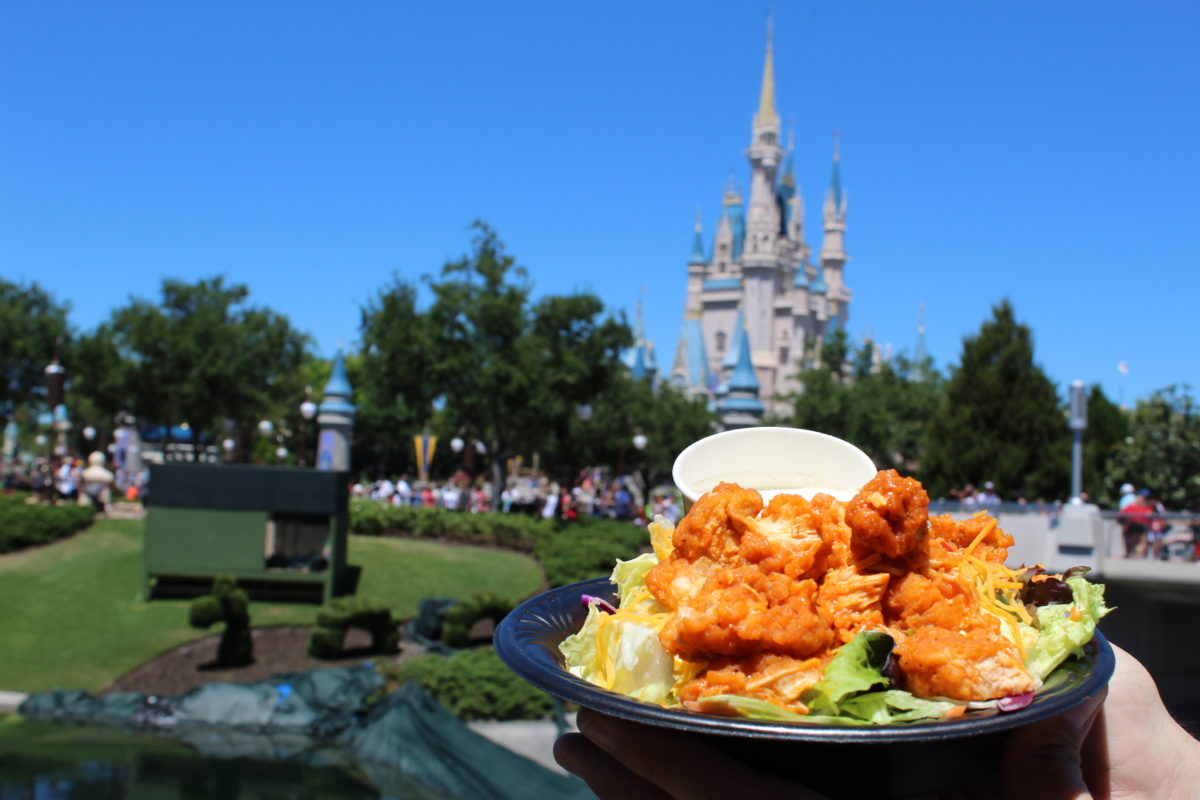 The salad is likely no more healthier than the fried chicken alone, and the monster cup of ranch is way too much for the salad. Ranch, cucumbers, cheddar, and onion topped the salad along with the the four buffalo chicken strips. If you do go with this offering, I’d recommend no more than half the cup of dressing. Beyond that, the salad is still extremely basic and bland, so maybe you should just pour it on. I’d just order the chicken strips and call it a day. 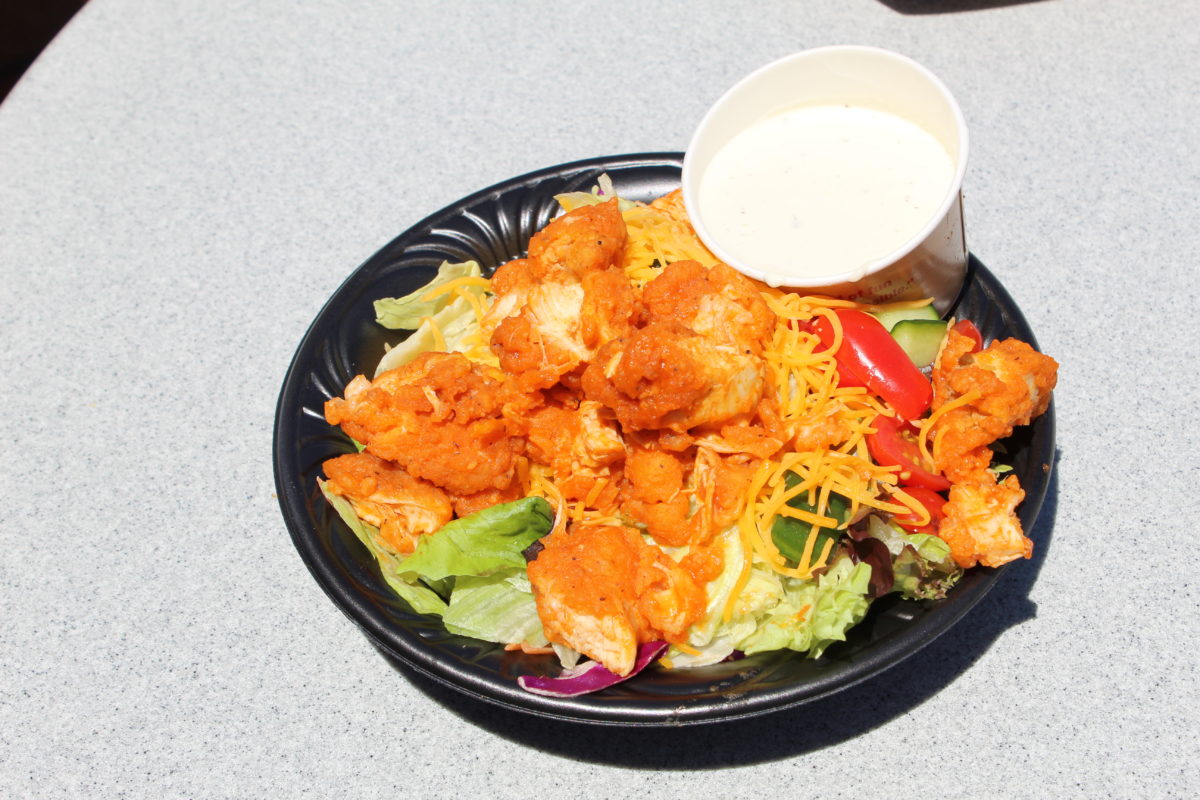 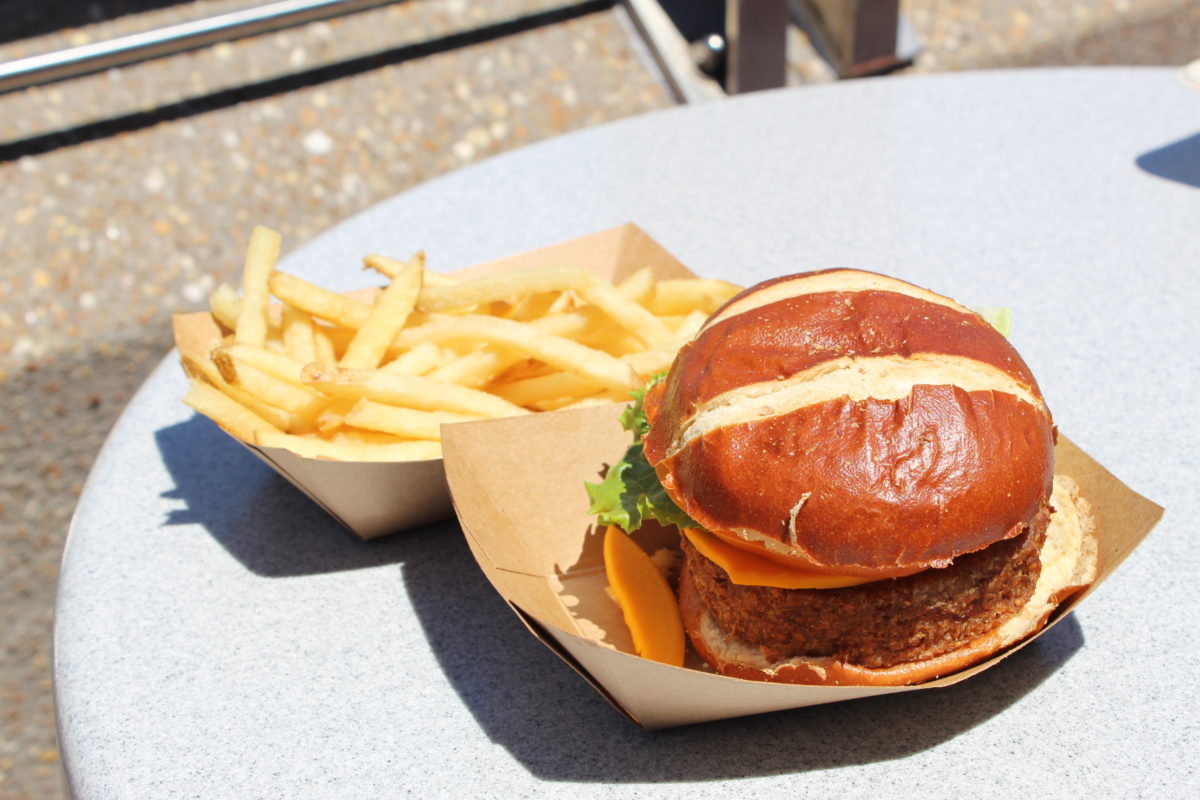 The Plant-based Barbecue Cheese Burger is probably the most flavorless item in all of Walt Disney World. No part of this entree was good. Not even the side of fries. In fact, you see that lonely leaf of lettuce? That was the only thing you could really taste, sandwiched between two layers of cardboard. 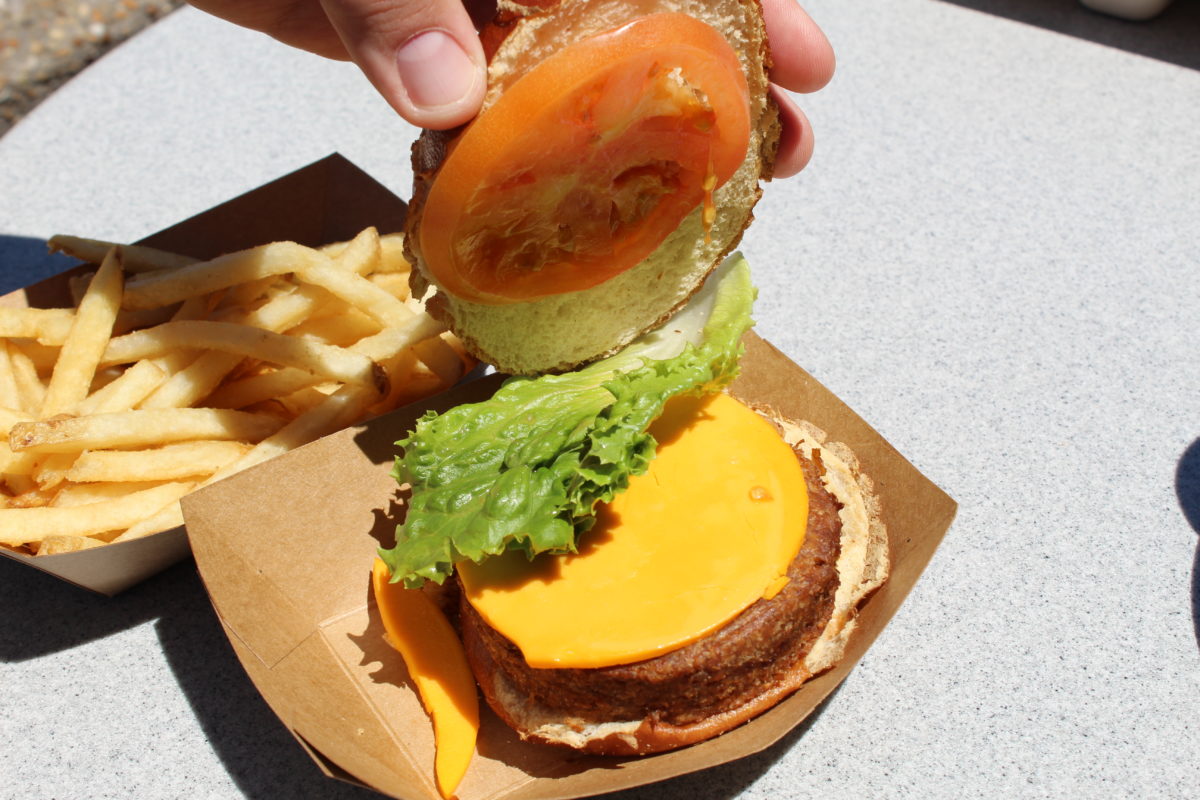 While this is one of the highlights listed in the Plant-based Food Guide to Magic Kingdom, we have an even better plant-based recommendation for you. Skip this, head to Skipper Canteen, and get the falafel or Shiriki noodles… you’ll be happy you did.

Overall, save yourself the time and explore other options at Magic Kingdom, such as the WDWNT #1 rated quick service restaurant on property, Cosmic Ray’s!