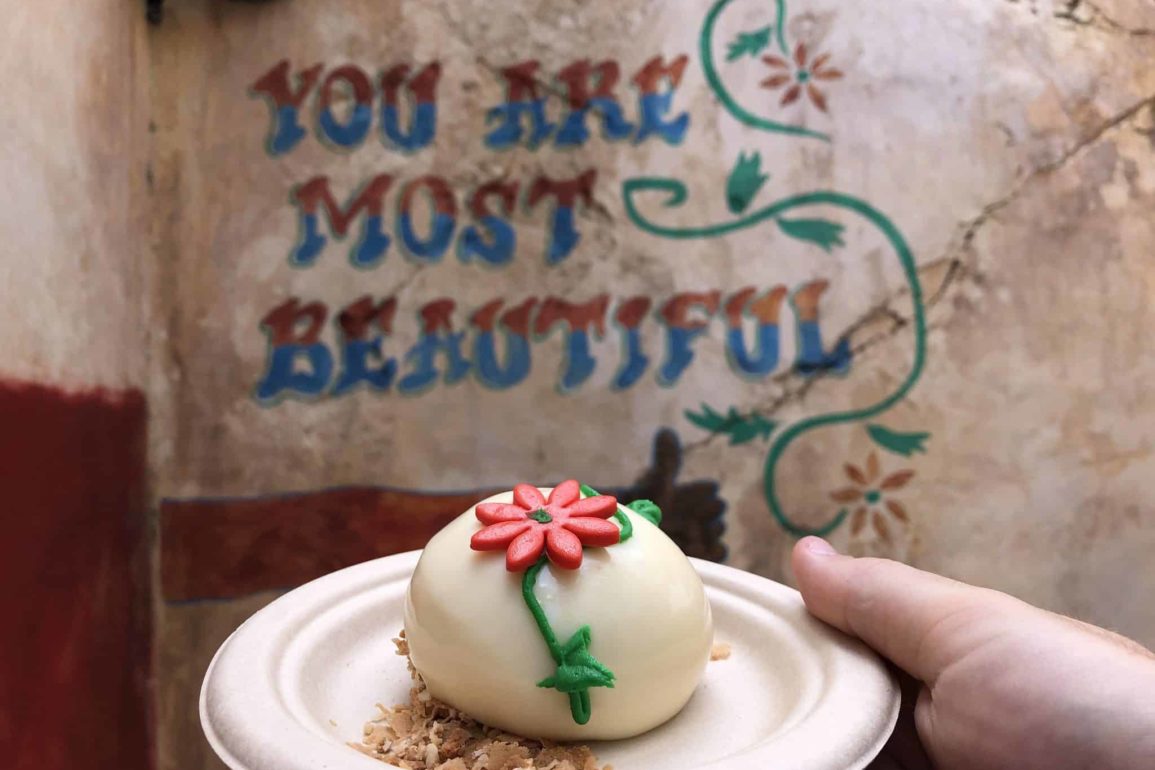 Have you seen this cake doing the rounds on Instagram yet?
Home
Parks & Resorts

REVIEW: The Instagrammable “Most Beautiful” Cake is Far From Basic at Harambe Market in Disney’s Animal Kingdom

Disney has taken Instagrammable treats to a whole new level with this latest dessert nestled away in Harambe Market at Disney’s Animal Kingdom park. The “Most Beautiful” cake is said to be inspired by the popular “You Are Most Beautiful” mural… or as it’s more colloquially known, Instagram wall. Even the menu itself invites––no, instructs you to “pose for a Selfie with this Artwork” and use the hashtag  #HarambeMarket before enjoying the dessert… 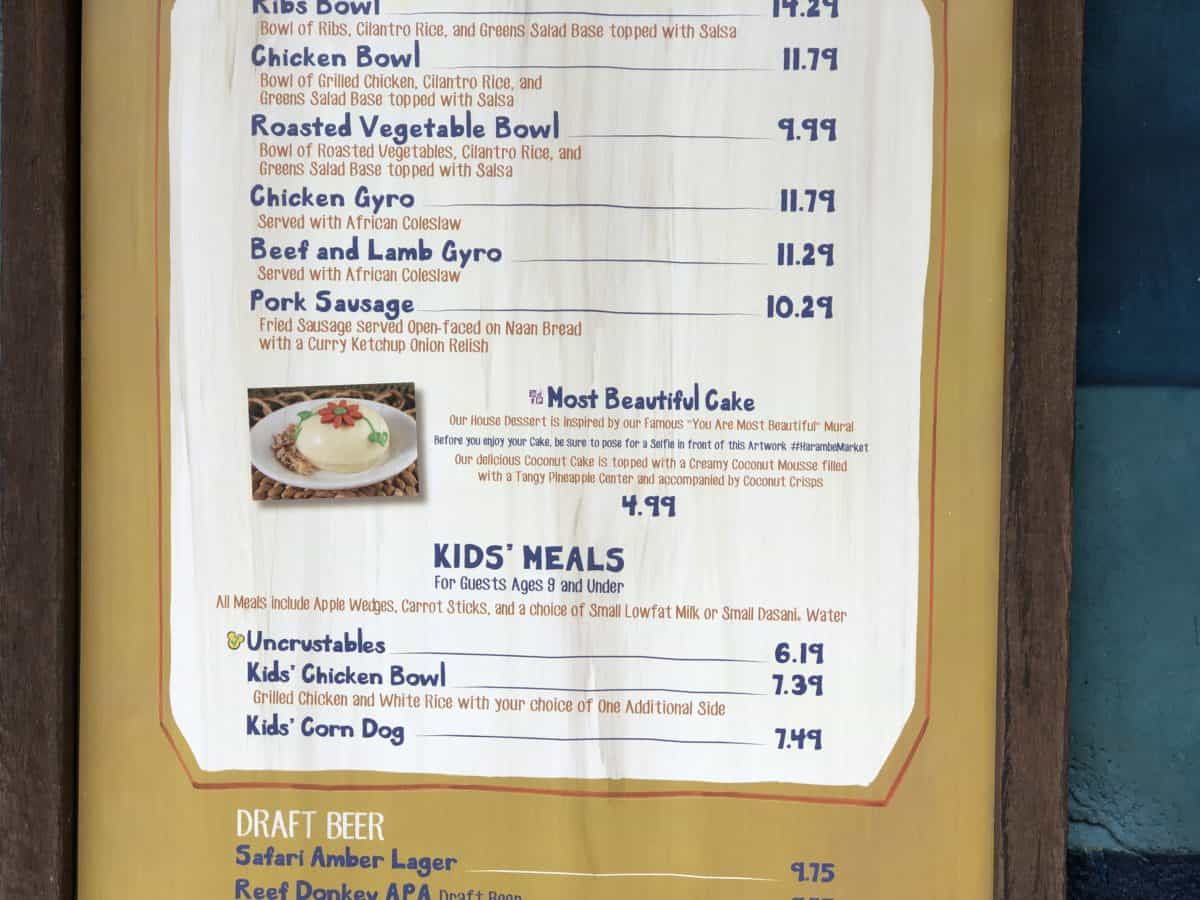 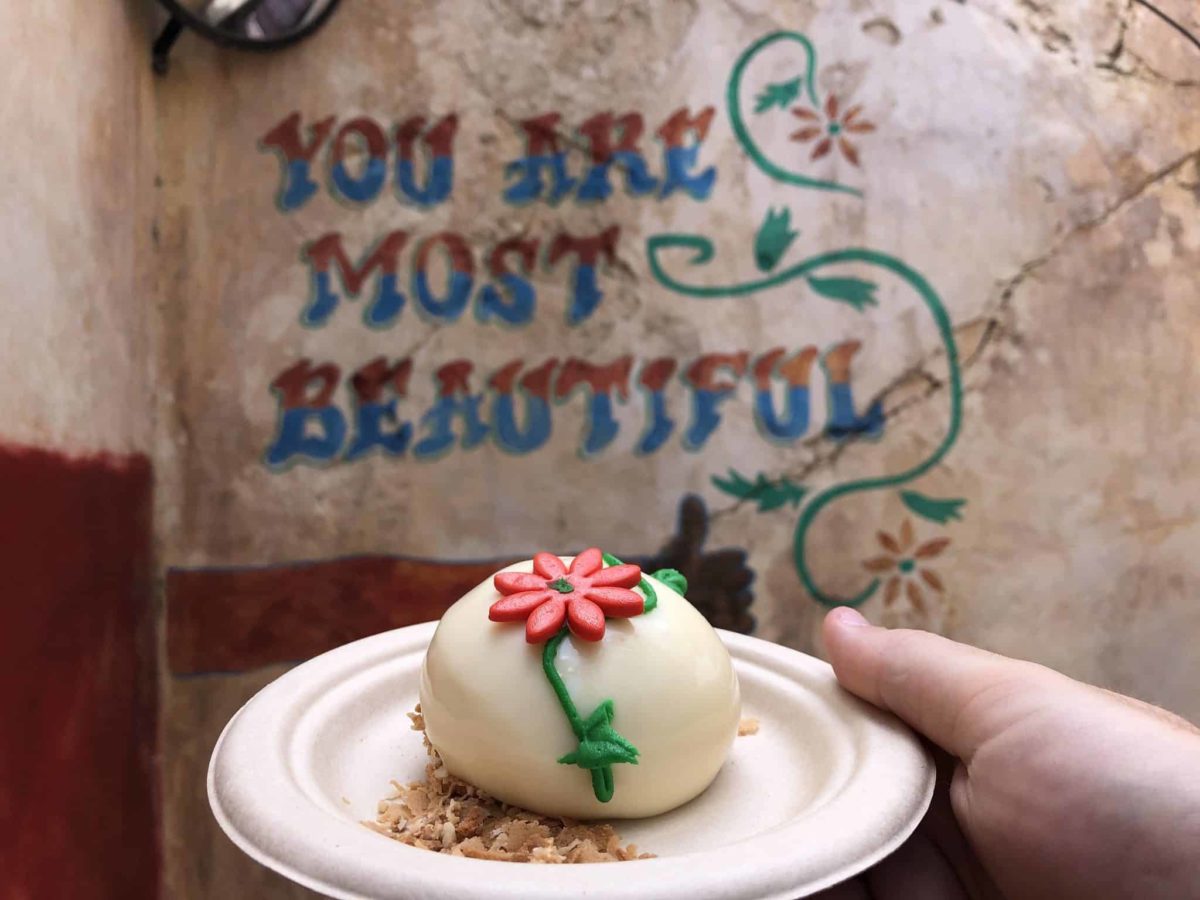 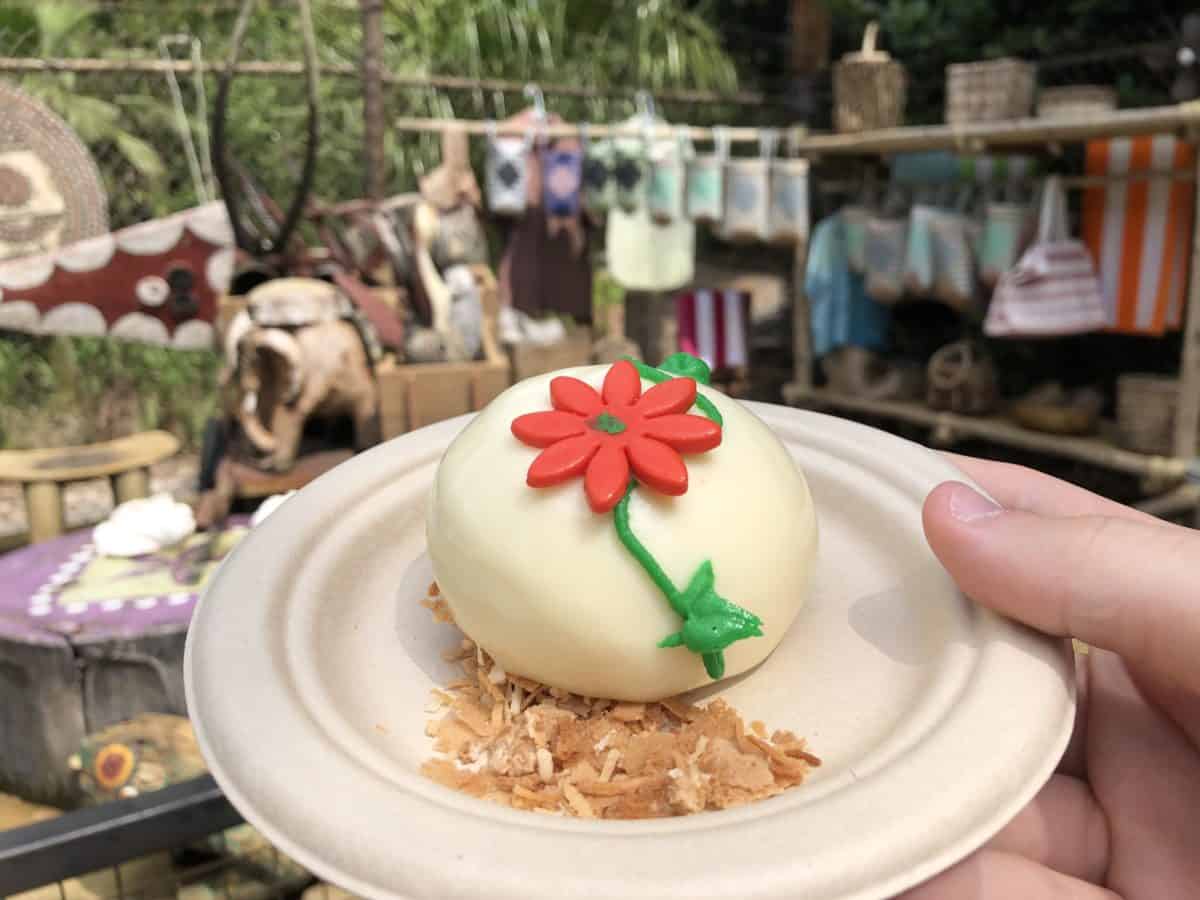 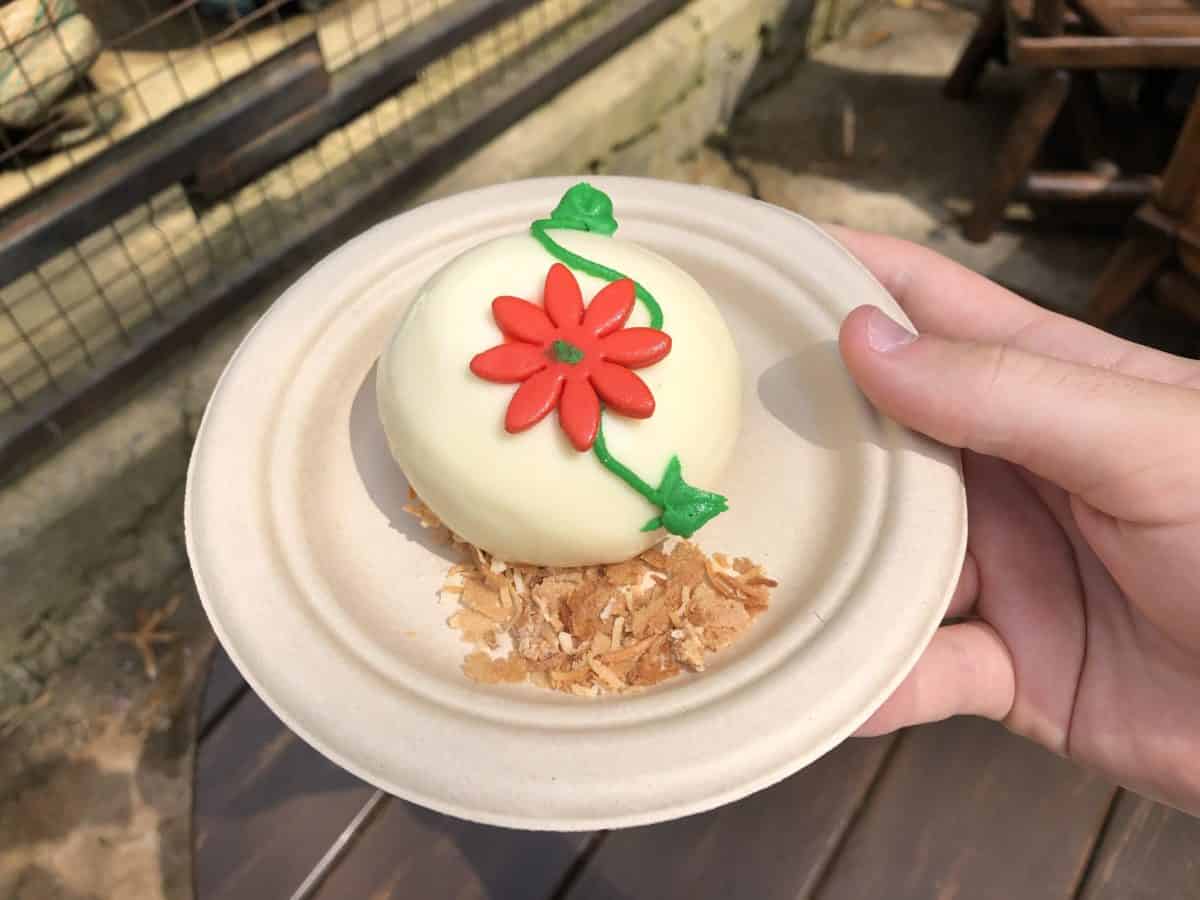 But how did it actually taste? 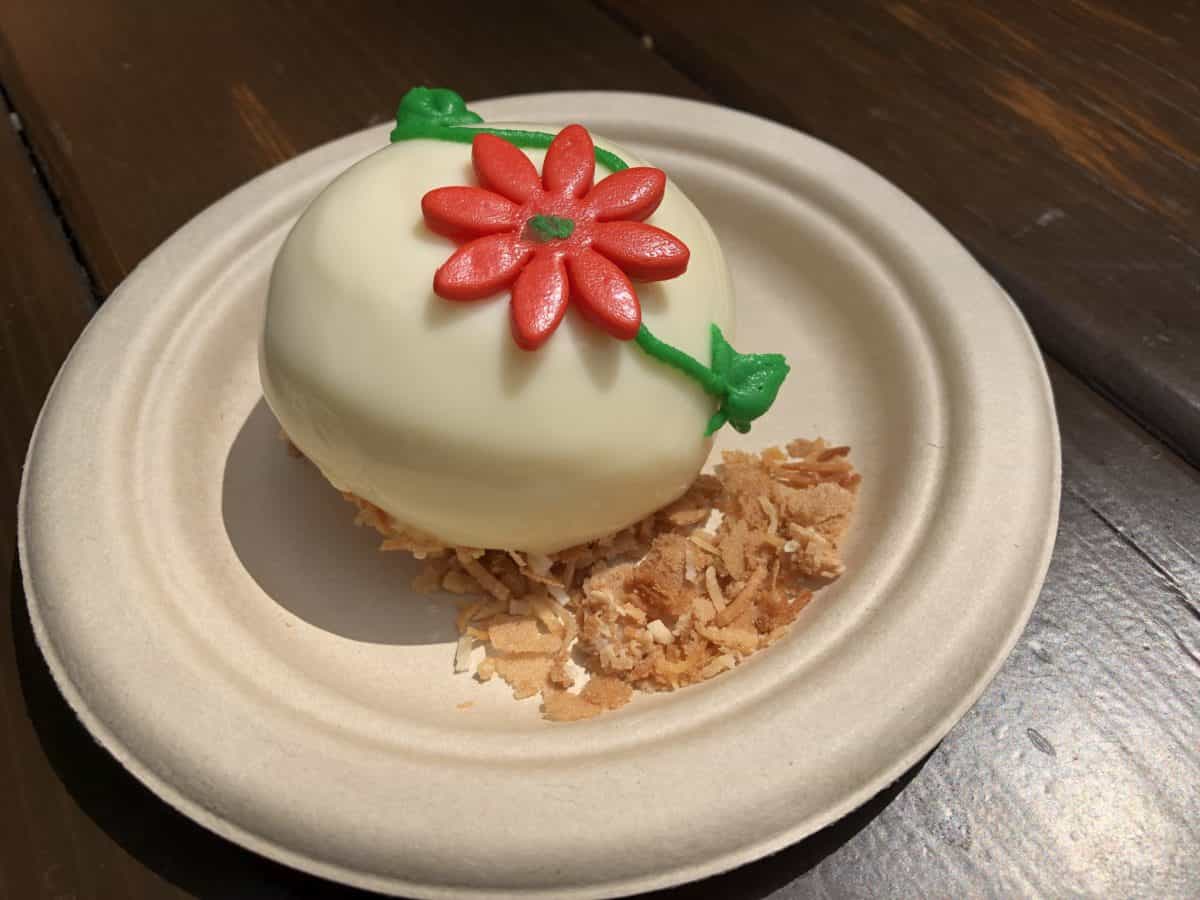 Well, this delicious coconut cake is filled with a tangy pineapple center and topped with creamy coconut mousse and accompanied with coconut crisps. We appreciate that besides the flower and stem, there isn’t much food coloring going on here (unlike most of the desserts over at the Magic Kingdom.)

Akin to a panna cotta, this is a dessert that’s somewhat heavy on the gelatin, with the coconut crisps at the bottom providing most of the flavor (and texture, for that matter.) There’s a thin cake base, and if you eat the cake on its own, the pineapple flavor is definitely present, but eaten together with the coconut mousse, it gets kind of lost. 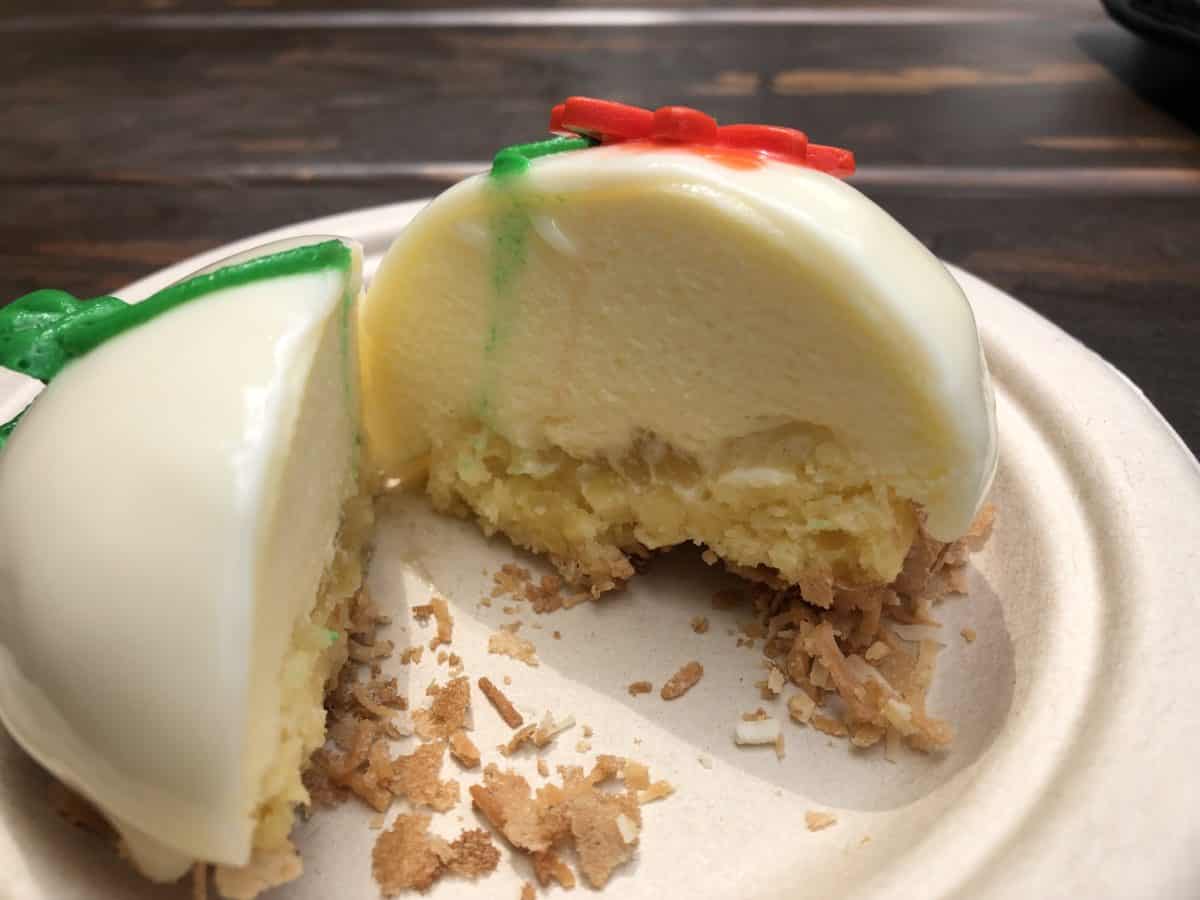 That being said, it actually is a pretty good dessert. It almost tasted like a different take on school bread with the toasted coconut flavor coming through. 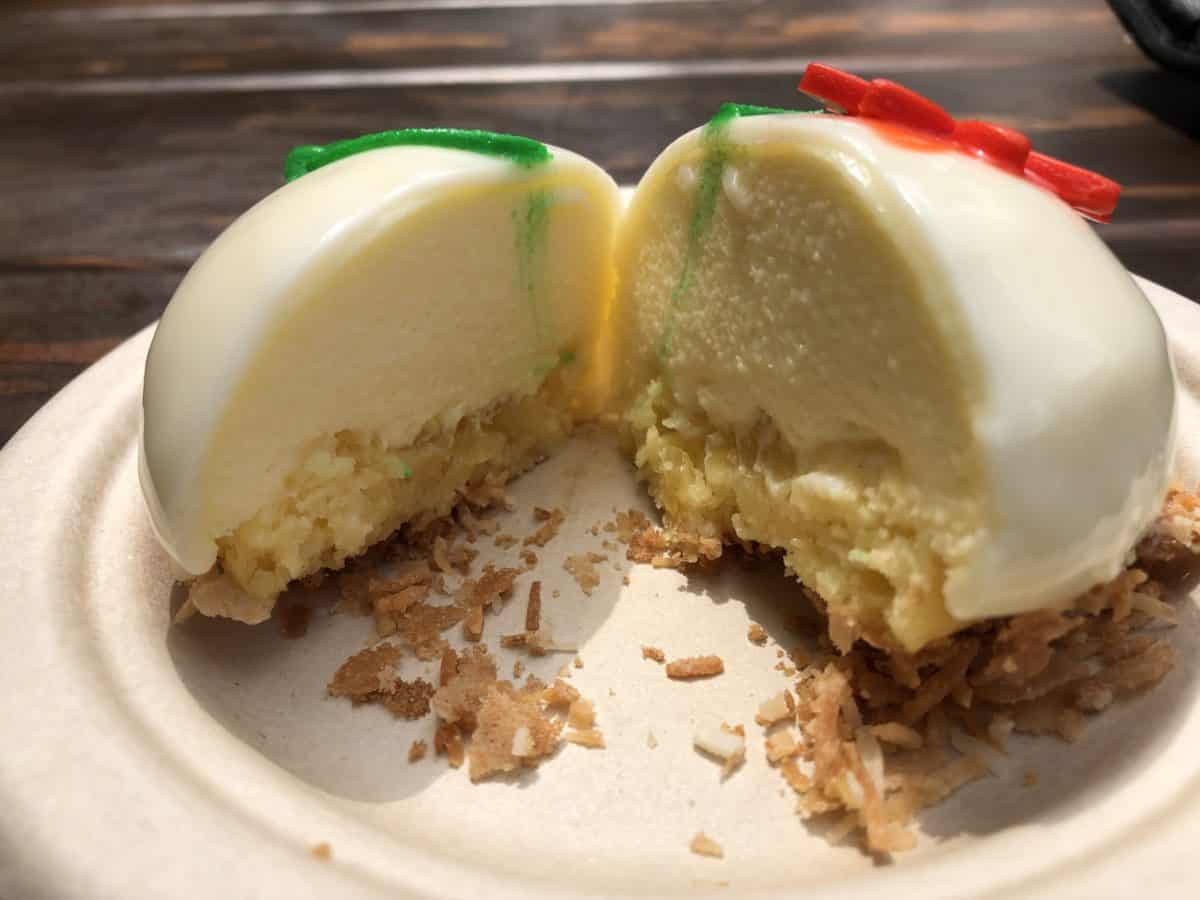 While it isn’t a huge cake, it’s definitely good for the price ($4.99) and we’d probably get it again––if anything, just for the ‘gram.