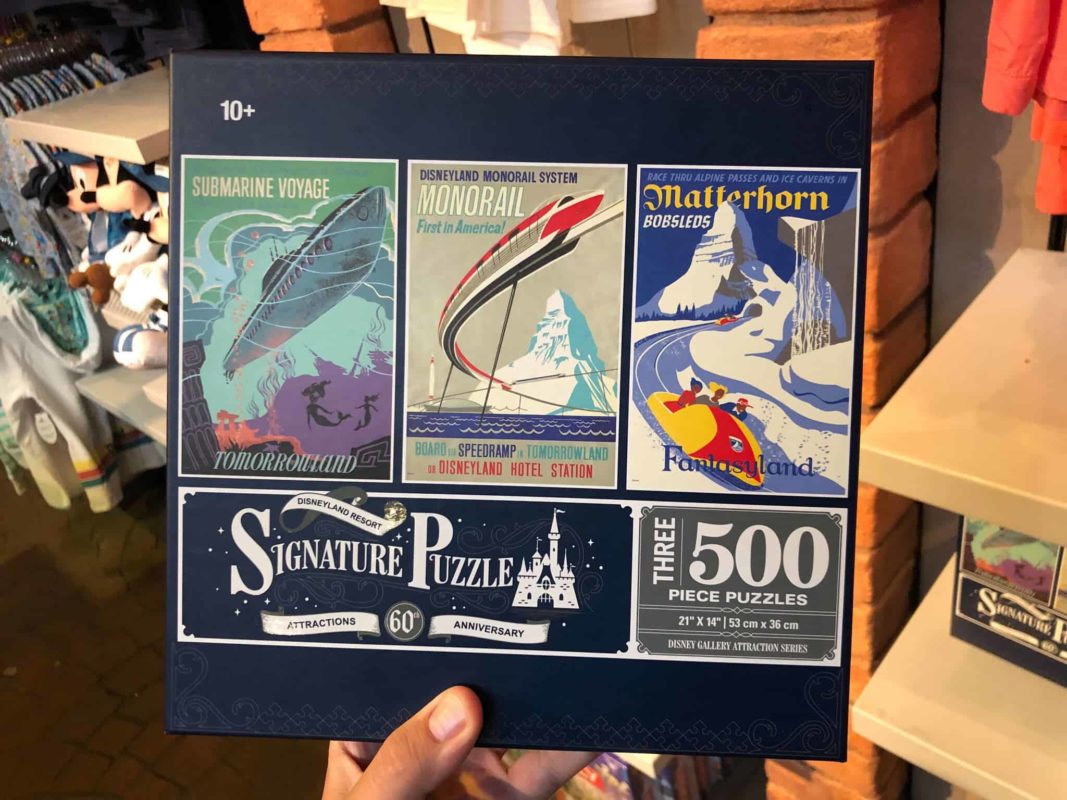 Three iconic Disneyland attractions celebrating their sixtieth anniversary next month are having their posters featured in a new three-puzzle set. We spotted this set at the Gag Factory in Mickey’s Toontown in Disneyland. 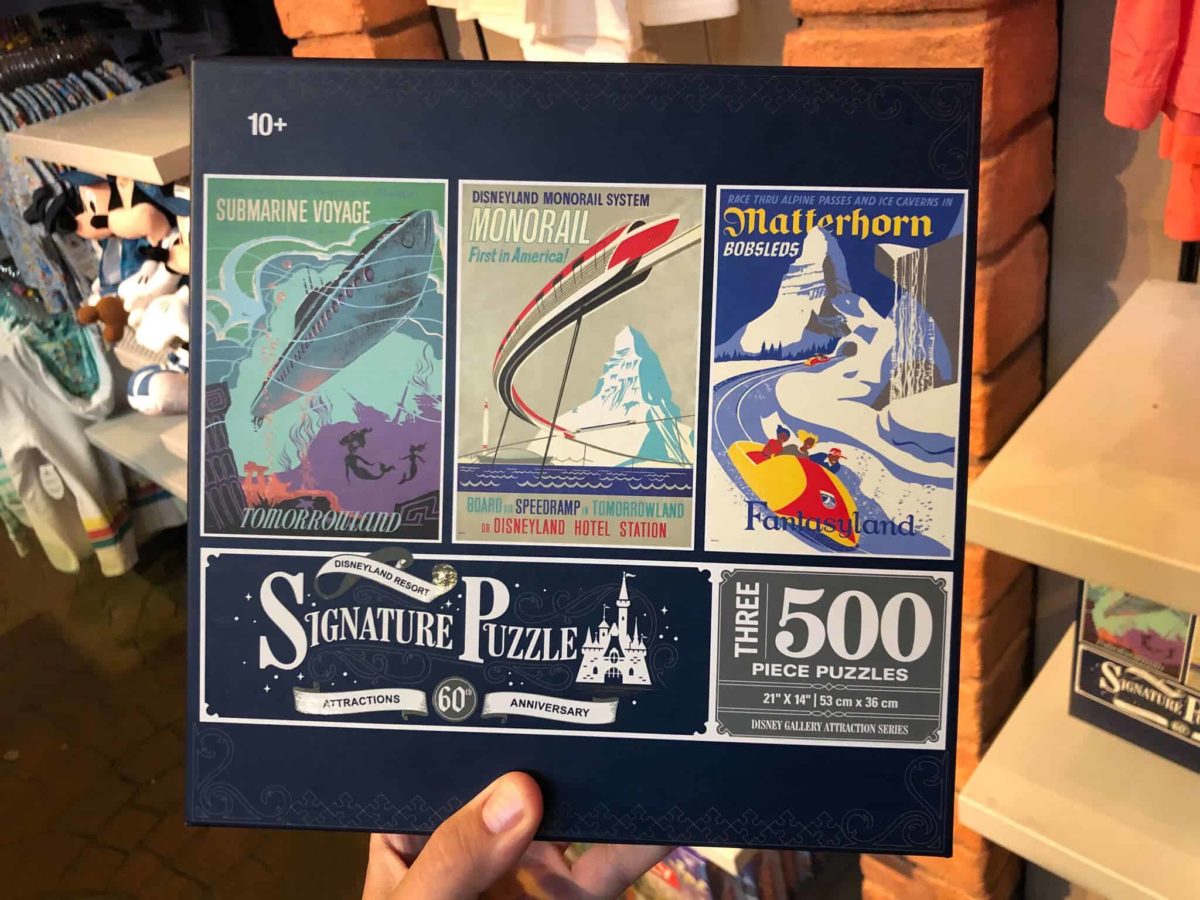 The set, part of the Disney Gallery Attraction Series, consists of three 500-piece puzzles featuring the iconic attraction posters of Submarine Voyage, the Disneyland Monorail, and the Matterhorn Bobsleds. All three attractions opened on June 14th, 1959. The set sells for $21.99. 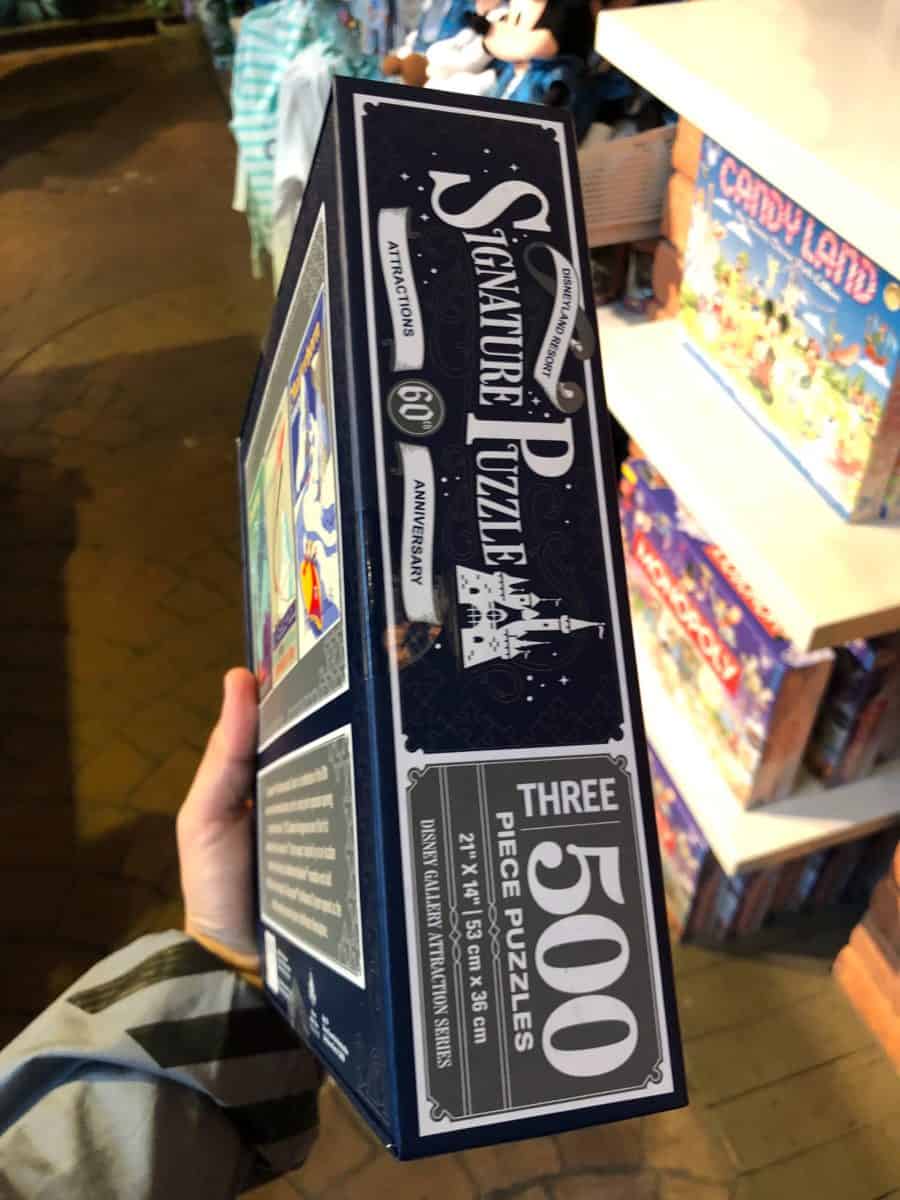 Submarine Voyage closed in 1998 and sat dormant for nearly a decade, before it reopened as the Finding Nemo Submarine Voyage in 2007. The Disneyland Monorail and Matterhorn Bobsleds remain operational to this day. 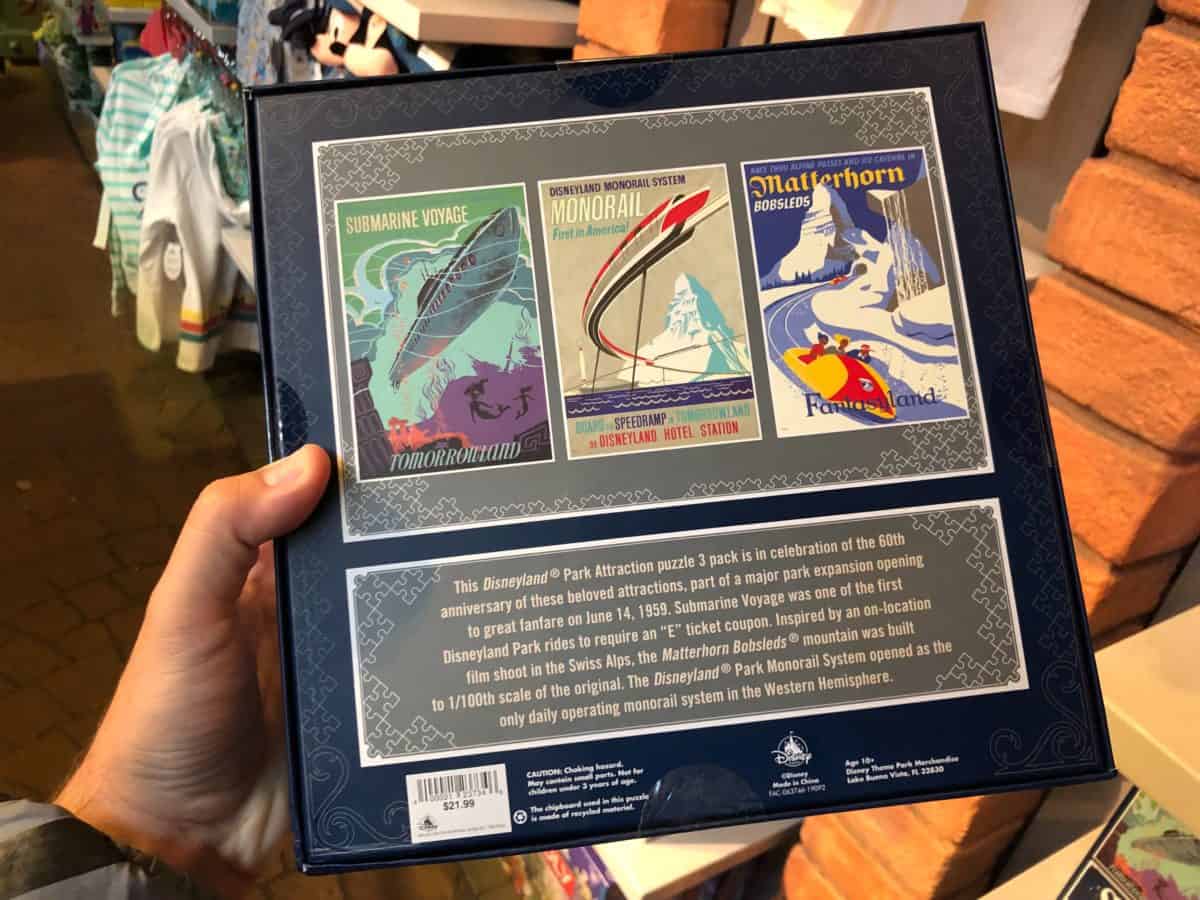 The back of the package features some interesting tidbits about the attractions:

This Disneyland® Park Attraction puzzle 3 pack is in celebration of the 60th anniversary of these beloved attractions, part of a major park expansion opening to great fanfare on June 14, 1959. Submarine Voyage was one of the first Disneyland Park rides to require an “E” ticket coupon. Inspired by an on-location film shoot in the Swiss Alps, the Matterhorn Bobsleds® mountain was built to 1/100th scale of the original. The Disneyland® Park Monorail System opened as the only daily operating monorail system in the Western Hemisphere.

(For those who want a little more, the film that inspired the Matterhorn Bobsleds was Third Man on the Mountain, which also celebrates its sixtieth anniversary later this year.)

So, are you itching to put together the pieces of some Disneyland history? Keep reading WDWNT and Disneyland News Today for news on new merchandise at the Disneyland Resort!