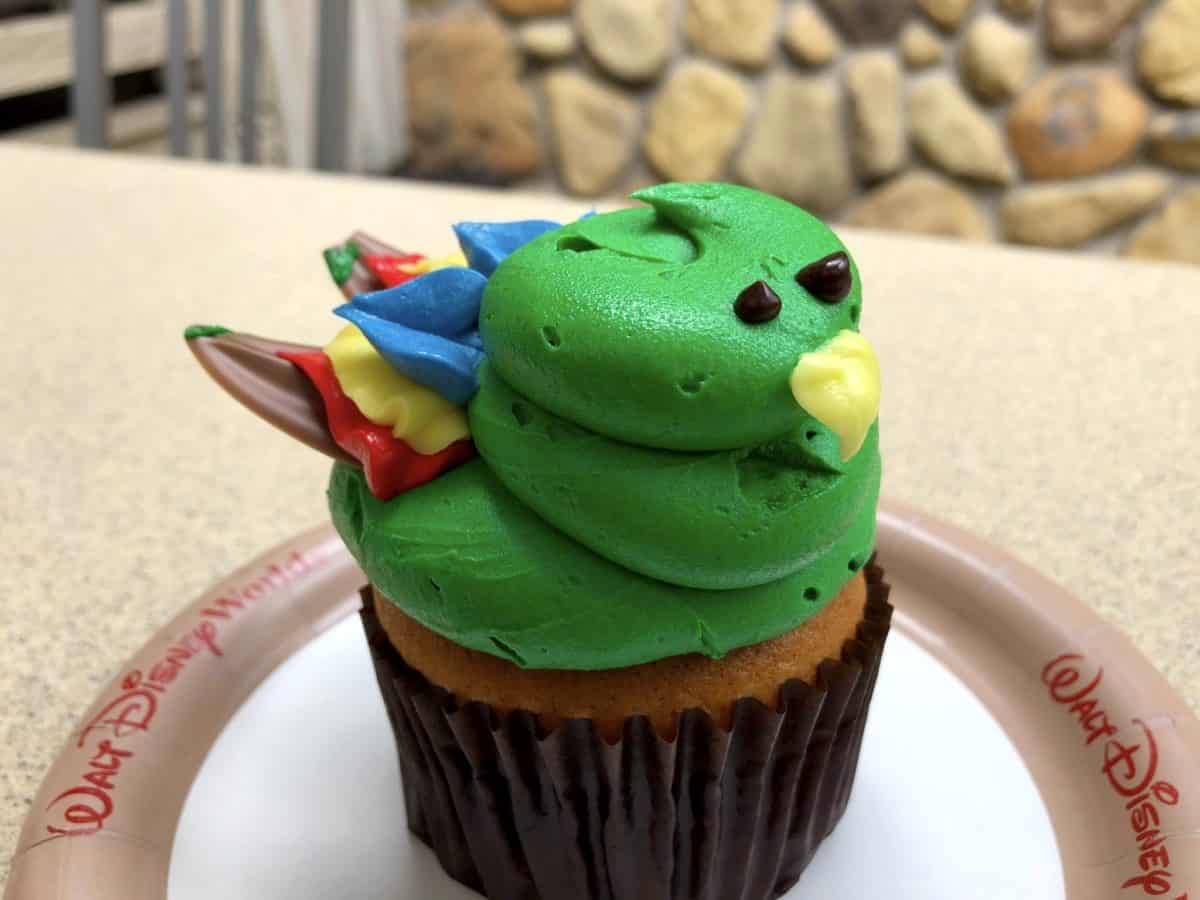 Do you like cupcakes? Do you like birds? Well, have I got the thing for you! The aptly named “Bird Cupcake” just landed in Restaurantosaurus at Animal Kingdom, and it’s actually pretty good. 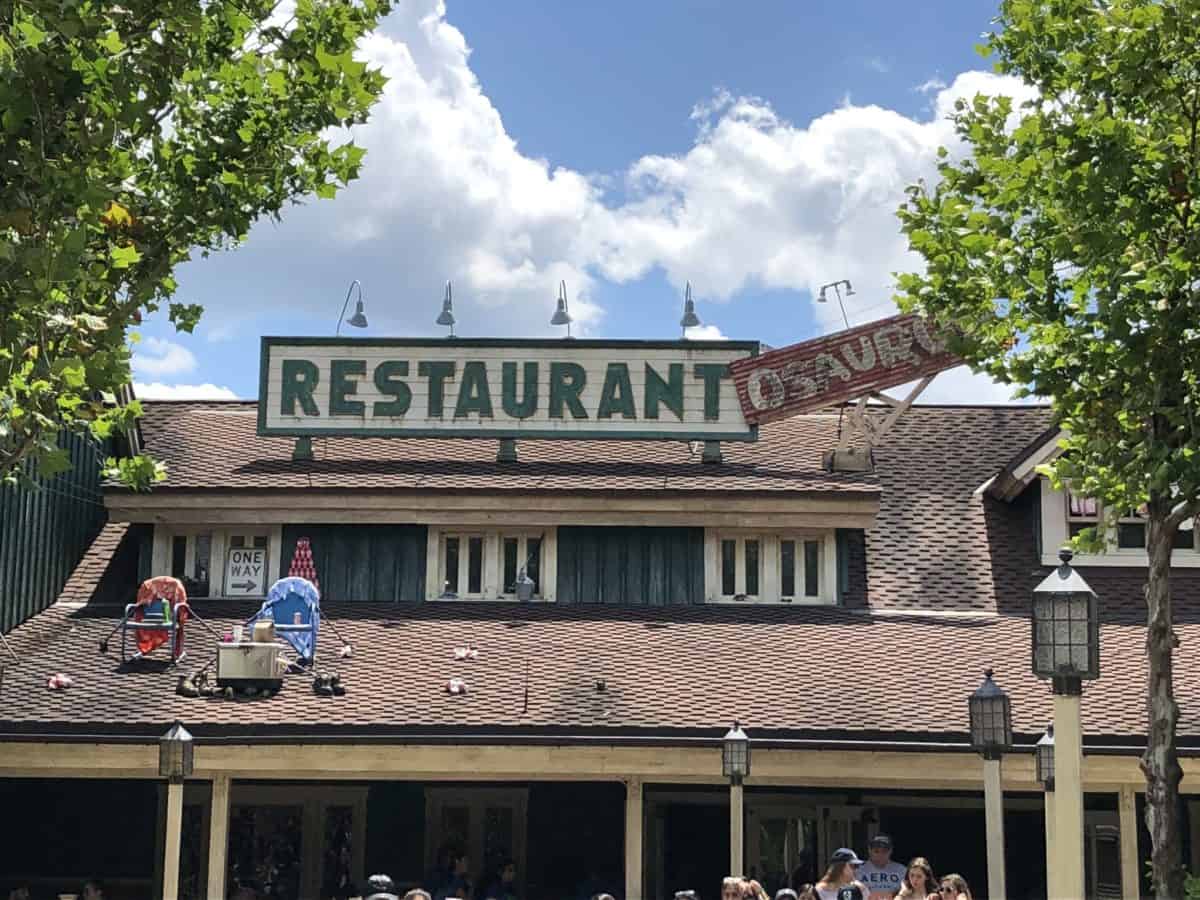 Restaurantosaurus, if you couldn’t tell by the name, is in Dinoland, U.S.A. 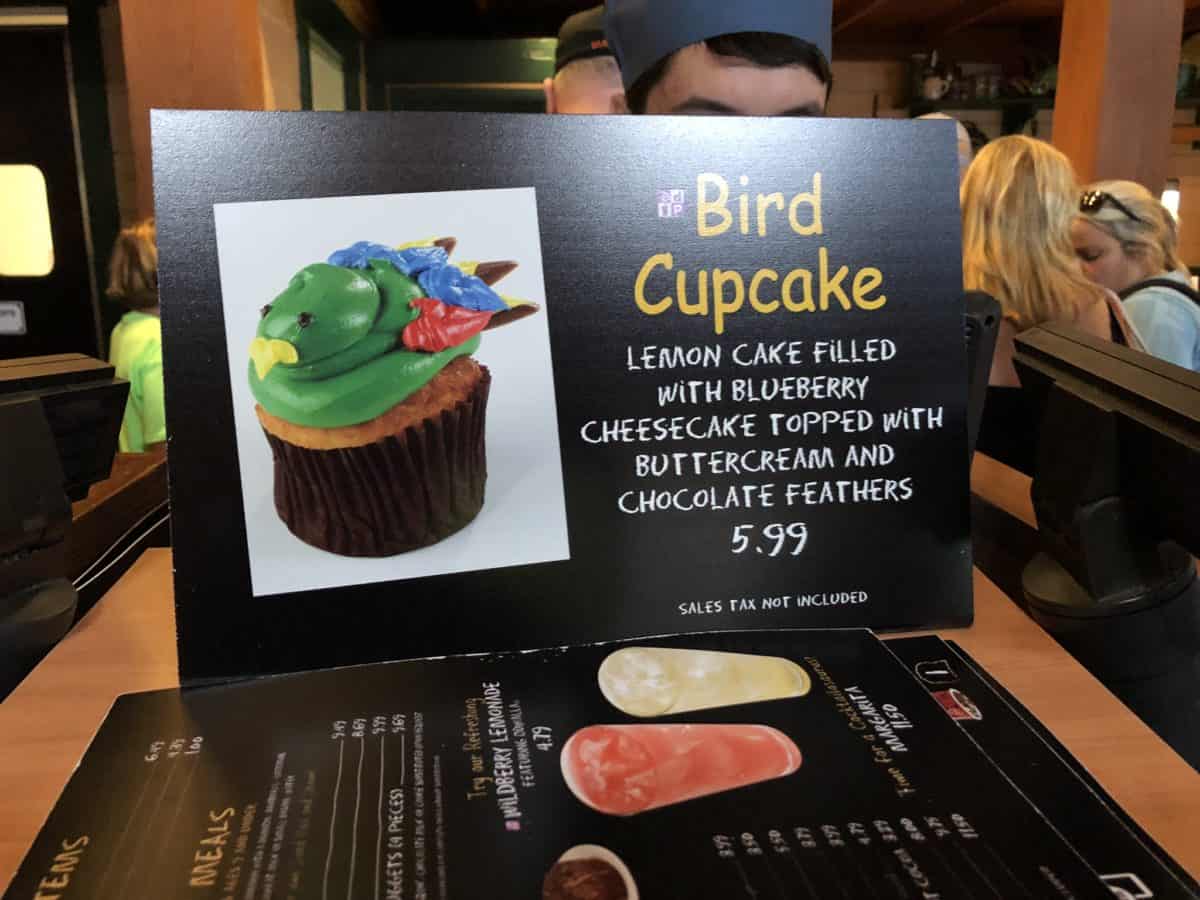 Lemon and blueberry? Just what I need on a hot day in May.

Here he is. My adorable little green bird. It’s so cute, I almost just took it home and adopted it as my son. But alas, I must taste it for this review. I did this for you, people!

He has chocolate and icing tail feathers. He kind of looks like a parrot and a marshmallow peep had a baby.

How does it taste? Well, to paraphrase Monty Python, “the plumage don’t enter into it.” The icing on top may be very cute, but it doesn’t add much in way of flavor, just a bit of sweetness. The chocolate pieces don’t stand out too much, either.

The inside of the cake has a “blueberry” filling. I put that in quotes because it is most certainly artificial blueberry. But honestly, I don’t mind. I thought it tasted quite nice. Overall it’s a very light flavor, without being overly sweet. But I’m also a sucker for lemon cake, so take that into consideration.

I did my best to preserve his facade, but unfortunately he did eventually collapse. 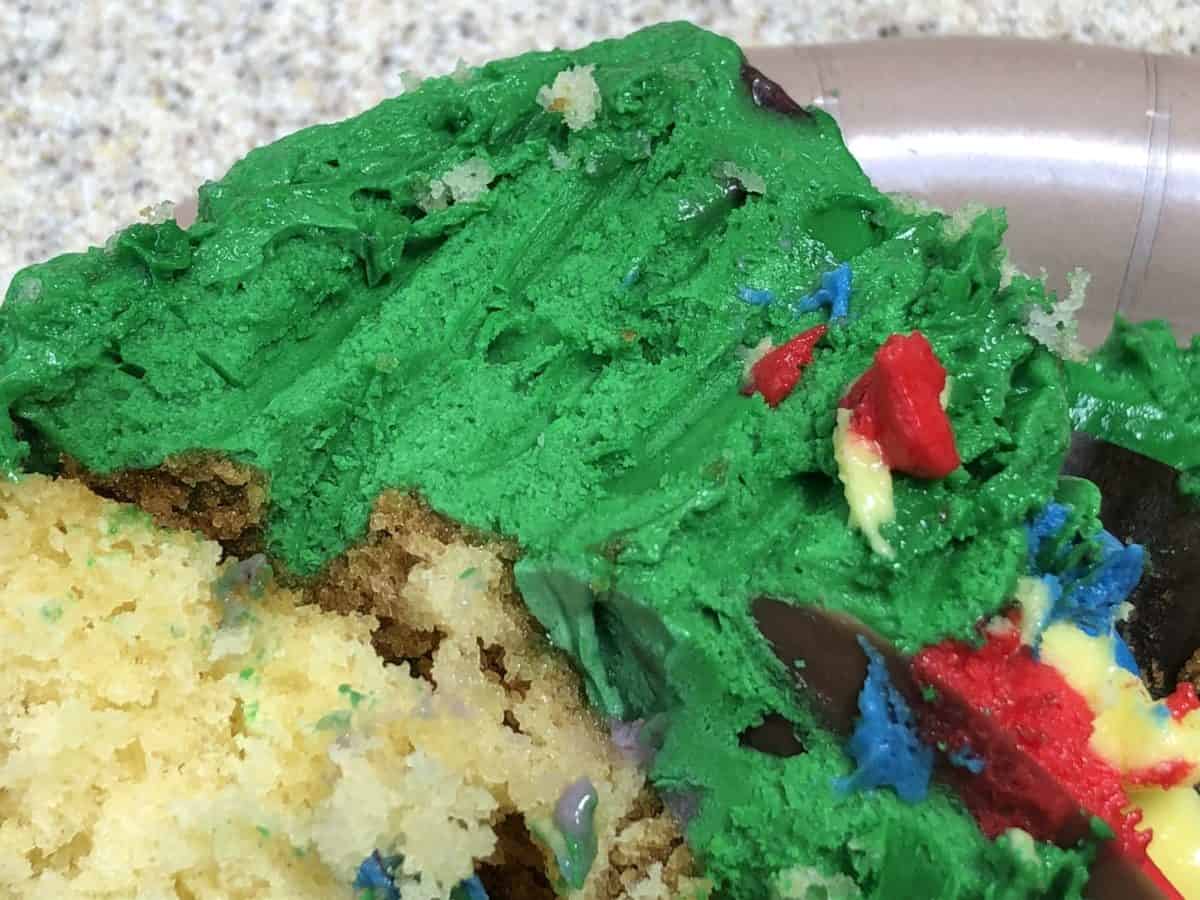 The weirdest part about this whole eating experience is that my cupcake was still almost frozen. There weren’t ice crystals or anything, but it was served cold and the icing was very hard to cut through. The filling at the center was pretty solid as well. It probably just needed 10 minutes in the Florida sun to thaw out a bit.

Other than that, I really enjoyed this little bird. I see this as an absolute win! Definitely better than the last “bird” cupcake they attempted.

You can find him at Restaurantosaurus in DinoLand U.S.A. at Disney’s Animal Kingdom. (And yes, he is available through mobile order. Skip that line!)