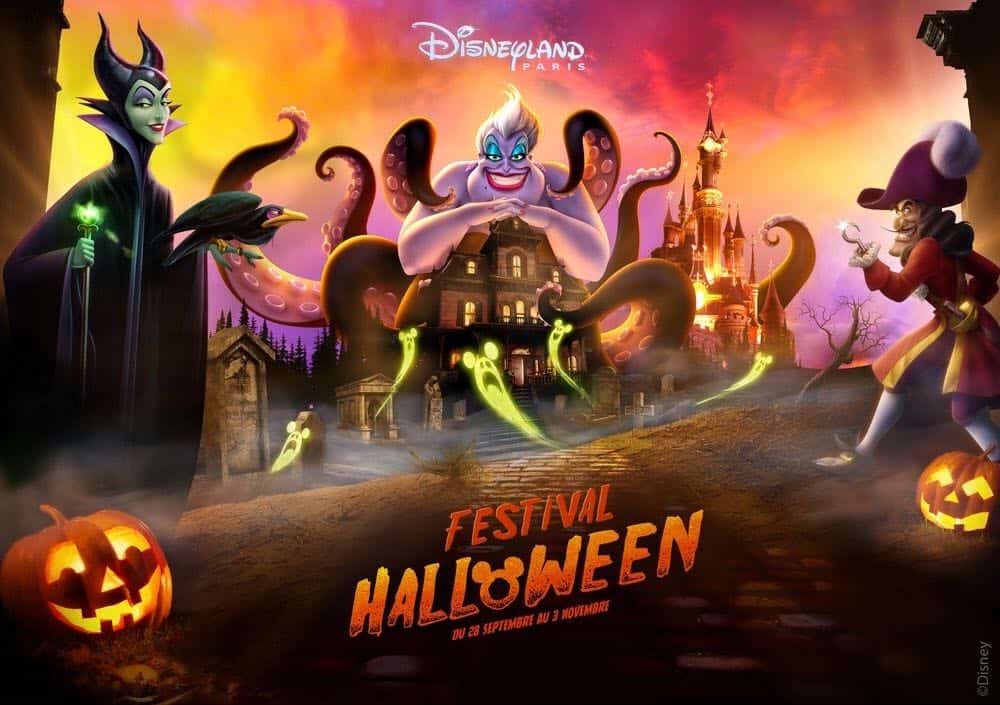 The Halloween season at Disneyland Paris brings an all-new show and updated attractions that will give guests plenty of frights and laughs, as they enjoy the unique atmosphere starting September 28th through November 3rd. This year, Disney Villains will be taking over Disneyland Paris in a new show joined by Ursula, the wicked sea witch. Mickey and Friends will be there too, with a hint of evil about them for guests who dare to brave them.

Mickey and Minnie will be up to their mischievous tricks at Disneyland Paris, taking part in the “Mickey’s Halloween Party” Halloween cavalcade with Donald, his nephews Huey, Dewey, and Louie, Daisy, the Three Little Pigs, and plenty more characters. Guests can also see “Mickey’s Illusion Manor” again, plus Mélanie Ravenswood in her wedding dress, and the frightening zombies from Phantom Manor. 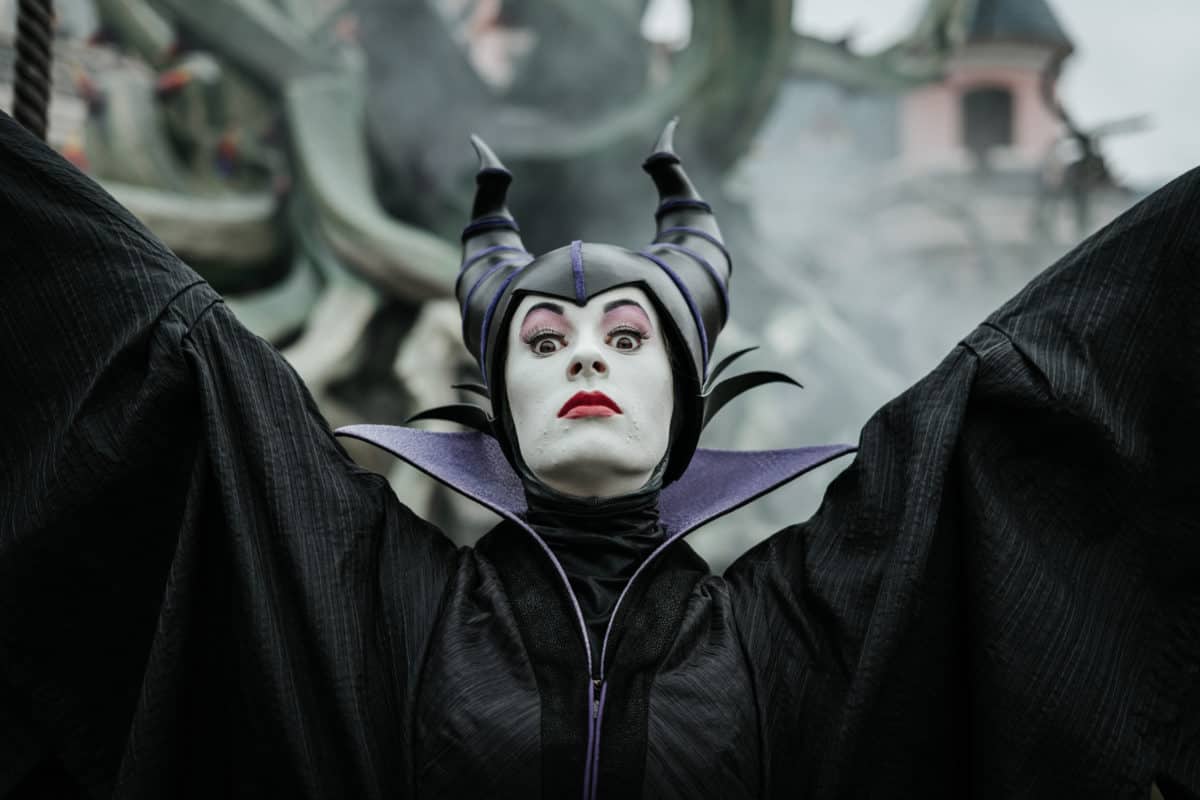 Maleficent will take possession of the Sleeping Beauty Castle Courtyard, receiving the bravest guests for a terrifying meet and greet. Her dragon-like wall of thorns will reach as far as the Sleeping Beauty Castle Theatre.
Lots of Disney characters will be wearing their best Halloween costumes to pose for photos with guests, who can meet Minnie, Stitch and Max in their new costumes, and the Cheshire Cat from Alice in Wonderland.

Guests who like a bit of a fright can put their courage to the test at Phantom Manor. The iconic attraction at Disneyland Paris has re-opened after the biggest renovation project in its history, with plenty of surprises in store for guests on a mysterious and fascinating tour, and ghosts and spirits at every turn. Fans of thrills and spills will also enjoy a new version of The Twilight Zone Tower of Terror, the top attraction at Walt Disney Studios and a scene of breathtaking drama. 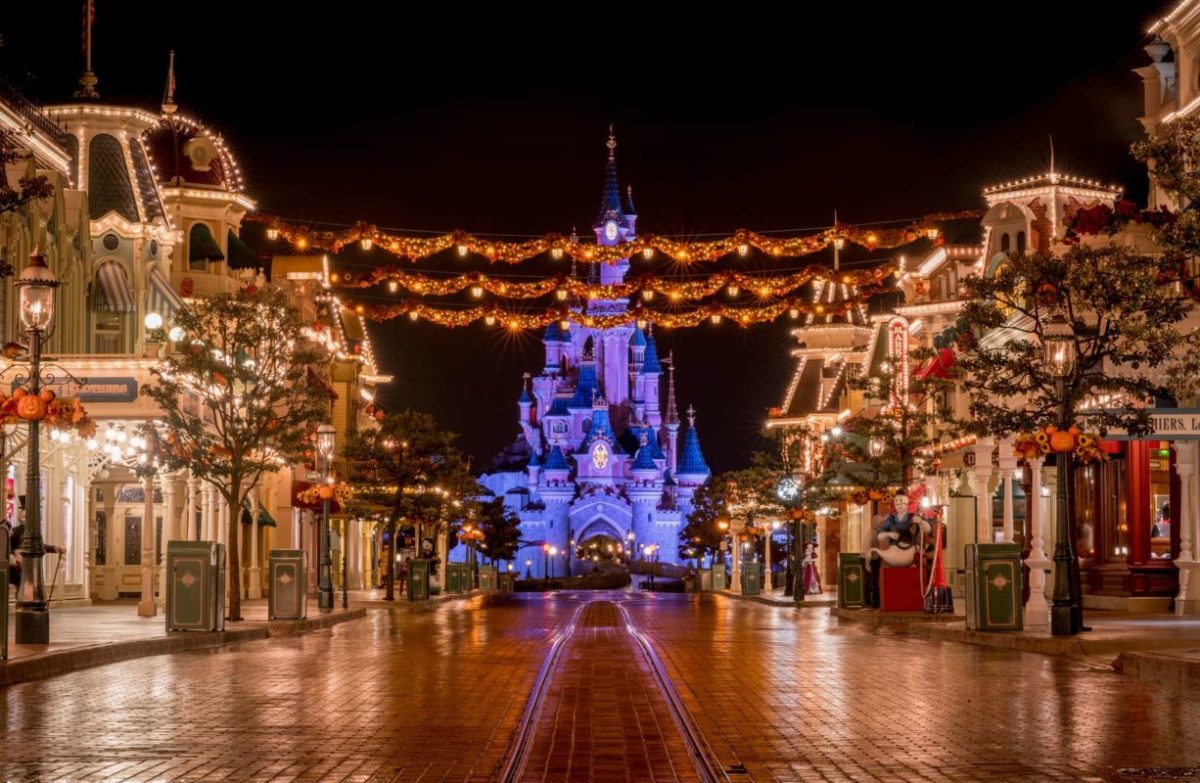 The spirit of Halloween will take hold of Disneyland Paris, from Main Street, U.S.A. to Sleeping Beauty Castle. Pumpkins and ghosts will be around to amuse guests in a wickedly colorful atmosphere to suit the season.

Which spooky offerings are you most excited for? Follow WDWNT for the latest on Disney Parks news!