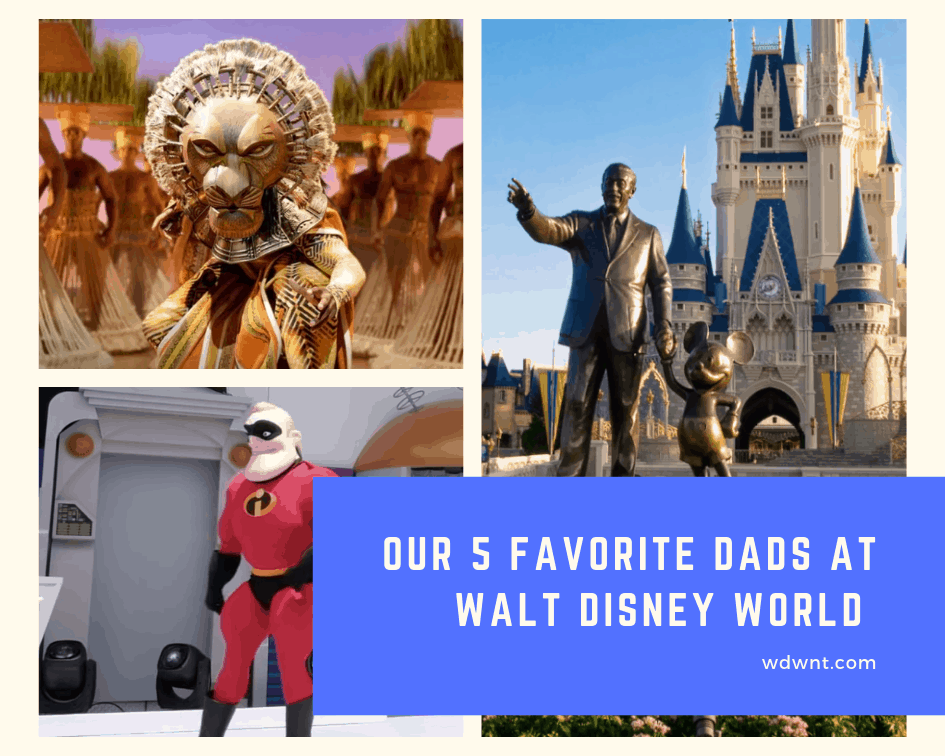 In celebration of Father’s Day this year, we thought it would be fun to highlight some of our favorite dads found around the parks at Walt Disney World. Though there are many lovable Disney dads, here are our top 5: 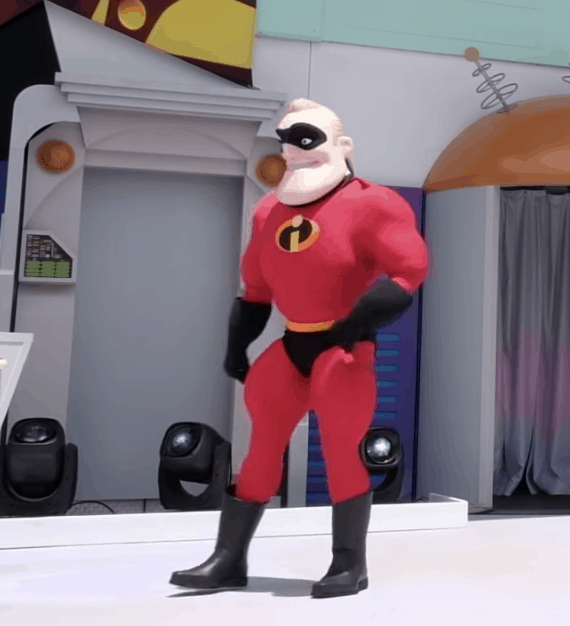 Okay, we admit that giving your toddler an endless supply of cookies to calm him down isn’t exactly the way to earn a “Father of the Year” award. But look, despite Bob Parr’s imperfections, he still made our list of top 5 dad’s at Disney World because despite everything that goes wrong, Mr. Incredible always works to make things right. He works at supporting his wife in her career, he stays up until the early hours of morning to help his son with school, he takes on the responsibilities of caring for a toddler, and he tries to help his teenage daughter find her strength and personal voice. So despite his imperfections, in the end, Bob Parr does a pretty good job caring for and loving his family and we think that makes him, well, pretty incredible. You can find Mr. Incredible and the whole Parr family at the “Celebrate with the Incredibles” show at Hollywood Studio’s Pixar Place. 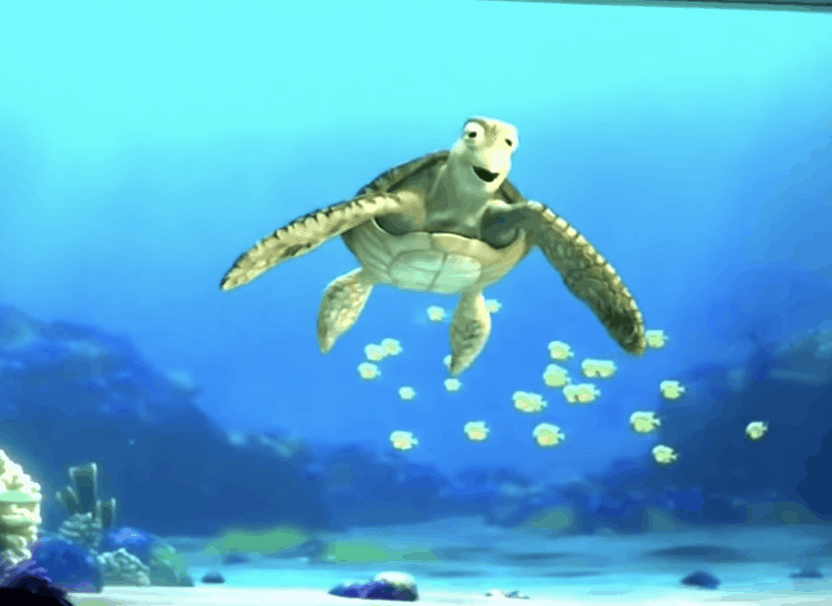 Dude! Our list of Disney World’s top 5 dads wouldn’t be complete without Crush (not to be mistaken with “Mr. Turtle”). This surfer-style dad may have a laid-back vibe, but when it comes to being dad to son Squirt, he’s far from unconcerned. During their time helping Marlin on his journey, tiny Squirt finds himself outside the East Australian Current (the “EAC”). Marlin’s instant reaction is to rush to save the tiny turtle, but Crush has a different reaction altogether. Instead, Crush knows that if Squirt is ever going to learn to take care of himself, he has to learn to solve his problems on his own. But that doesn’t mean that Crush wouldn’t have jumped in if the danger had become more of a threat. It’s this ability to teach his son self-sufficiency that gives Crush a well-deserved spot on our list. Make your way over to Epcot’s “Turtle Talk with Crush” to hang ten and catch some laughs with our favorite shell-shreddin’ dad in the Big Open Blue.

Hearing the name Mufasa might cause you to shudder and tingle if you’re a hyena, but for those of us on the other side of Pride Rock, Mufasa is the name of a patient, kind, and loving father who’s worthy of being counted in the stars amongst the great kings of past. We first see Mufasa show what kind of father he is when, even as a busy ruler over a large animal kingdom, he takes time to teach and play with his son. During one such time spent together, Mufasa 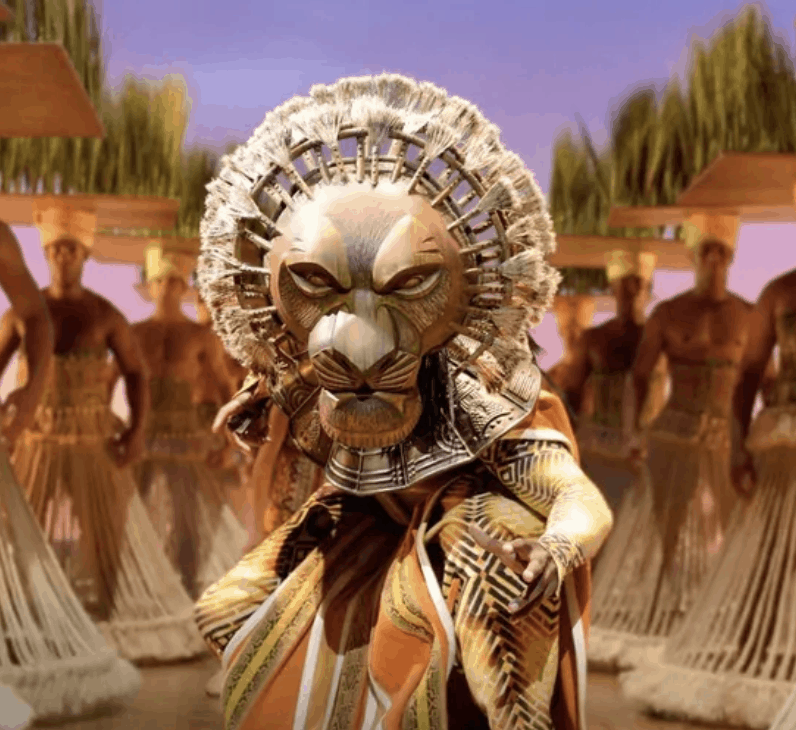 teaches the young, inexperienced Simba that being king isn’t only about getting your way and being powerful. Rather, he explains to the cub prince that even when we find ourselves in positions of power and authority, you must always remember your place within the balance of things and that kindness and respect should always be given to those in even the lowliest of places.

“Everything you see exists together in a delicate balance. As king, you need to understand that balance and respect all the creatures, from the crawling ant to the leaping antelope.”

Not only did Mufasa believe in serving his kingdom to the best of his abilities, but he was most especially willing to serve his son. Right down to his last moments, he gave the ultimate sacrifice of his life in order to save that of his son’s.  Don’t miss out on witnessing Mufasa’s greatness for yourself at Animal Kingdom’s Festival of the Lion King stage show.

Our list just wouldn’t be complete without the goofiest dad of all: Goofy himself! In Disney’s “A Goofy Movie”, Goofy is his normal, accident-prone self, and son Max certainly doesn’t want to be associated with a dad who makes him look so “uncool”. After Max gets into some trouble at school and wants to distance himself from his dad’s constant source of embarrassment, Goofy decides to take Max on a trip for some quality father-son bonding time. And in true Goofy fashion, everything that could go wrong does. Max finds all these mishaps to be completely horrifying at first but eventually comes to see that for as embarrassing and goofy as his dad can be, Goofy’s also a dedicated father who’s willing to go to any length to help his son be happy and succeed. Goofy’s example reminds us that while we can’t choose who our family members are, we can choose to accept the love they give and show it back in return. Our favorite Goof can be found in various places around the parks, including at character dining spots such as Chef Mickey’s, Cape May Cafe, and The Tusker House (among others). You can also find Goofy at character meet locations such as Pete’s Silly Side Show or the Epcot Character Spot.

With all the parks, movies, and more, it can be easy to forget that it was all started by a man; a man who had a wife and family of his own. Yes, Walt Disney was a tremendous creator, inventor, businessman, and leader, but for as much dedication as he showed his personal pursuits, he was also a highly dedicated family man. In an interview with Oh My Disney, Diane Disney Miller, Walt’s daughter, told of Walt’s dedication to spending time with his daughters: 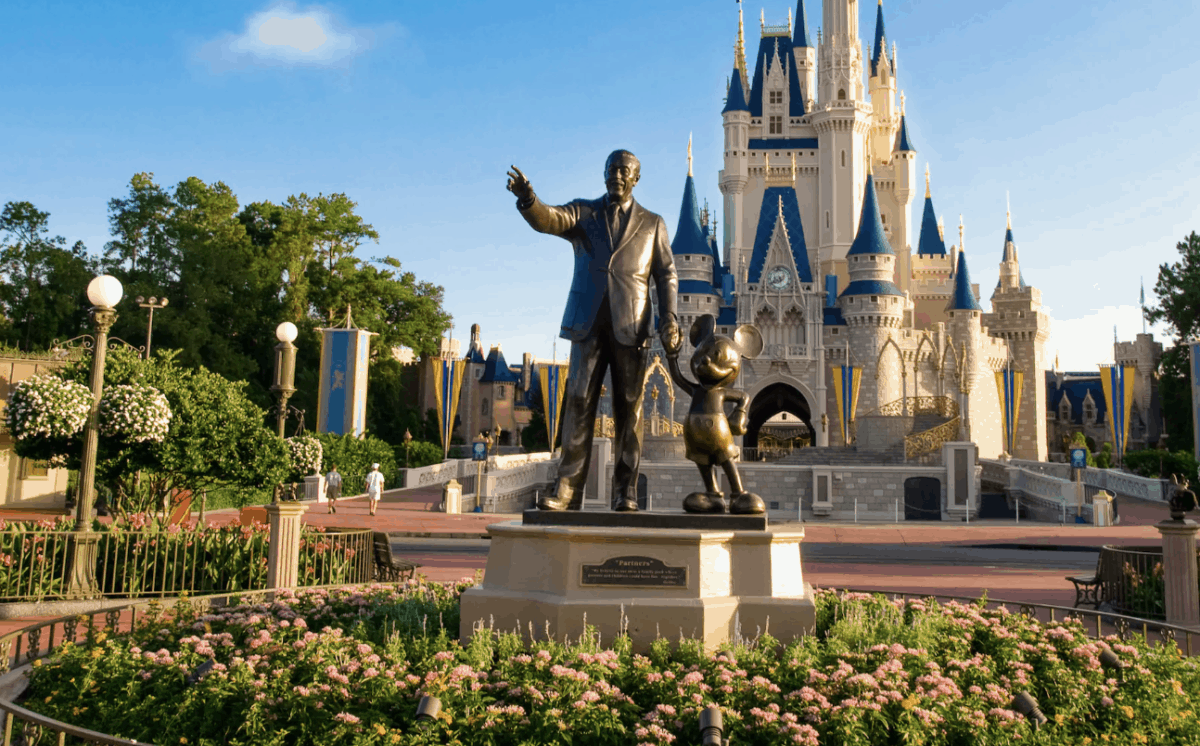 “When my sister and I were small, Dad would pick us up every Sunday after Sunday school and we’d go somewhere — to Griffith Park, ride the merry-go-round, go to the zoo — and then on to the Studio. Saturday or Sunday was what he called “Daddy’s Day.”

Walt himself explained his view on the importance of family when he said,

“The important thing is the family. If you can keep the family together- and that’s the backbone of our whole business, catering to families- that’s what we hope to do.”

“The important thing is the family”. Family came first. And it’s for this example that Walt Disney is our top pick of the top 5 dads found at and around Walt Disney World. To learn more about Walt Disney the man and father, take some time during your next visit to Disney World to stop into Hollywood Studio’s oft-overlooked attraction “Walt Disney Presents“.

To all the dads who may not be featured in a film or theme park attraction but are still stars in their own right: Happy Father’s Day!

What other fathers found at the parks at Disney World would you add to our list?

1 thought on “Our Five Favorite Dads at Disney World”