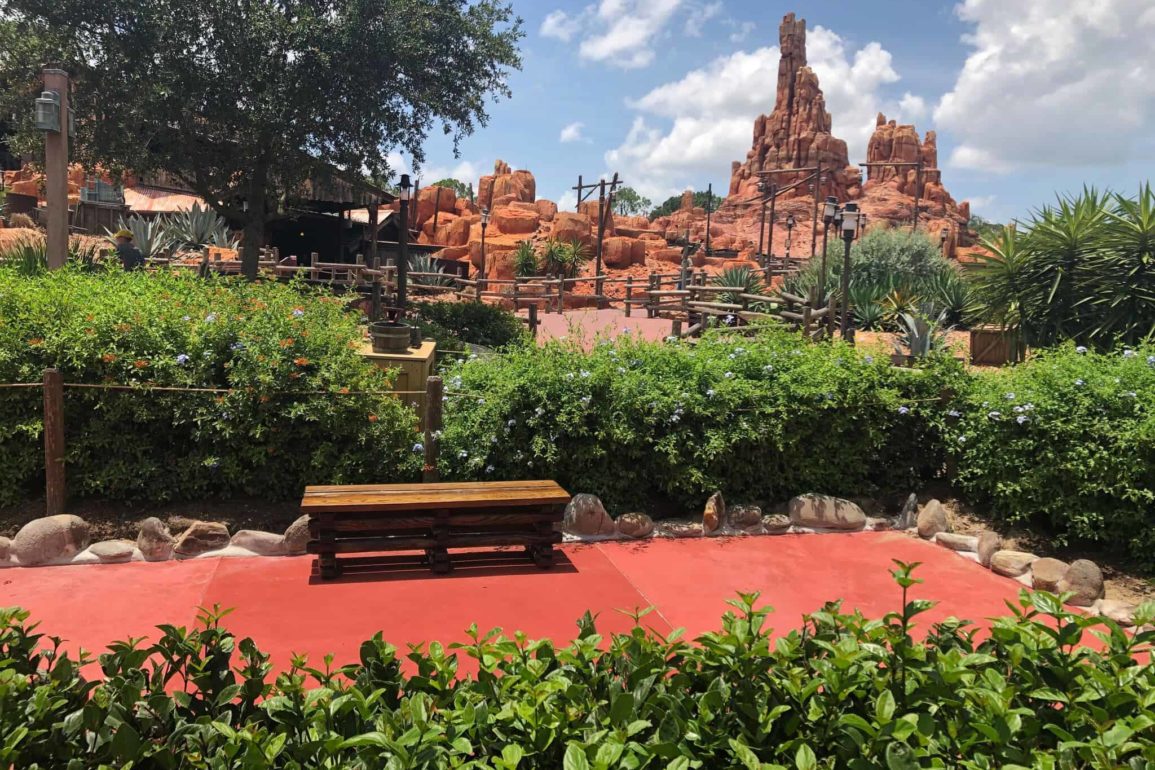 PHOTOS: Benches Added to Newly-Reopened Miner’s Cove in Frontierland at the Magic Kingdom

Let there be benches! Earlier today, we reported on the new pavement that had recently been laid over at Miner’s Cove, the former smoking section just outside of the exit to Big Thunder Mountain Railroad. 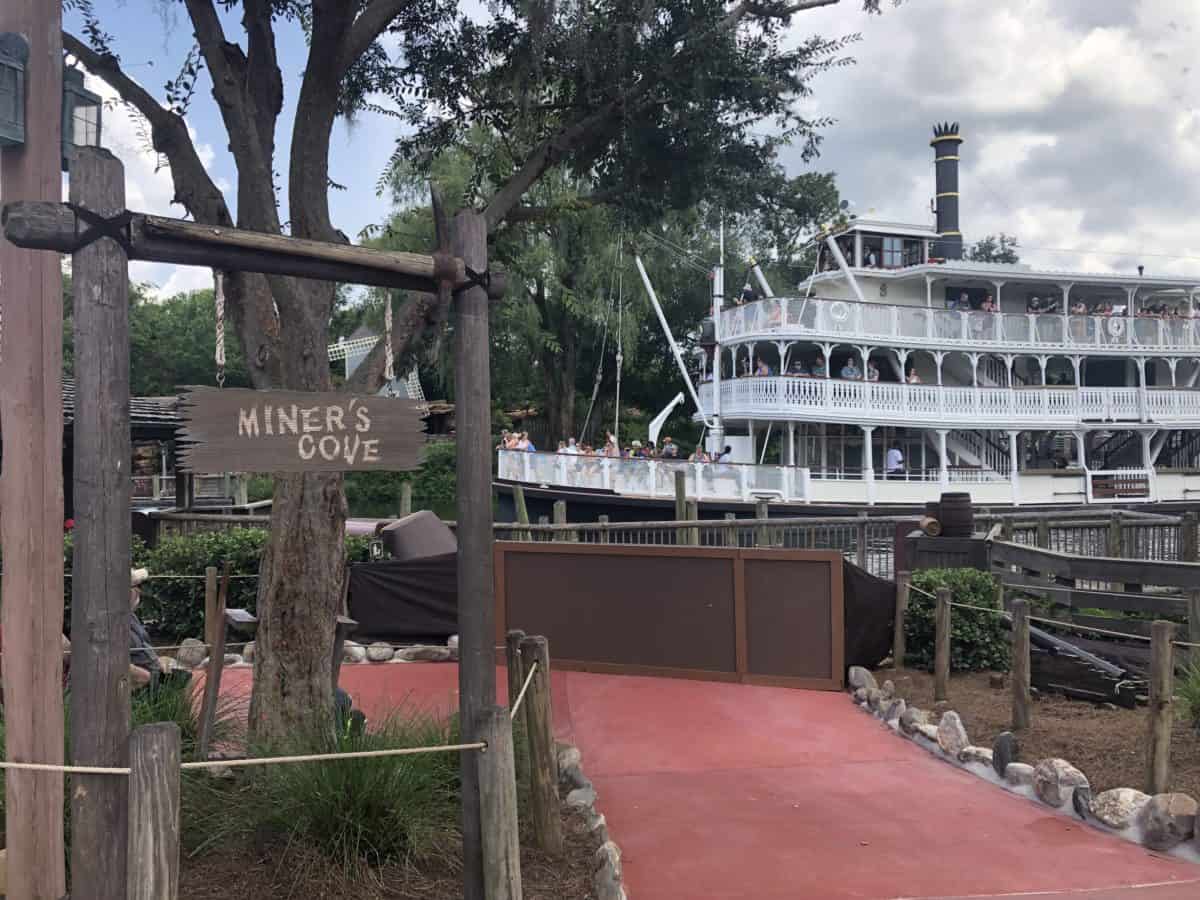 At the end of the post, we hoped for there to be benches added to this serene and scenic space once it opened, and lo and behold, here they are: 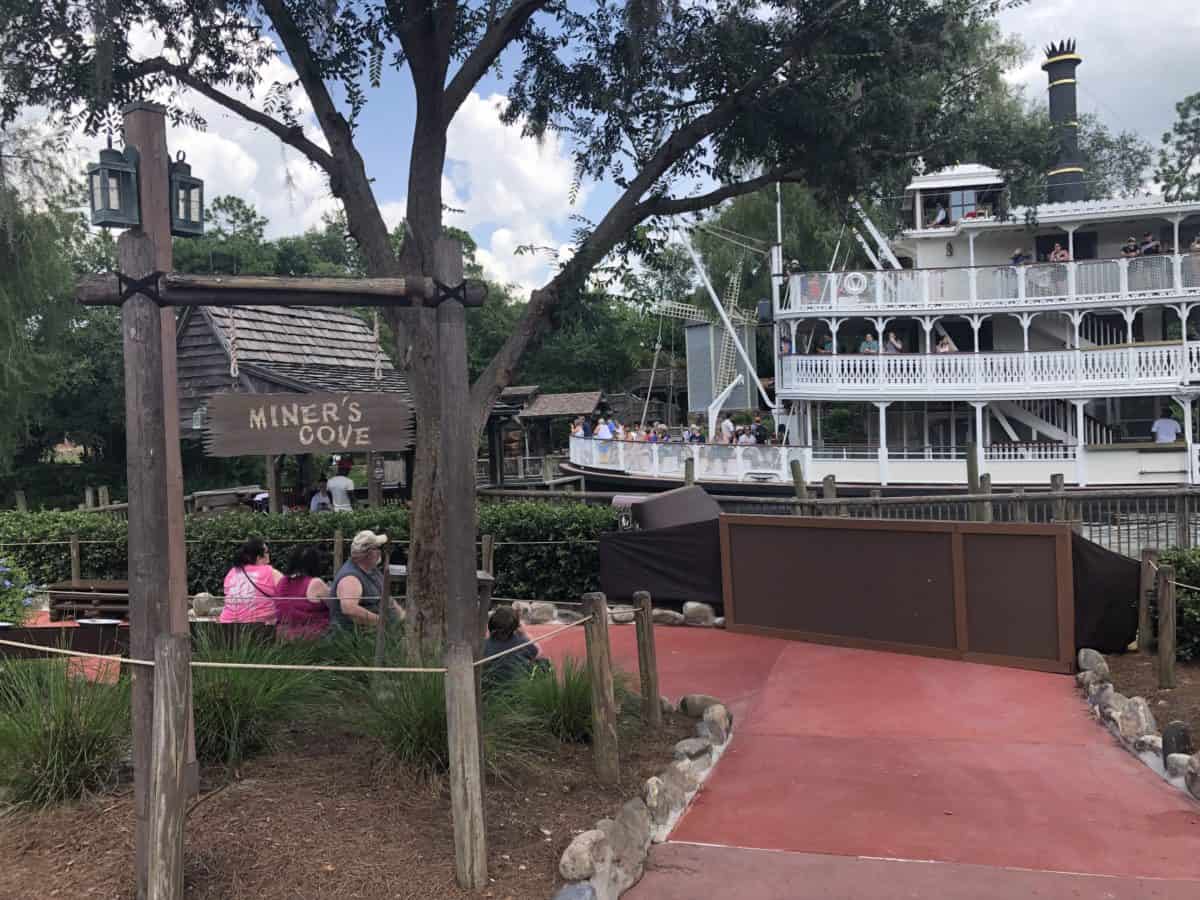 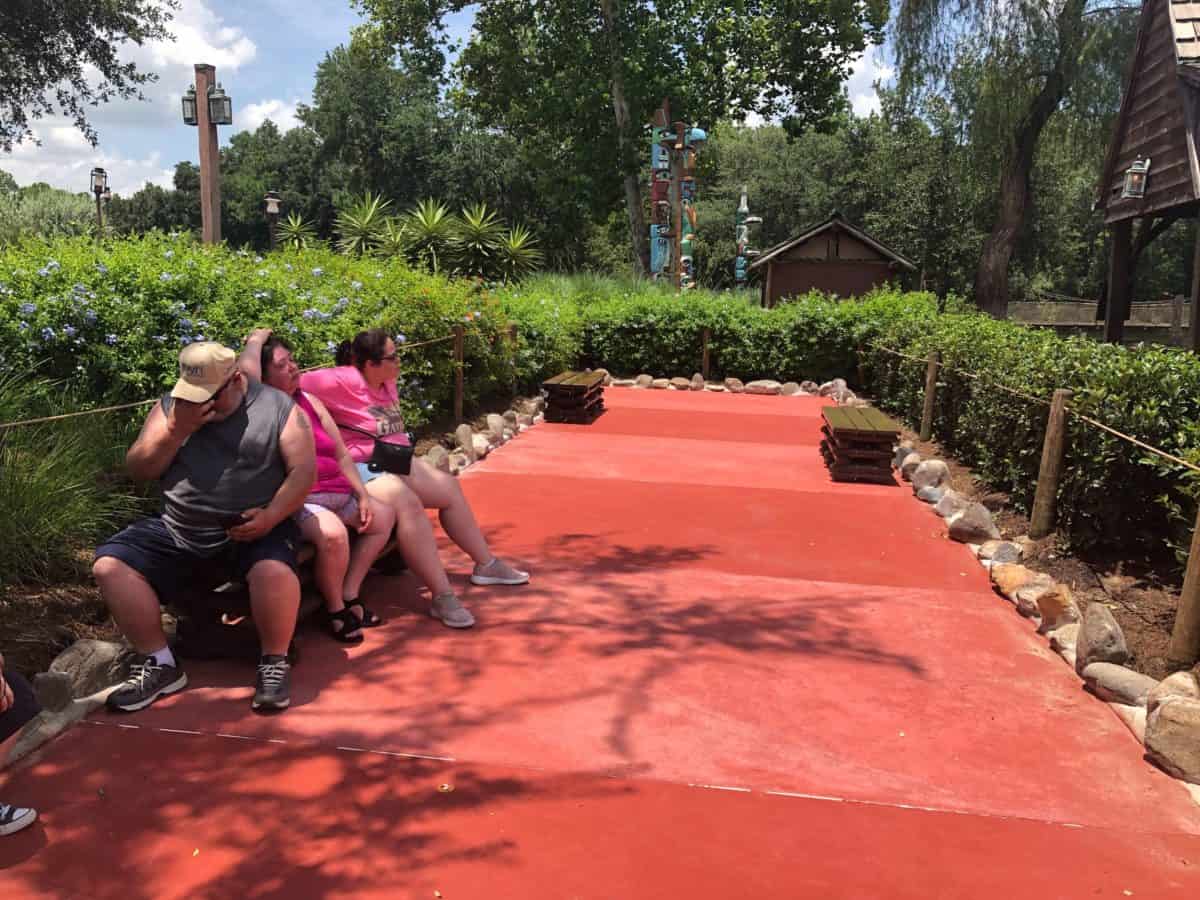 Miner’s Cove is now a newly-opened seating space, with a whopping total of three (3) benches, out in the merciless sun. 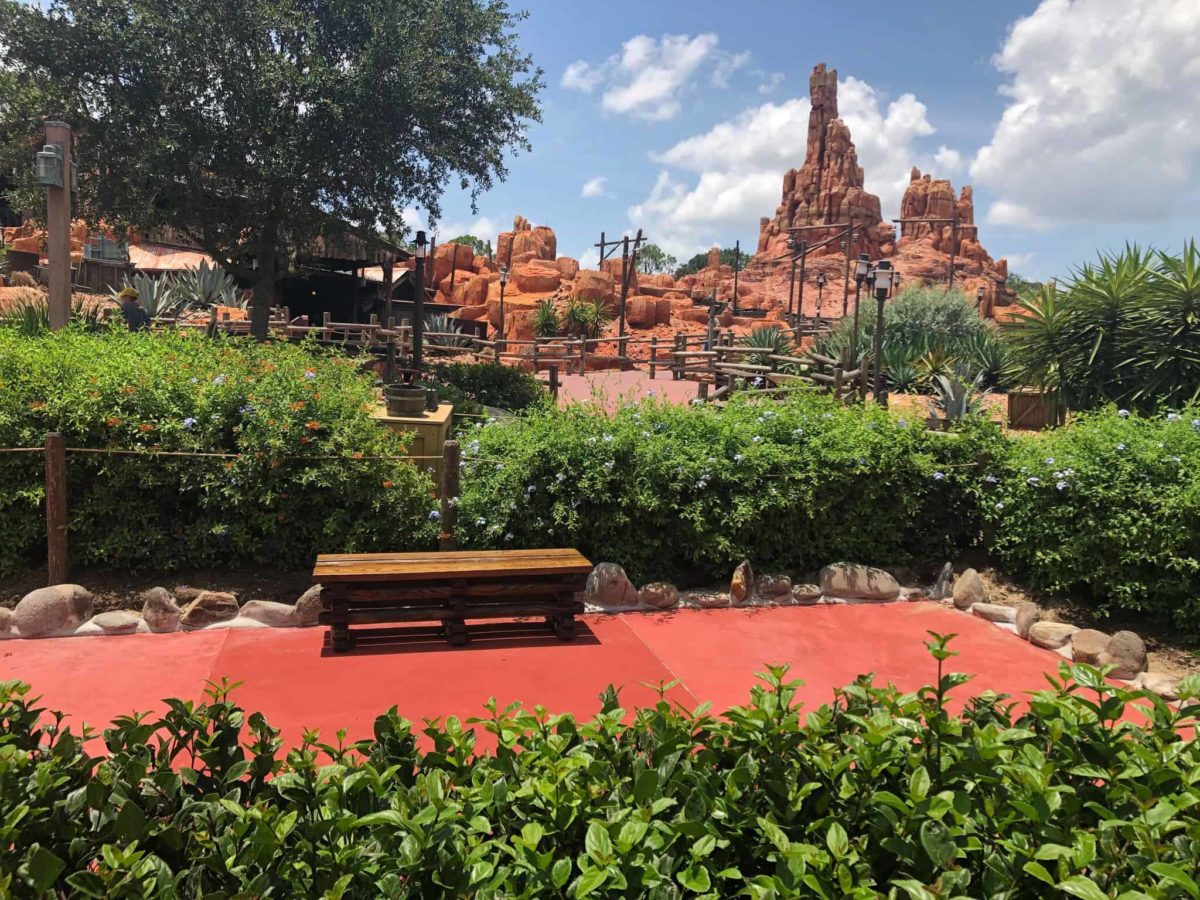 At least the views are nice. Stones were laid along the perimeter, which adds a nice touch to the space. 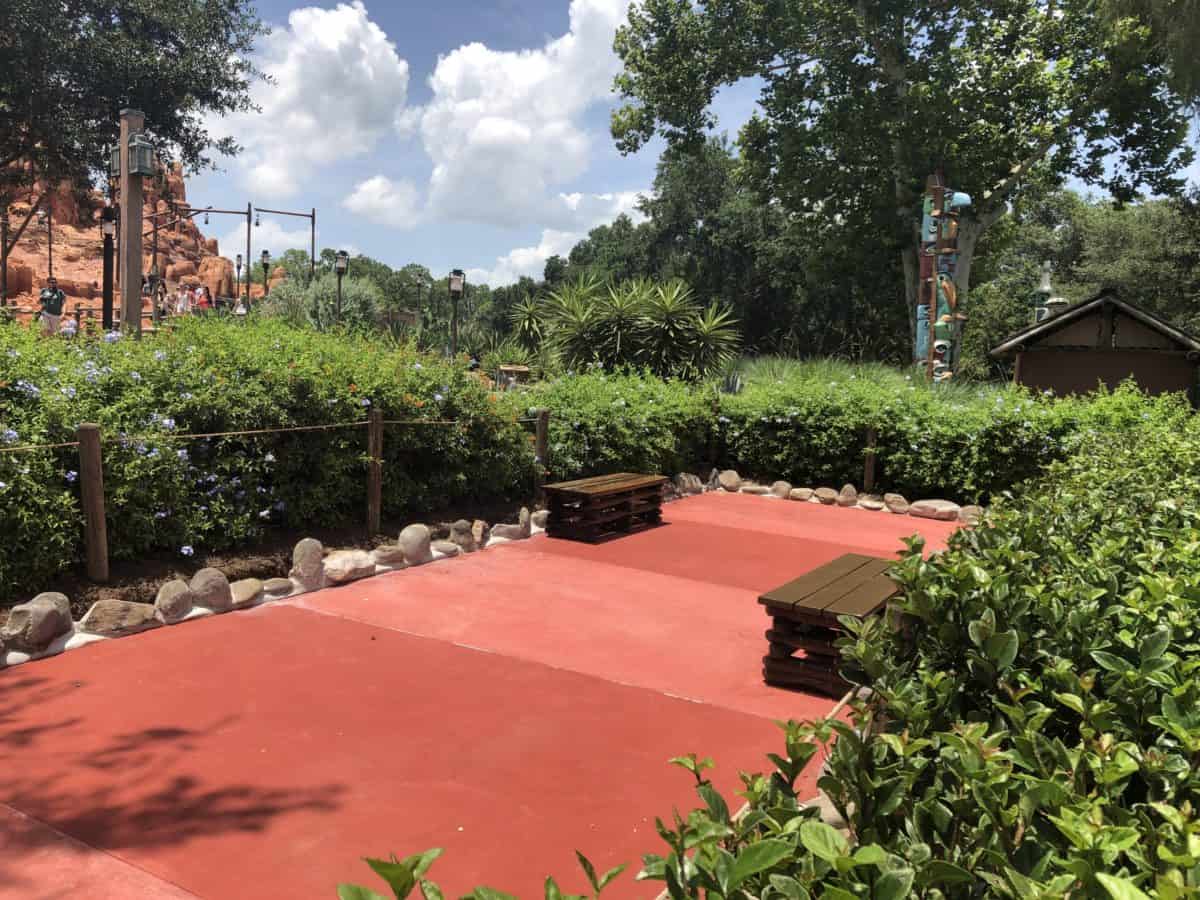 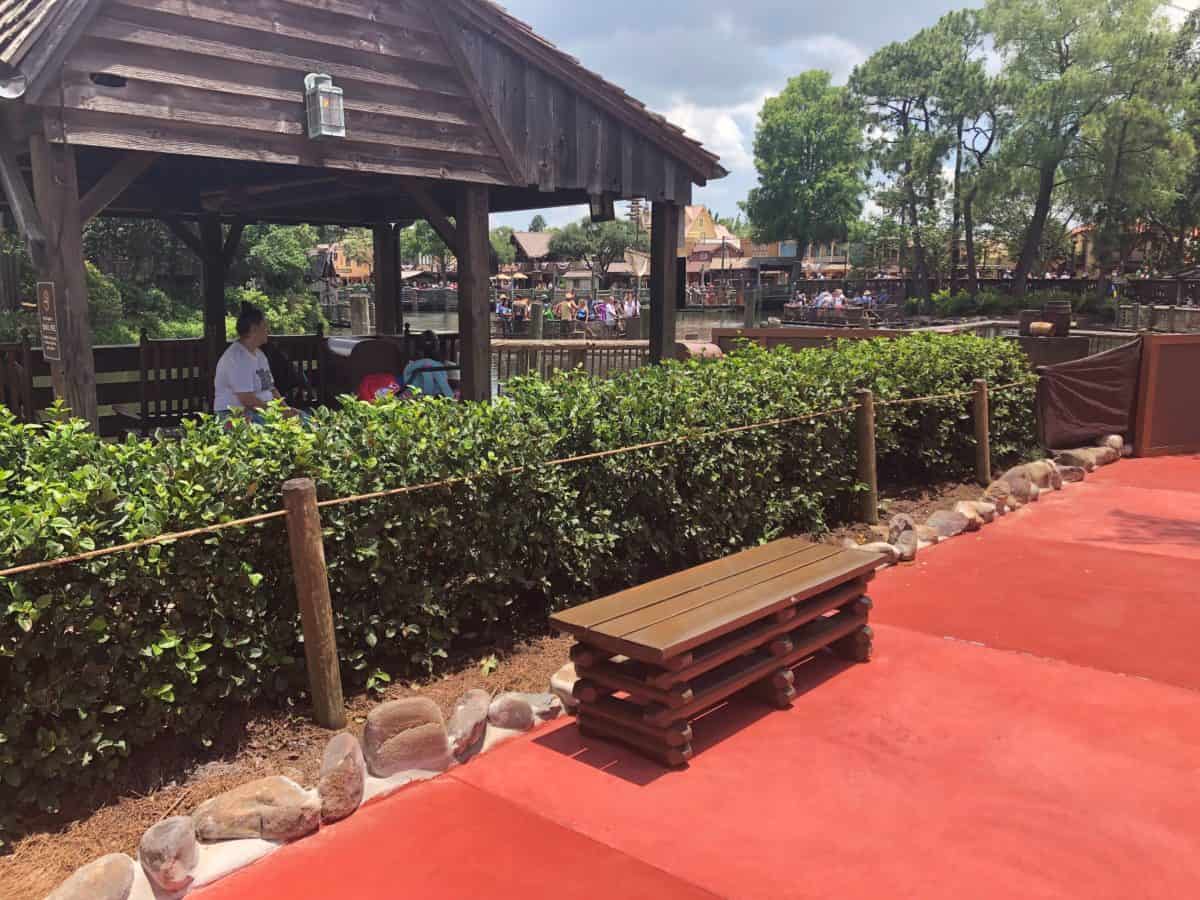 The new seating area will make for a secluded respite away from the crowds. Over by the shed overlooking the Rivers of America, there are also rocking chairs still available. 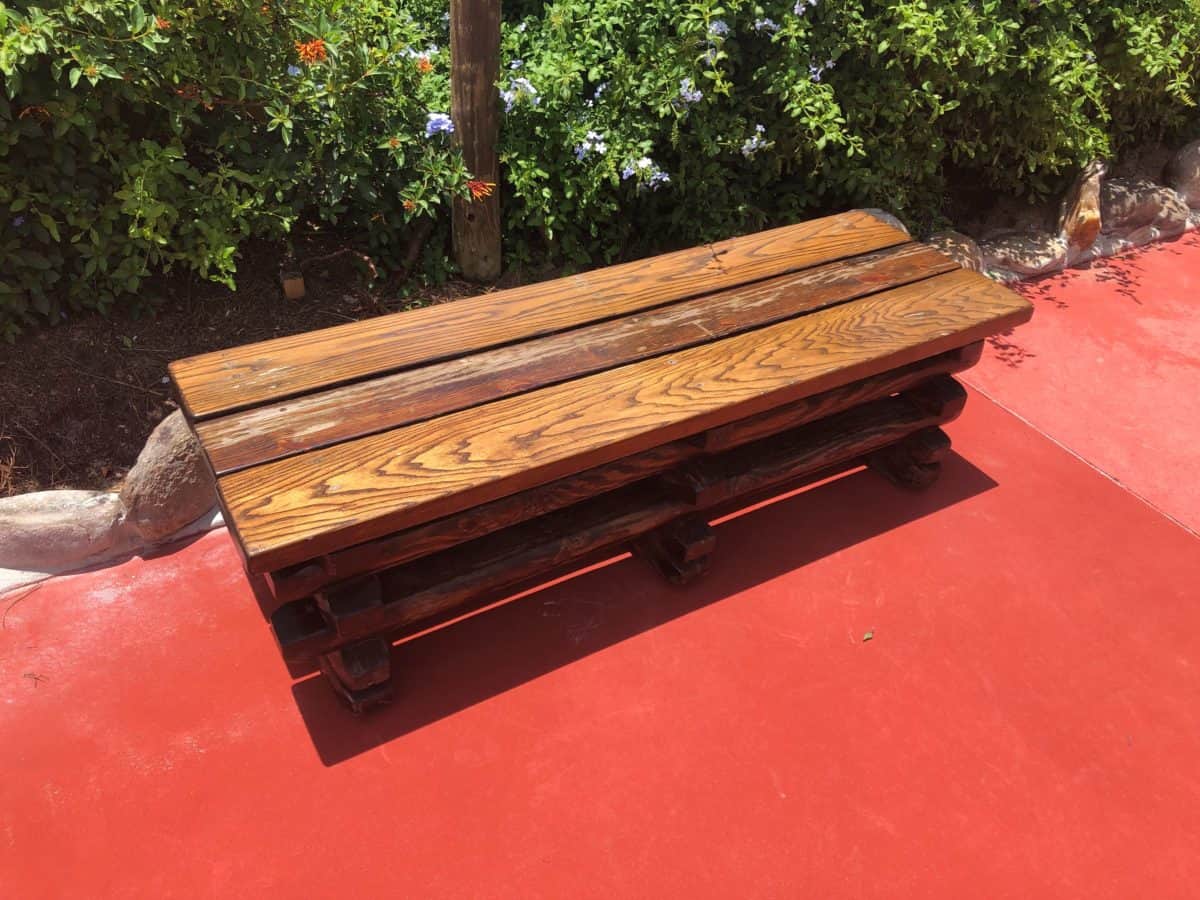 It’s nice that the benches are, at the very least, themed. The base of the bench is made to look like a stack of logs, with a varnished wood seating surface. 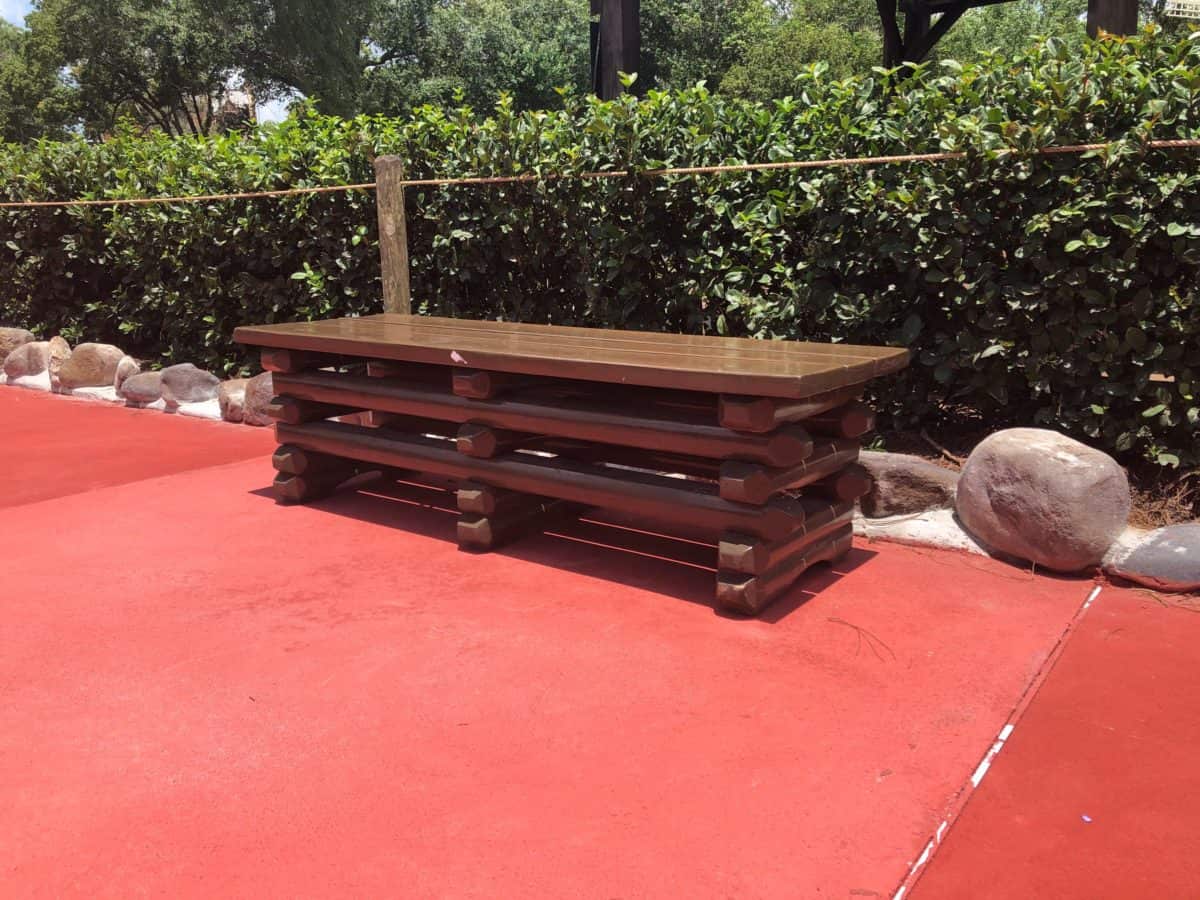 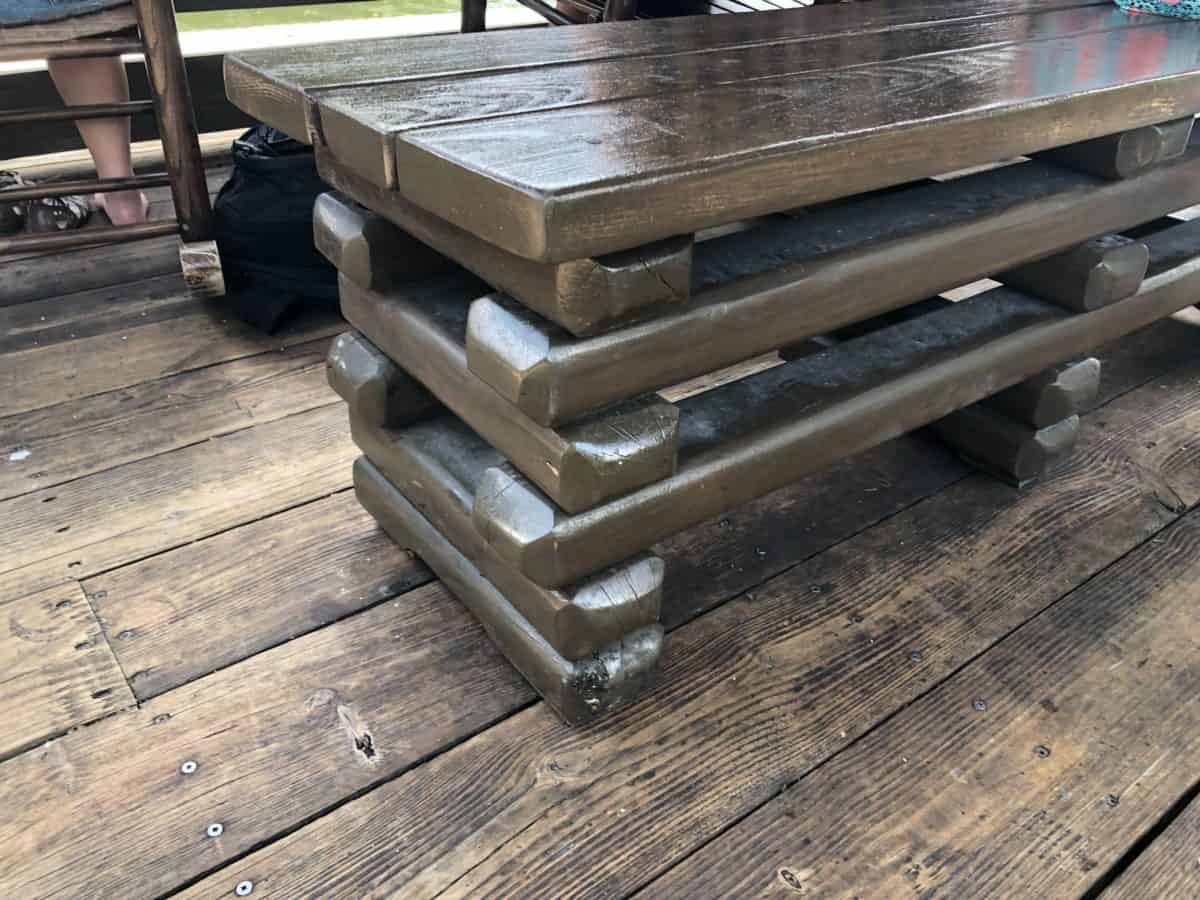 The area between the pavement and the dock are still covered, so the work still isn’t fully finished yet. 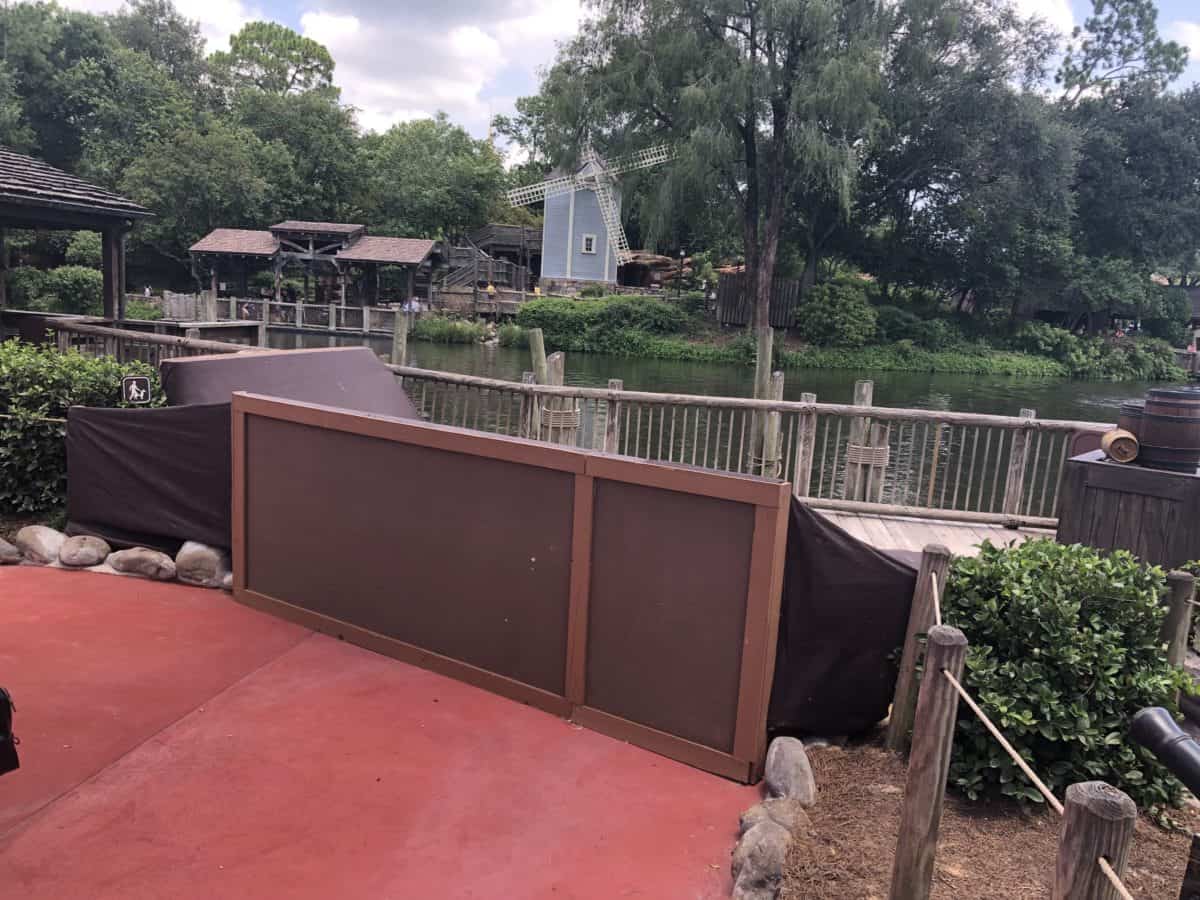 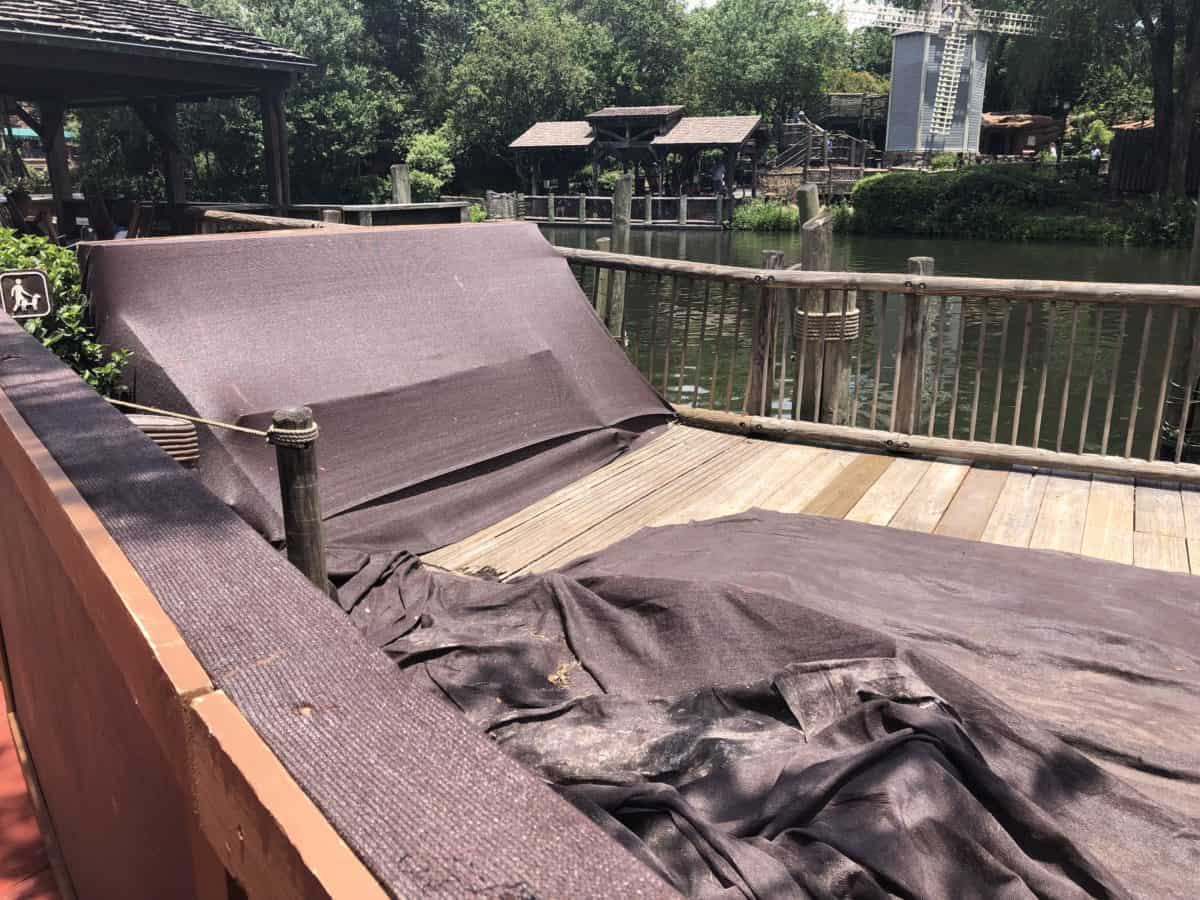 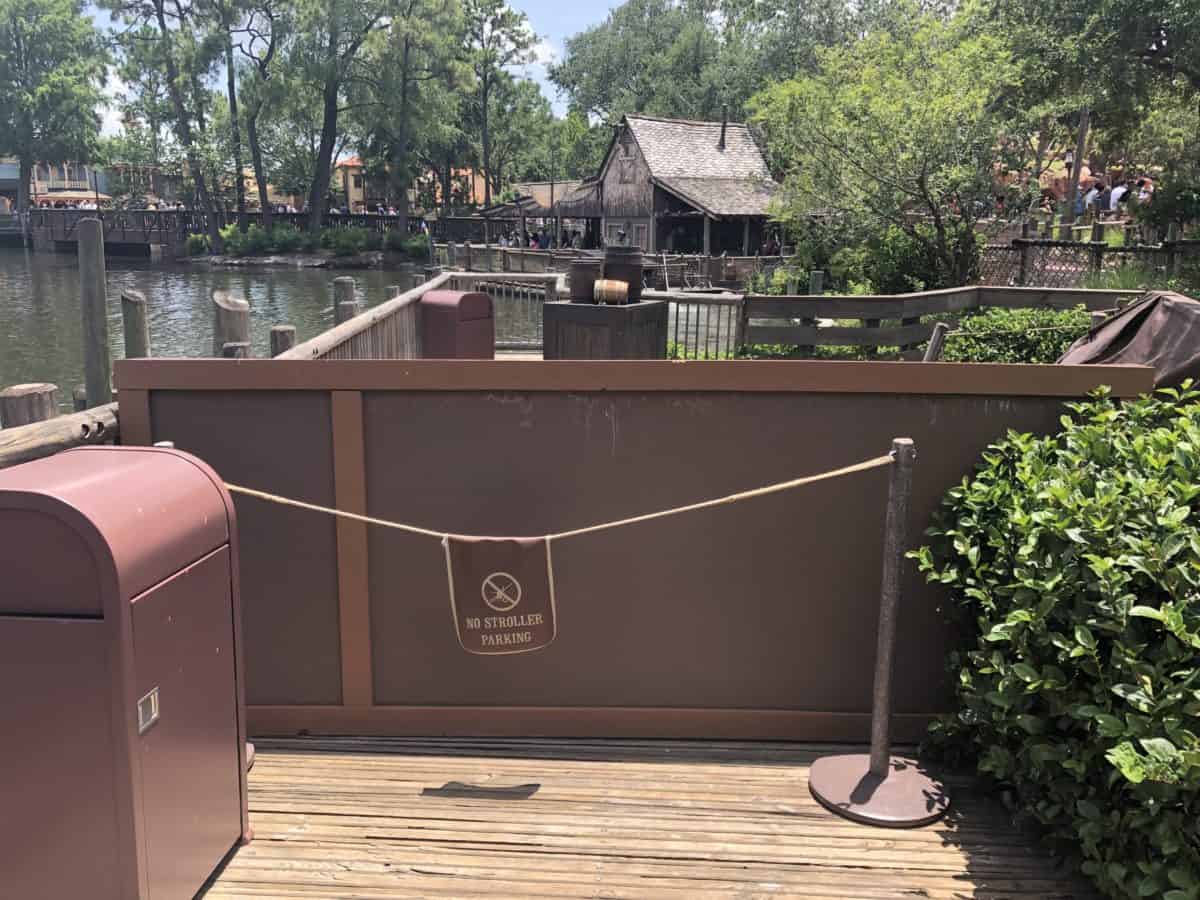 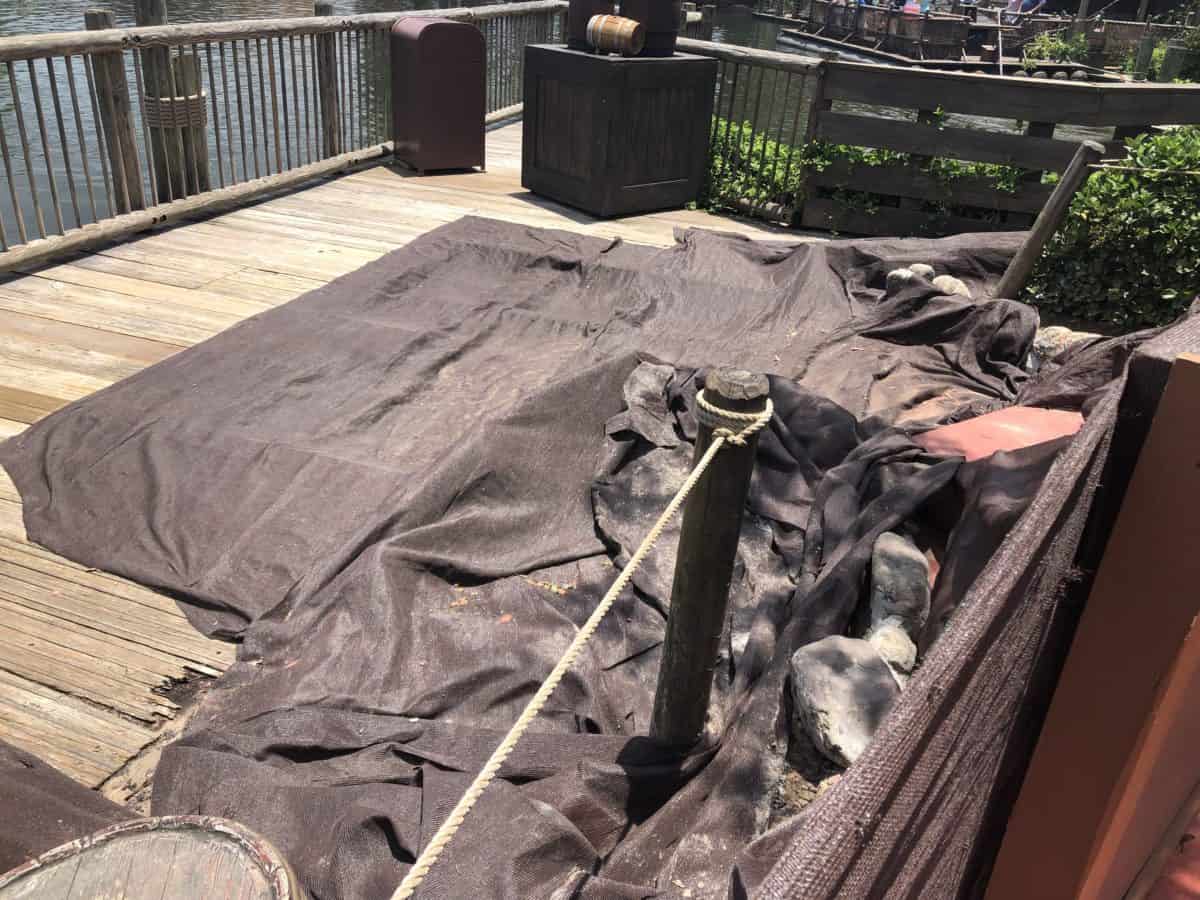 It’s nice to have the quietest nook in the wilderness back and available to all guests with its newly refurbished pavement and new benches. Will you be making your way over to this neck of the woods for some peace and relaxation by the river?