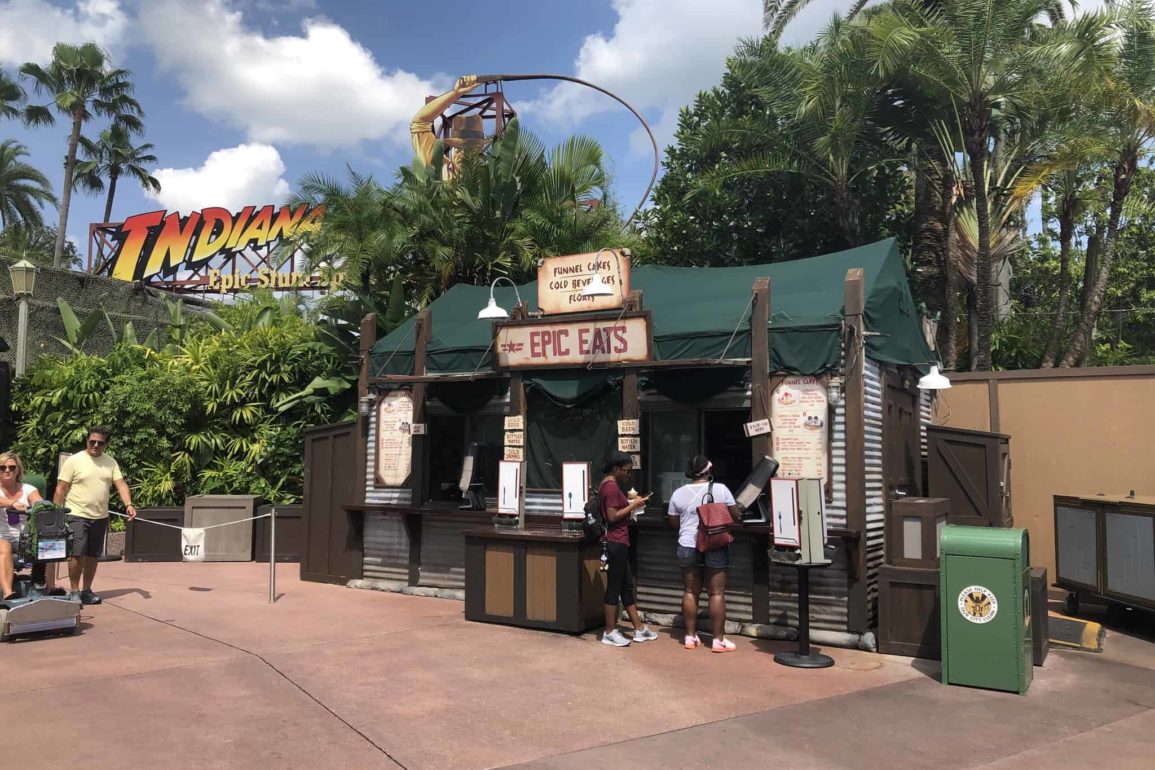 It’s no surprise that there’s been a lot of change happening around Hollywood Studios lately. We know the park is going to take on a whole new feel later this summer with the opening of Galaxy’s Edge, but we’re starting to pick up on small changes here and there. 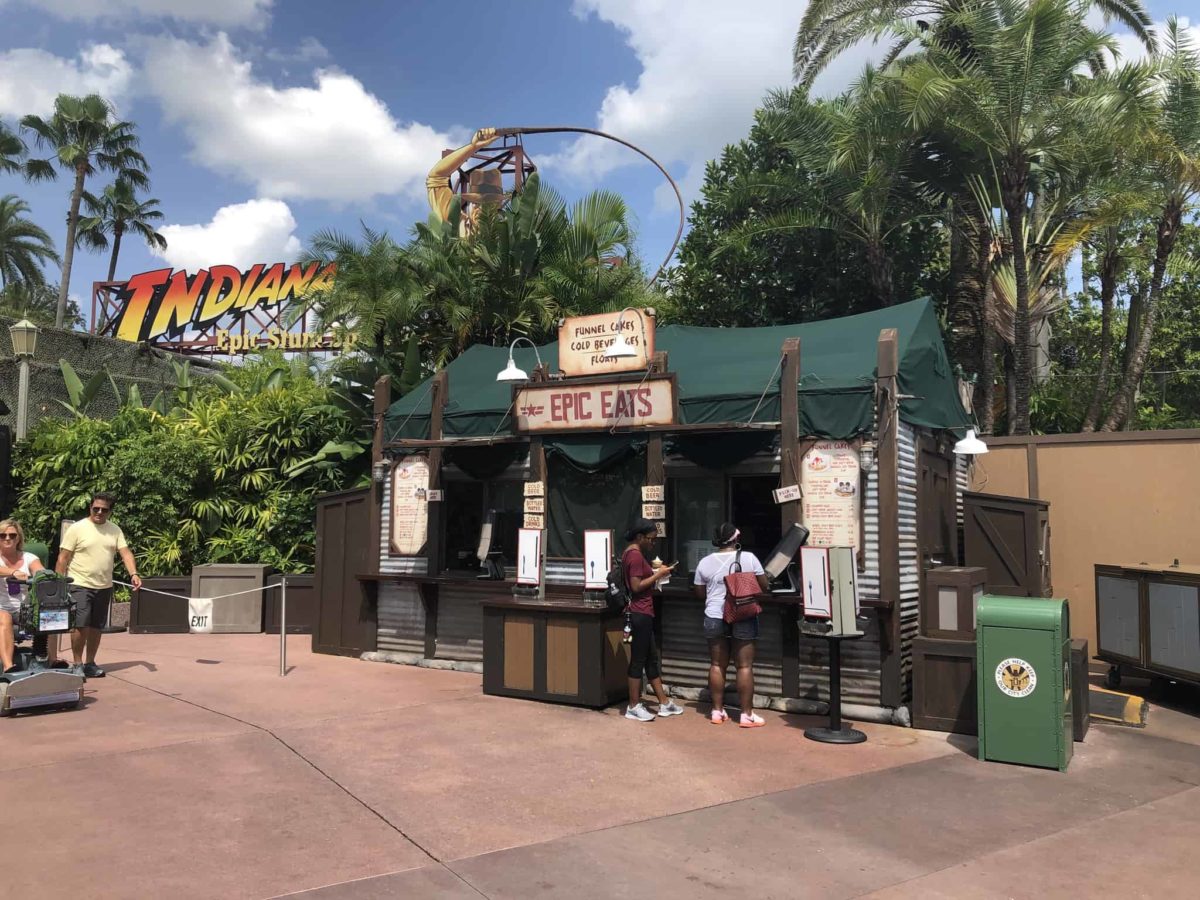 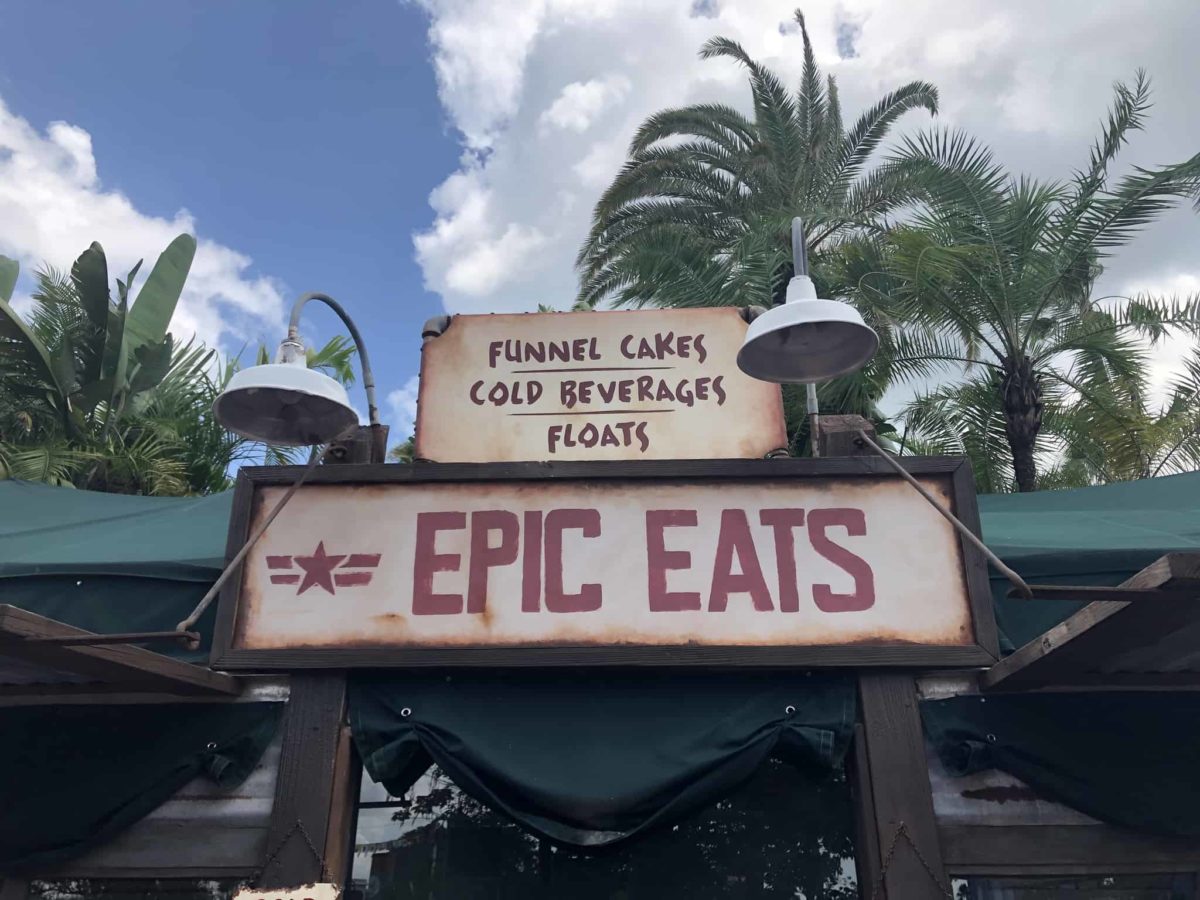 Tucked away off the beaten path, next to Indiana Jones Epic Stunt Spectacular, you’ll find a snack location offering soft serve, funnel cakes, and floats. This delicious treat stand, located across from Echo Lake, was formerly called Oasis Canteen. Now, a fresh new sign depicting a new name, Epic Eats, is hanging proudly above the snack stand. (Could Oasis Canteen been too close a name to Oga’s Cantina?) 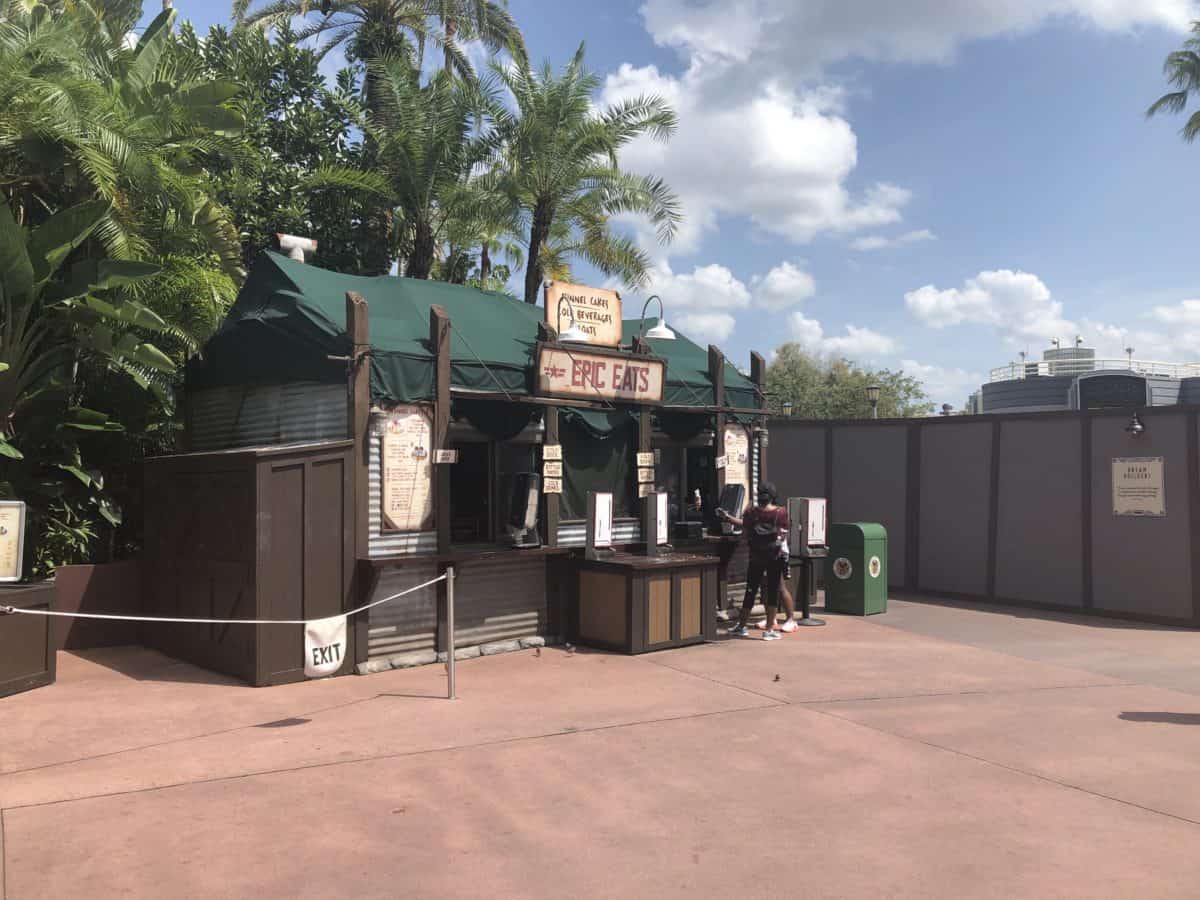 This new sign sort of blends in with the rest of the cart, but to be fair, guests often miss this hidden gem while visiting some of the more popular attractions. If you’ve been thinking of a cookies ‘n’ cream funnel cake, this is the place for you! 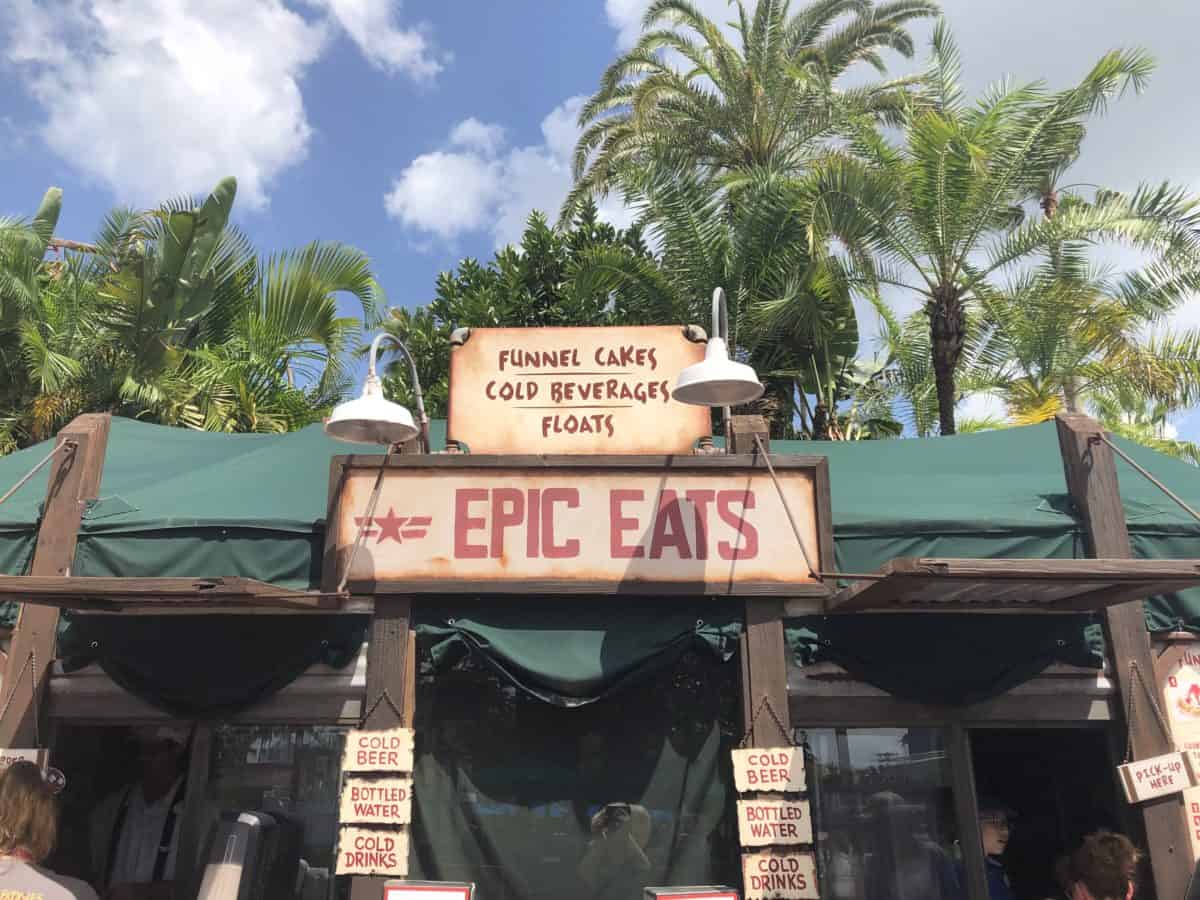 Thankfully, only the sign and name have been changed. The menu remains the same, offering funnel cakes and ice cream in the sweltering Florida heat. I guess that explains the old Oasis name.

Managers have assured us that the funnel cakes will be staying, but that they will also be adding in the Rum Island Breeze from Dockside Diner, as well as a seasonal Sam Adams Lager to the beverage offerings. Seeing as though this kiosk once sold chicken nuggets, anything’s possible. Either way, we’re happy that this stand has survived the chopping block. 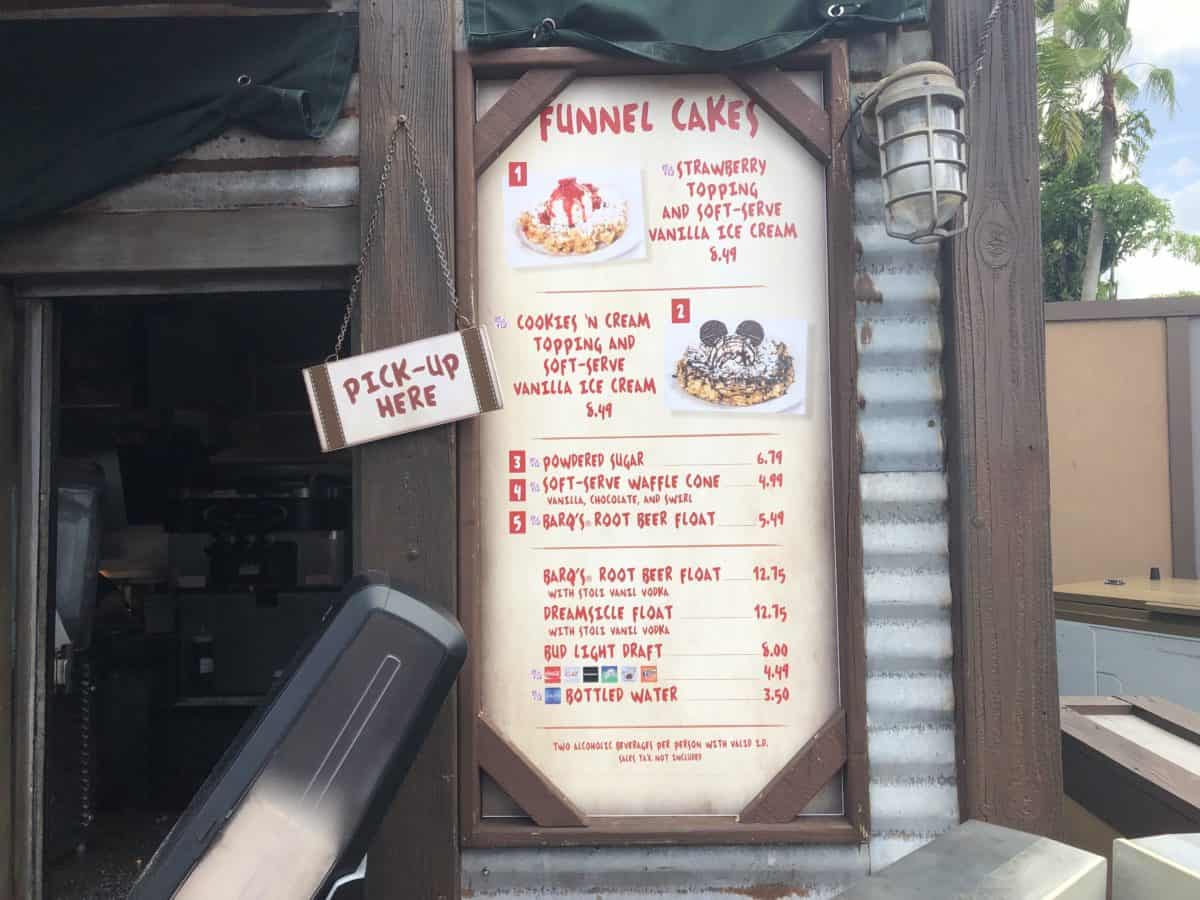 Previous
TONIGHT on WDW News Tonight (6/20/19): #SaveTheJamboree, The Credits Are Right, and A Special Announcement