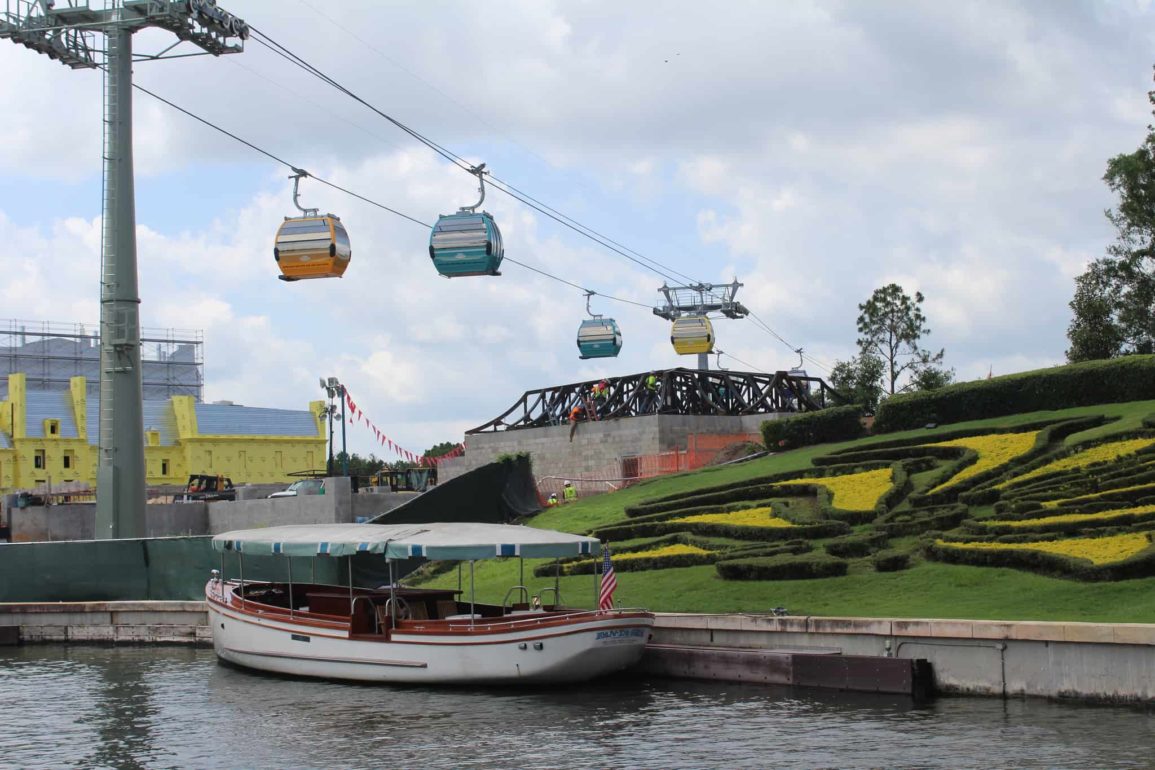 Remy’s Ratatouille Adventure, the new attraction coming to the France pavilion at Epcot, is due to open sometime this next spring. The attraction, as well as the new area surrounding it, has been under construction for some time. Only recently did it really start to look like Paris! Let’s see what’s changed since our last update. 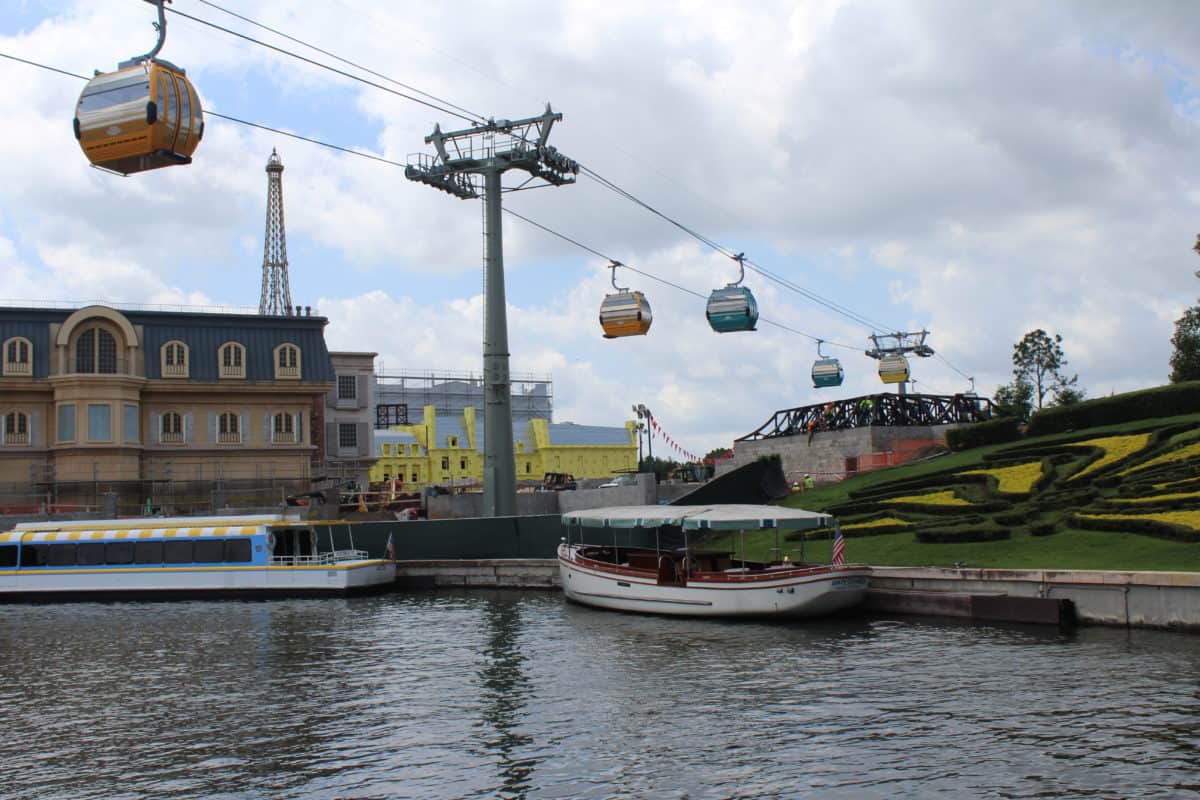 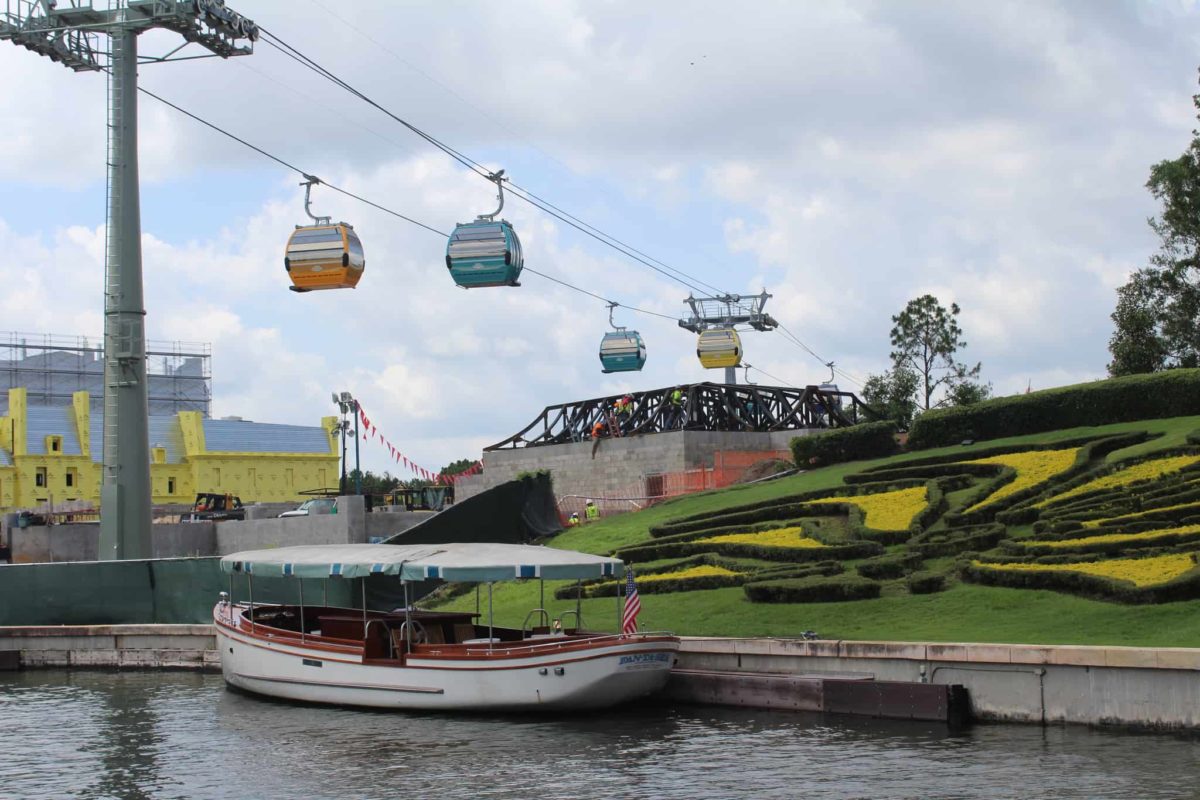 The most obvious addition is the roof framing on top of this building. I had previously thought this was the announced crepe shop, but I now believe this will actually be new restrooms. 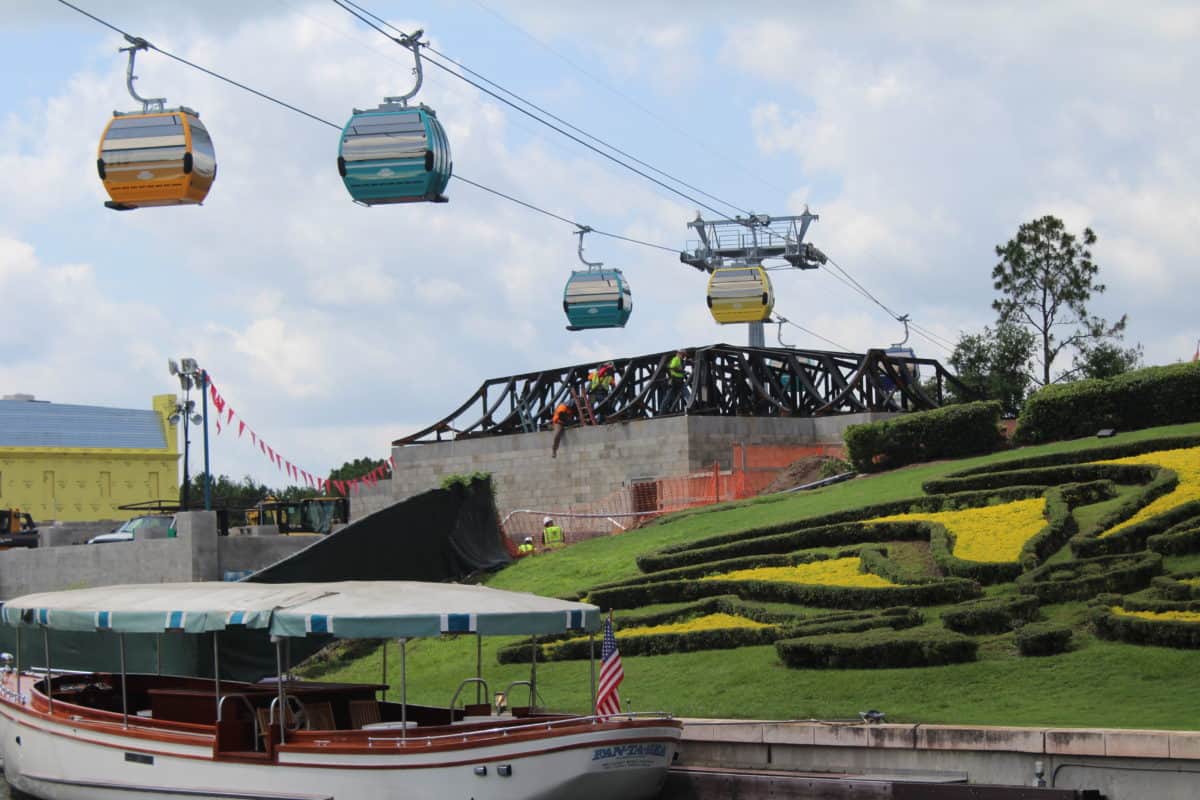 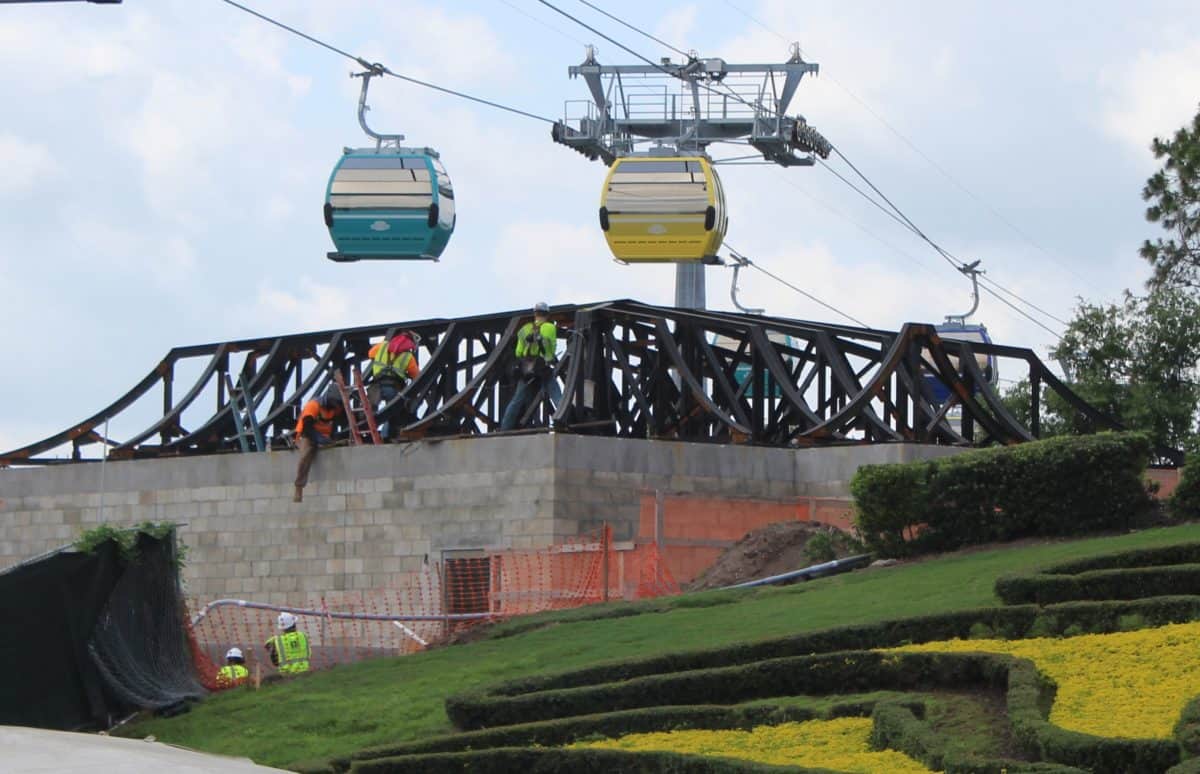 Hopefully the iron work shows through on the final roof. Iron beams just scream “Paris” to me, for some reason. They remind me of the train station in “Impressions de France”. 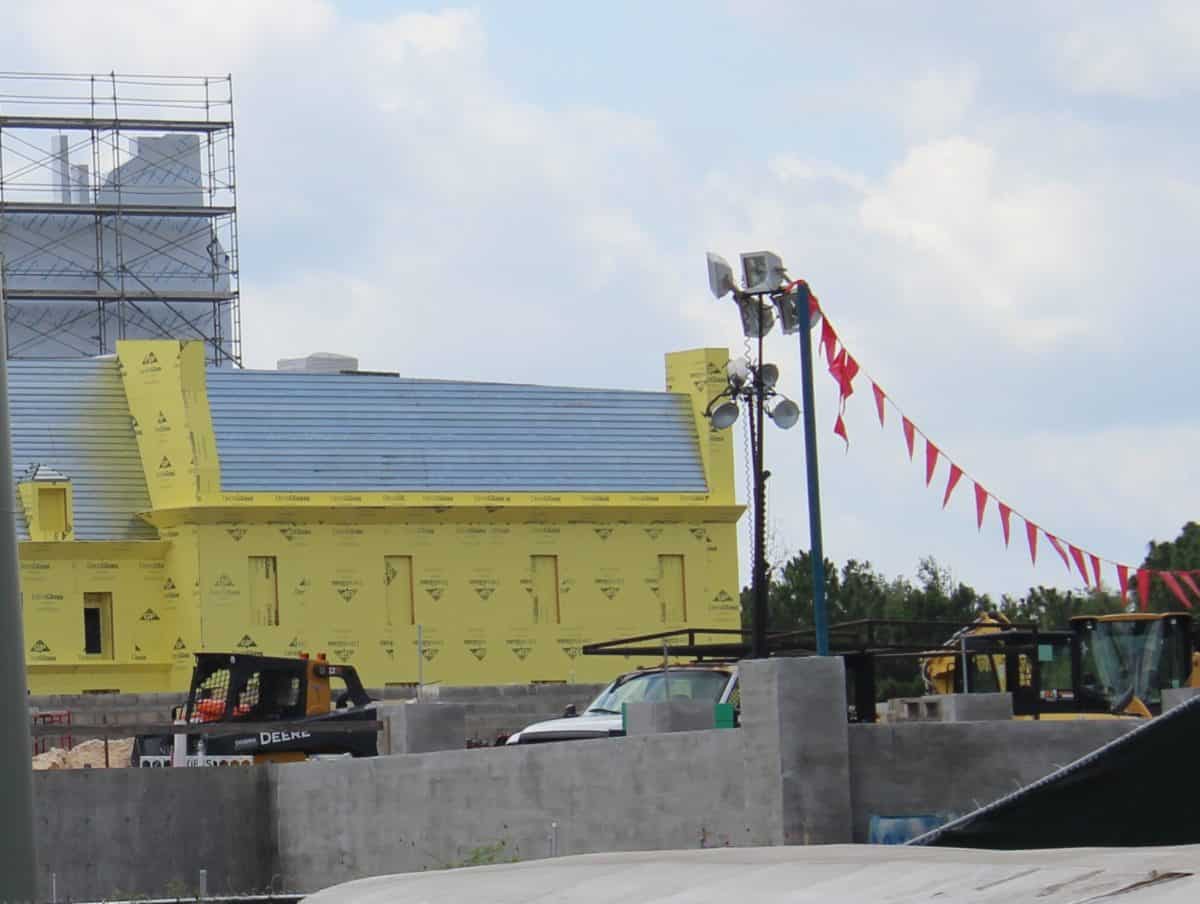 That’s not the only building getting the roof treatment, though. The facade for the attraction itself has been fitted with metal roofing. These will obviously be painted/themed later, as this is just the base. 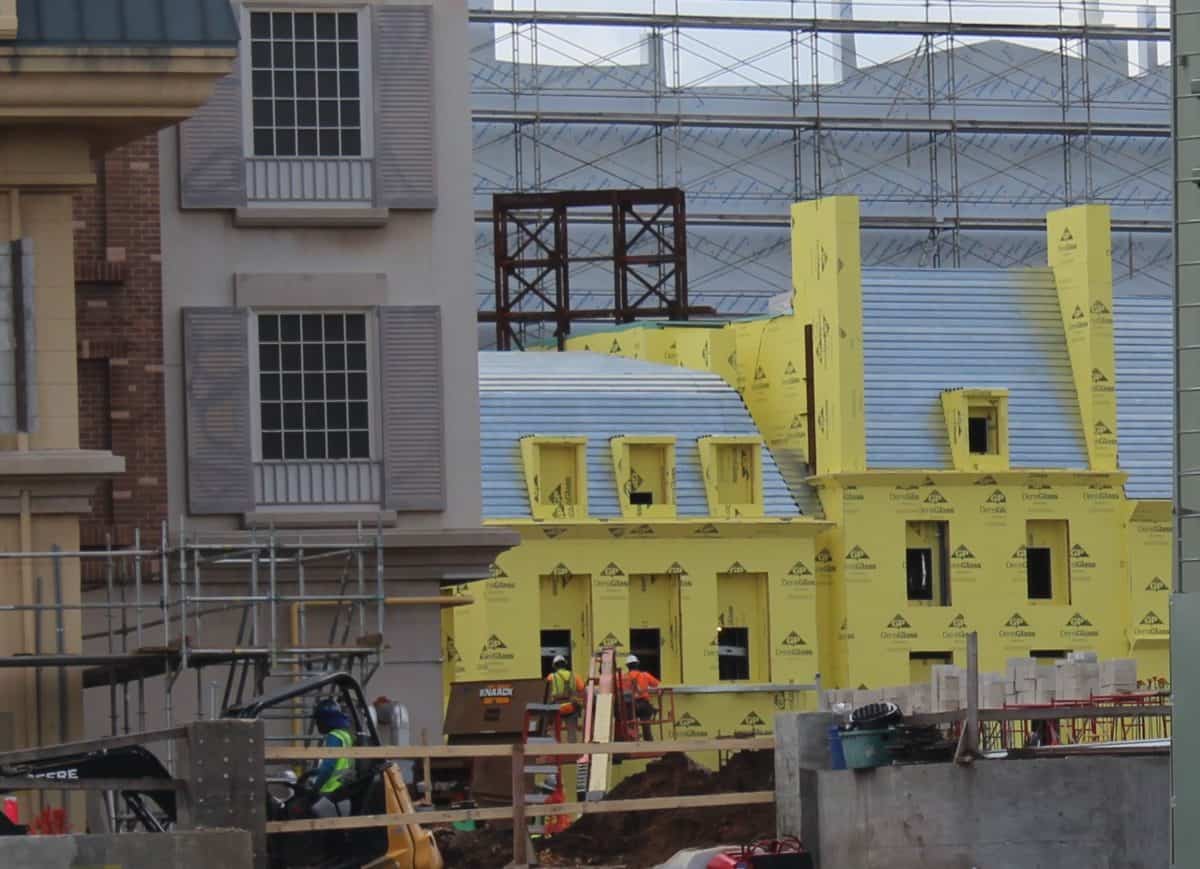 From what we see here, I think this new area will match seamlessly with the existing pavilion. The new facade looks just like a Paris street. 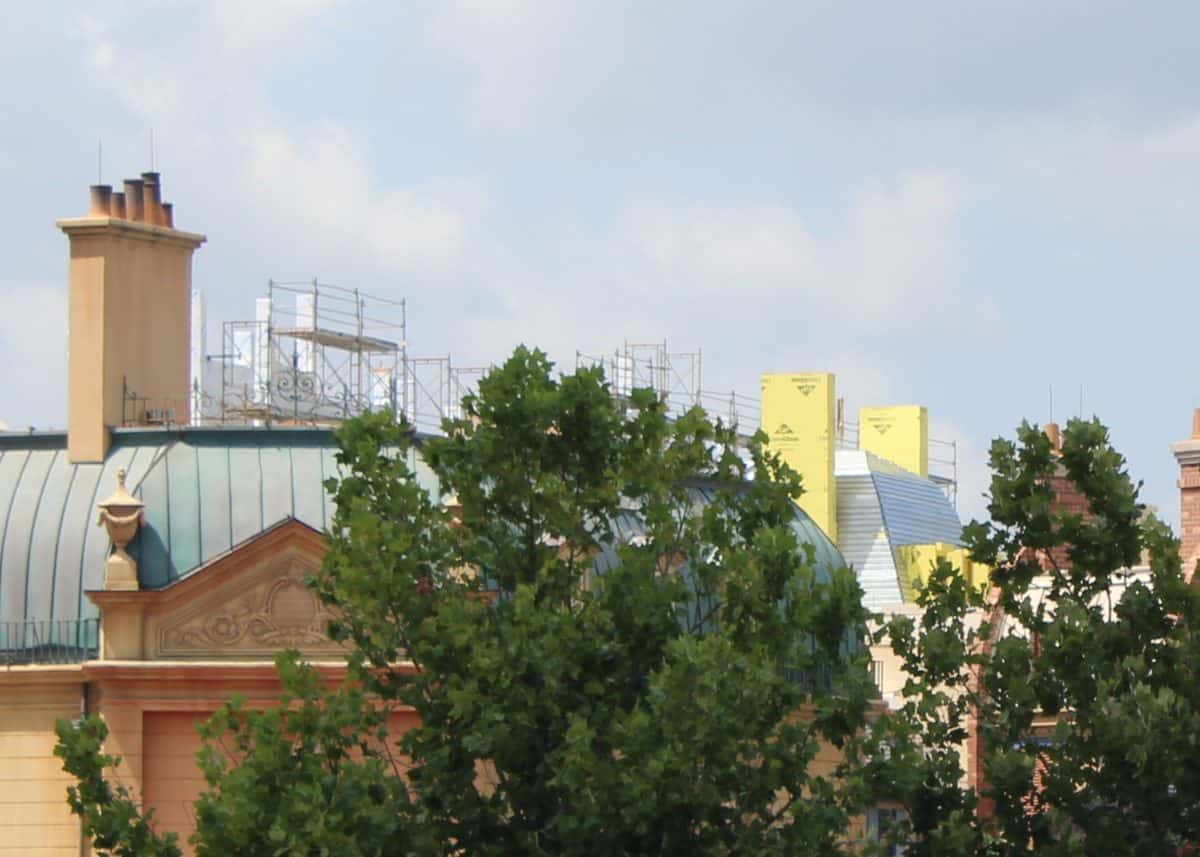 From the bridge between France and the United Kingdom, you can see a bit of the new attraction facade peeking out above the skyline. 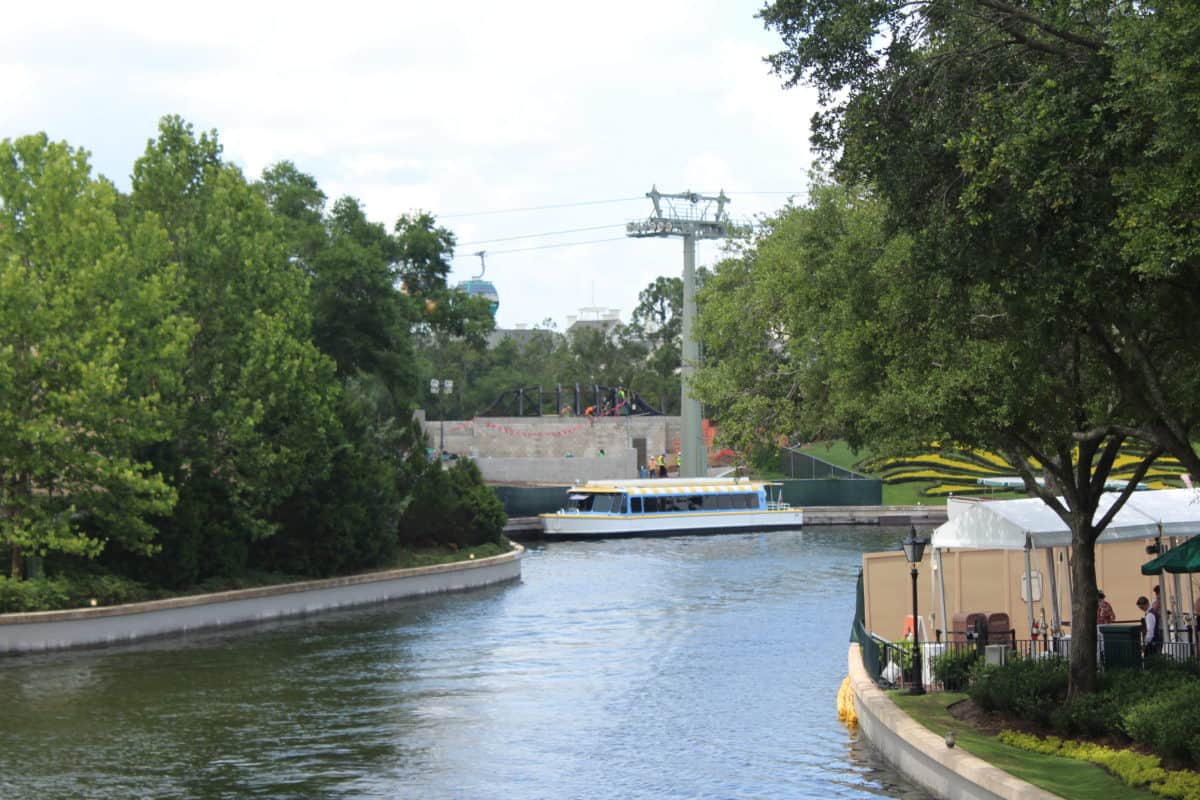 You can also see the new restrooms from the bridge. I’m curious if this will be covered by trees or landscaping when they’re done. I guess time will tell!

Remy’s Ratatouille Adventure (and the area around it) is planned to open Spring of 2020 at the France pavilion in Epcot. Are you looking forward to this new addition to Epcot? Have you been on the original attraction at Disneyland Paris Resort? Let us know!

Next
Pixar Pals Parking Structure Will Not Be Open for the June 24 Opening of Star Wars: Galaxy’s Edge at Disneyland