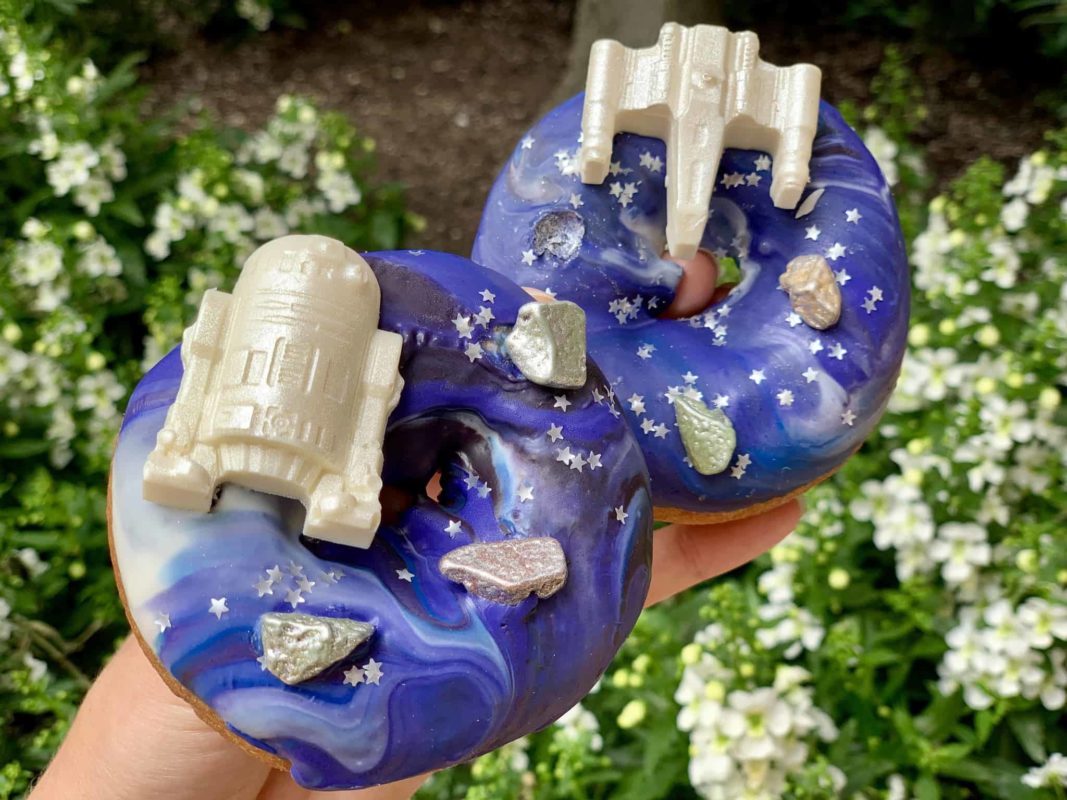 The force is strong over at White Water Snacks. The restaurant in Disney’s Grand Californian Hotel & Spa is known to have seasonal desserts, so we decided to stop by on our most recent trip to the Disneyland Resort. And they do have themed donuts, just in time for the opening of Star Wars: Galaxy’s Edge. But are these Star Wars-themed Donuts the chosen ones to bring balance to the force? Let’s find out. 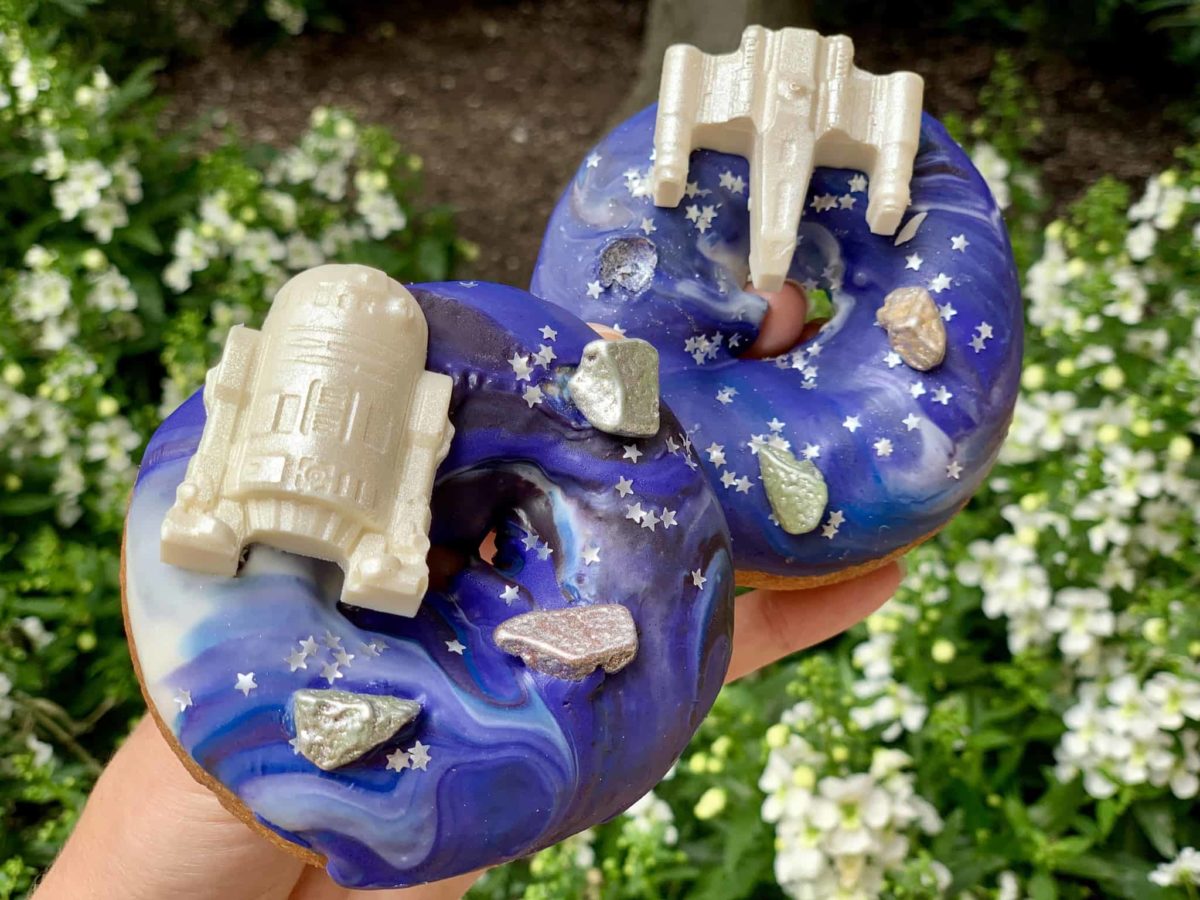 There are two frosted vanilla cake donuts to choose from: one topped with a white chocolate R2-D2 and one with an X-Wing Fighter. The frosting is a beautiful mix of various blue colors and is decorated with star sprinkles and rock candy. It looks like an asteroid field aboard the Millennium Falcon: Smuggler’s Run ride to me. 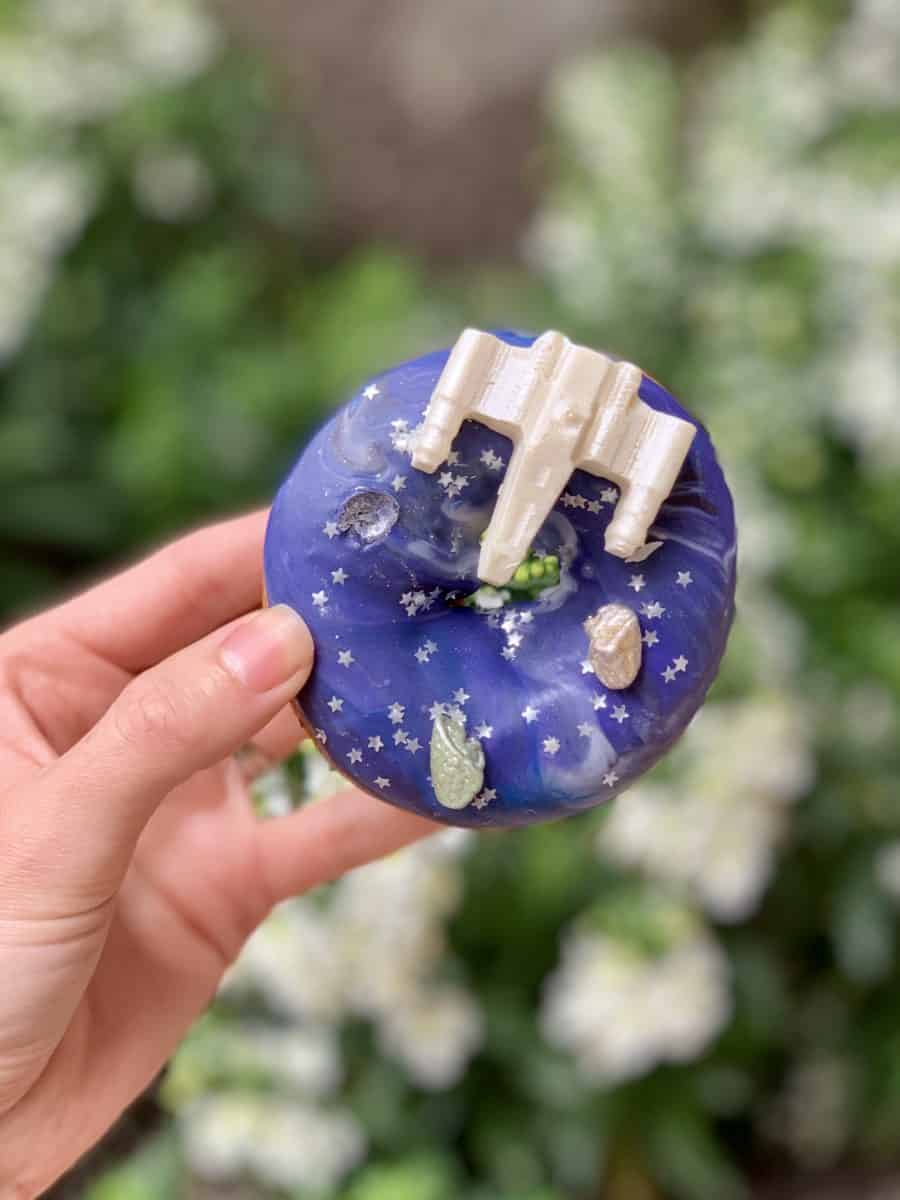 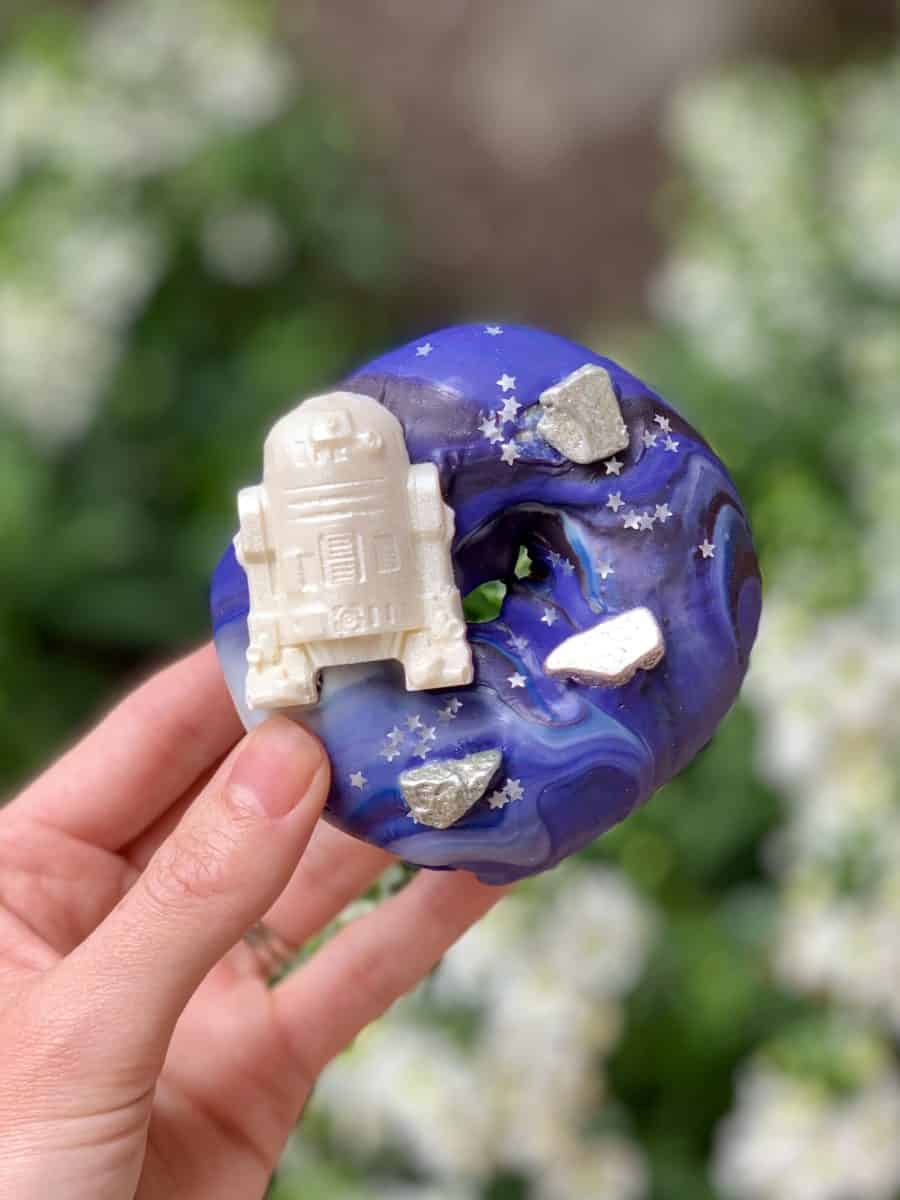 Sadly, these donuts are not as tasty as they look. In fact, they taste rather boring. The cake portion is on the dry side and doesn’t have a pronounced flavor to it. The frosting doesn’t taste like much of anything at all either. It’s pretty, but it does shed coloring onto your fingers, so be prepared for that 15-minute cleansing process afterwards.

The best part of the donuts were the white chocolate R2-D2 and X-Wing. They had a creamy chocolate taste, not at all chemically like some white chocolate toppings can be. The rock candy was fine, but it served more as decoration than something interesting to eat. 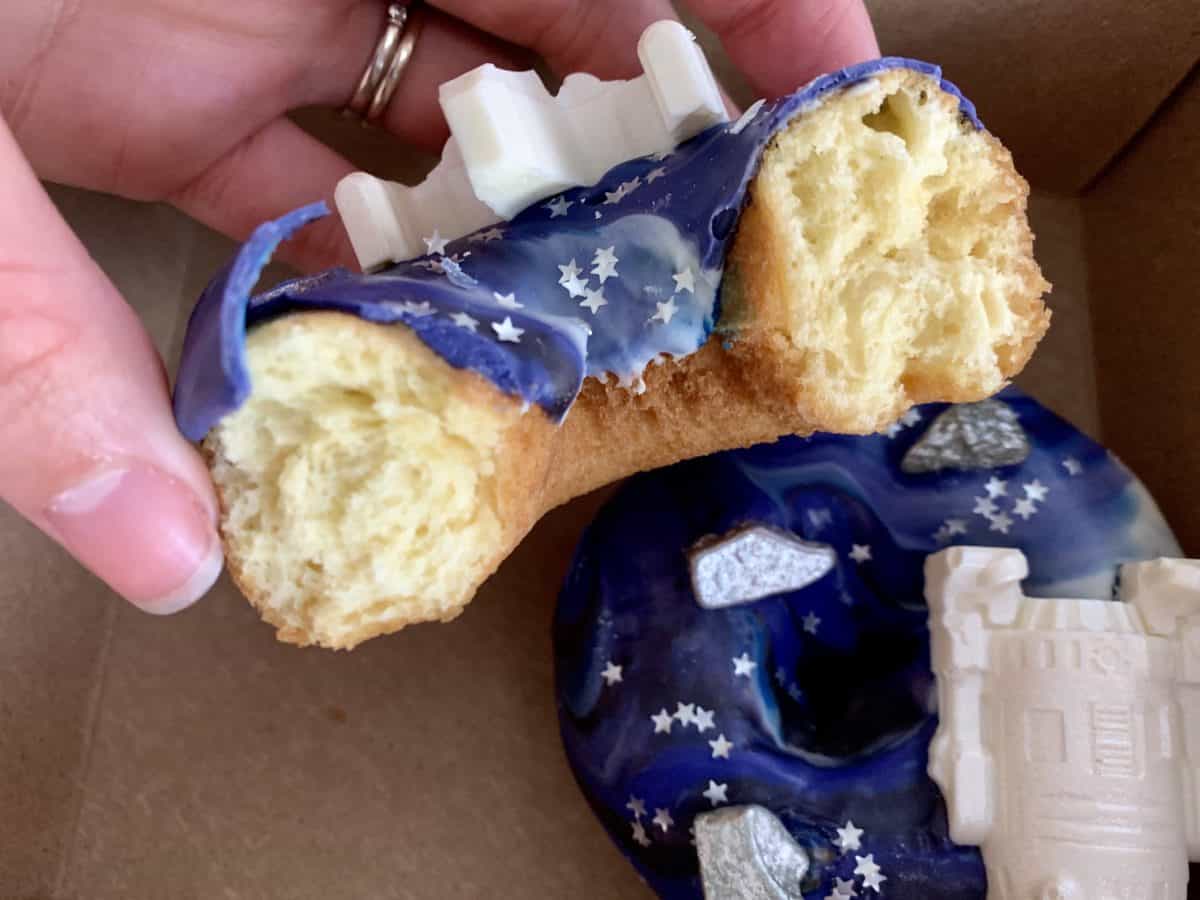 If you’re craving donuts while visiting the Disneyland Resort, skip these Star Wars-themed Donuts at White Water Snacks. They’re cute and really on-theme with the opening of Star Wars: Galaxy’s Edge, but they send our disappointment into hyperdrive. Instead, shoot for the Donald Duck Butt Donut at Schmoozies in Disney California Adventure or something from Jolly Holiday Bakery.