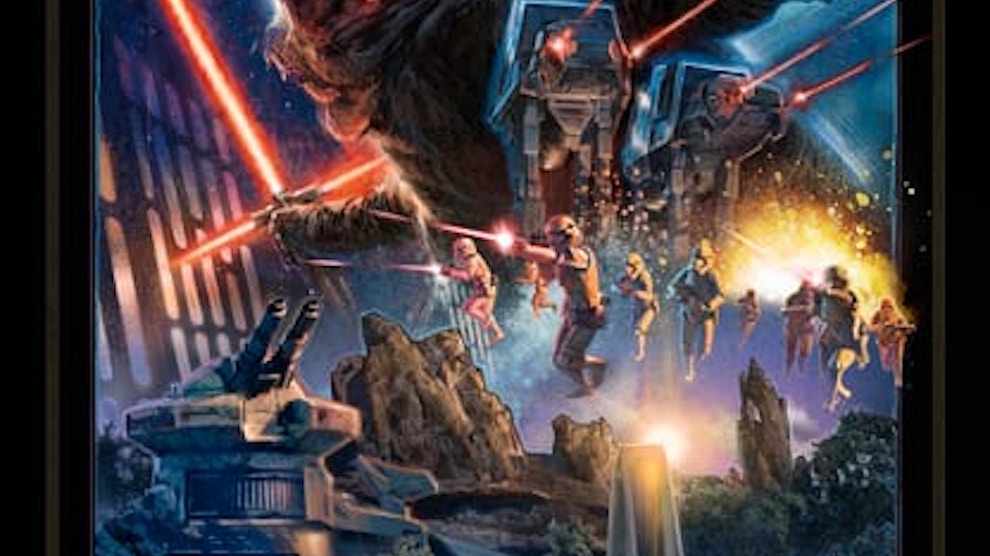 Star Wars: Rise of the Resistance will be opening December 5th at Walt Disney World Resort. If this date sounds familiar, many will recognize it as Walt Disney’s birthday. What that has to do with a Star Wars ride is anyone’s guess. 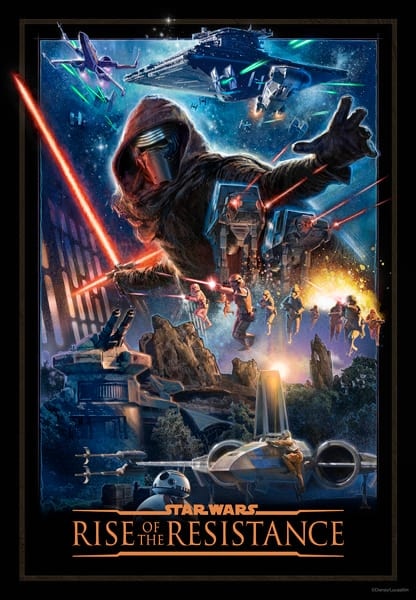 “When it opens, Star Wars: Rise of the Resistance will blur the lines between fantasy and reality and will put guests in the middle of a climactic battle between the First Order and the Resistance. Guests will be recruited to join Rey and General Organa at a secret base. Along the way, they will be captured by a First Order Star Destroyer. With the help of some heroes of the Resistance, they break out and must escape the Star Destroyer, protect the secret base, and stay one step ahead of Kylo Ren.”

As soon as work is completed at Walt Disney World, Imagineers will head back to California to complete their mission at Disneyland Resort where Star Wars: Rise of the Resistance will open on Friday, January 17, 2020.

Disney blew it again opening their mouths and not delivering as usual. It is getting tiresome of listening to Disney telling us how great everything is going to be and then they don’t deliver. Remember how great the River of Light was supposed to be at AK? Complete dud compared to what they said it was going to be. Toy Story Land had plastic fencing, Slinky’s Tails falling off & the list goes on and on. Had the perfect chance to make the Speedway at MK better when the attraction went down with better cars, didn’t do that. Every entrance… Read more »

incoming fall discounts now that everyone will push out their trips

Can’t say I’d be sad about that…

Sounds like the Star Wars version of the Avatar Flight ride.VR moving theater concept. How cool would it be for them to make an actual star wars “haunted house”, like walking through the death star? The world needs more walkthrough rides.

I’m trying really hard not to get spoiled but I’m pretty sure there are going to be many actual setpieces in this ride. I’m thinking it might be like Shanghai’s Pirates ride but Star Wars themed. Early rumors said (SPOILER) you would need to exit your ride vehicle and board a different one. But like I said, I’m trying not to read too much about it so I’m not positive what the final ride will be.

It’s a sit down trackless dark ride through a Star Destroyer, which begins with a flight from the ground to the ship in a separate area. It looks to be awesome from the video taken inside of it!

Wow! Rise of the Resistance in Disney’s Hollywood Studios is opening 2 days before my birthday. I wish I could be down there then. Even though. I live about 6 hours away.

They should work on Disneyland’s RotR first so that they can keep their promise of opening “later this year.”

It’s about the First Order. Disgusting. I almost don’t want to go on it at all because of that. I hate the sequels. She’s Princess Leia, not “General Organa,” God help us. But I am curious about the trackless ride part. So I feel conflicted.

What a bunch of crabby old cynics. I’m no Disney apologist, but jeez. Complaining about the park entrances being a mess… while the temporary mess will lead to much better experiences… is nuts.

I will be down there the week of December 9th and look forward to trying the new ride. If it’s closed for a delay or technical issues, life will go on and I will enjoy all of the other things that Disney does well.

I think Disneyland is being punished for the lackluster opening of Galaxy Edge that made no buzz except that the crowd levels are a 1 or 2. WDW can open almost anything with huge crowds from no love IP like Avatar to an off the shelf family coaster like Slinkey Dog Dash with Six Flags theming. It is a very bad look that Star Wars is not pulling the numbers especially when the Hagrid coaster is killing it with a character not even in the most recent movies.