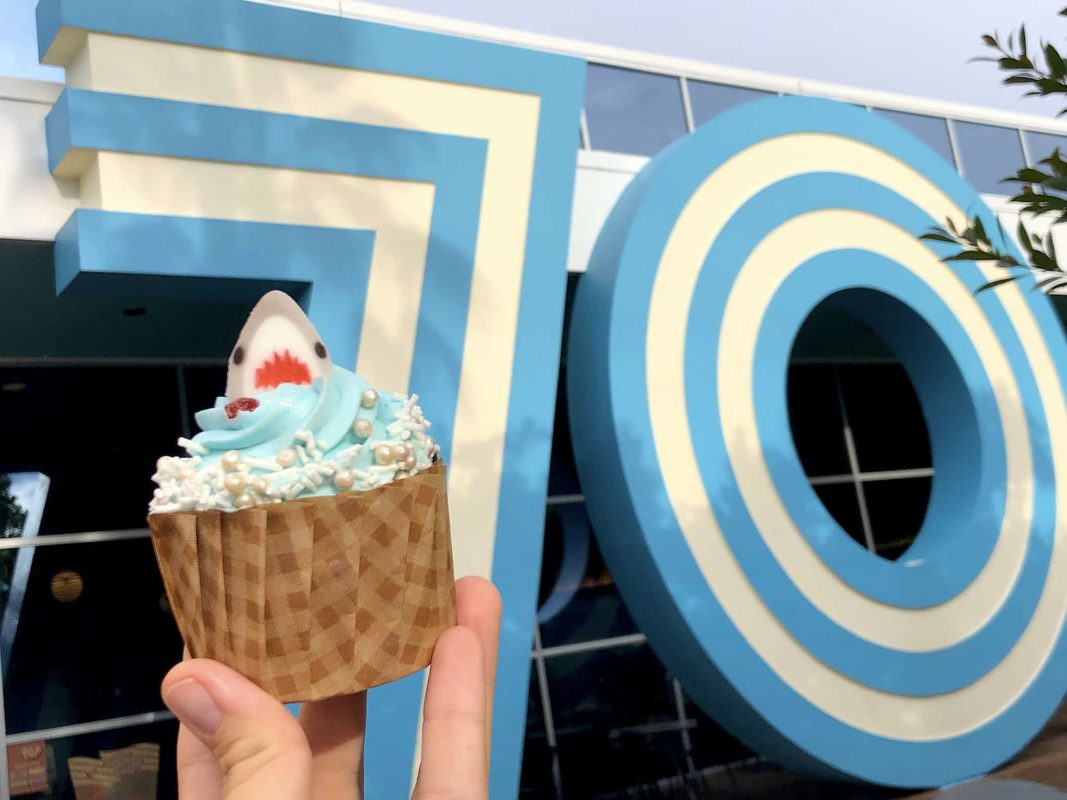 Just when you thought it was safe to skip the often forgettable Everything POP Shopping and Dining, their culinary team has created a baked good that definitely can’t be mistaken for a dolphin.

That’s right, there’s a new cupcake at Disney’s Pop Century Resort, one where you can get some revenge for Quint and actually eat the shark instead. With the release of this cupcake, we’ve got a panic on our hands on Fourth of July weekend once more…

Why Pop, you ask? Well, Jaws was the first-ever summer blockbuster, and with the film’s early action taking place over a Fourth of July weekend, it was only right that the infamous shark would make a timely appearance right now. There’s even a sign at the resort that mentions the release of the movie. For legal reasons, they can’t label it a Jaws cupcake (it’s a Universal film, although you wouldn’t know based on how little of a presence it has at their Florida parks), so instead it’s labeled as this hilariously understated “Shark Cupcake”. You can get it for $5.99 in the refrigerated bakery case. 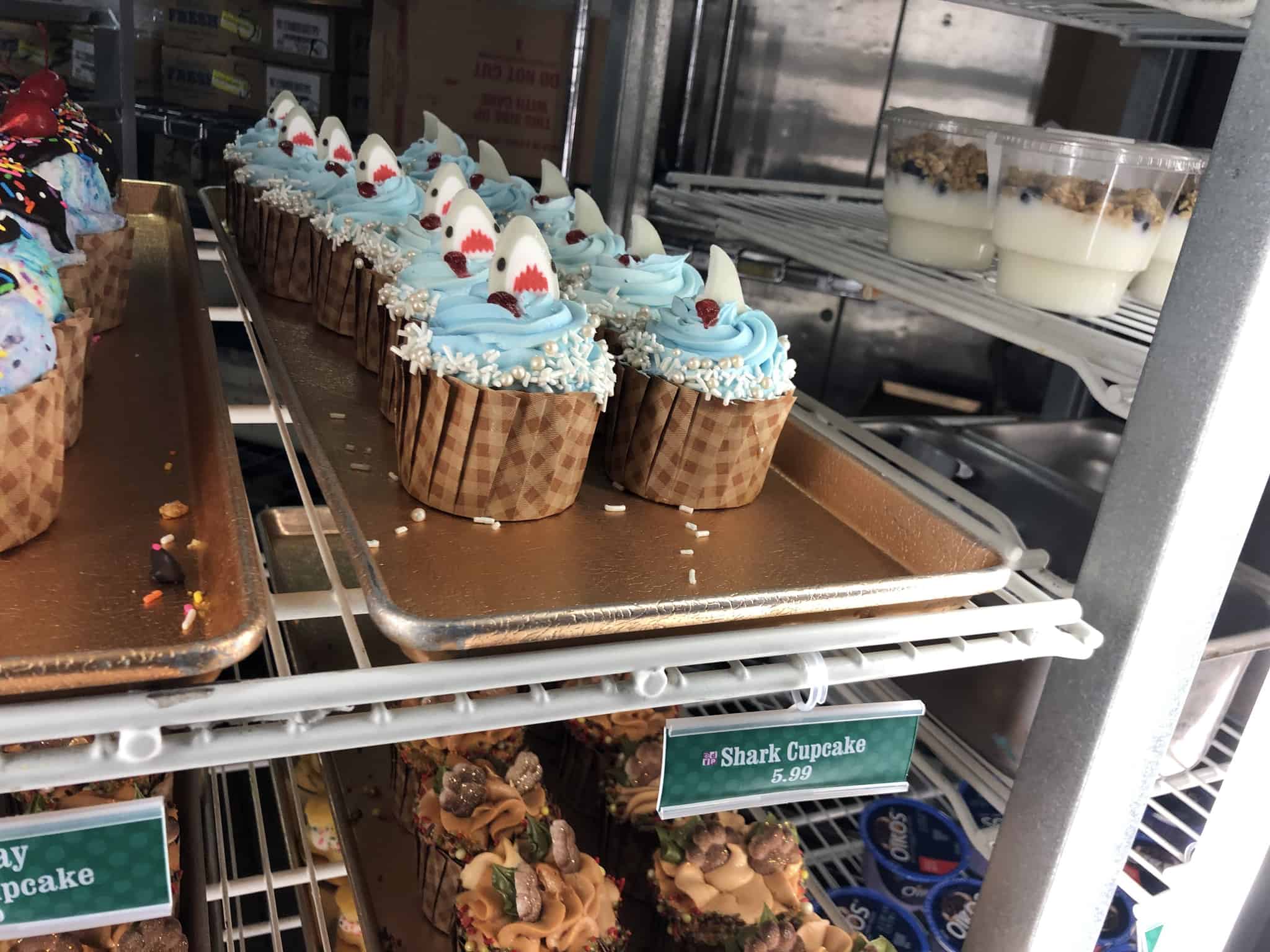 As you can see, you have two options––the shark head and the shark fin. 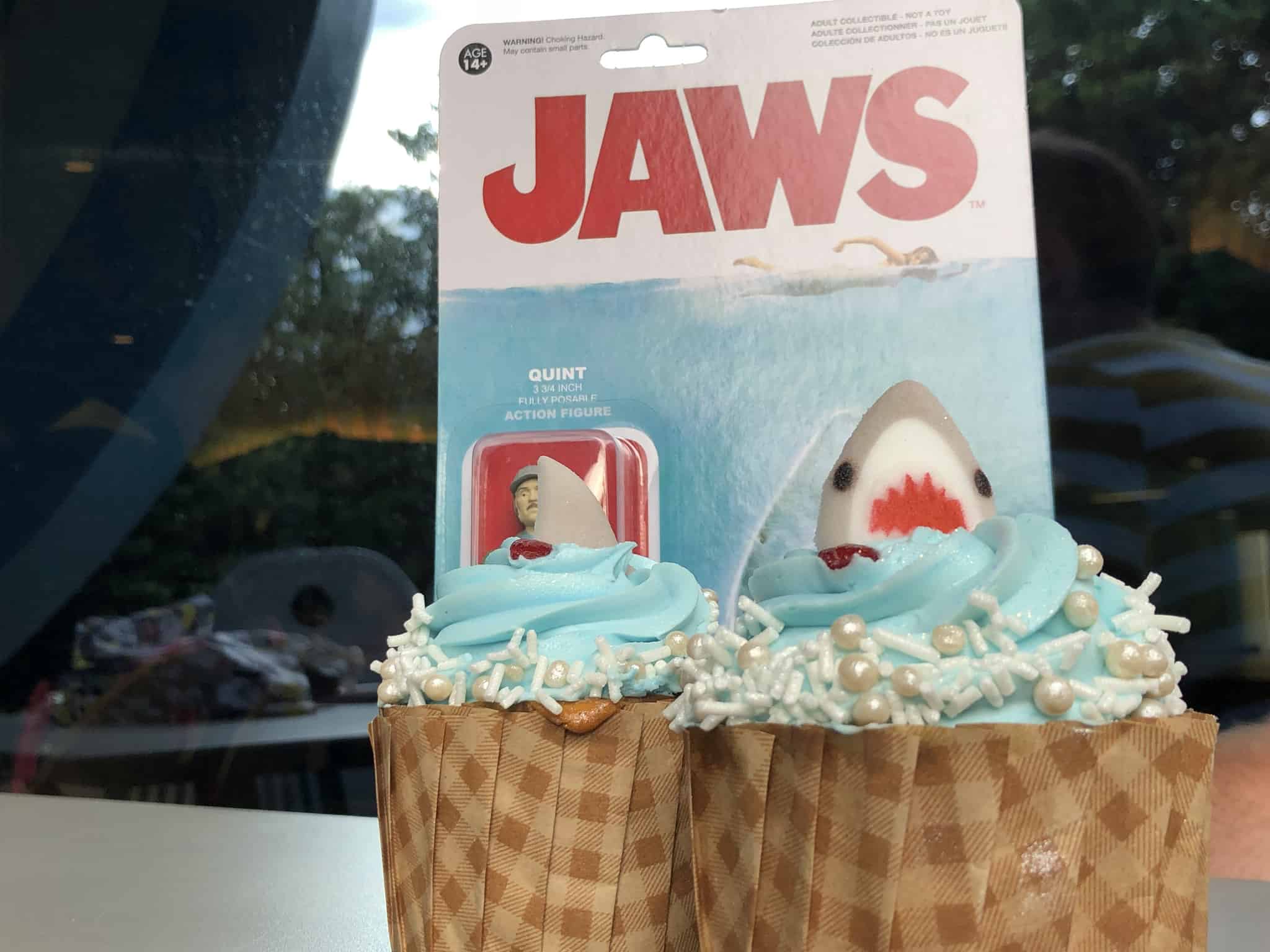 The similarities here to the Jaws poster is no “boating accident.” Don’t worry, Chief. We got ’em both. 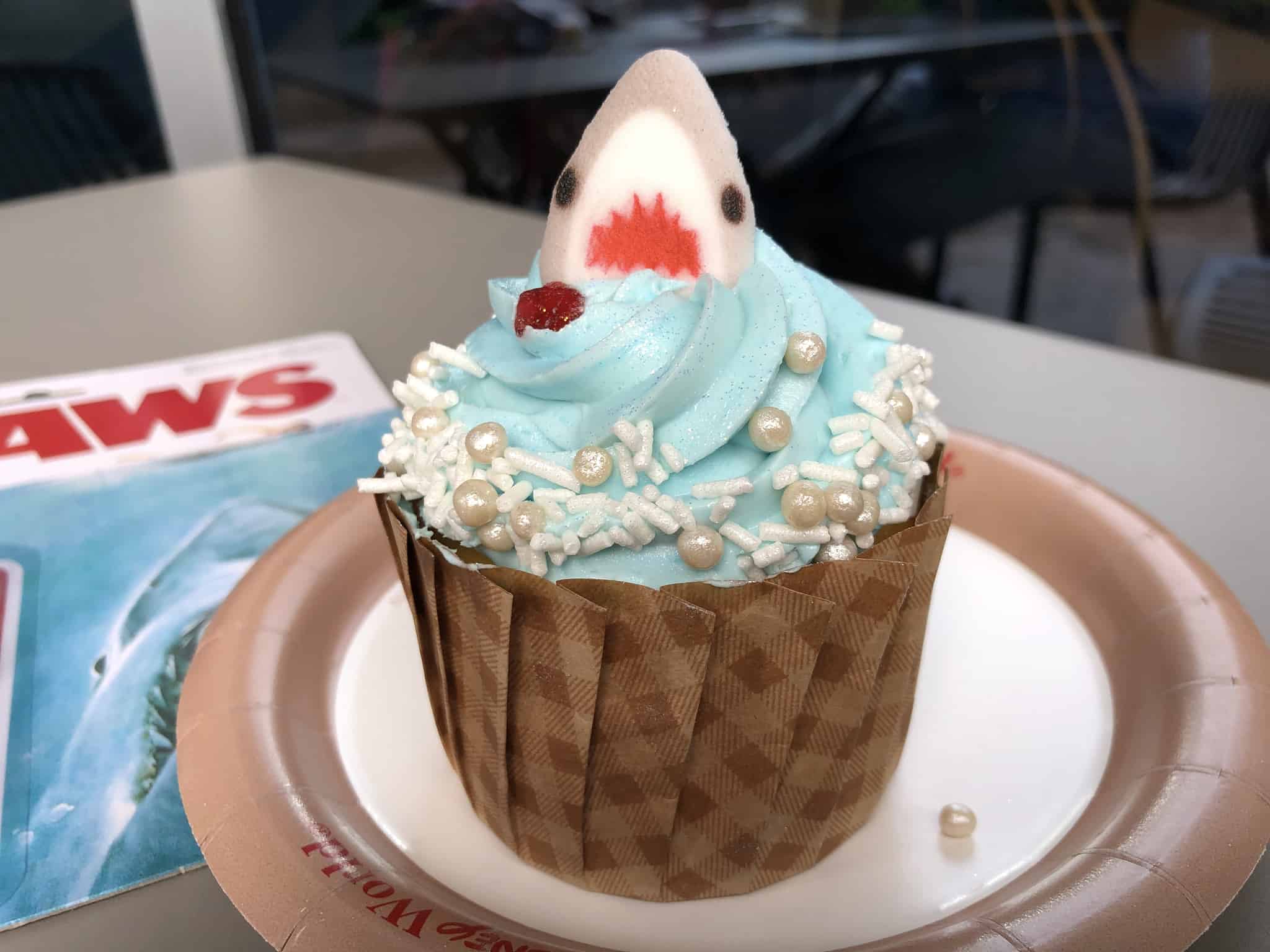 The cupcake features ocean blue buttercream with white sprinkles and crunchy pearls, topped with a droplet of strawberry jelly blood and a sugar shark piece. 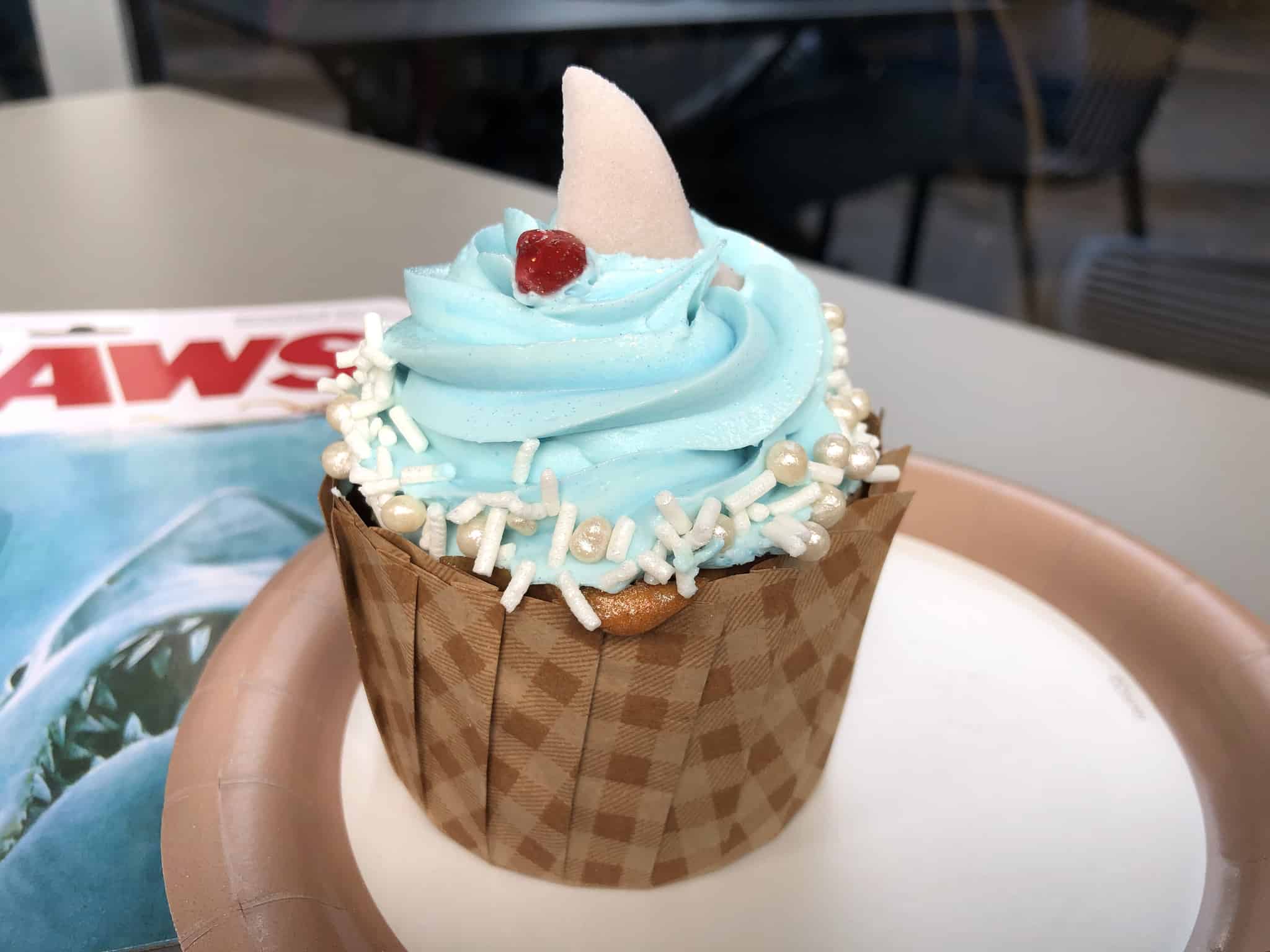 The shark fin version is exactly the same… but with a sugar shark fin. 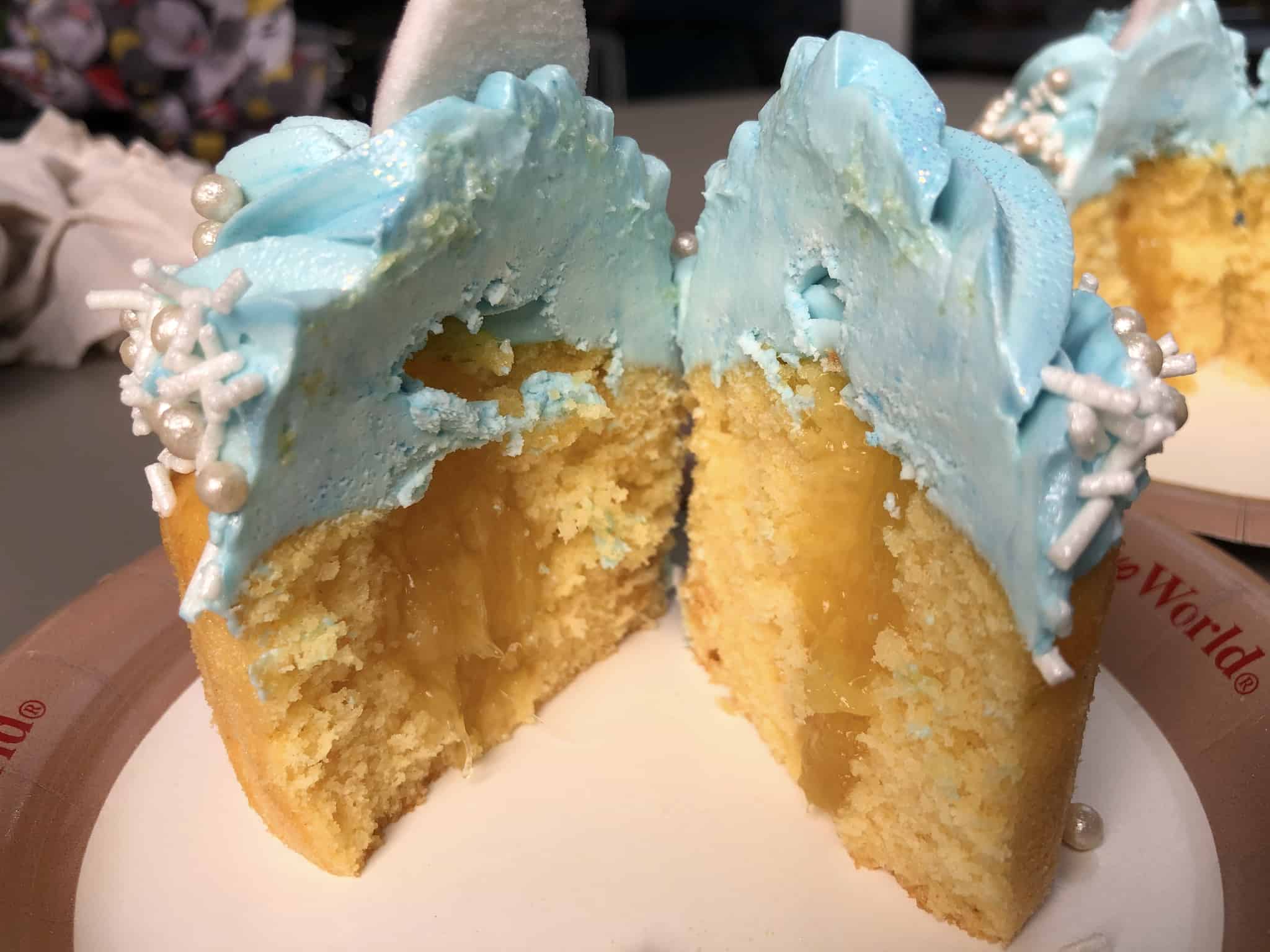 The vanilla cupcake base is filled with a chunky pineapple filling that doesn’t taste great on its own, but is fantastic with the freshly-baked, incredibly moist cake and sweet frosting. It’s really a fantastic cupcake, and given how many we review on a regular basis, you know that’s saying something. It’s also worth noting that at the time of the review, these were put out fresh from the bakery, so that might’ve also had something to do with how good these were.

This is definitely one of the most fun (and actually good) cupcakes we’ve seen across property, and we can’t wait to swim on over for more. You know, $3,000 buys an awful lot of cupcakes…