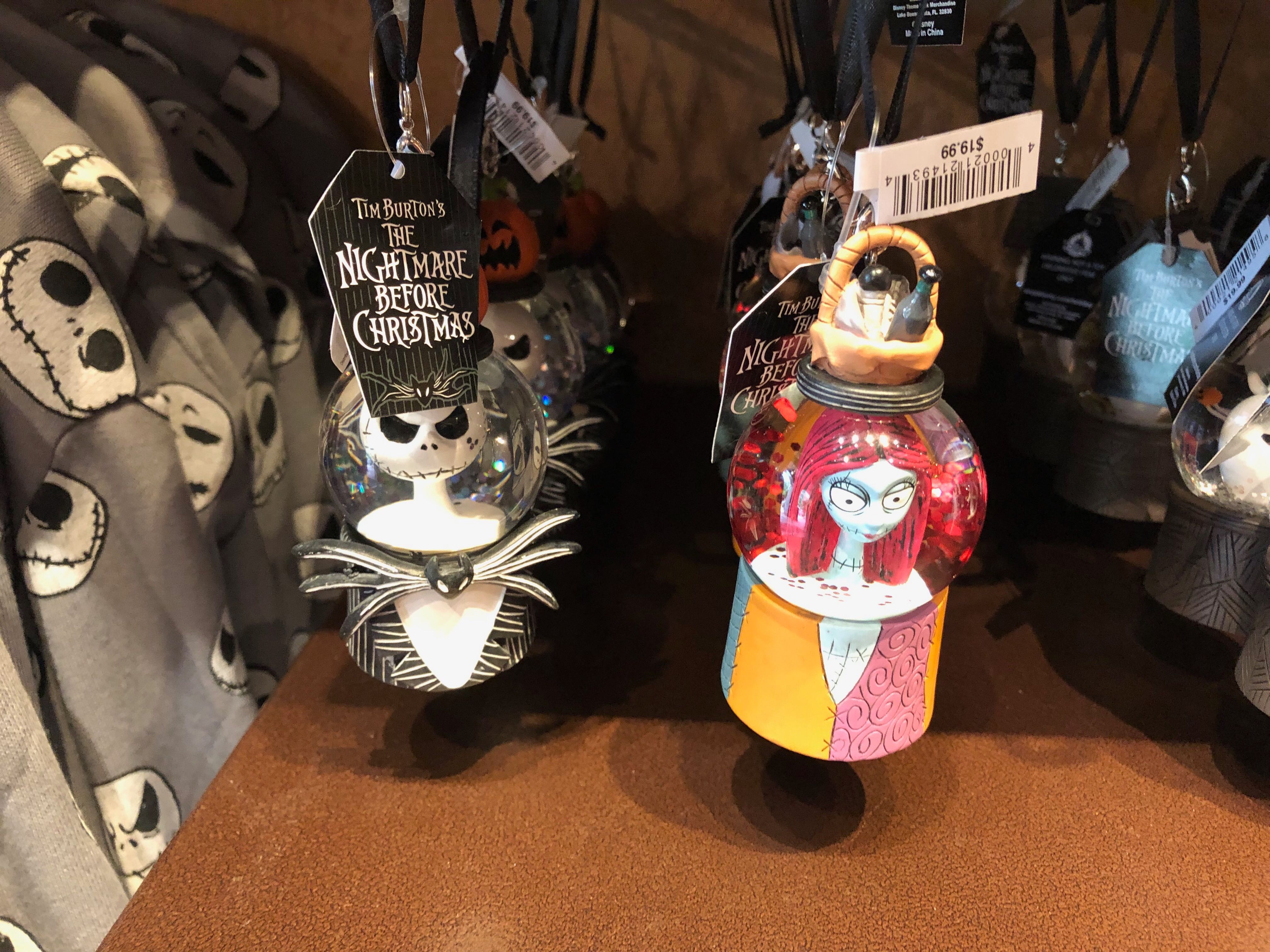 What’s this? What’s this? There’s new merchandise everywhere! With all the new Halloween merchandise being released yesterday, it seems that our friends from Halloweentown are already working on taking over Christmas! These brand new “The Nightmare Before Christmas” ornaments just dropped into Tower Hotel Gifts at Hollywood Studios. 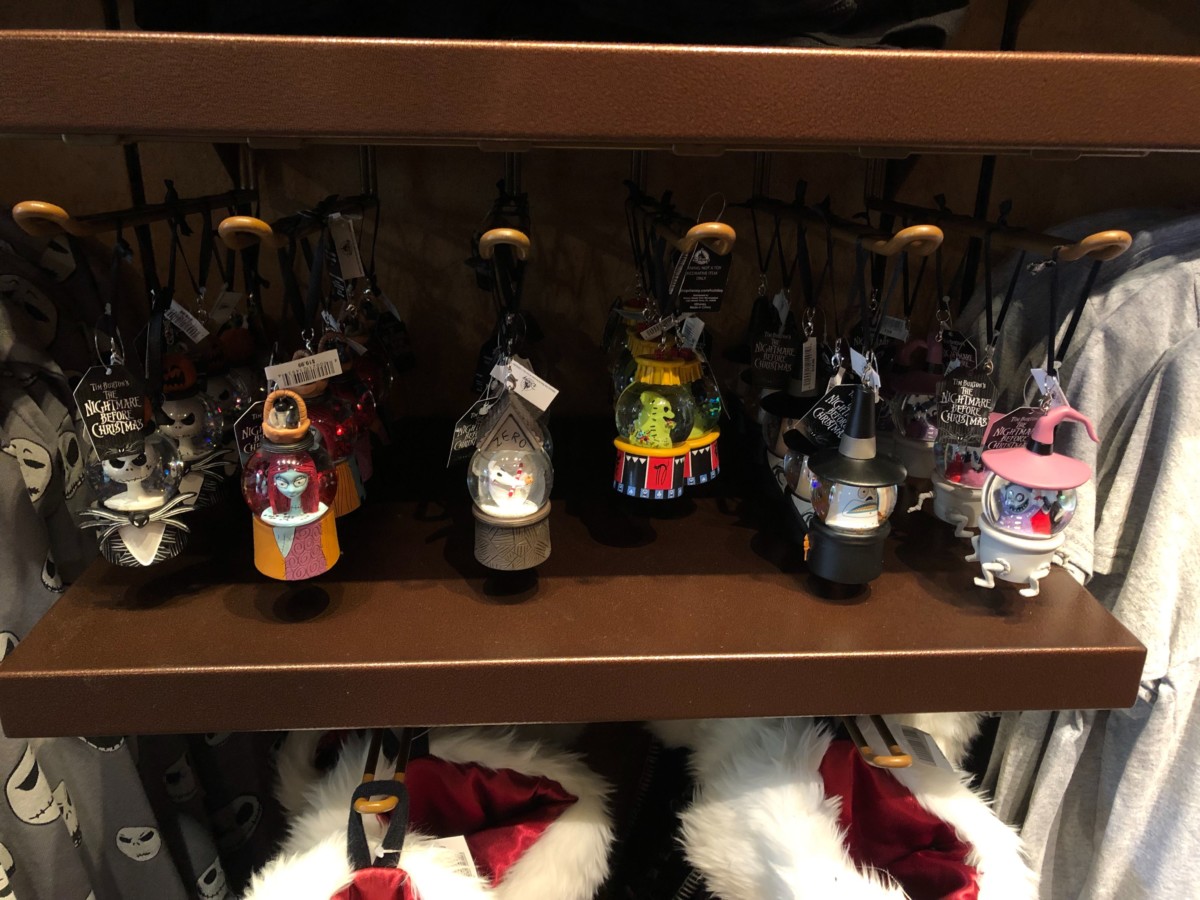 These ornaments cost $19.99 each and feature little nods to each of the characters encased in the snow globe. Let’s take a closer look! 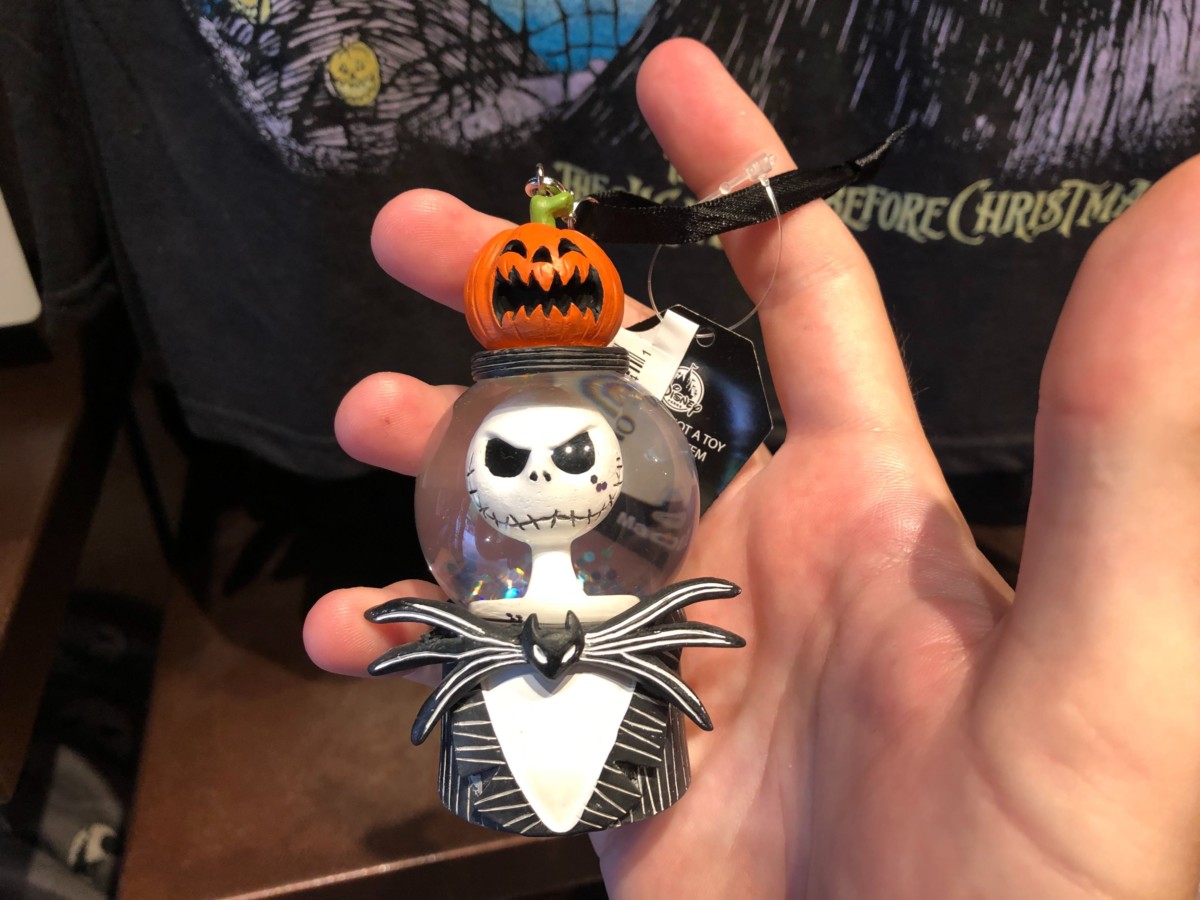 The Pumpkin King himself is featured here in all his nightmare’ish glory. The pumpkin adorning the top of the globe harkens back to Jack’s entrance at the beginning of the film. 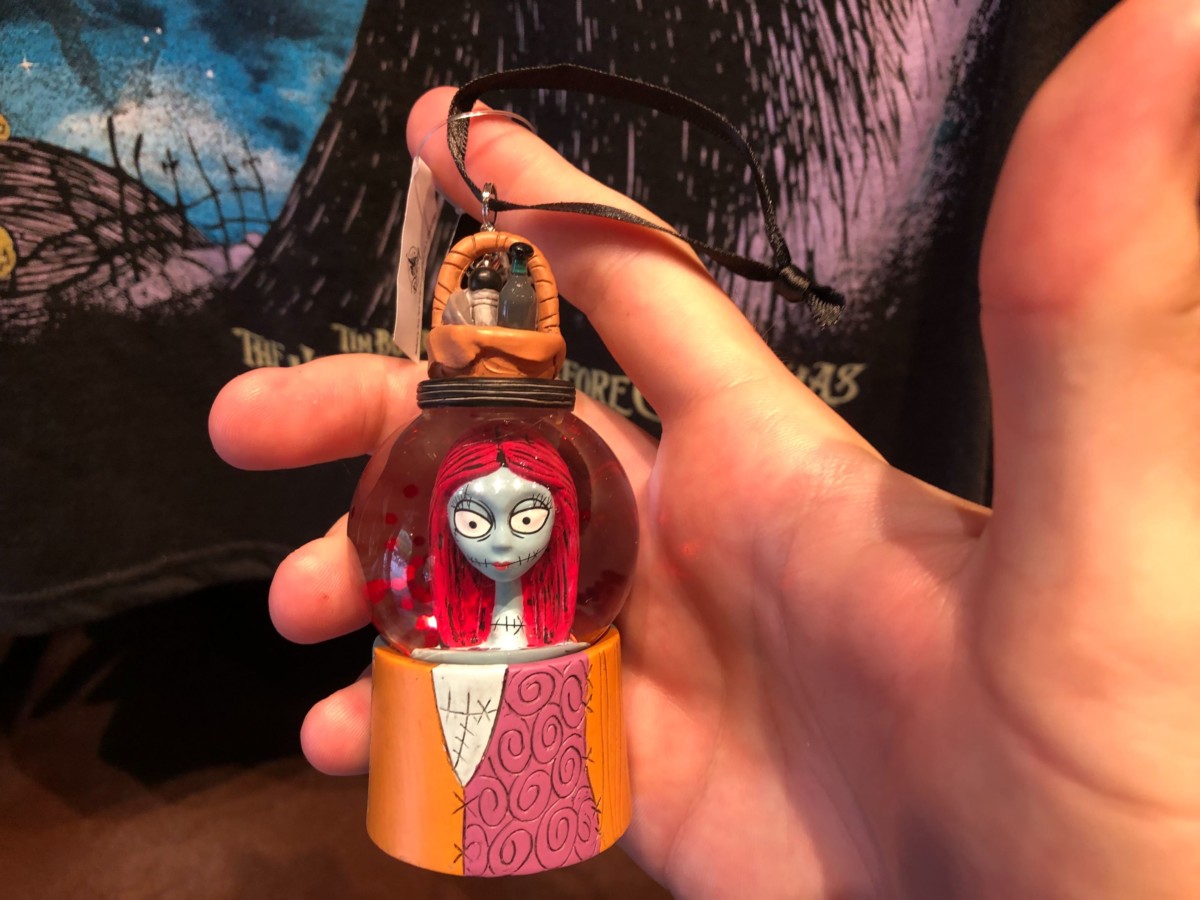 Sally’s patchwork dress makes up the base of this ornament. On top is the basket of treats that she sent over to Jack while he worked on understanding Christmas. 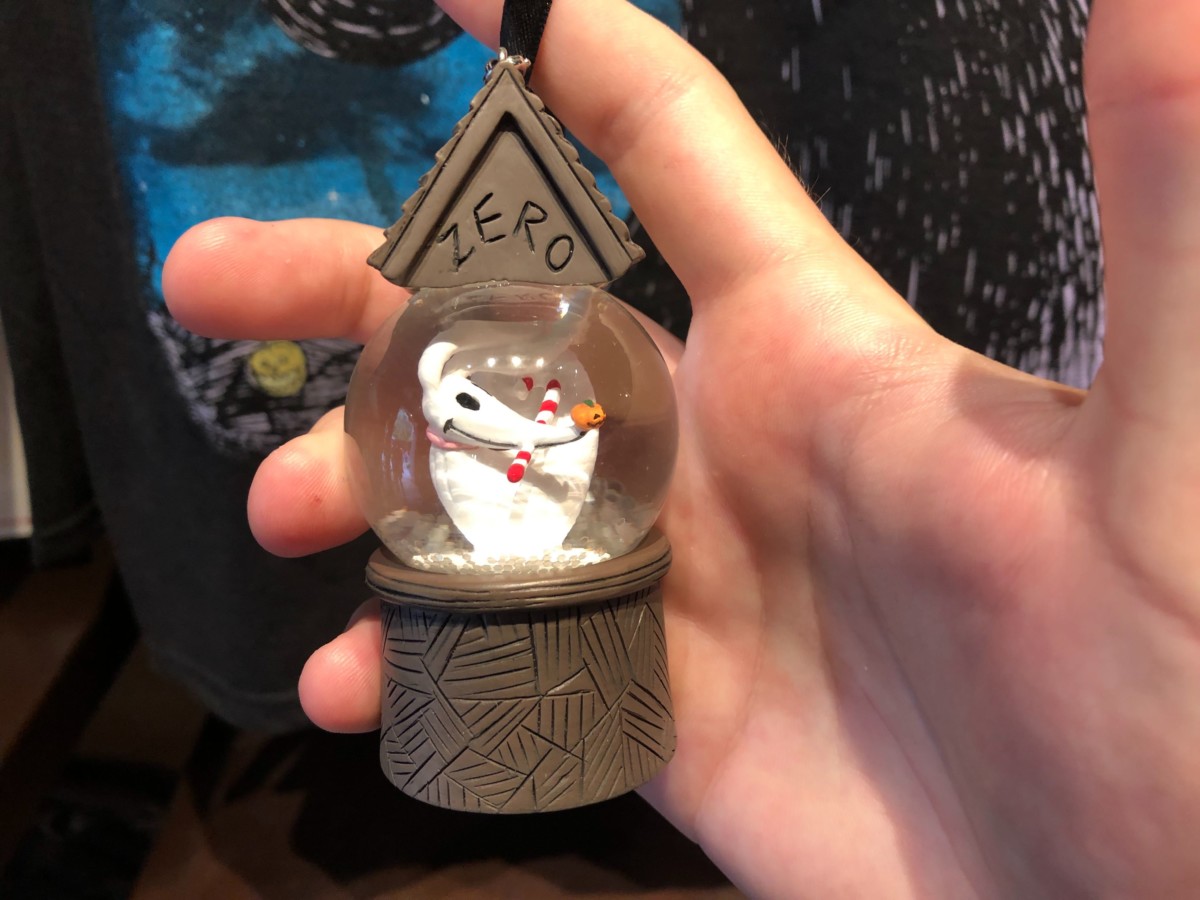 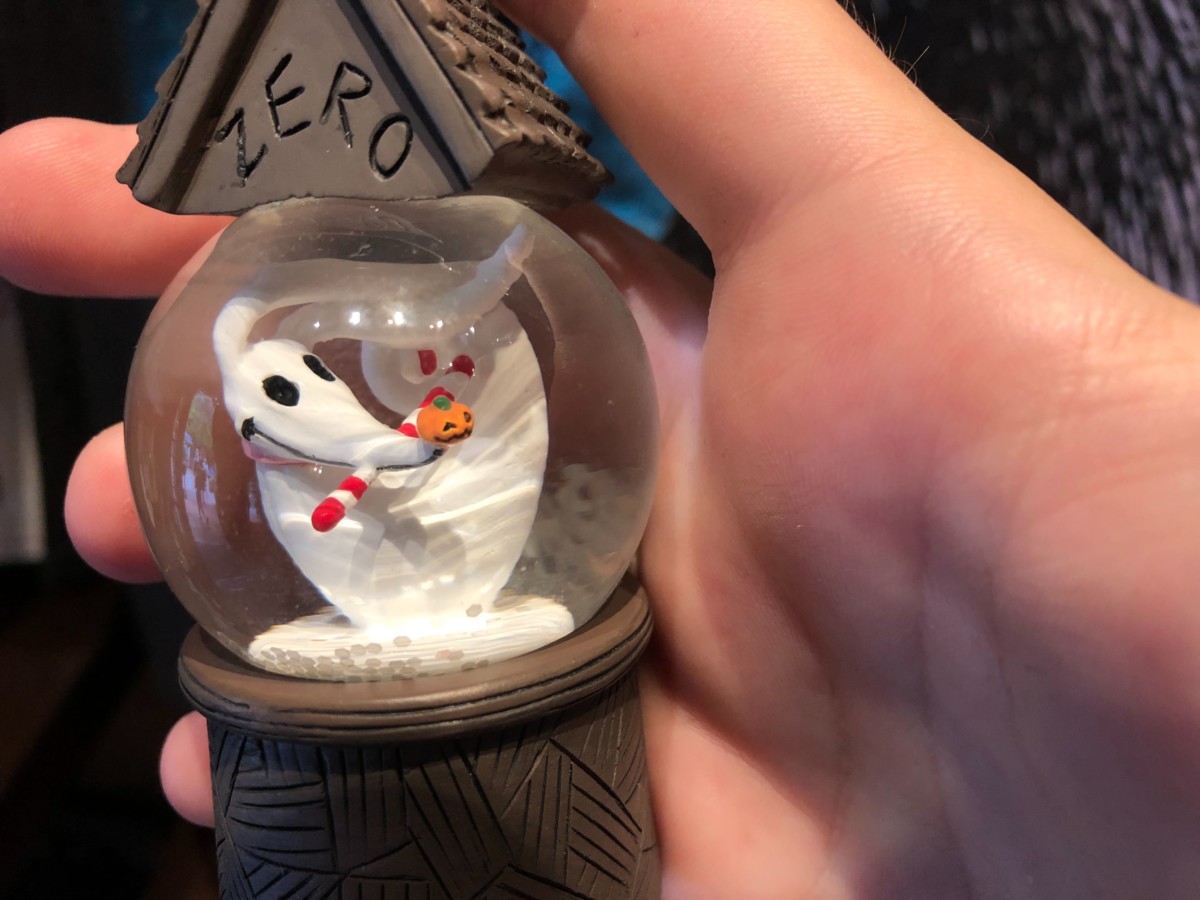 Zero is featured here with his pumpkin glowing nose and he’s even got the candy cane that Jack brings back for him from Christmastown. The ornament overall looks like his grave stone which he makes his dog house. 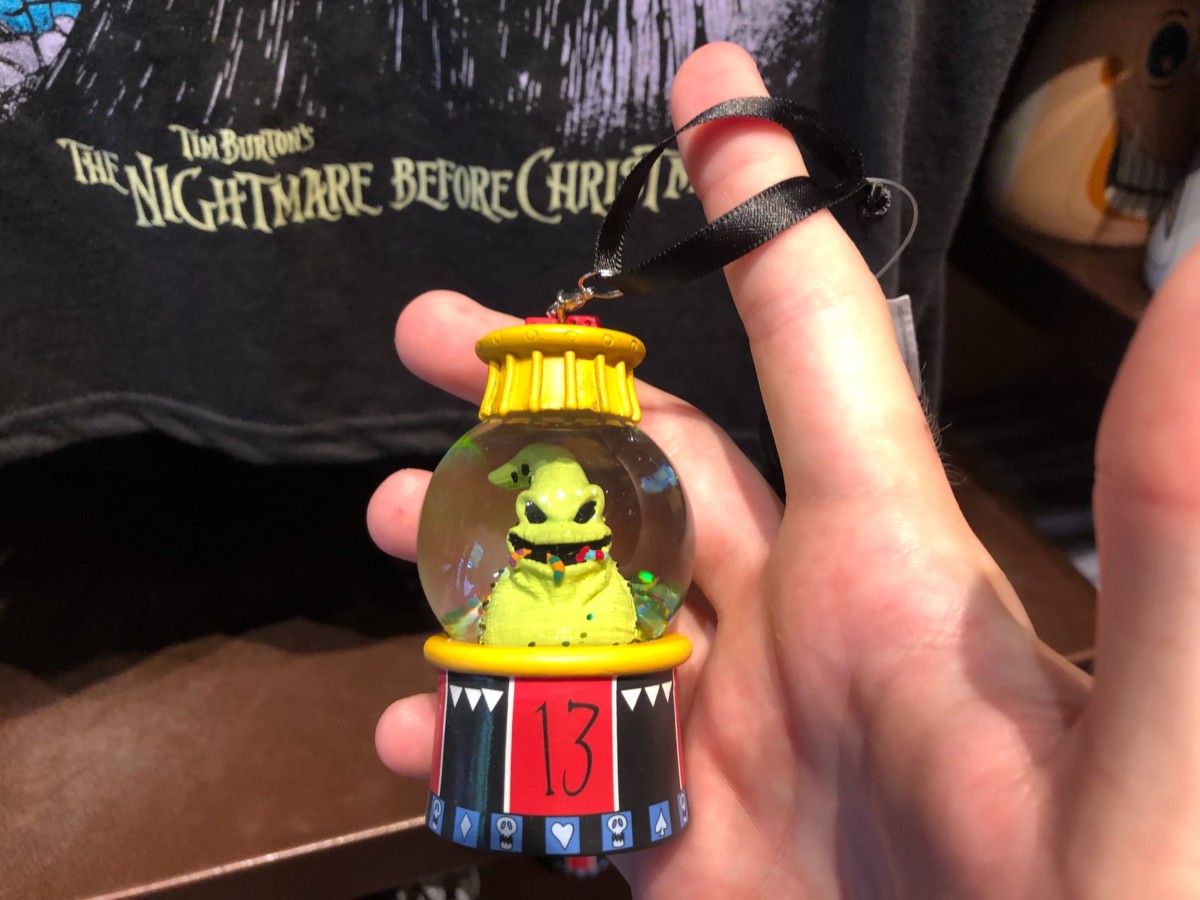 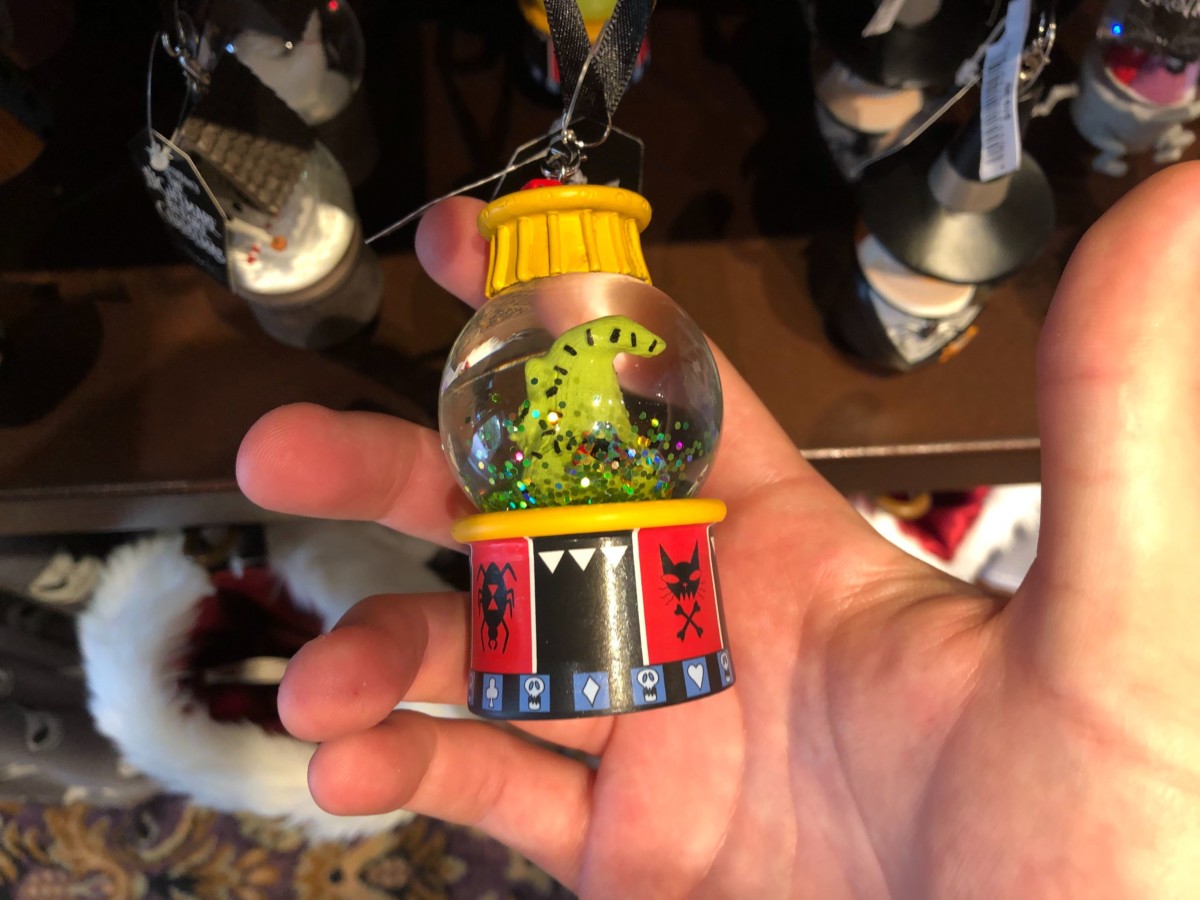 Mr. Oogie Boogie is shown here on top of his roulette wheel with his dice on top of the globe. You can even see a few of the creatures peeking out of his mouth here too. 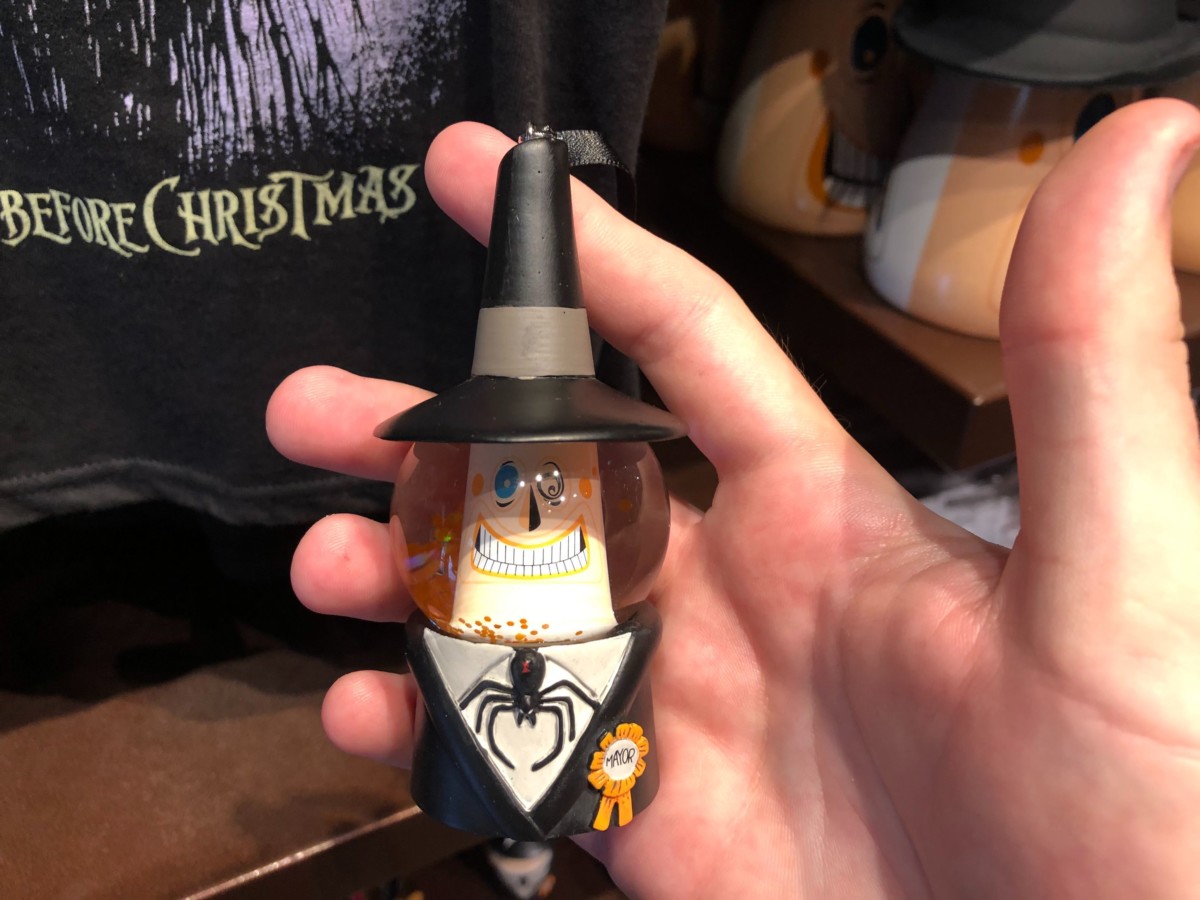 The Mayor is shown here with his cheerful disposition on the front, smiling with pride at all the inhabitants of Halloweentown. The back does feature his anxious side and panicked face. 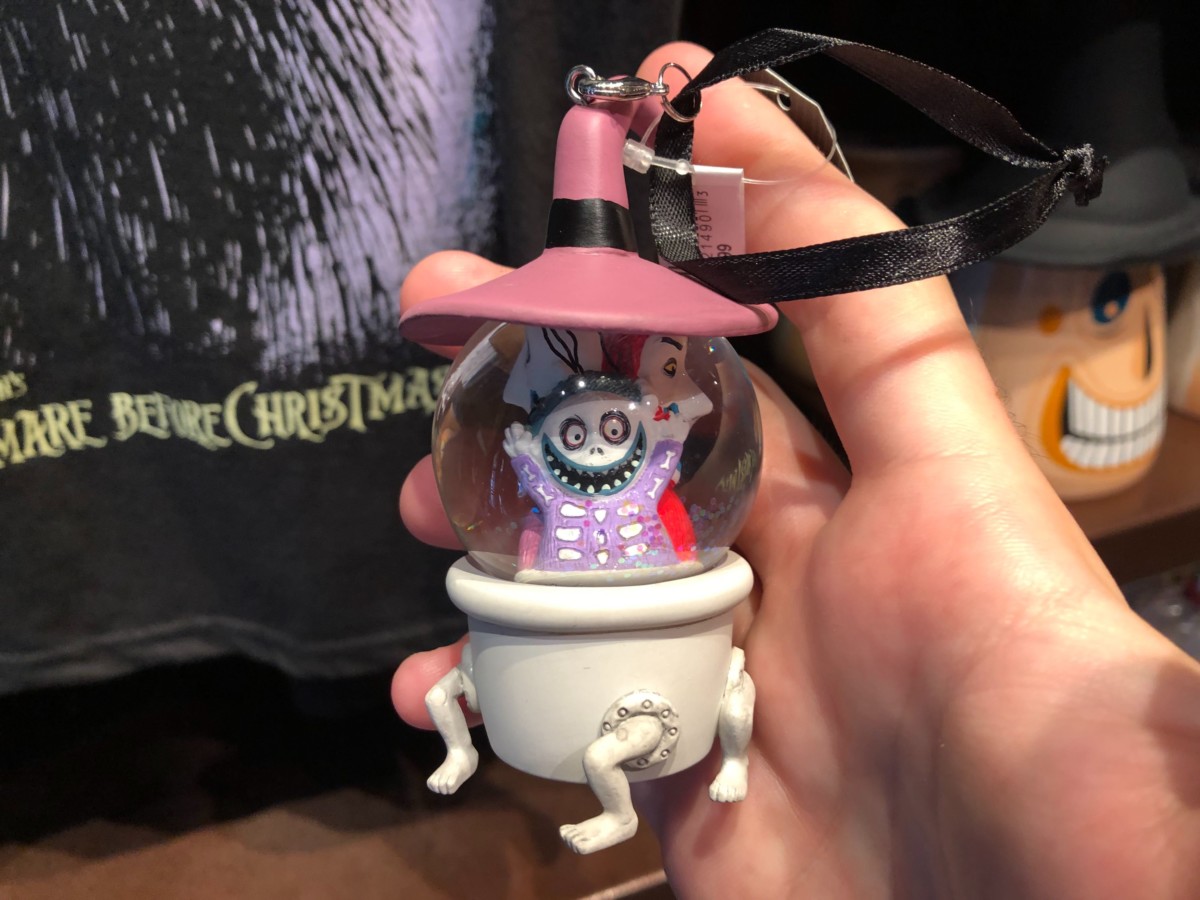 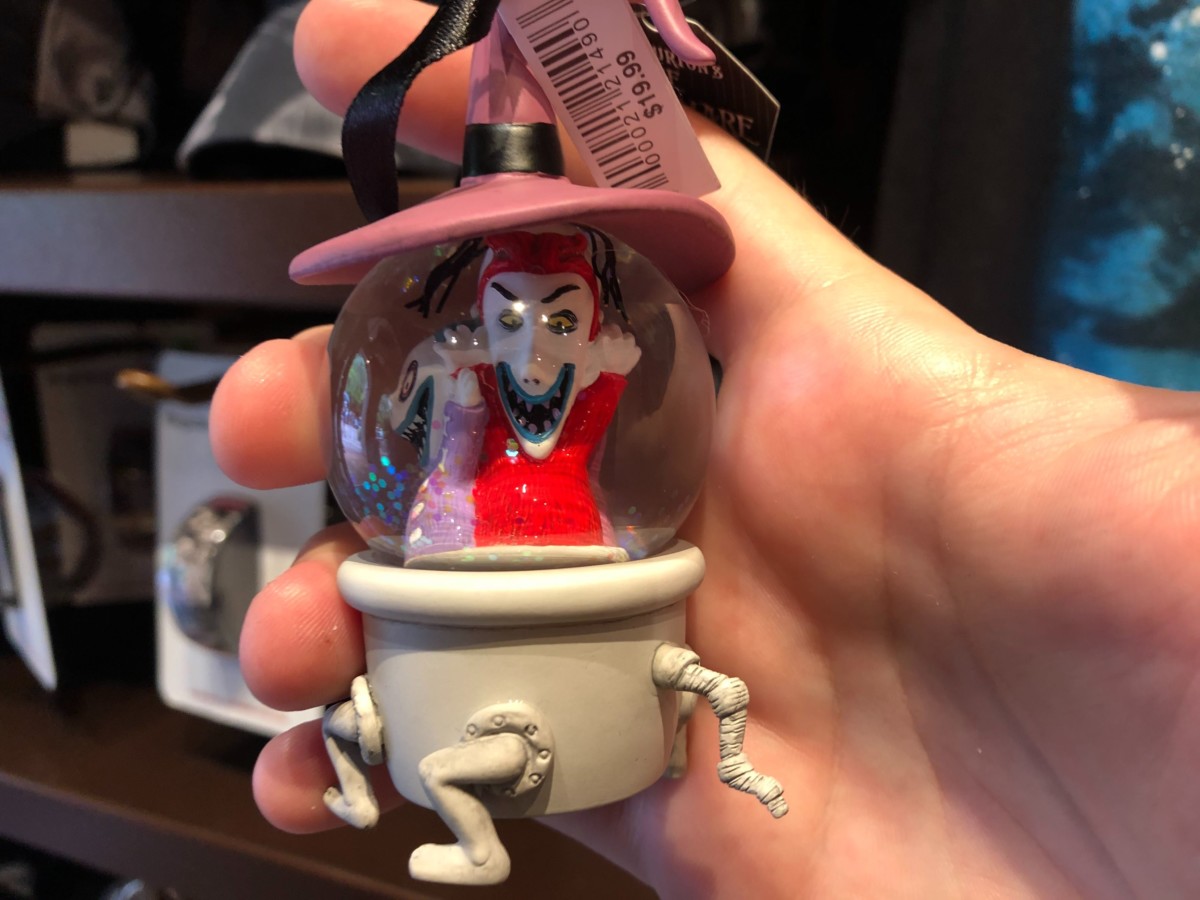 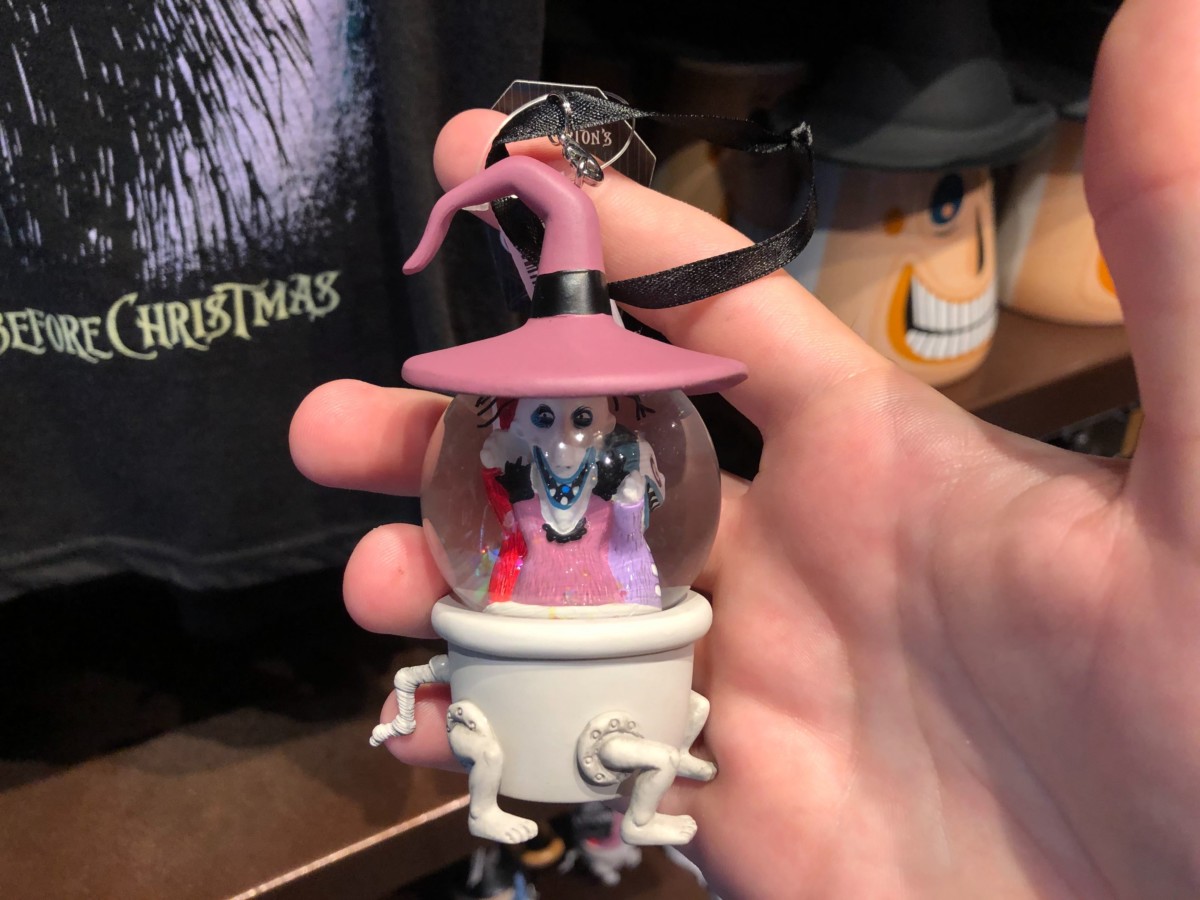 “Oogie’s Boys” are shown here ready to stir up some trouble in their claw foot bathtub. The top of the globe features Shock’s hat, as it’s a bit too tall to fit within it.

Is Christmas time is buzzing in your skull now with these new ornaments? Or are you just now in full Halloween mode with all the new merchandise released?

Next
REVIEW: New Featured Strawberry Minnie Milk Shake is Pretty In Pink at The Plaza Restaurant in the Magic Kingdom