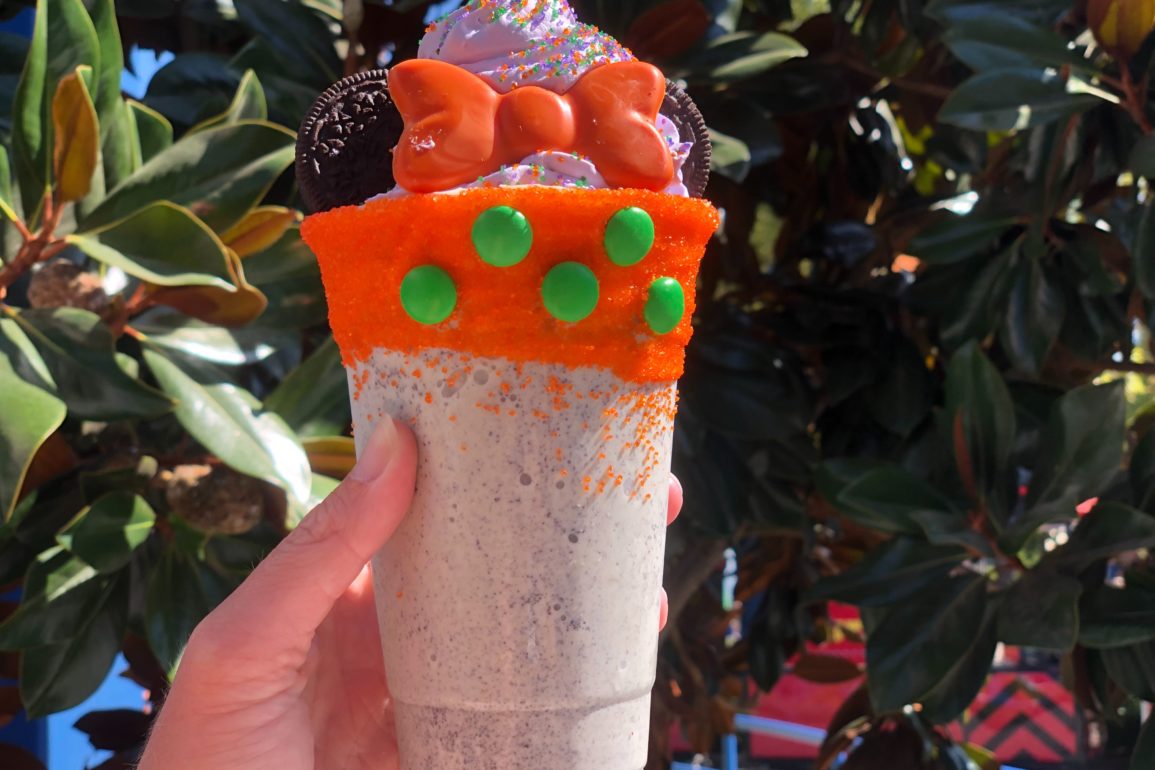 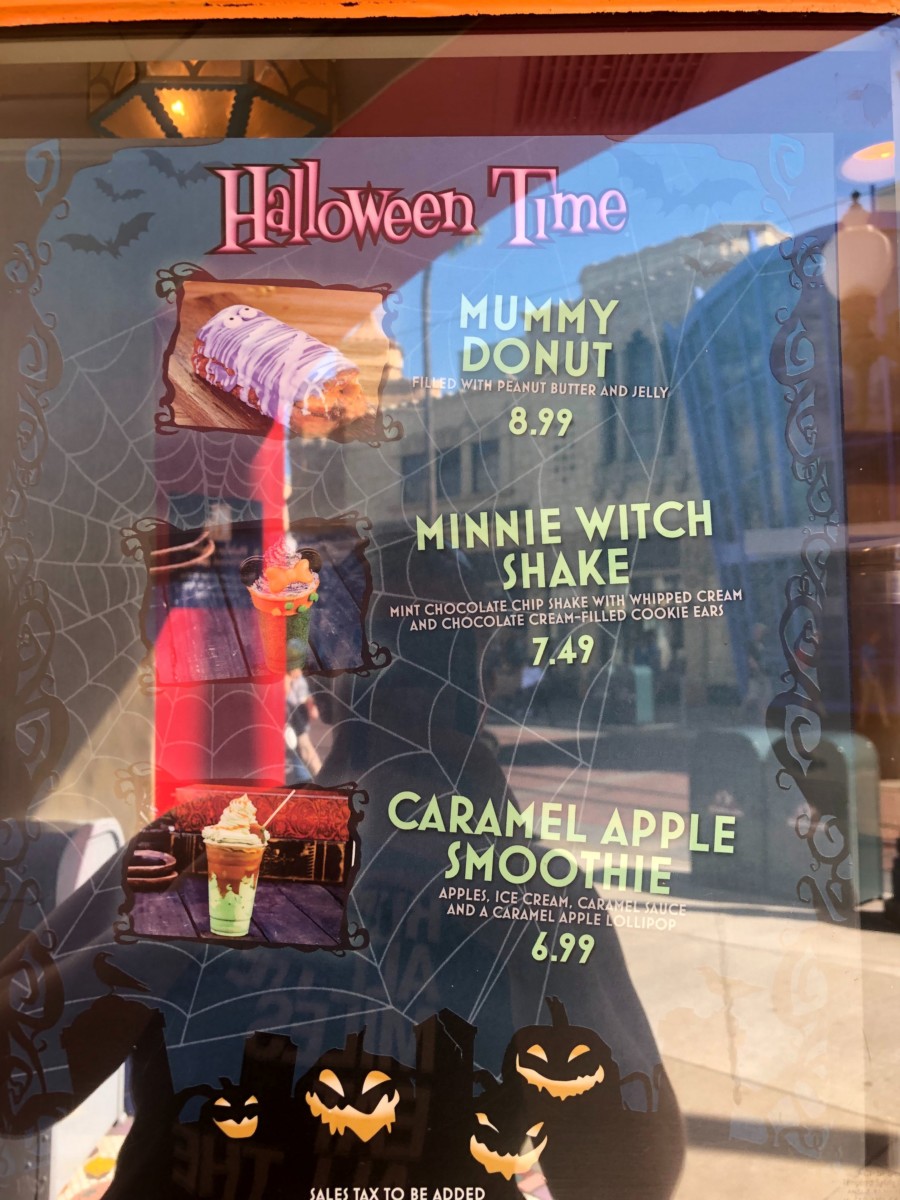 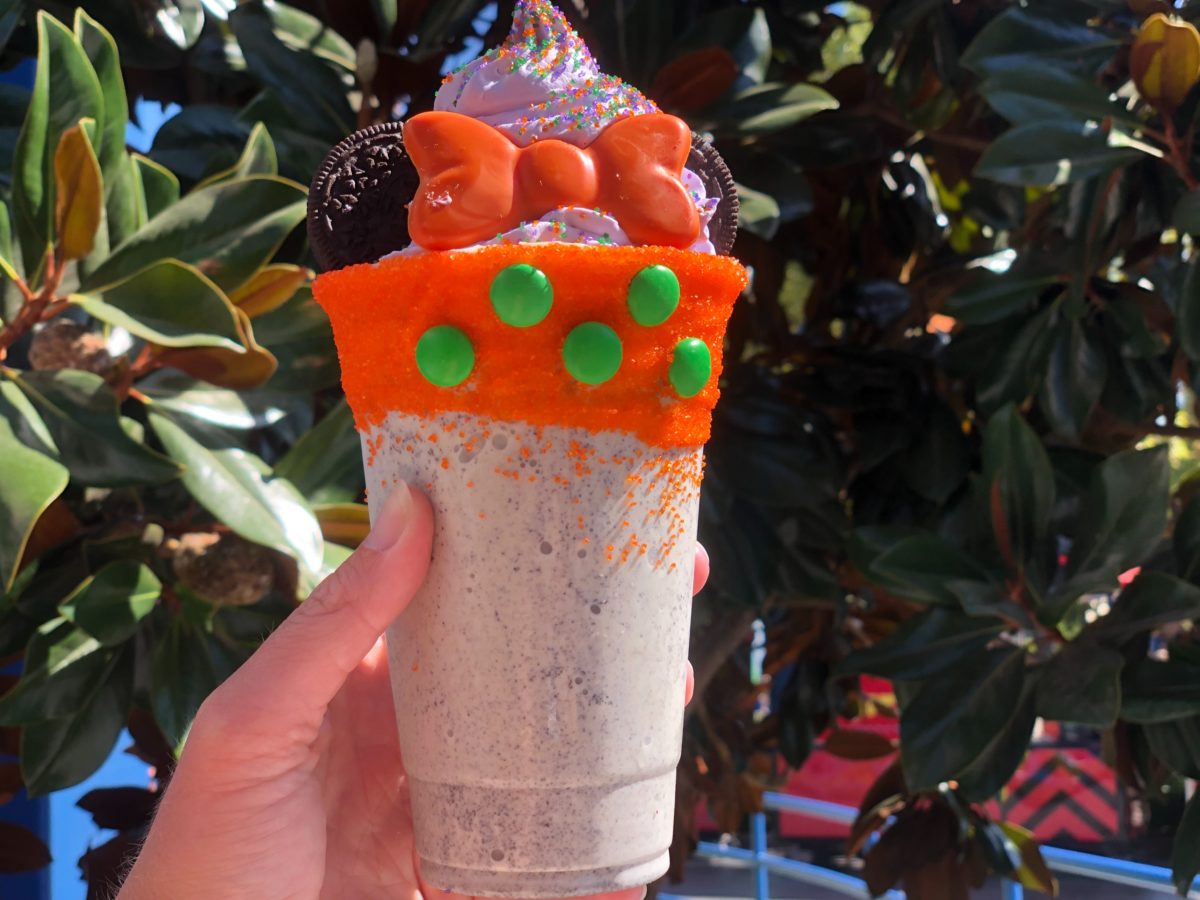 This is similar to the other cookies ‘n’ cream shakes they’ve had here all year. There’s a nice, subtle minty note throughout the shake, which also has a good consistency. It’s a quality shake for the money, especially considering that the Mummy Donut is a whopping $8.99 this year. 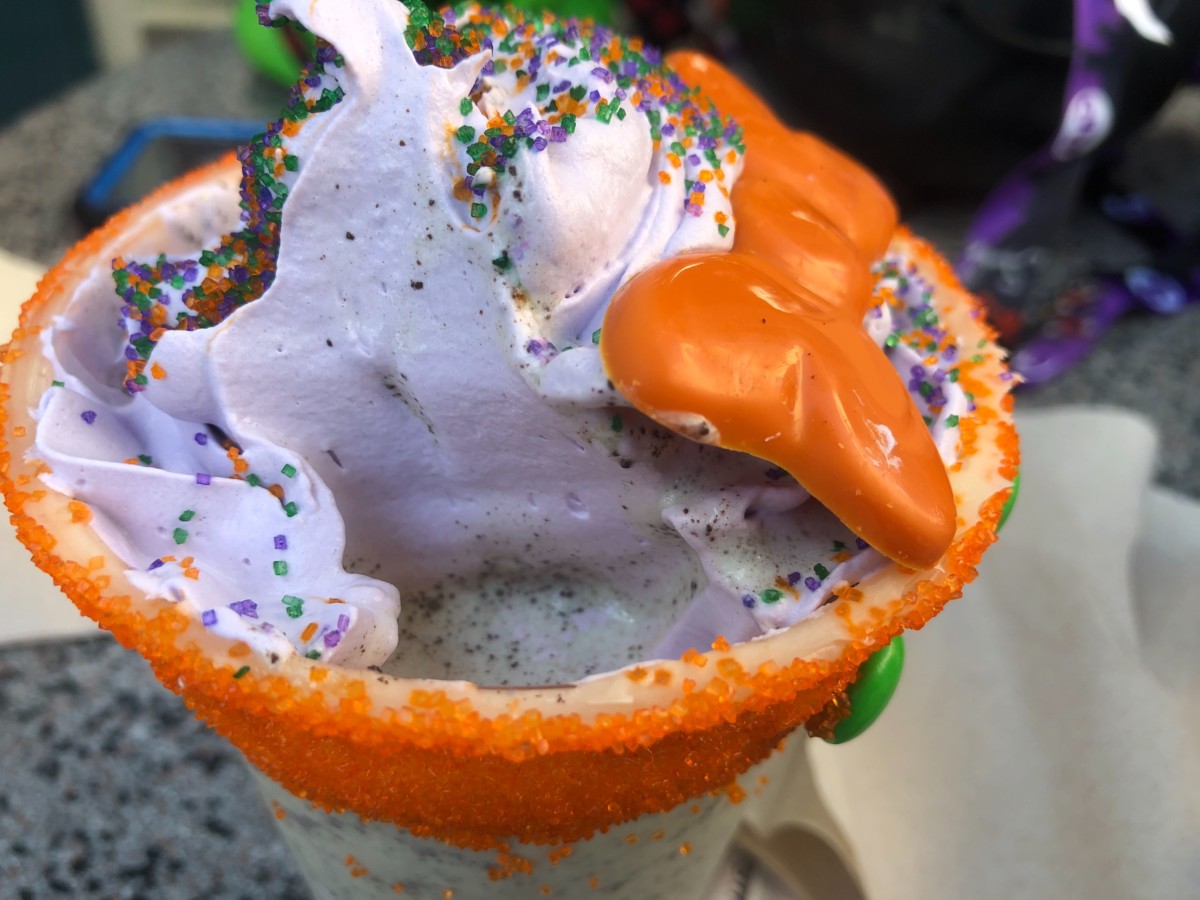 It’s cutely decorated with the chocolate Minnie bow and purple whipped cream. Do keep in mind that purple whipped cream on top has a bit of a chemical taste to it due to the tons of coloring. The actual shake is delicious, though, if you like minty cookies ‘n’ cream. Think of this as a Thin Mint in shake form. 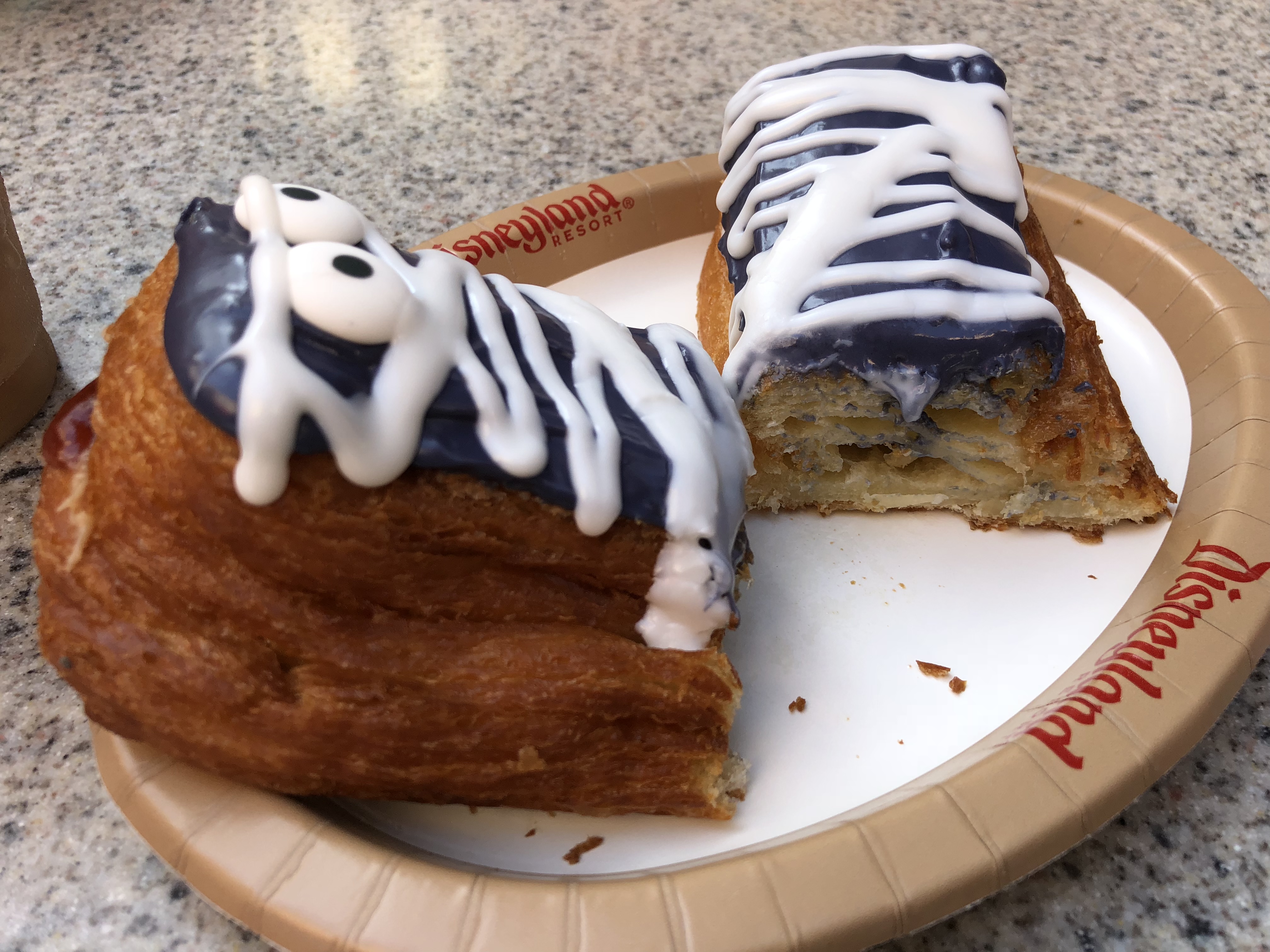 One thing I will say is that the filling can be inconsistent. We’ve had a few of these and they are either filled to the brim with PB&J or there are large pockets without it. Either way, you should still get one. 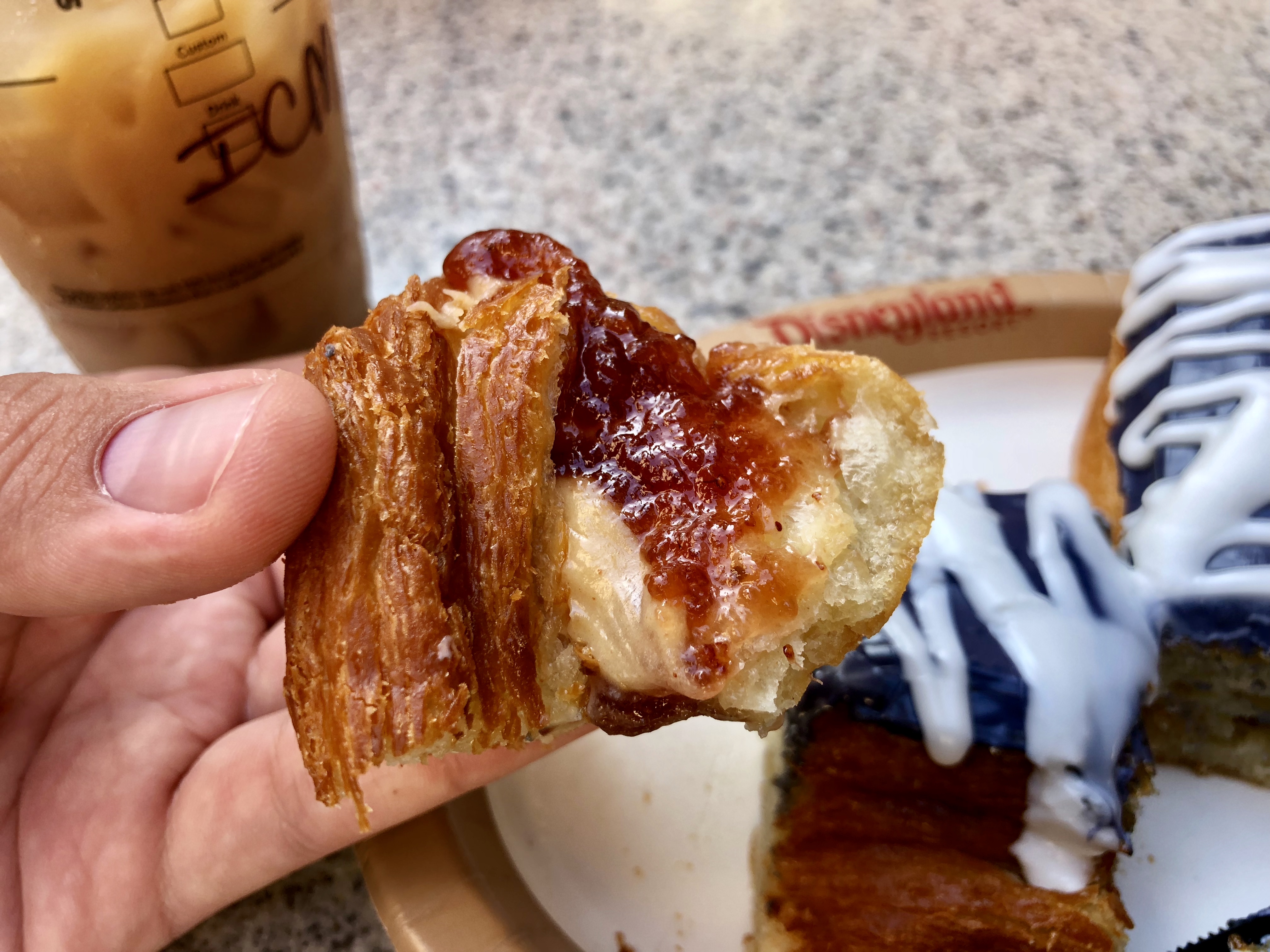 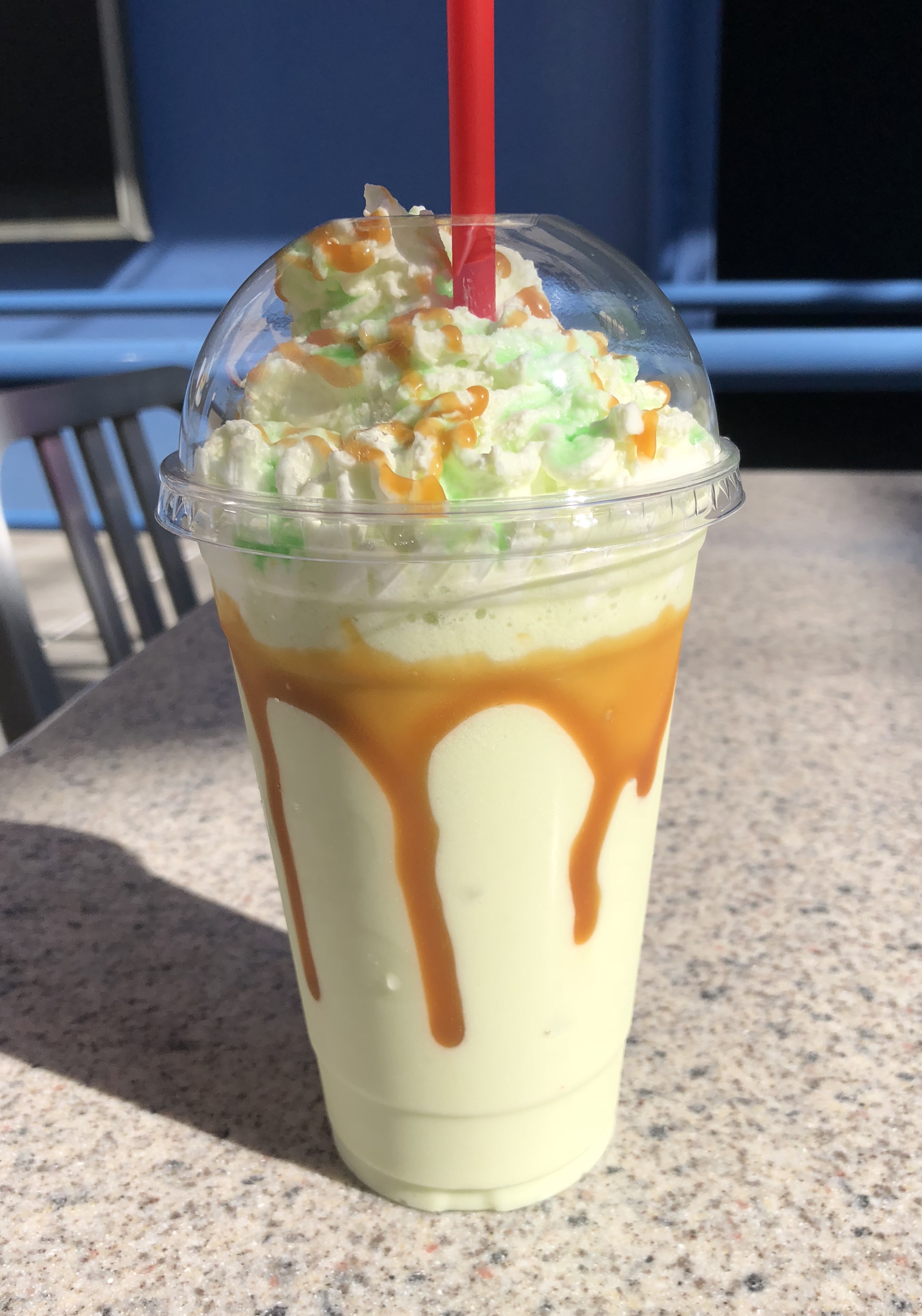 It is what it is titled, a smoothie flavored like a caramel apple, but the flavor has been distinctly altered from last year. While light on the caramel, it now has a more artificial apple flavor that isn’t all that enjoyable. If they go back to the old recipe, I’d get this again, but the current version is a big letdown. Luckily, everything else here for Halloween Time is not.

These 3 items are available at Schmoozies in Hollywood Land at Disney California Adventure during Halloween Time, now through October 31st, 2019.